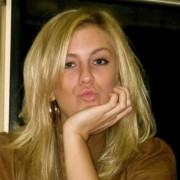 Jayne Ricco
Jayne is a lawyer by day and a traveler and writer by night. She caught the travel bug at just six years old when her parents took her to England for a vacation and she insisted on speaking in an English accent even after leaving! Raised in Dallas, Texas, Jayne hightailed it to New York City when she was 21 to pursue her law degree. She stayed there for six years before returning to her home city, where she enjoys a much less expensive life that fuels her travel budget. Some people spend their money on clothes, cars, and houses. Jayne spends hers on adventures. Part of traveling the way the locals do is recognizing that an expensive trip isn’t necessary for a “rich” travel ...

Admittedly, it can be nice to arrive in a new country and head ...

There has been a lot of discussion on social media lately about women ...