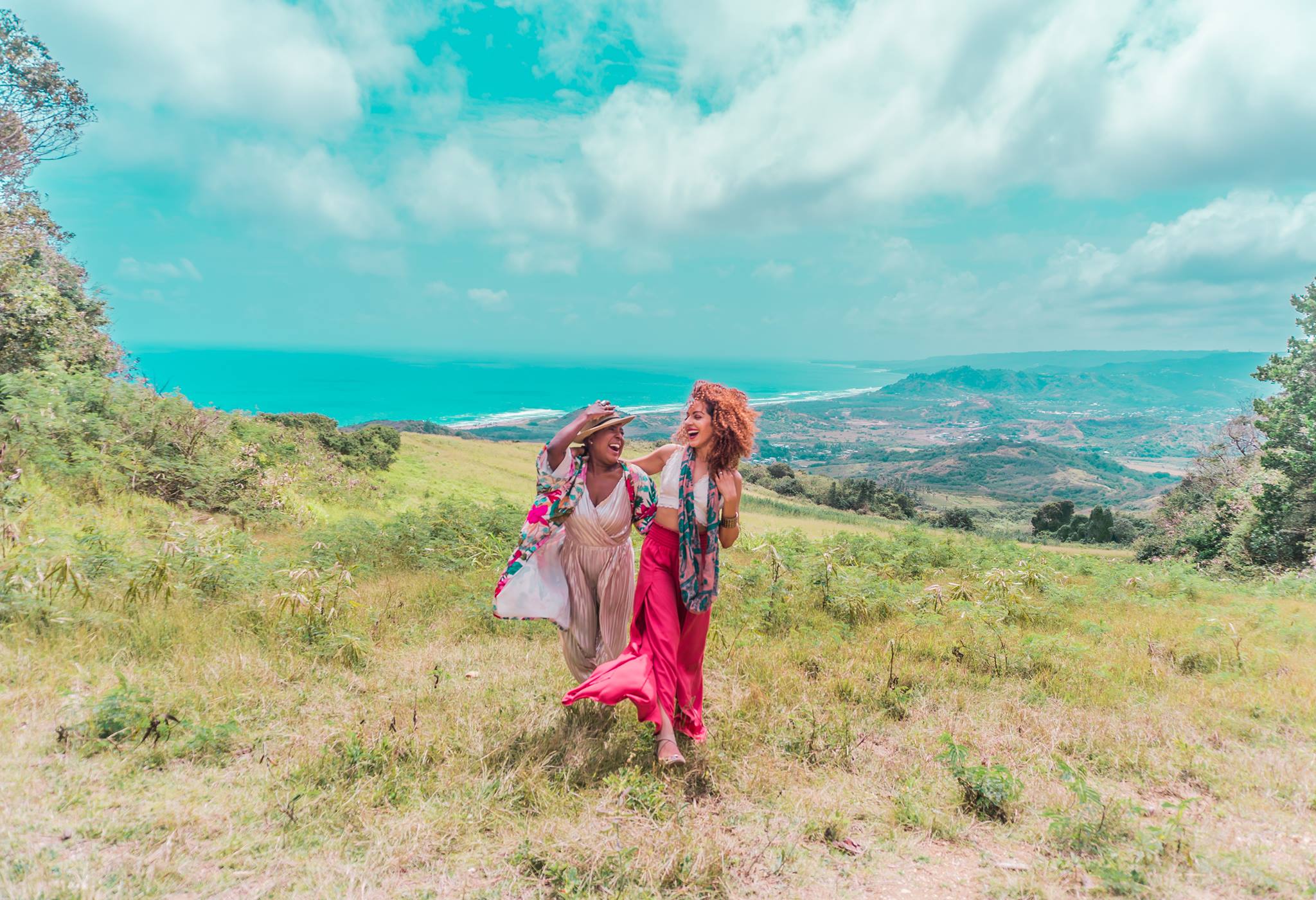 It’s not every morning you get to wake up and start your day talking to two of the most inspiring women around.

I was recently fortunate enough to chat with Ashley Renne and Danny Rivers-Mitchell, two travel entrepreneurs and women of color who have come together to create a new venture, Collab Don’t Compete.

Collab Don’t Compete is in the early days yet – Ashley and Danny announced this collaboration on their Facebook and Instagram pages just last month – and while they couldn’t reveal to me their first big project, they promised me it would be “mind.blowing.”

But there’s no real surprise there: Ashley and Danny have been making waves in the travel industry for a number of years, not only as two highly successful entrepreneurs but also for the inspiration they give to women travelers of color.

Ashley, a professional photographer and videographer (who credits Wanderful’s Women in Travel Summit (WITS) as her first client once she went 100% freelance), is the brain behind Travel Lushes, a travel blog, YouTube site, and Instagram account all about traveling more sustainably.

Back in 2016, Ashley attended the third-annual WITS in Irvine, California, where she says what resonated with her was the need to stand out from the crowd. With her passion for sustainability and green living, she was able to hone in on a specific niche, and soon her platform completely took off.

Meanwhile, about three years ago, Danny created Black Girls Travel Too, an online forum that she says started as a rebuttal to some of the narratives she heard from her black women friends.

The most common refrain that Danny – an avid traveler since a transformative seventh grade domestic trip from her hometown of Mobile, Alabama, to Washington DC – heard from women of color around her was that travel was just not for certain people cultures or certain kinds of people, namely black people.

“I wanted to put out to the world that we’re out here traveling,” Danny says. “I wanted to be a bullhorn, to say to you – to other people of color – to not count yourself out. I wanted to create a space where there are more yes’s than no’s to new experiences within the black culture.”

One of those people was Ashley Renne.

Ashley had been featured on Black Girls Travel Too’s Instagram several times before they ever met.  But in April of 2017, both Ashley and Danny found themselves attending Wanderful’s 2017 Women in Travel Summit in Milwaukee. Danny spent the whole weekend searching for Ashley everywhere so that she could introduce herself. But Ashley – the ever-so-dedicated WITS ‘17 videographer – was filming pretty much all over the place, and just couldn’t be found until the very last day.

After a quick meeting, the two briefly stayed in touch over the next few months. Danny actually credits Ashley’s persistence with keeping their connection going (“She emailed me every week just to check in!”).

But it wasn’t until eight months after their fateful meeting at WITS that their first official collaboration happened; when Danny hired Ashley to join her as the official photographer and videographer on a four-country site visit for Black Girls Travel Too.

From the moment they saw each other again at the airport, they both say they felt the magic.

“We just had an instant friendship,” Ashley says. “We have so much mutual respect for each other. We have very different skill sets but they compliment each other so well, which we learned on that trip.”

During the aforementioned four-country tour, on which Ashley was producing content for Black Girls Travel Too, both Ashley and Danny began to feel like there could be more there – that they could take their collaboration further.

It started when Danny offered to take photos of Ashley for her own Instagram, and flourished when Ashley started providing Danny with some photography tips (“I’m not a photographer, but Ashley was so patient with me,” Danny says. “She really trusted me with her gift, her skills, her talent”).

At the same time, Danny was really open, sharing her vision, hopes, and dreams for Black Girls Travel Too – something Ashley says she didn’t take lightly.

“A lot of people don’t want to share information,” Ashley says. “They want to horde information instead of helping their fellow creatives out. I think women, especially women of color, often feel like there isn’t room for more than one at the top, so they don’t want to give anything away.”

During the course of the trip, Ashley and Danny spoke to each other about their frustrations with the lack of collaboration and support in the travel industry, as well as the industry’s lack of diversity (something, they note, has recently been called out by other bloggers of color, including Oneika the Traveller, The Blog Abroad, and One Girl: One World).

“You look at the travel industry – things are starting to happen (for women of color). But why has it taken so long?” Ashley says. “We travel and we spend a ton of money on travel, yet across the board in travel marketing, we are not being represented.”

For Ashley and Danny, this trip made them realize that they could do something to move the mark in the travel industry: they could showcase two women of color working together in a way that values collaboration and mutual respect over competition. Enter: Collab Don’t Compete.

Collab Don’t Compete is gearing up to launch some very exciting (but at the moment, top secret!) projects, but Ashley and Danny both say their vision is far-reaching.

“We really want to solve the problem that so many people have been talking about lately: why is there such a lack of diversity in the travel industry?” Ashley says. “This is our way of coming up with a solution.”

“There are so many extremely talented and motivated people doing it by themselves,” Ashley adds. “A lot of us just don’t work together, and we’d love to see that change.”

“We want to show that women can not only work together, they can create some dope shit!” Danny adds with a laugh. “There needs to be more collaboration. And we hope we can inspire people to pull the trigger.”

“We just want to be examples of what’s truly possible if you choose to change the narrative.”

The entire team at Wanderful cannot wait to see where Ashley and Danny – two remarkable women (and both WITS ‘18 speakers!) – take Collab Don’t Compete. Follow along their groundbreaking journey on Facebook and Instagram. 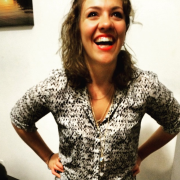 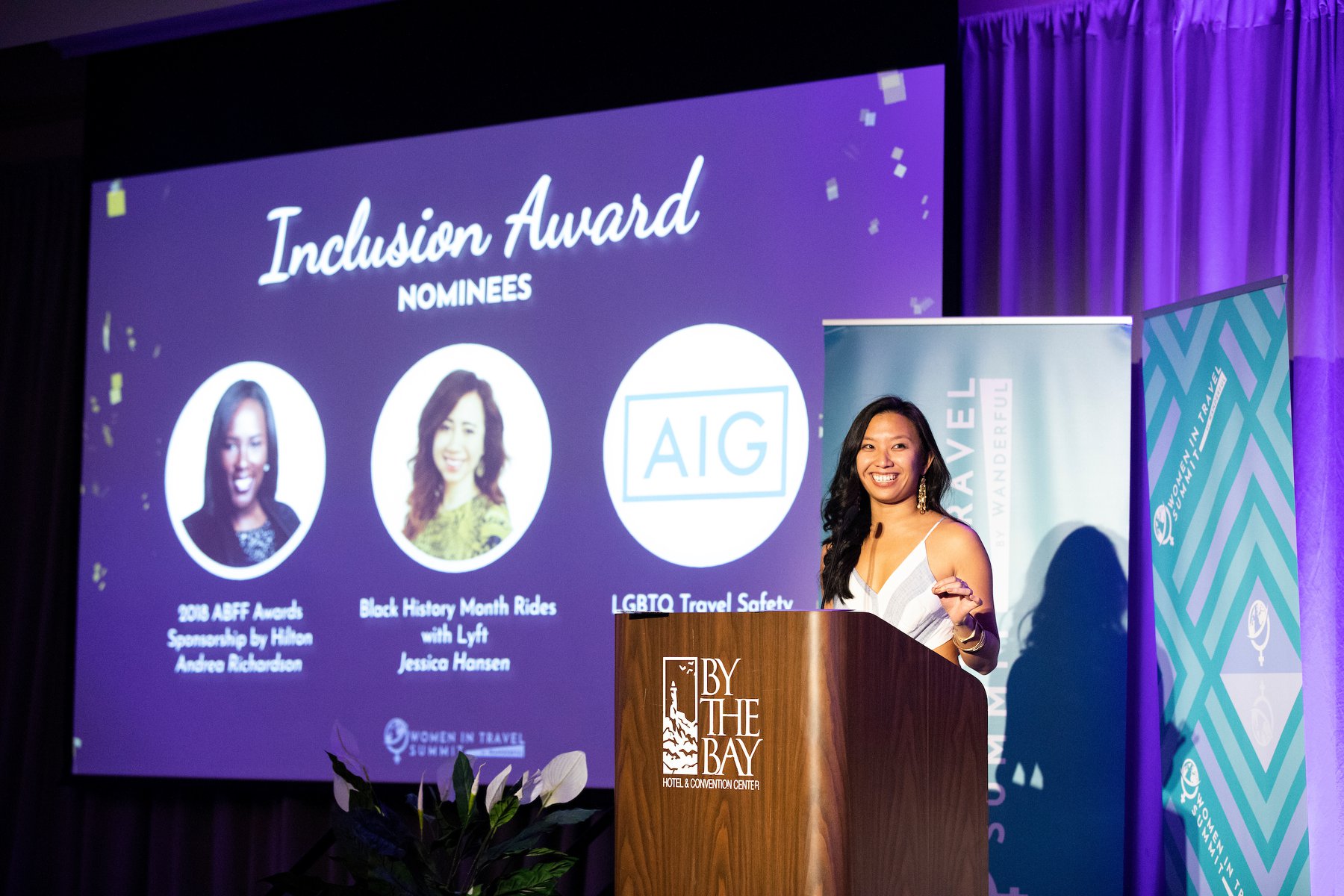 Micro-Influencers will drive the travel industry in 2021. Here’s why.

I’ve had a lot of conversations the past few days with people working ...