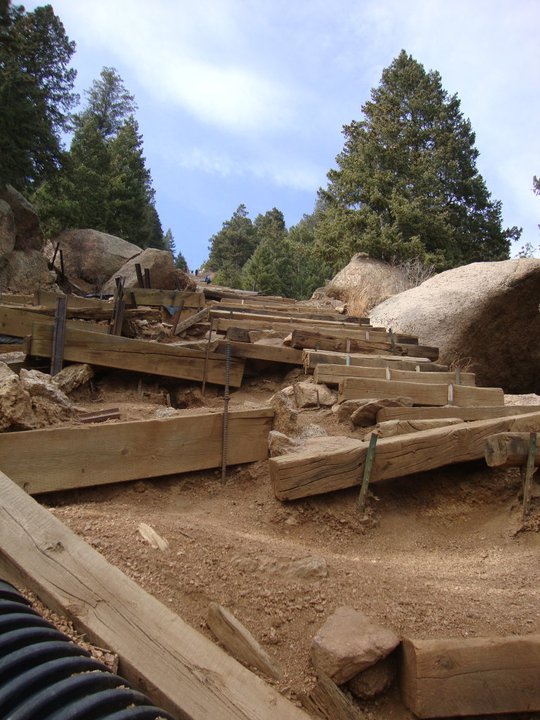 The camera's not angled...that's how steep it really is!

“Let’s hike the Manitou Incline,” I said to Nick one beautiful Saturday morning. It was an idea that had been inspired by a friend’s passing reference to “the trail you can see from everywhere” on Rocky Mountain in Manitou Springs, Colorado. We looked at photos on the internet, and what should’ve been an immediate turn-off- a mile-long climb up rickety wooden railway ties that had been haphazardly stuck into the mountain’s face- looked oddly appealing. It seemed like one of those feats of strength that would be reasonable to accomplish but earn us some fabulous bragging rights. So Nick agreed, and after we’d geared up, we set off.

The Incline is, in fact, visible from several miles away. It looks like a long, ugly scar on the side of the mountain, and only gets more intimidating as you get closer- especially when you realize that the trail doesn’t switchback, but instead heads straight up towards the summit. It’s only about a mile long, but covers approximately 2,000 feet in elevation over that short span, and is essentially an extended high-altitude staircase.

Photographs from the Incline’s early days as a railway depict families seated in cars at the top, angling forward, for all the world looking like visitors at the world’s only natural roller-coaster. Unlike the roller-coasters we visit at amusement parks, however, this one just goes down. The average angle of the slope is approximately 45°, with maximums hitting just over 65°, and there are no level sections on which to take a break. Because of all this, it’s technically illegal to hike it. Climbing it is more than a feat of strength- in many ways, it’s a feat of stupidity!

At the same time, however, the Incline is an incredibly popular trail for residents in the Springs area. Military members from the nearby bases use it for PT, and people wishing to get more in shape will haul themselves inch by inch over the ties. Those of us who already consider ourselves to be fit- Nick and I among them- start the trail by gawking at its intimidating angle and end it huffing and puffing like everyone else. It’s gratifying, in a schadenfreude-like way, to know that the person who just breezed past you will be just as out of breath as you are in a few steps.

At the steepest sections, we found ourselves resting a solid minute for every twenty seconds of climbing. The only thing that prevented us from turning around was the fact that, as scary as the Incline is on the way up, it was infinitely more terrifying to contemplate descending. One wrong step, and we’d tumble down a mile of iron spikes, wooden ties, and panting hikers before we’d hit something solid enough to stop our momentum.

That being said, the sheer satisfaction of having completed the Incline more than made up for the aching and exhaustion. Upon summiting, we planted ourselves on a boulder and simply sat, staring at the gap in the trees where the trail had ended, congratulating ourselves on our survival. The rush of that moment- of knowing that we were stubborn (or scared) enough to make it all the way up those steps- was shocking. I hadn’t expected to feel quite so proud, dreams of bragging rights aside.

Even better, Barr Trail passes alongside the summit of the Incline, so the four-mile hike down to our car was significantly easier than anticipated (though still hard on the legs). A few weeks later, craving the same thrill, I went back up the Incline on my own- and then ran Barr Trail back down.

For many hikers, the most satisfying trails will have particular combinations of effort and result. My sister-in-law’s favourite hike, for example, is fairly easy and ends in a spectacular view of the Rockies. It even has birds soaring through the skies below your vantage point. Since moving here, I’ve discovered that my preferred trails- the Crags at 12,000 feet, the Incline at 8,000, Barr Trail up to 9,000 (so far)- are rather work-intensive.

My exhileration at the view of Colorado Springs from the top of the Incline came less from the view itself, and more from how hard I had to exert myself to get there. Knowing that this isn’t a view that everyone gets to see- the Incline is especially tough for those who are very out-of-shape and basically impossible for people with physical (dis)Abilities- makes the whole ordeal even more of a privilege. It’s not just about sounding impressive when you tell the story later on, although that’s still fun. On the Incline, I discovered the satisfaction of climbing a tricky bit of terrain and, sitting at the top, being able to tell mysef “I did that.” At that point, there’s nothing in the world you can’t accomplish.

For more photos of the Incline and other places around the world, check out GoGirl’s Flickr page! 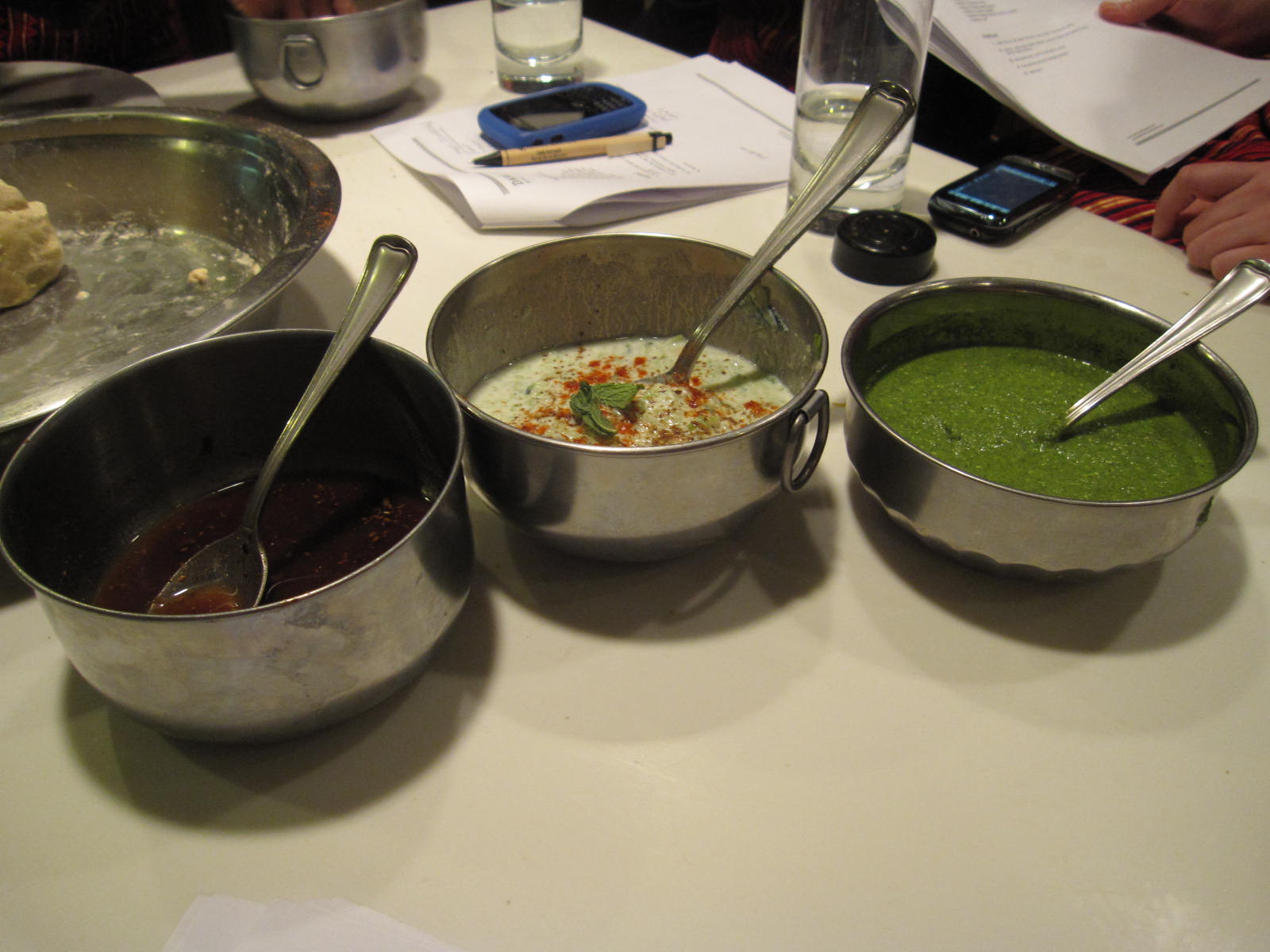 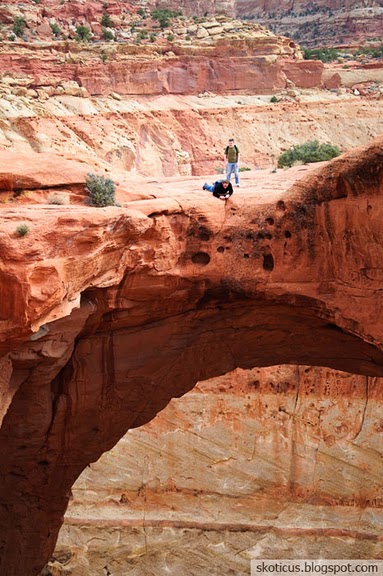 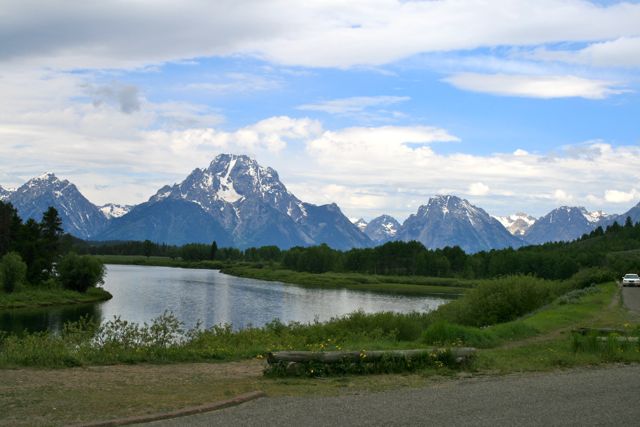 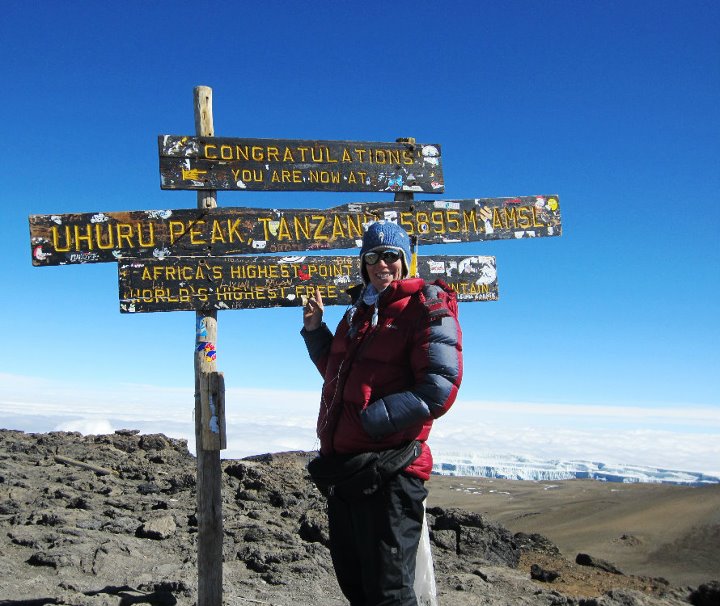 Climbing for a Cause 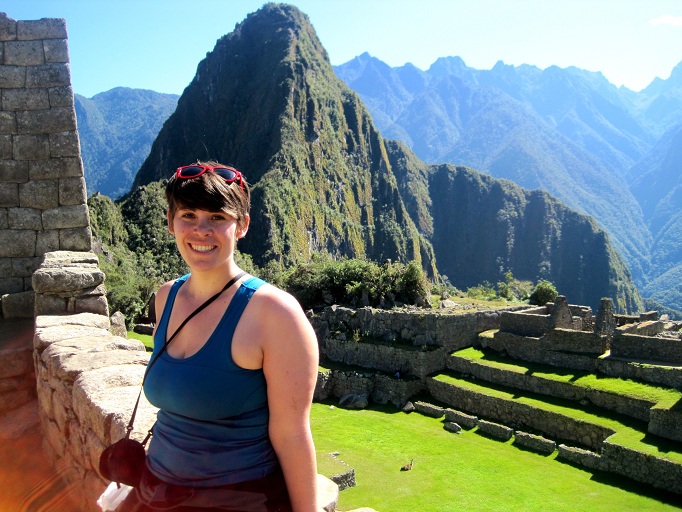