I just got back from Madagascar. And at the moment, I’m feeling like my life is pretty amazing because I just got back from Madagascar. Honestly, I feel like I want to paint a picture of butterflies and unicorns and rainbows, but that would be somewhat irresponsible. Life in Madagascar isn’t all butterflies and unicorns and rainbows. It’s basic and it’s difficult and it’s complex. I feel almost guilty to be so in love with the place when it seemed like life was so arduous there. Even as a tourist, accommodations were simple, the roads were terrible, and poverty and deforestation are excessively visible. Yet it seemed like I just kept seeing rainbows…

Madagascar broke off from the Gondwanaland supercontinent more than 160 million years ago, allowing for plant and animal life to evolve in isolation. The island – literally – is like no place else on earth. And the wildlife isn’t the only thing that makes Madagascar unique. The people are also surprisingly diverse. Southeast Asian settlers first arrived approximately 2,000 years ago, and were later joined by migrants from continental Africa and the Arabian peninsula. The result is tribal diversity representing almost the whole of the Indian Ocean rim. So the country is incredibly rich in both bio- and cultural diversity. And the richness is almost overwhelming.

But economically speaking, Madagascar isn’t rich at all. Violent uprisings in March 2009 lead to the overthrow of the democratically-elected government in a move labeled by the international community as a coup d’état. All international aid funding (nearly 50% of the government’s public budget) was immediately withheld. GDP per capita is $900, and about 50% of the population lives below the poverty line. These are numbers that are hard to imagine as we face our own economic crisis in the West. But it’s worth noting: for us, it could be so much worse.

I knew all of this before visiting, of course, having read with my typical haughty cynicism the travel information provided by the U.S., British, and Australian governments. Government information can appear alarmist – focusing on incidence, rather than prevalence of crime – yet it’s incredibly helpful. As a defensive pessimist, I take pains to imagine the most unlikely possible inconvenience or danger that could occur abroad. If I do, I’m as prepared as possible to handle almost anything. It’s why I packed all of my stuff in individual plastic bags for a 3 day trip down the Tsiribihina River. That came in handy when the pirogue sank. It could have been really frustrating – and let’s be honest, when it first happened, I wasn’t exactly smiling – but instead it became a really amusing part of the adventure. Besides, it could have been worse (there are Nile Crocodiles in the river…).

And this is exactly how I should probably be thinking about life in general right now. Because so much of how we feel about our circumstances depends on how we look at them. All too often, in evaluating our lives, we compare ourselves to people in a better position. Such upward comparisons can be beneficial because they motivate us to take action to improve, but they also ensure that we feel unsatisfied, depressed, or defeated. That’s why it’s helpful if – for at least some elements of our lives – we can also make downward comparisons, considering outcomes that are worse than our own. This approach allows us to be grateful for our relative fortune rather than being disappointed by our relative deprivation. Of course, such comparisons are only informative when we evaluate ourselves relative to other people with a similar background, but when we do, we often have a choice in which direction we look: up or down.

I don’t know if Malagasy people make downward comparisons, but they certainly weren’t complaining about life. Even Brown, one of my National Park guides who began guiding after he lost his job on a government-funded development project and has to compete with 50 other guides during the 7 month period that the park is open, seemed resigned. It could be worse. And beyond resignation, people seemed quite happy. They were always welcoming and friendly. I don’t think they wasted any effort coveting my (relative) financial privilege. It wasn’t a relevant or beneficial comparison.

And likewise I didn’t need to look at their lives – which from my perspective seemed harder than my own – to feel good about myself or my visit. Doing so would have been condescending and wouldn’t have made a very appropriate comparison anyway. Instead, I got to make a different comparison, between my experience, and that of people I know and love. My life, in the moment, involved “adventure hiking” (you are bouldering and spelunking as much as hiking) in the world heritage site of Tsingy National Park, witnessing the world heritage sunset at on Allée des Baobobs, taking a night walk in the exotically populated rainforest, and getting up close and personal with lemurs. I also got to meet some amazing locals and fellow tourists and pass a short period of my life with strangers to whom I felt unexpectedly attached. I spent a lot of time where there was no internet, no mobile service, no electricity. And I loved the experience, despite untimely rain, sinking canoes, flooded, muddy roads, etc..

For an American, this month, of all months, seems like a good time to adopt a different sort of framing and become thankful for my good fortune. There are things I want to accomplish in life where I am falling short – it’s okay to make upward comparisons there – to strive to do better, and to push for something more. But at the same time I can recognize that in the grand scheme of things, my life is pretty great. I mean, dang, I got to go to Madagascar. 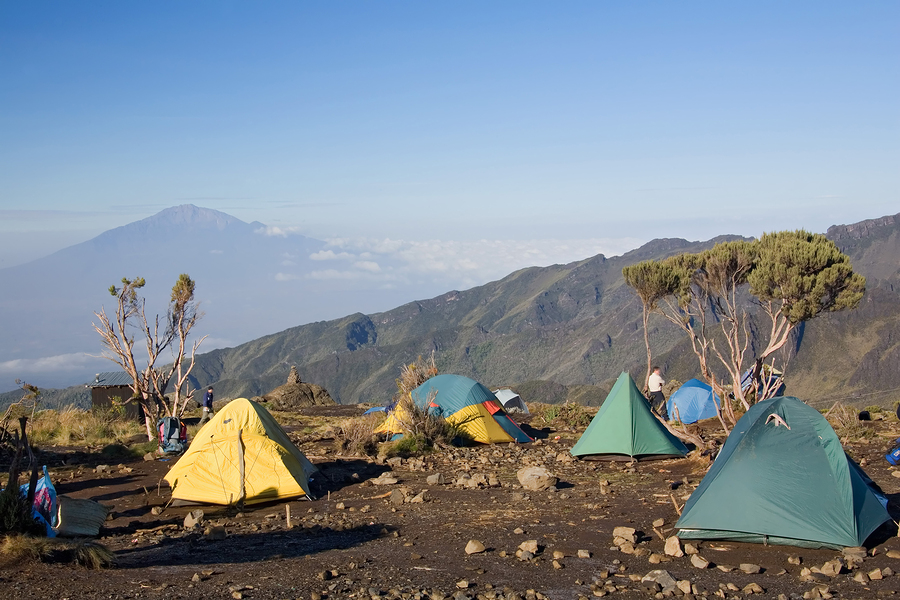