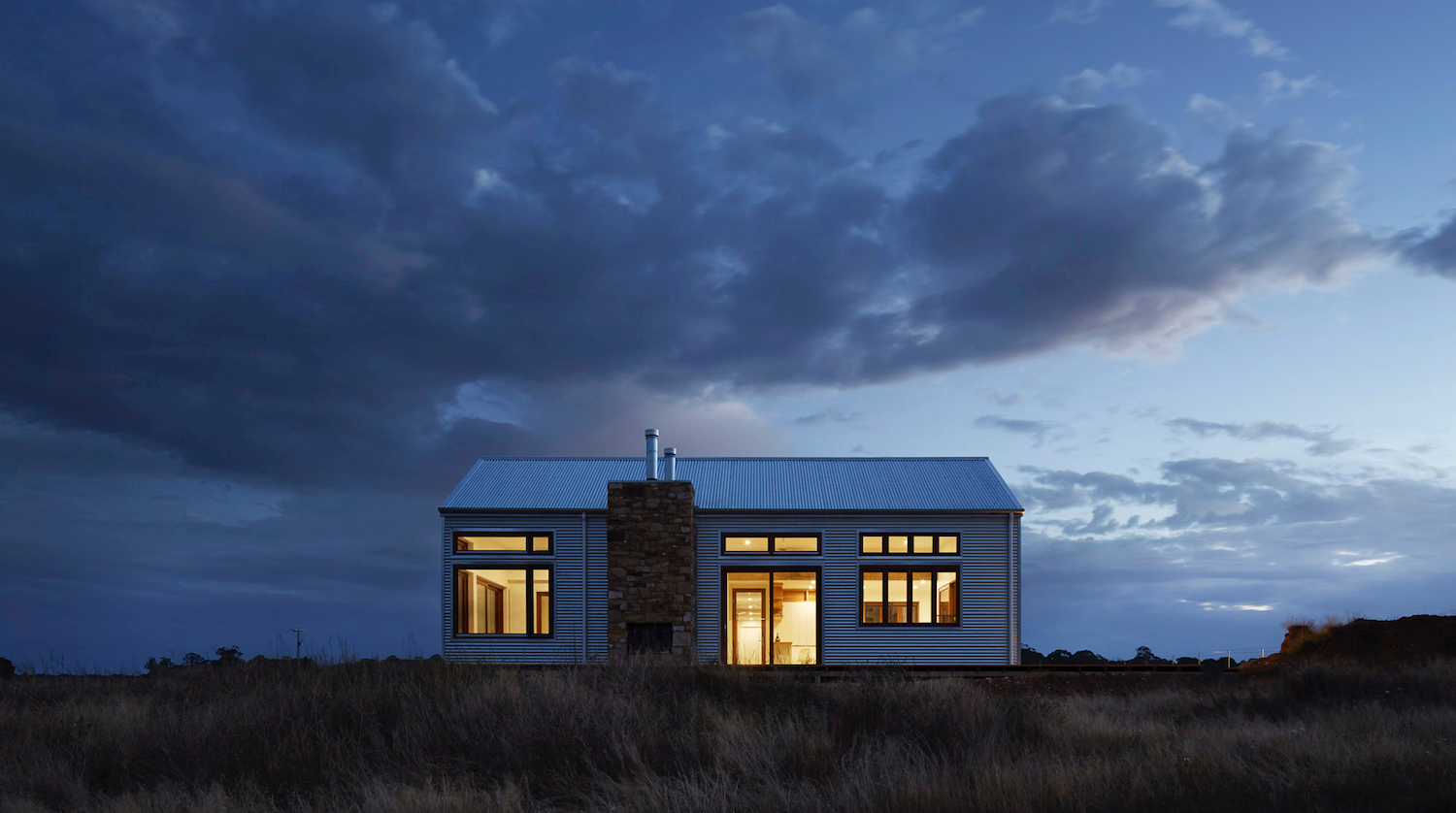 Have you ever tried house sitting?

I use house sitting to help avoid smashing through my budget on accommodation and — let me tell you — if you like pets and want to travel long term, this could be just the thing for you.

This year, my partner and I are looking at close to 25 weeks of free accommodation thanks to house sitting. In rental costs, that’s probably nearly $7,000 USD. Last year, that figure was around $3,000 USD, and we only started in September. And that’s before you consider all the other things you’re not spending money on that you would be at home: energy bills, WiFi, utilities. Sounds like a lot, right?

After seven months on the road, we’ll be heading back home this month. And once we get there, we’ve decided to leave our belongings in storage and to keep on house sitting. In fact, we’re already booked up from April to November with 10 house sits all over our home city of Bristol and nearby Bath. First stop: five sausage dogs and a turtle. Last stop: two Great Danes.

It’s a win-win situation for us. We’ll be near our families and able to work and live in the city we call home, but without ties. When those feet start itching, we can be gone. And trust me, we will be. 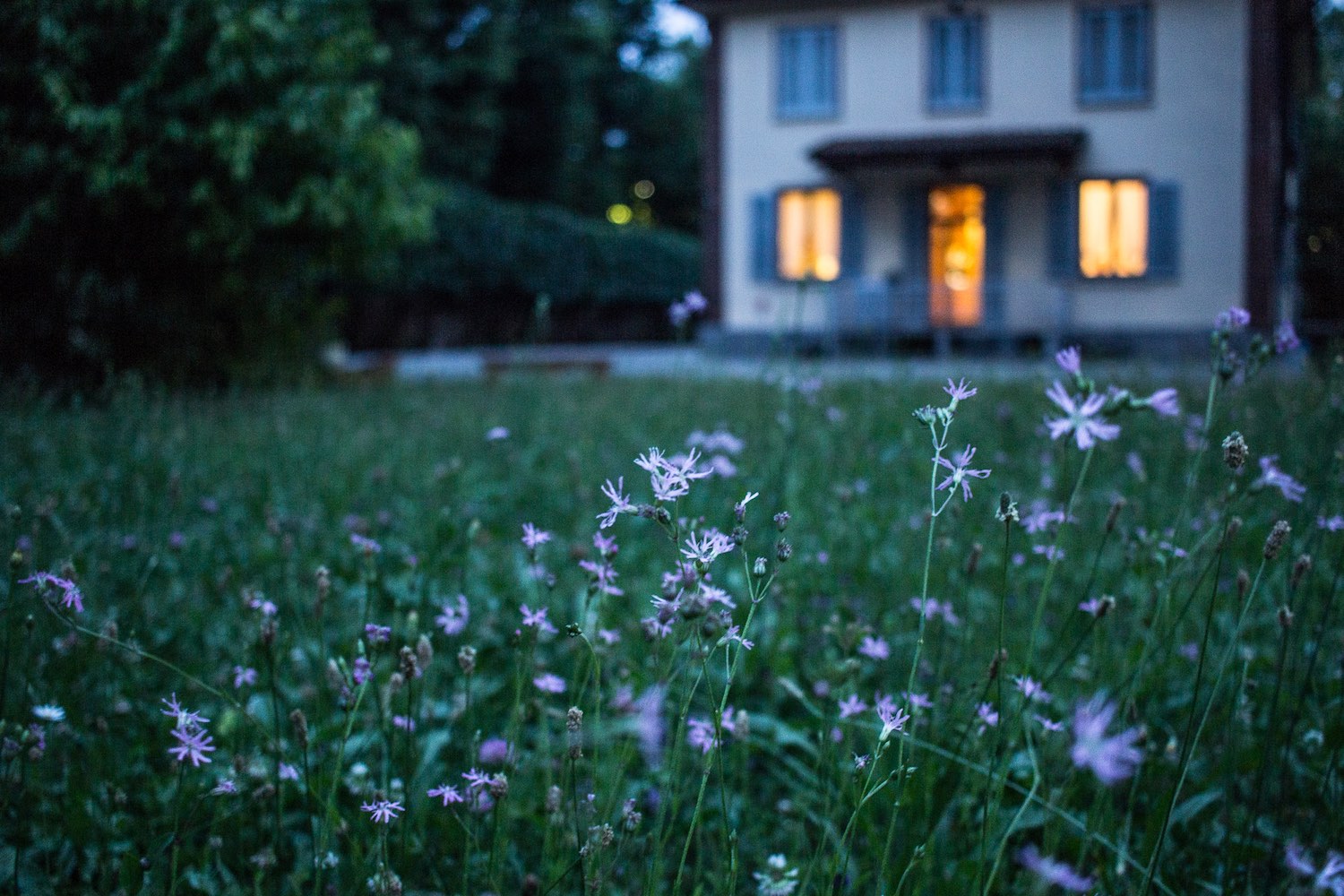 There is no big secret. House sitting is as simple as it sounds.

You look after someone’s house (and usually their pets) while they’re away. That’s free accommodation for you, and free peace of mind for them. It’s also a really authentic way to see the world, because you’re living in a real home.

I stumbled onto house sitting because of a tweet. And after a little investigation, I realized it was a great option for cheap travel (both long and short term).

As a relatively new concept, the bulk of house sitting options currently seem to be in the UK, Australia, and North America.

How to get started.

I would recommend arranging house sits through an approved website. There are quite a few out there and I’ve tried three or four.

The best one by far is, in my opinion, Trusted Housesitters. It’s an easy-to-use website with hundreds of worldwide sits to apply for. 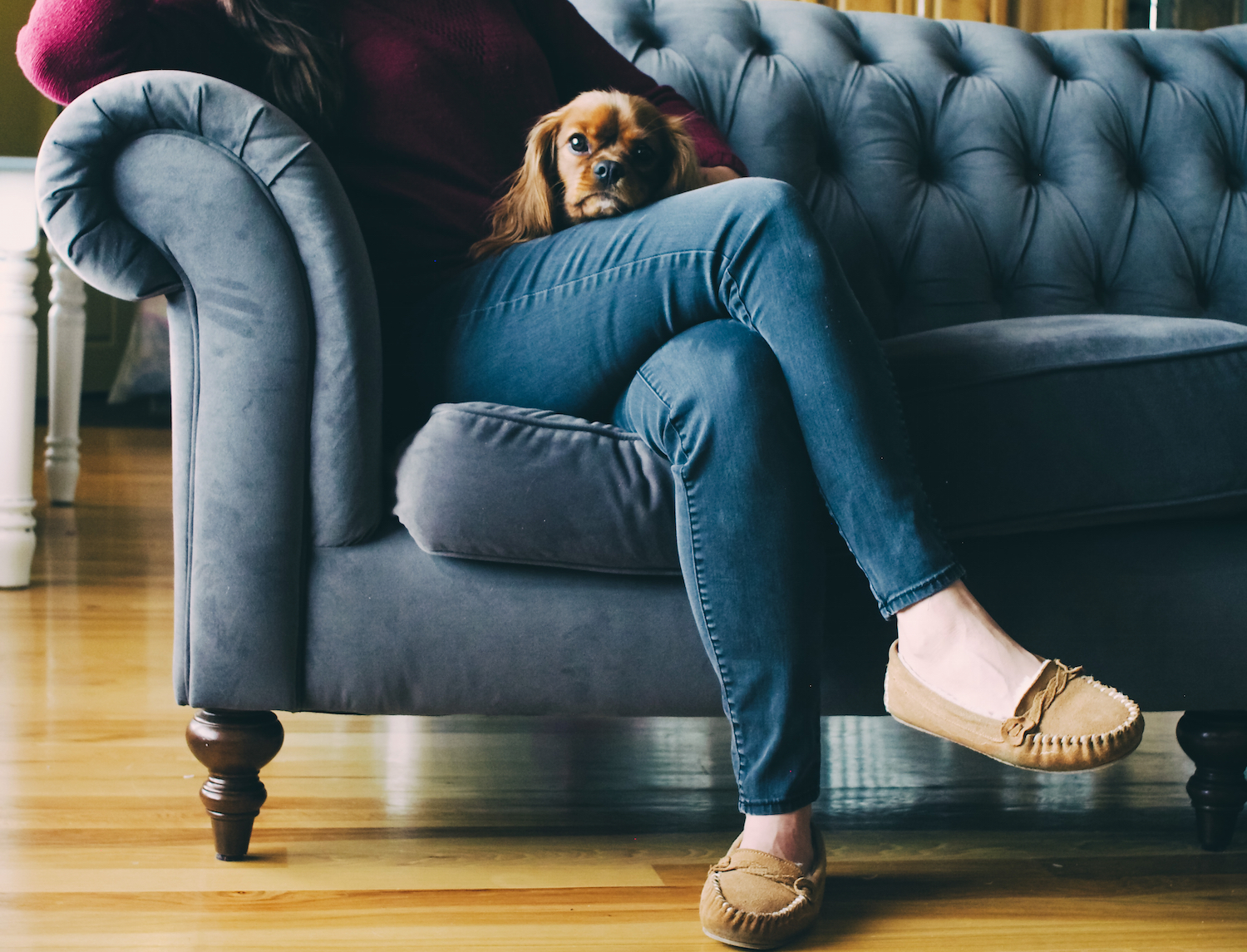 It can take some time to set up your profile but it’s well worth doing it properly, as home owners will want to know all about you before they trust you with their pets and home. I recommend including plenty of photographs, and even a video introducing yourself. There are a number of security checks you can go through as well. Doing these is only going to boost your chances of being picked for a sit.

How long can a house sitting gig last?

As a long term traveler, it’s unlikely that you’ll be able to cover all of your accommodation through house sitting, so don’t expect that to be the case. Sits range in length from one or two nights right up to a year and beyond. The bulk tend to be between two weeks and one month, as they are usually to cover a family holiday.

The shortest sit I’ve ever done was a long weekend — three nights looking after a Saint Bernard. I spent most of the time there discovering where things were kept, but it was fun nonetheless, and an experience with such a large dog. 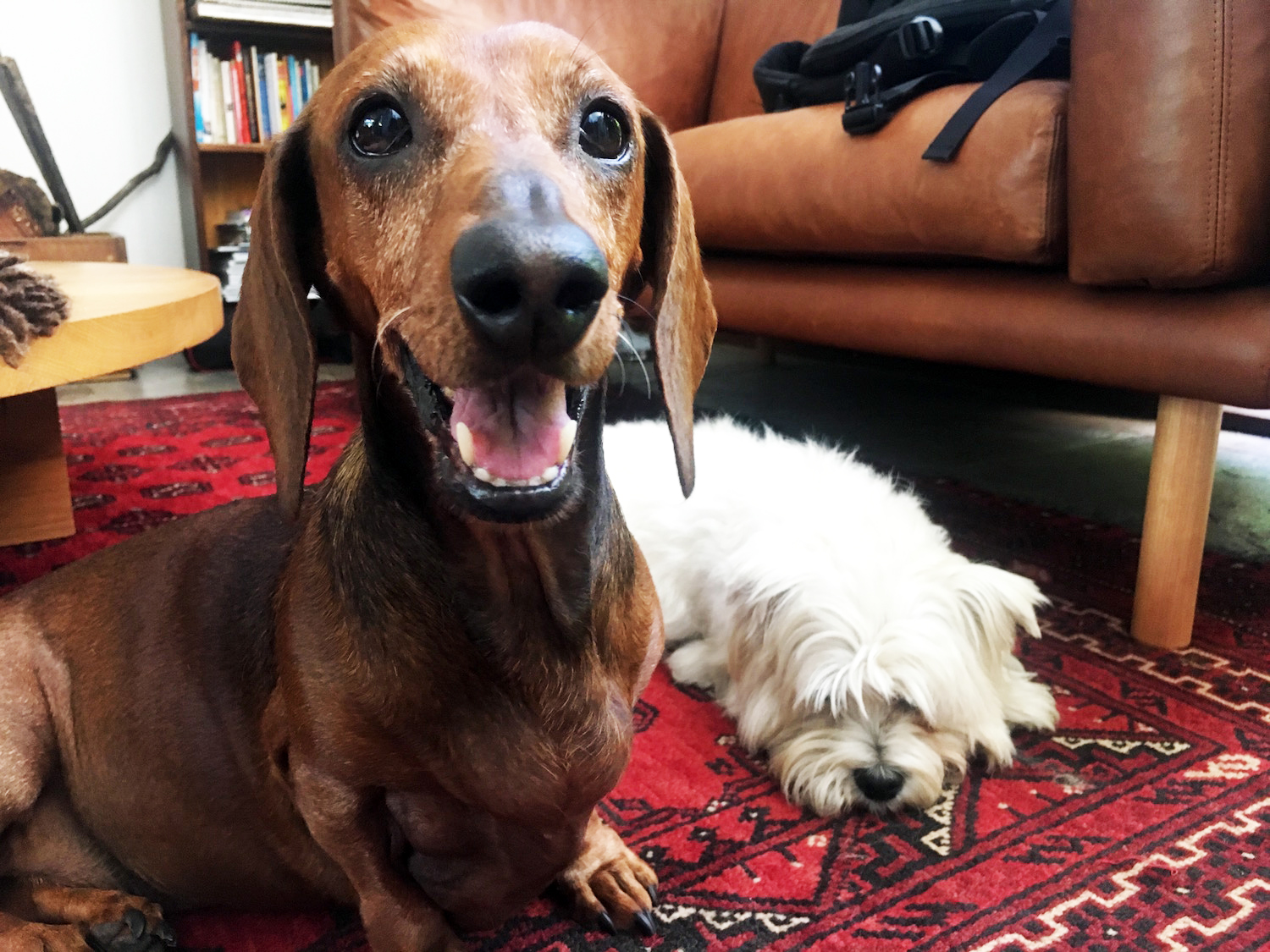 The longest sit I’ve done was in Melbourne, Australia this past November and December. We were there for six weeks and the house had a terrifyingly large vegetable garden, what felt like thousands of exotic plants, and two adorable little dogs: a Westie and a sausage dog (That’s them above!). We had the best time.

The owners lent us their car and introduced us to their friends, and we got on so well that after the sit was done we all continued to meet up as a group and remain good friends now. In fact, our next sit was then for the owner’s sister!

Because house sits vary in length, you do need to be flexible with your own life. I work freelance, which is great, because I manage my own work schedule. But it does mean that I must sometimes move the times at which I work around the pets’ schedules.

We nearly always stay in Airbnbs or cheap hotels between house sits, and always make sure to have a couple of days wiggle room either side of the sit and any flights we have booked.

In December, we flew in from Bali to Melbourne, Australia and gave ourselves two days to spare before our first sit started. It’s a good thing we did, because we ended up starting a day earlier than booked. 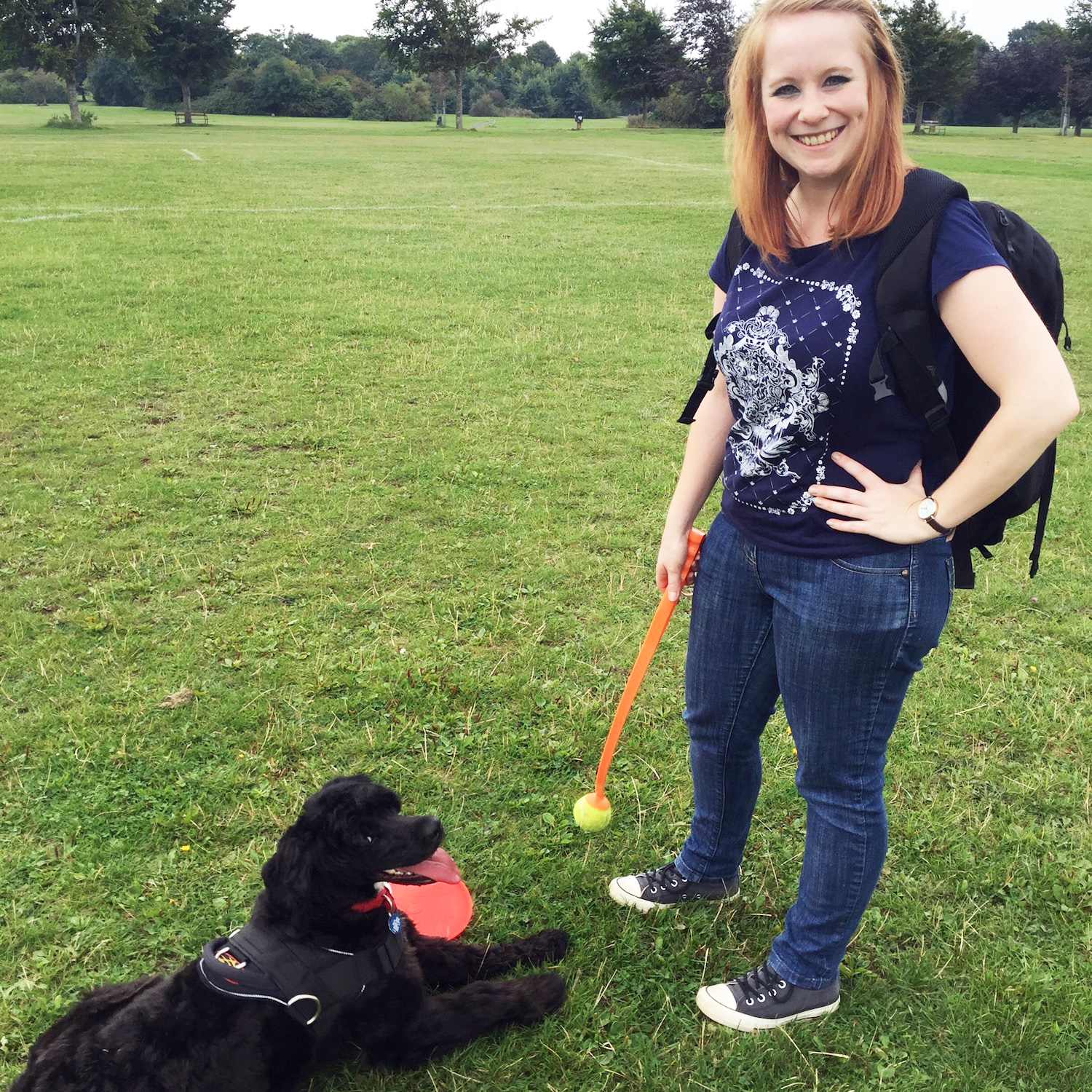 Similarly, our house sit in Bristol, UK last September was extended by a week because the owners wanted to visit family on the way home from their holiday.

My advice on sits which require flights is this: never book anything until the sit is fully confirmed through your chosen website and you’ve met the owners (at the very least via Skype) to ensure you’re comfortable with everything.

This is even more important if you’re using house sitting for holidays and short trips away. It’d be a disaster if you’d planned a holiday around a sit and then ended up out of pocket or letting the owners down.

There are a few basic rules for house sitting and safety, especially if you’re a solo female traveler.

1. Use a properly registered company.

For travel in Australia specifically, Aussie House Sitters has a lot of house sits available (but I found the website to be not very user friendly).

House Carers was the absolute worst of them all for me, and I would suggest you avoid it if you can. A difficult-to-navigate website and disengaged users meant that despite several applications, I never heard back on any. 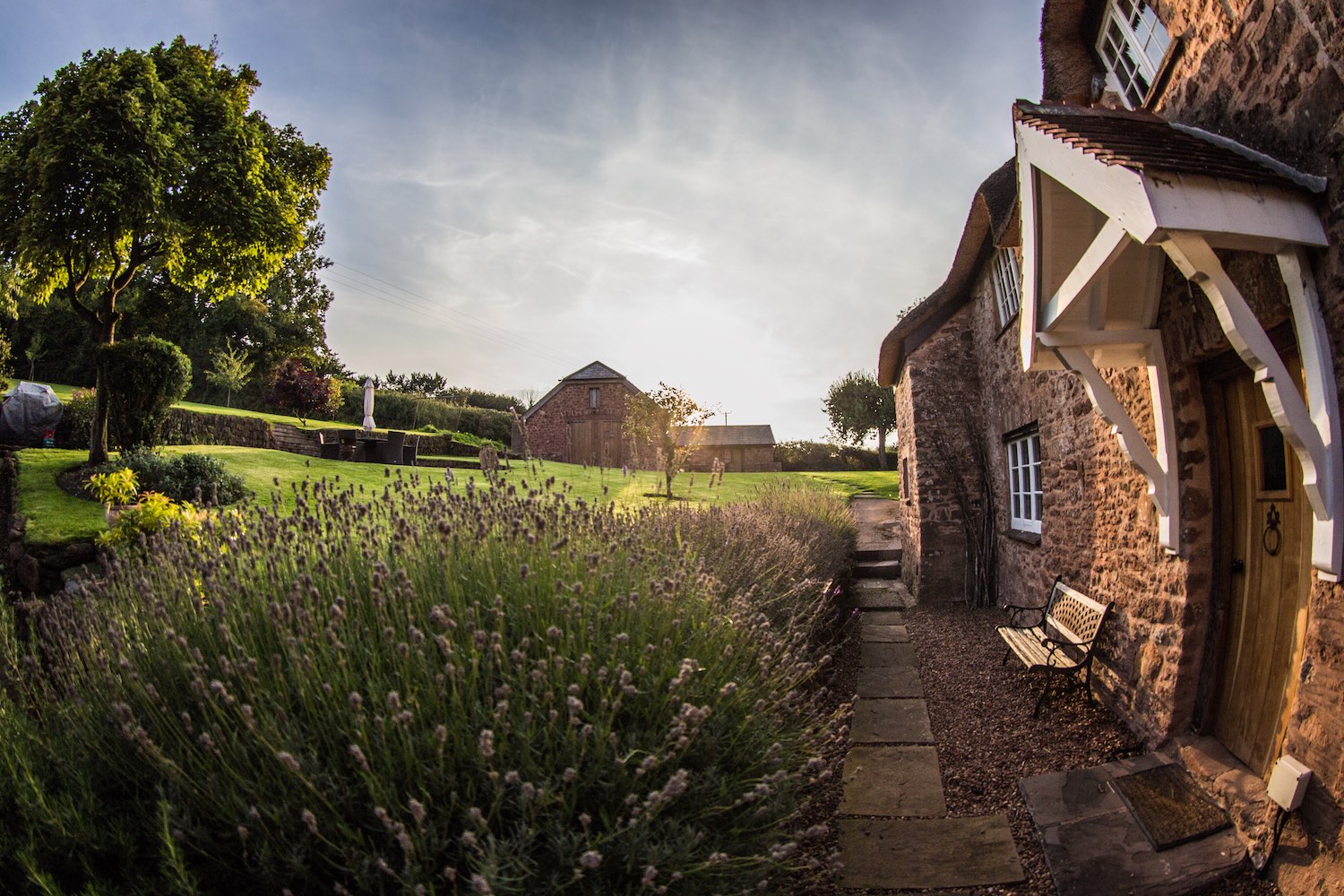 I am now totally committed to just one site: Trusted Housesitters. The website is incredibly easy to use, there are hundreds of sits all over the world to apply for, and there are all sorts of useful documents and advice for house sitters and owners too.

All legitimate house sitting websites charge a joining fee. This is usually between $50 and $125 USD a year, which I believe is to deter people who aren’t serious about the idea of house sitting.

2. Meet the owners and the pets before you move in.

Even if it’s via Skype. It’s important that you feel comfortable with the situation and vice versa.

We had a sit planned last year which we were uneasy about. It was a rescue dog with a lot of issues – he had to be walked at night, didn’t like other dogs, needed to wear a muzzle. We just didn’t feel confident enough to handle him and decided not to do the sit.

3. If you are ever in doubt about anything during the sit, contact the owners to double check it.

If the dog falls sick or something isn’t right with the house, for instance, they’d almost always prefer your honesty. Plus, it’ll put your mind at ease.

Also note that Trusted Housesitters has a 24/7 vet line for advice, which is really helpful. 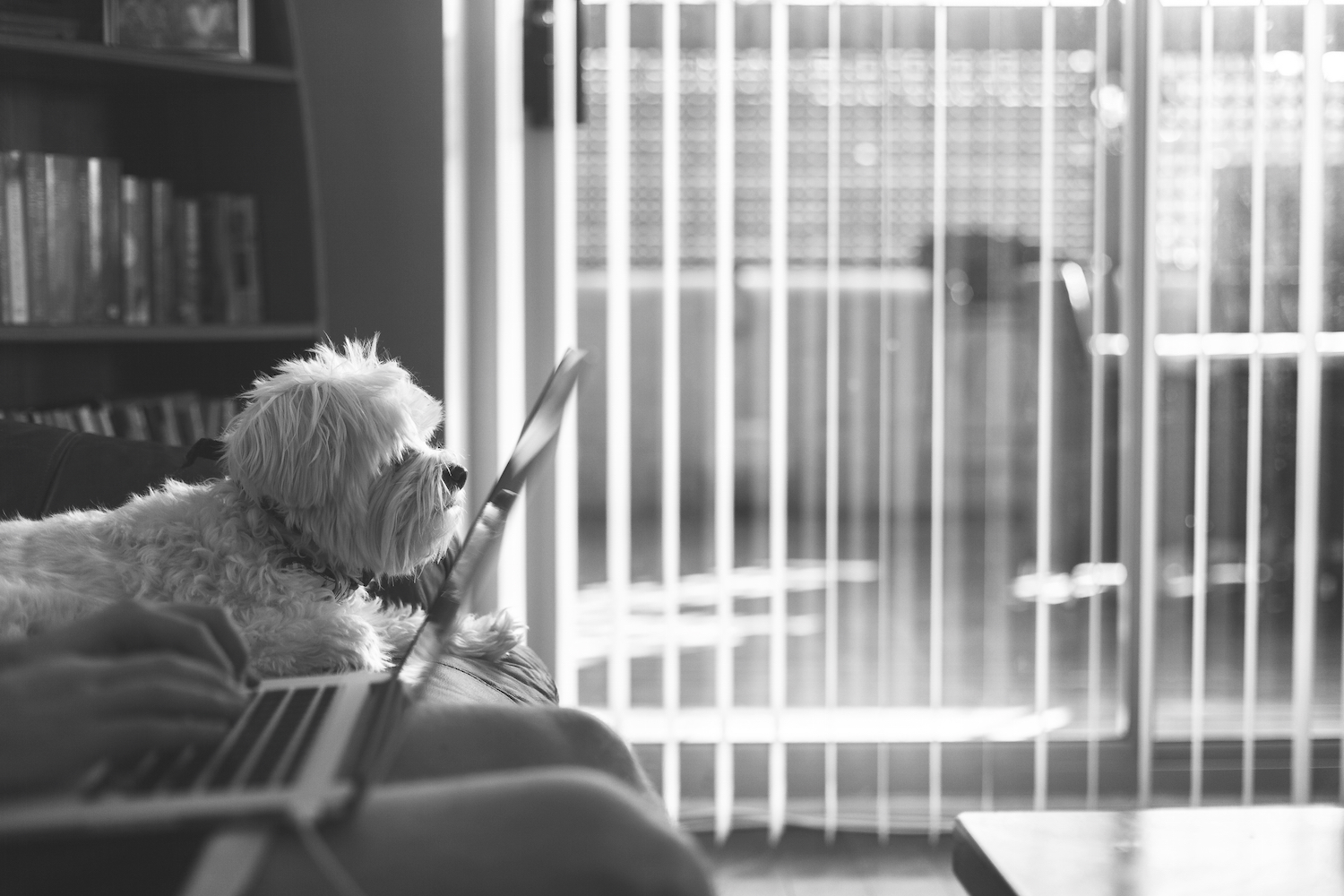 4. Acquaint yourself with the neighbors.

This can be handy in the case of an emergency and will also help you feel at ease in someone else’s home because the neighbours are aware why you’re there and won’t interfere (hopefully!).

Think of house sitting as a job, and not a freebie.

And always respect the fact that you’re living in someone else’s home. It goes without saying that you do not break their trust.

I go out of my way to keep things neat and tidy, and anything I use (like kitchen spray or toilet paper) I replace before the end of the sit. Not only is this common courtesy, but if you do this you’re more likely to get a good review. Good reviews = more success in future applications.

I mentioned above that most house sitting websites charge a joining fee, and Trusted Housesitters is one of the pricier ones at $119 (USD) a year. It might seem like a lot to invest upfront, but it’s well worth it because although it won’t cover your travel accommodation entirely, it’ll make a big impact on costs and you know that should anything go wrong, you’re covered by their insurance. 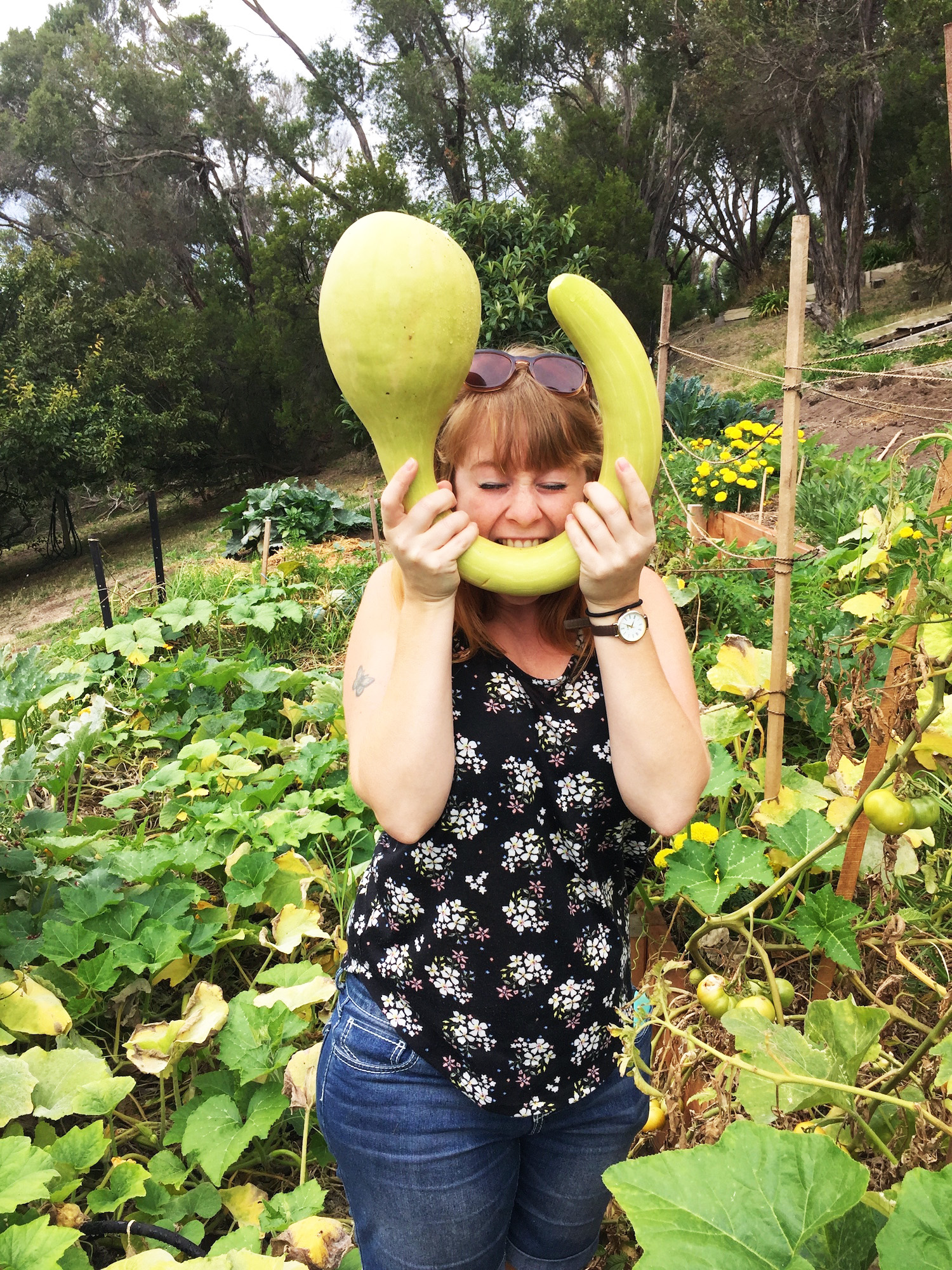 House sitting is itself a way to see the world.

That owner we sat for in Melbourne? Her sister’s house was on the beautiful Mornington Peninsula (about an hour south of Melbourne) in a very pretty hillside treehouse with stunning sea views. No pets this time, but a big vegetable garden to manage and a duty to eat as many of the unending pumpkins as we could.

As a food and travel blogger, I relished the challenge to cook as much as I could using the vegetables from the garden. We ate like royalty for nine days – spinach paneer, kale and pumpkin curry, tomato and basil salad, sage gnocchi, and more.

We’d spend the days working, the afternoons on the beach snorkeling, and then the evenings watering the garden and watching the ringtail possums climb the tree next to our balcony. On our travel budget, staying somewhere like this would be unthinkable in any other scenario. 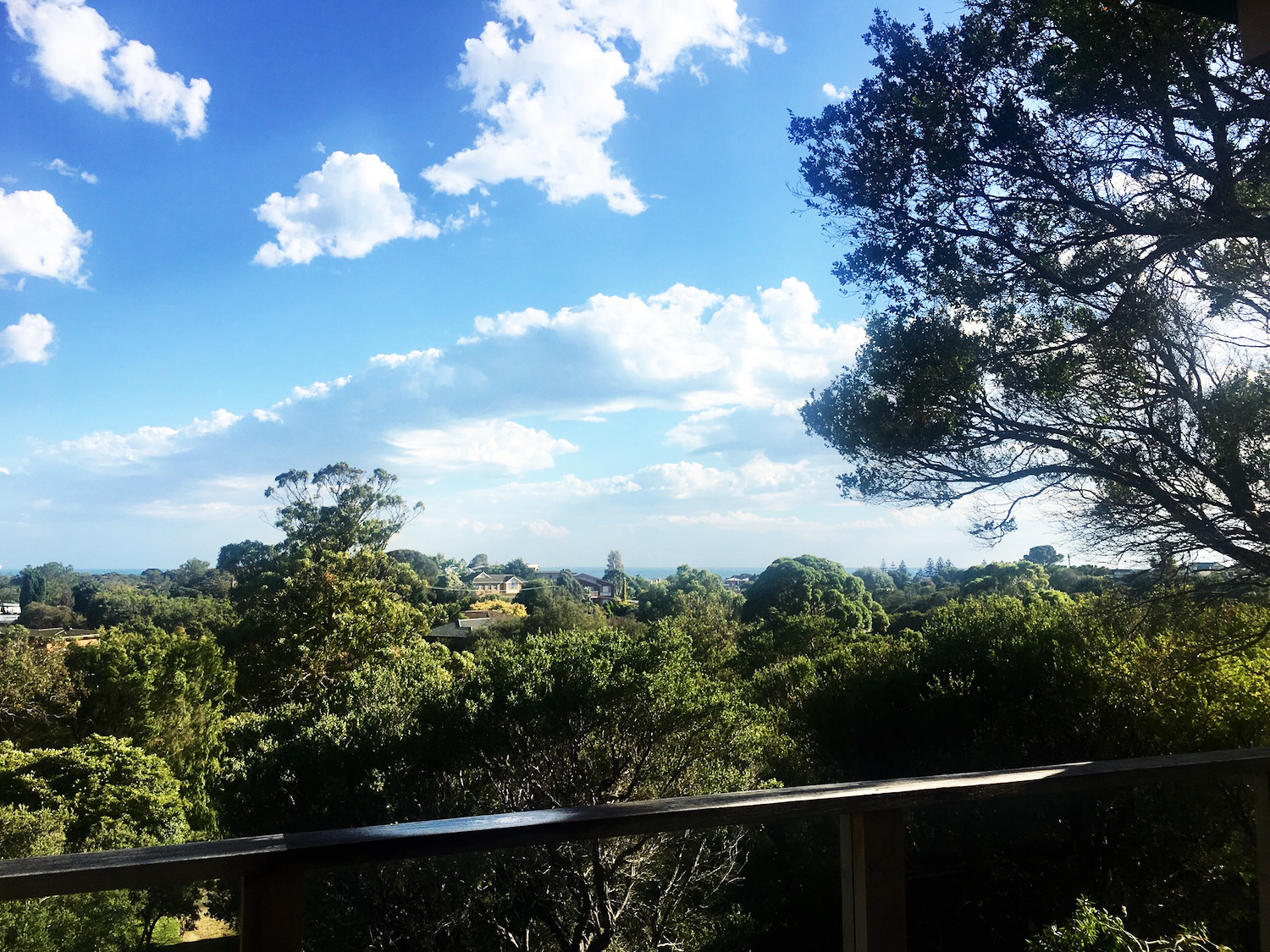 Give it a try!

Hopefully, if you’re still reading, you’ll now have a good idea of what house sitting is all about. For long term travel on a budget I cannot recommend it enough. Especially if you love pets and don’t mind living among someone else’s things.

I’ll admit that being a freelancer does make it easier, as it means that I have money coming in to fund onward travel and food costs. But even if you don’t work while you travel, this is still a great way to save money and extend your travel duration.

My experience to date has been completely positive. As long you are sensible, stick to the rules, and don’t take any risks, house sitting is a brilliant brilliant (yes I said it twice) way to travel.

Have you ever tried house sitting, or would you? Share in the comments! 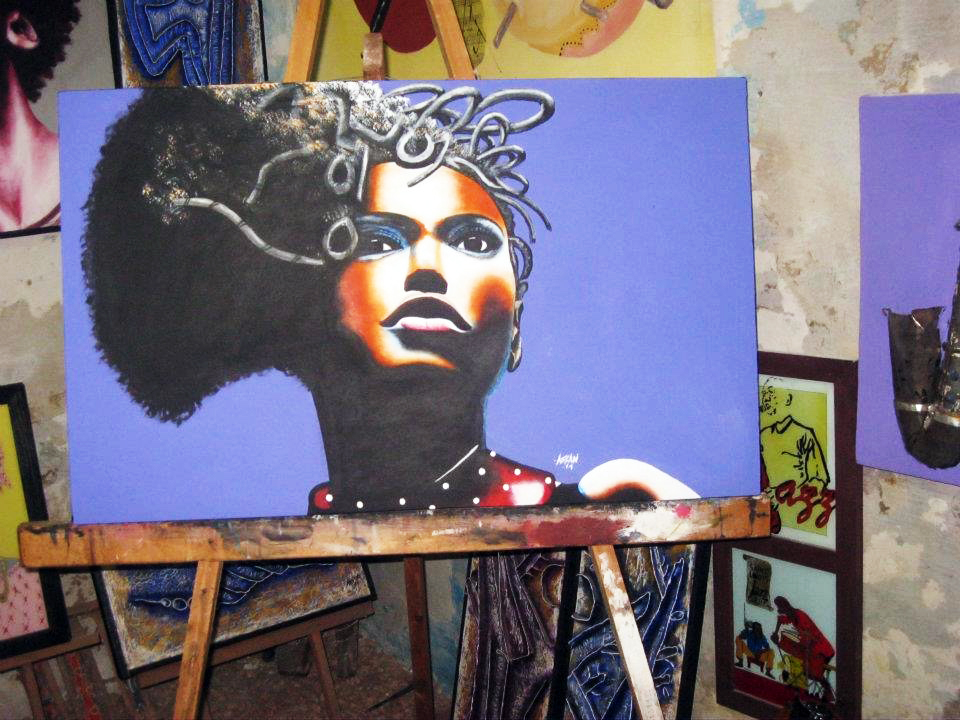 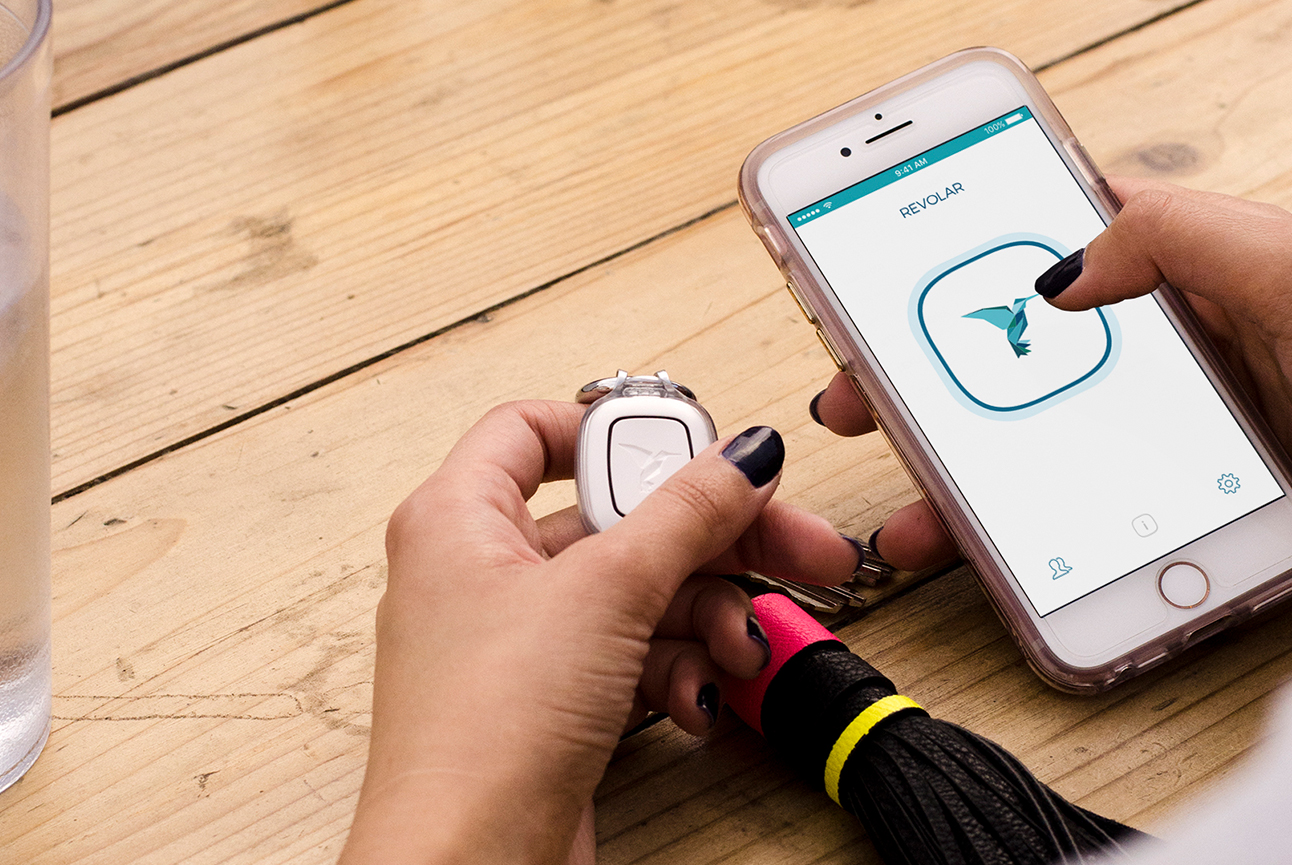 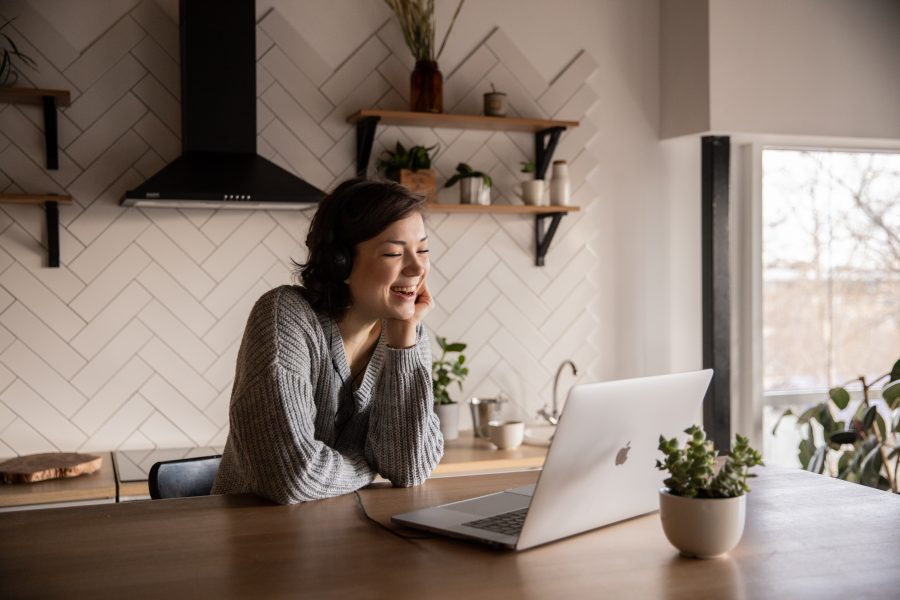 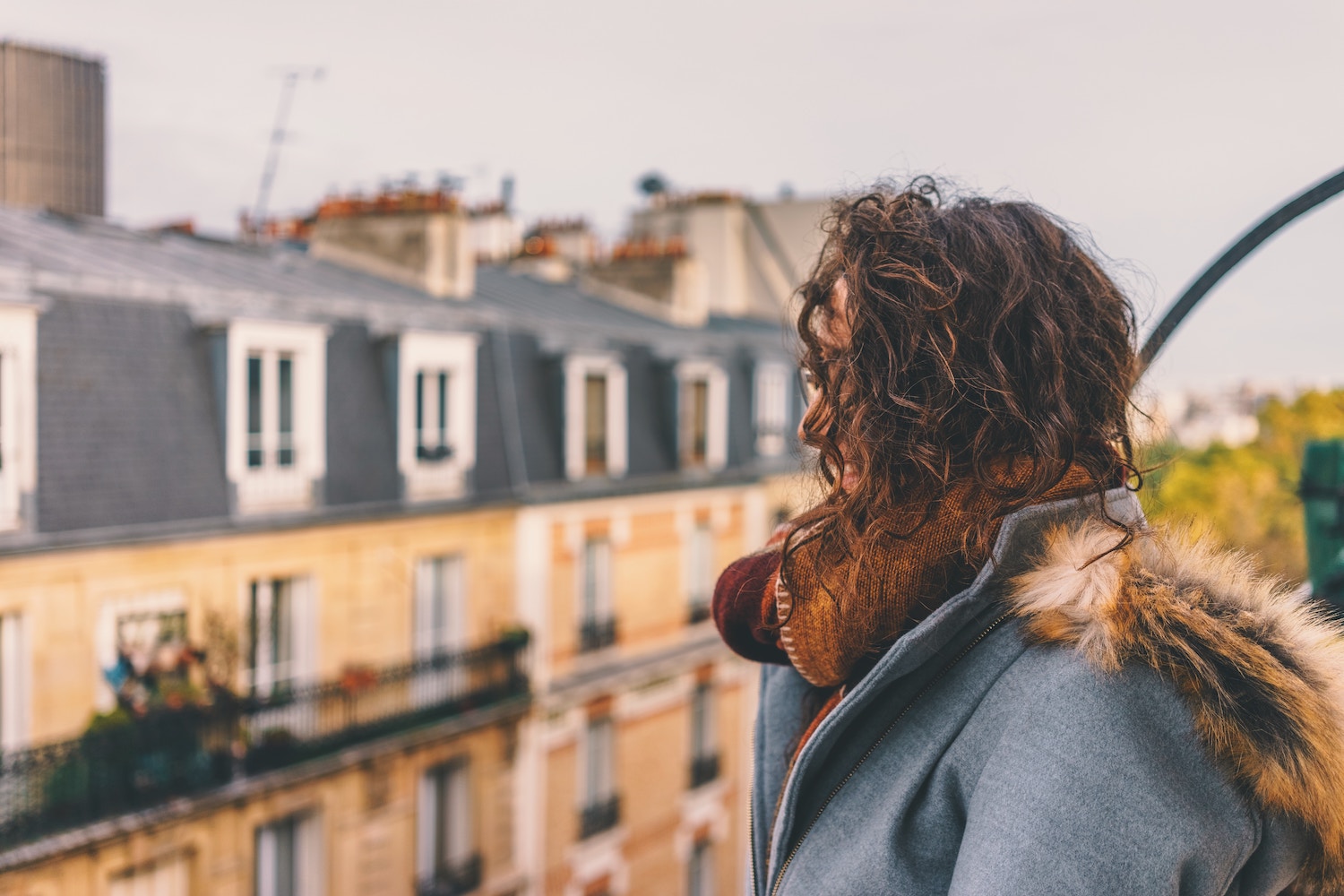 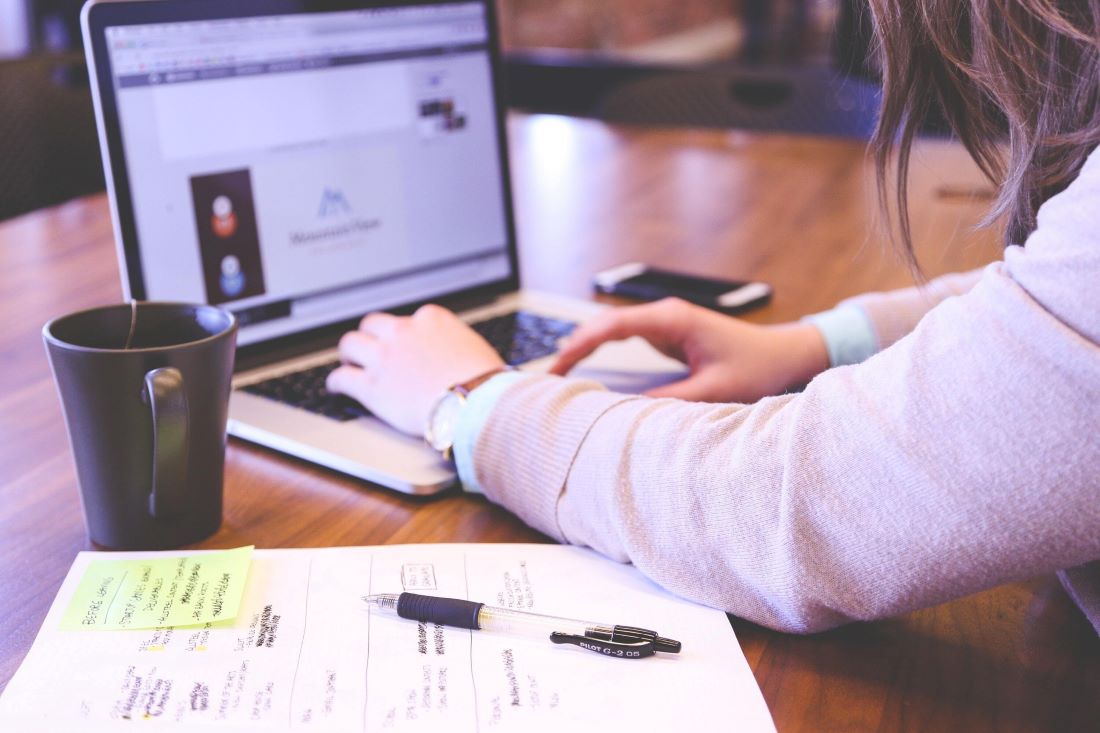