A couple of stories for you first.

Once upon a time, two giants met on the lands now known as England. The giants didn’t get along (a common problem amongst giants really) and so began to fight, grabbing great big lumps of earth from beneath their feet to hurl at each other. One giant did this, but missed his opponent, and his flying weapon landed off in the ocean becoming the Isle of Wight.

The devil was once walking through these lands and was tormented by the god Thor’s thunder claps. He became so annoyed that he grabbed a great big mound of earth to throw at Thor to shut him up. It appears to not have worked since we still hear the thunder roar, but I’m sure the Devil had a great time throwing mud in Thor’s face.

Whichever of the stories you believe, they’re both good ones. Or if you really insist, we can go with the whole land eroding due to water running under the sandstone and causing it to sink. But where’s the fun in that?

I recently went to visit the Devil’s Punch Bowl in Surrey, England. It’s the first time I’ve ever visited a natural landmark in the UK so I think it’s a pretty good one to add to my list of new British discoveries. I arrived, after staying the night at a stunning 17th century manor house, Langrish House, near Petersfield. The house was a maze of stairs and hallways and in the basement, low ceiling alcoves seemed to pop up everywhere. After dinner, the house was completely silent. So obviously we explored every dark corner. A little creepy, yes, but who wouldn’t?

The Devil’s Punch Bowl took a little finding. As it turns out, the exit off the motorway was very easy to miss. And trying to back track…not as easy. But we did eventually get there and took a walk down into the Bowl. The woodlands were beautiful and despite the fact that we were there during a school holiday, once we got down into the Bowl, everything was silent besides the birds. And us. But we couldn’t stay long at the bottom because we were pretty determined to find the other reason for this natural beauty’s fame: the Sailor’s Stone and the Iona Cross. Time for another story. Except this one is true…

An unknown sailor  stopped at the Red Lion Inn for a drink on his way back to Portsmouth to meet his ship. There, he met three other seamen who had no money. The sailor generously paid for the men’s drinks and food and left the Inn with them that night. Not far from the Inn, the three men murdered the sailor in cold blood, and stripped him of everything, including his clothes, which they were caught trying to sell. The three men were eventually tried and hanged on a triple gibbet near the scene of their crime as a warning to others.

A stone was erected and (after a few moves) now lives overlooking the Punch Bowl. The inscription on the front reads:

In detestation of a barbarous murder

Committed here on an unknown Sailor

Who were all taken the same day

And hung in Chains near this place

Whoso sheddeth Men’s Blood by Man shall his

The back is inscribed with:

by order and at

Cursed be the Man who injureth

or removeth this Stone

That curse was added after the stone had already been moved, and it was moved again more than once afterwards. And all who moved it after the curse was inscribed died untimely deaths… If you’re now thinking that the curse was real, you aren’t the only one. Hence the Iona Cross. Installed near the Stone to protect the land from the spirits that haunted it. The Iona Cross has a Latin inscription that translated reads: ‘Light after darkness. Peace in passing away, Hope in light. Salvation after death.’

The Devil’s Punch Bowl is an amazing piece of National Trust land in the South of England that I’d recommend to nature lovers, hikers, and those who enjoy a good ghost story… It’s a stunning and too-often overlooked landmark in the UK – the countryside here really is something to be seen. But you’ll only know if you come and see for yourself. 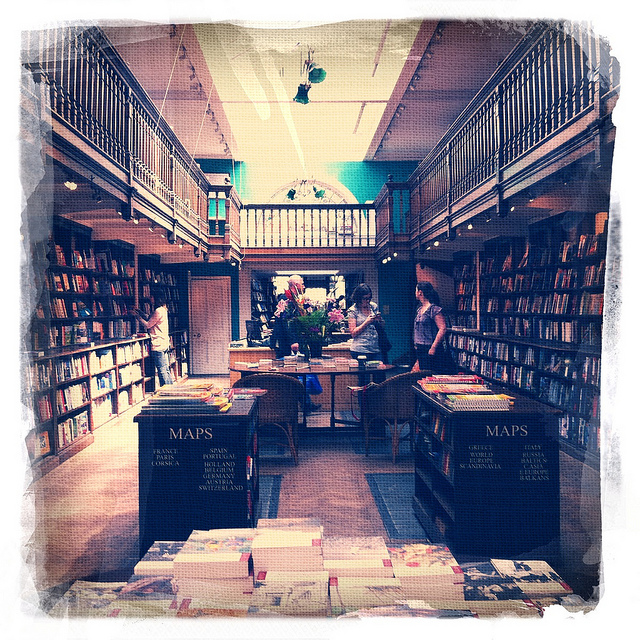