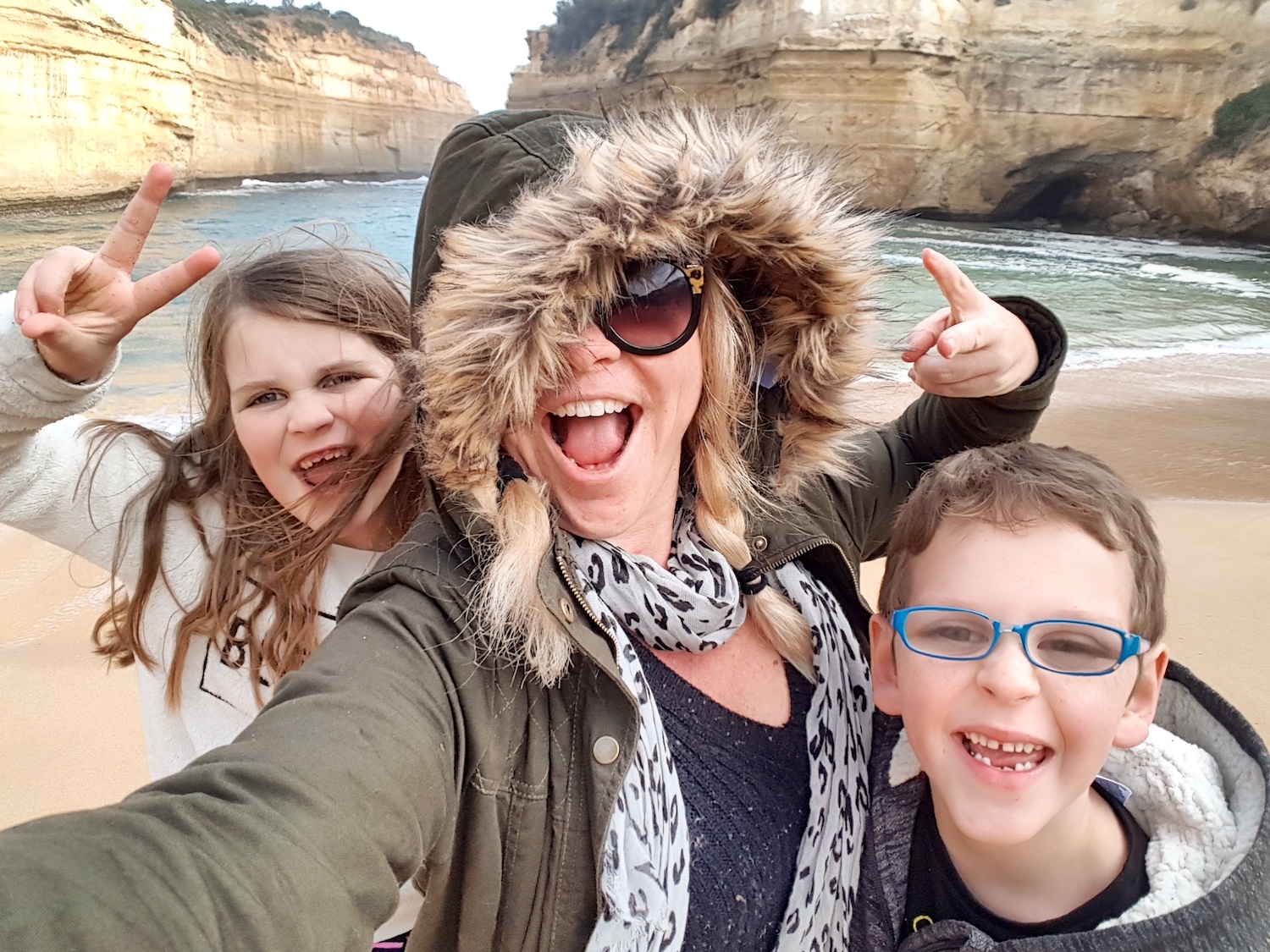 Meeting your idols is rare.

I discovered Erin Holmes several years ago, when I first became interested in family travel. At the time, she was traveling the globe with her two kids and writing about what it was like to be on the road at Travel with Bender.

I found her blog to be both inspiring and escapist. I pictured her with her kids, engaging in exciting adventures, and dreamed of what that would be like for my own family.

The reality of raising a family is that travel isn’t always a practical option, both logistically and financially. Setting off on a nomadic adventure is not ideal for my family at this point in our lives.

So, I chose instead to live vicariously through Erin.

I followed her family as she traveled across the United States, Asia, Europe, and everywhere else around the world. She became one of my blogging idols, and I savored every story I read.

I had the opportunity to watch her speak at the 2016 Women in Travel Summit in Irvine, CA, and even had a chance to participate in one of her mentoring sessions. She was just as bubbly and energetic in person as I expected she would be. After the conference, I continued to follow her family’s adventures.

Life, as always, rarely remains static or constant, even for someone like Erin. In early 2017, she and her kids returned to Australia, and put a pause on their traveling adventure. Recently, Erin launched a new blog, Explore with Erin, focusing on life after nomadic travel. With a more settled lifestyle, Erin is navigating what it means to be a traveler when your life no longer revolves around travel.

I recently connected with Erin to talk to her about this new phase in her life. She has been in Melbourne with her kids for the past nine-or-so months, and is enjoying discovering the different parts of the city.

Across two different time zones and through Skype, we talked about her new life. Erin was just as I remembered her from the Women in Travel Summit: funny and energetic. When I told her that she was one of my blogging idols, she smiled and laughed.

“That’s so sweet,” she said, “I feel like I’m such a different person now.”

Our conversation really focused on the theme of starting over. What happens when the travel dream is finished? What do you do when you come back from an extended adventure? How do you make a life for yourself in a place that is now unfamiliar to you?

I found that, like any traveler coming back from a long period abroad, Erin was also grappling with idea of what to do next. 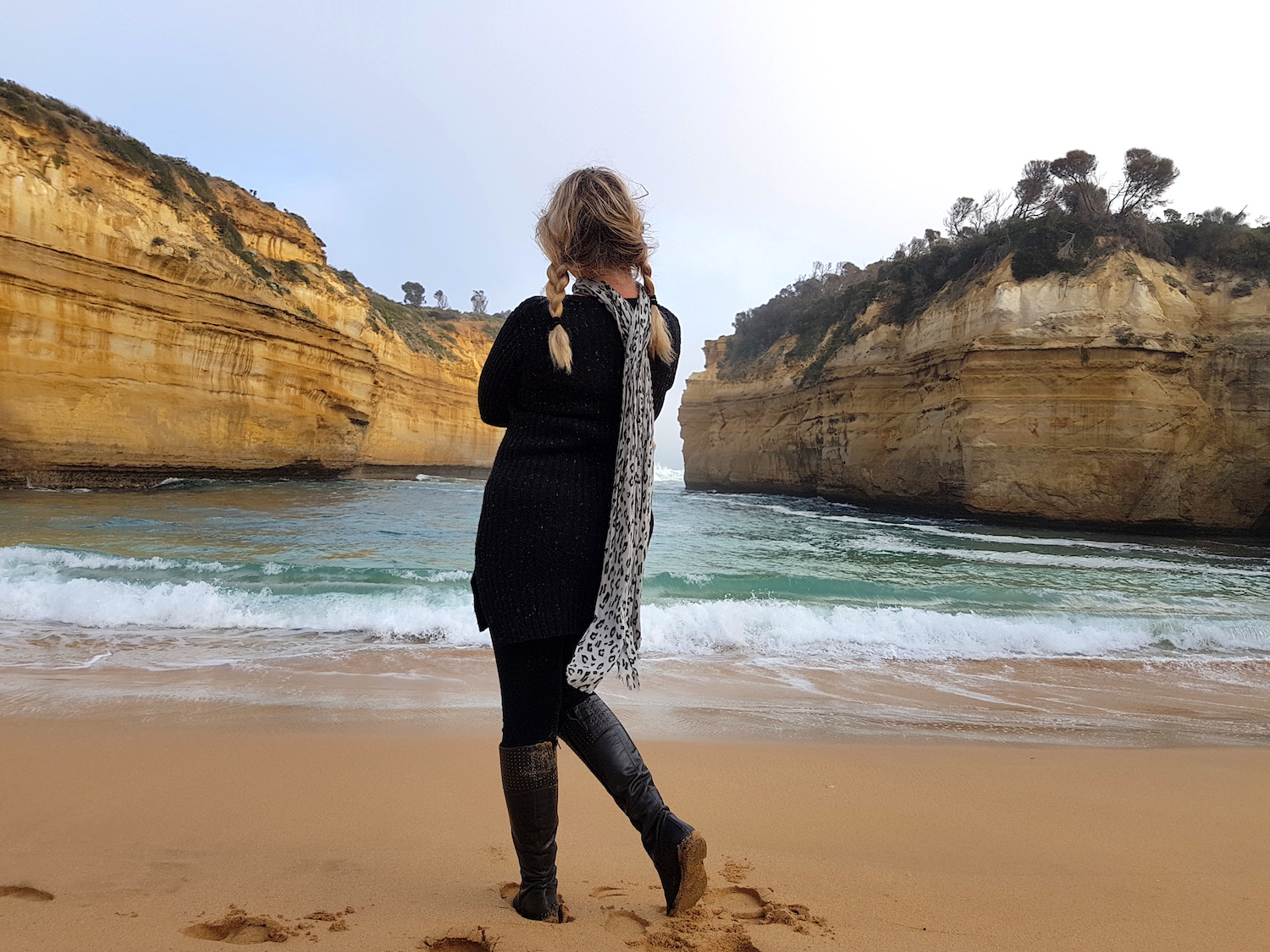 Starting over doesn’t necessarily mean taking a step back.

When she came back to Australia, Erin took a break from blogging, and took some time to focus on the changes going on in her life. During her break, she discovered that starting over doesn’t necessarily mean taking a step back.

“The break was hard,” she admits with a sigh, “I was wanting to continue, and I couldn’t. And I missed it. But the insight I got was that people don’t forget you as much as you think they do.”

“Oftentimes when we’re blogging, we think, ‘I need to be on social media every single day, I need to make sure I’m blogging a couple of times a week, otherwise everybody’s going to forget about me,’” she says. “And in the end, I ended up having six months off before I launched the new blog. And all of my audience is still there. And better than ever, really. The engagement on my Facebook page is incredible.”

Erin found that the following she had with her old blog allowed her to build a lot of momentum for her new blog.

“It’s so much easier doing it the second time,” she reveals. “You have a built-in audience, and you have so much more knowledge. I do plan on doing things pretty much the same, but at a faster pace. I feel like my old blog didn’t really start making money or becoming what it was until two or two-and-a-half years into it. For Explore with Erin, my goal is six months.”

This fresh start is motivating Erin to take her new blog in directions that she wouldn’t have considered with her old blog. In terms of content, Erin acknowledges that she doesn’t want to limit herself to just writing a travel blog. 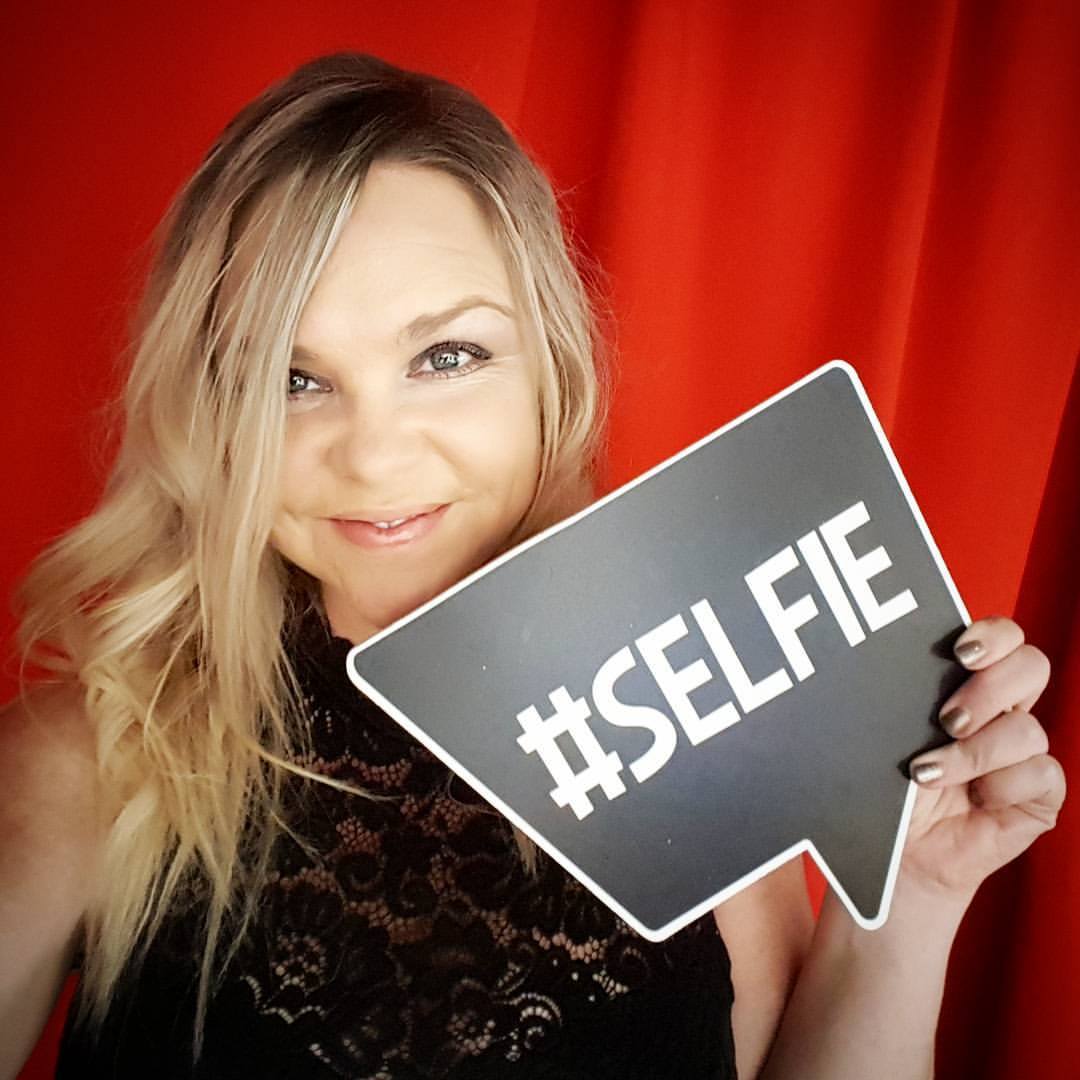 “The reason I didn’t call it a travel blog is because I wanted to explore other things,” Erin tells me. “I love writing about food. It’s one of my favorite things. So I thought I would explore food, and I would explore the local Melbourne scene around me. I am passionate about family travel, and I’m passionate about encouraging people. I just want to encourage people in general that life goes on after nomadic travel.”

As she spoke, her voice became more animated and her face lightened up with excitement, contemplating the possibilities she wanted to take with her new blog. It was obvious that while the content of her writing may be different now, the passion and desire to help others still remains.

Travel is a philosophy, not just an act.

Clearly, Erin is a woman with a vision. A common theme in that vision is the idea of what happens after travel.

“I quit nomadic travel in January, and started living out here in Melbourne,” Erin says. “I really thought I needed something fresh. I am a single mom trying to figure out how to be an ex-nomad. And there’s not really a lot of blogs like that.”

“Everybody’s selling a dream, and it’s a great dream,” she adds, with a pause. “I loved my travel years with my kids. It’s an amazing dream, and I totally still want to keep traveling when I can, but not many people tell you what happens once you kind of get sick of that. So I started thinking I would really like to explore that angle. What happens when you lived that dream? You still want to live an amazing life, but how do you slot back into that life after you think you’ve done all these amazing things?” 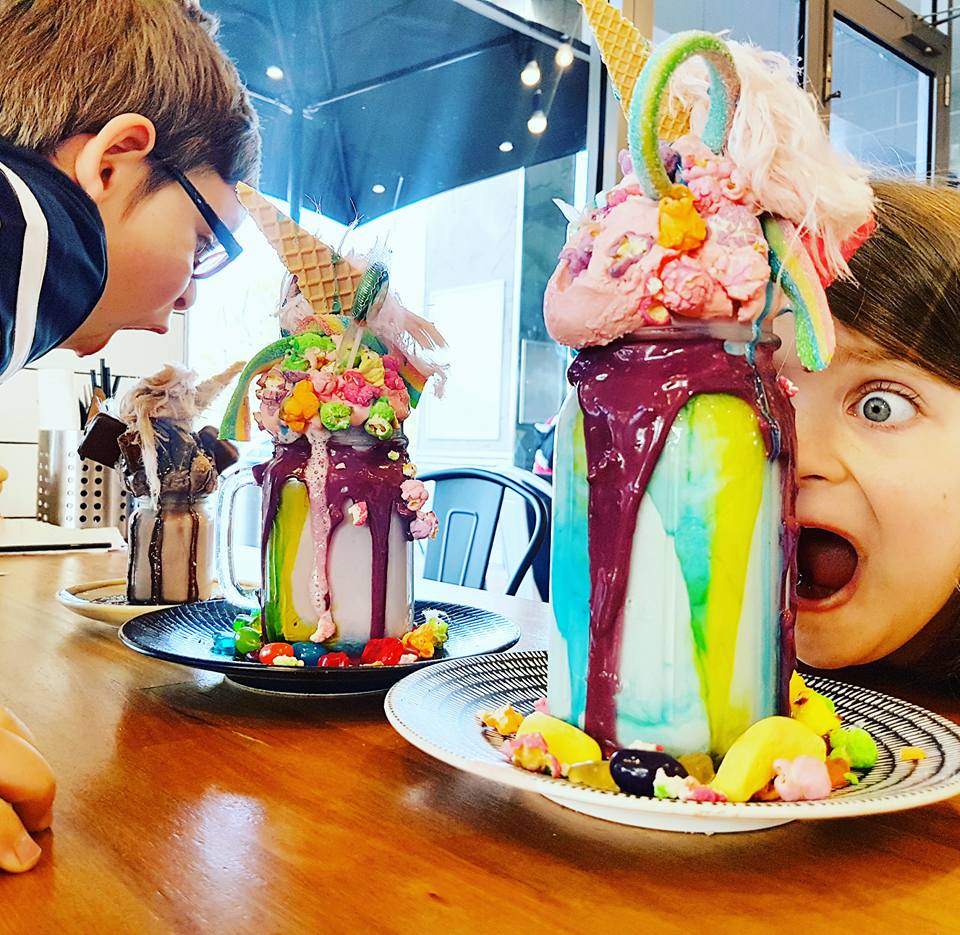 For the moment, Erin is taking a break from international travel with her kids and focusing instead on domestic travel.

All joking aside, Erin’s main focus with Explore with Erin is to show others that travel is a philosophy, not just an act.

“I hope to give people a chance to understand that once they go and they’ve traveled the world and they’ve done this exciting thing, they don’t have to think, ‘Oh, I can’t believe I have to go home. I have to go back to real life.’” 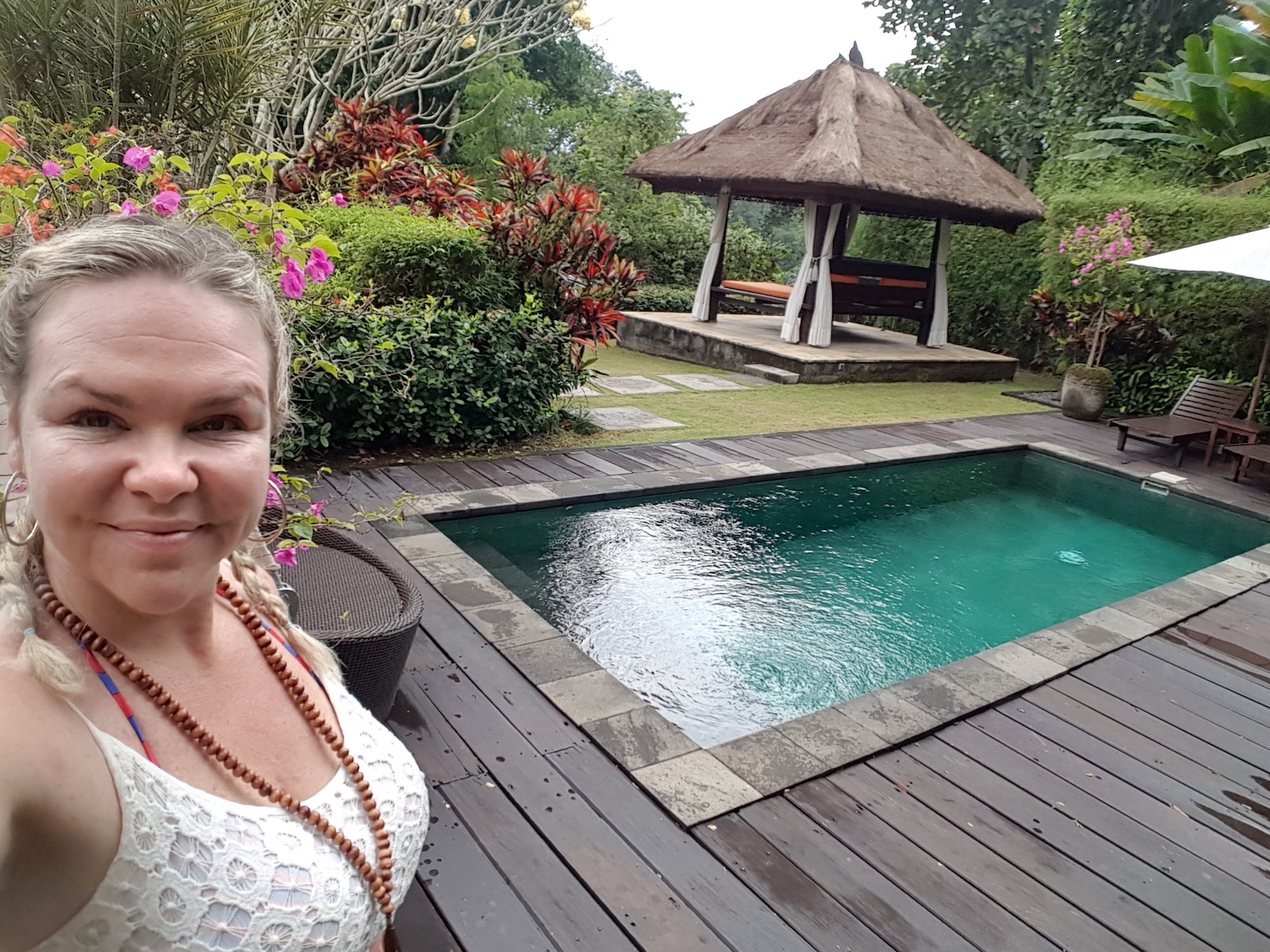 Balancing the travel bug with a desire to put down roots.

One of the things that struck me about our conservation was that even though I couldn’t relate to Erin’s exact situation, I could certainly relate to her experience of starting over after something big.

Almost ten years ago, I went through a similar experience when I came back to the United States after spending two years volunteering in West Africa. As much as I loved being home, I longed to be back on the road, to experience the world out there.

Even Erin admits that it has been difficult for her to no longer live a nomadic life.

“I have itchy feet every single day,” she says with a longing tone. “I was looking up flights today. I just can’t help it. I typed into Google: Melbourne to everywhere. Where can I go right now that’s cheap?”

But she explains that the decision to settle down for the time being was largely due to her kids.

“It has not been hard for my children,” she tells me. “They adore school. It’s their first time in school. They have friends. They’re going to birthday parties. They started having play dates at their friends’ houses, and this is all new and exciting to them. They have bikes, which they hadn’t been able to. They have extracurricular activities, which they haven’t been able to do. So for them, it’s been much easier, getting all these things that kids love.”

Like many travelers, Erin’s life now is all about balancing the travel bug with a desire to put down roots. 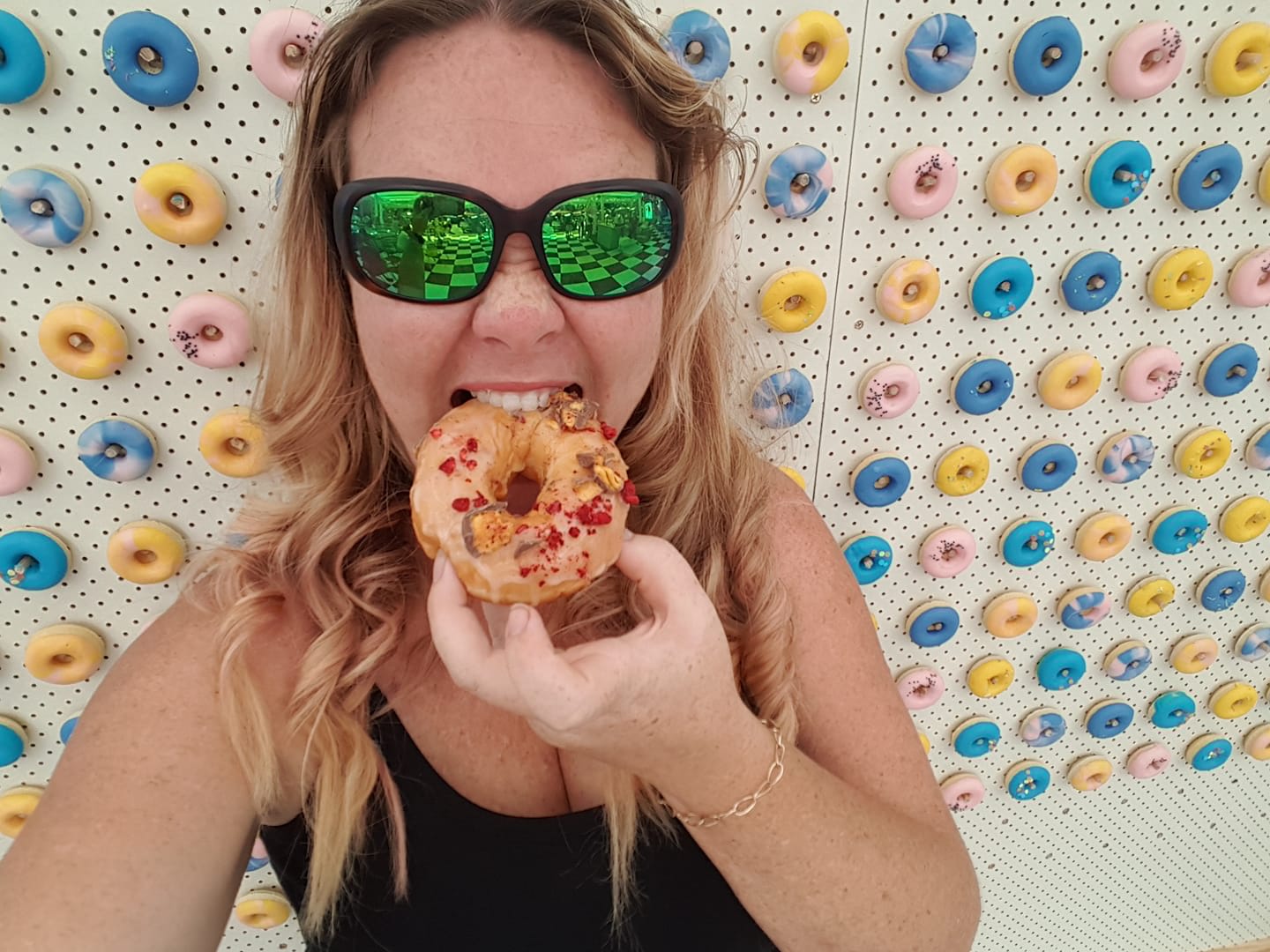 “I’m still trying to find my feet,” she says. “And I’ve got so much going on in my head. Do I want to get a dog and settle down that much? And it doesn’t have to be a dog. It’s a car. I’m having so much trouble buying a car! It means I might be here for a long time. These tiny little decisions that people make in their everyday lives are so big to you because you think, ‘Will this tie me down? Hang on a minute, I do want to be tied down.’ So I’m trying to make one decision at a time, because it is difficult.”

Erin may not have it all figured out just yet, but in a way, that’s refreshing. While I’m disappointed that I will no longer be reading stories of Erin with her family in exotic destinations, I’m looking forward to reading about all the new adventures she’ll have with her kids.

People grow. They change and evolve. And for Erin, travel will always be a part of who she is, but for now she’s ready to explore something different.

I'm a traveler, a writer, a mom, and wife. I love exploring the world with my family, and sharing my experiences with others. 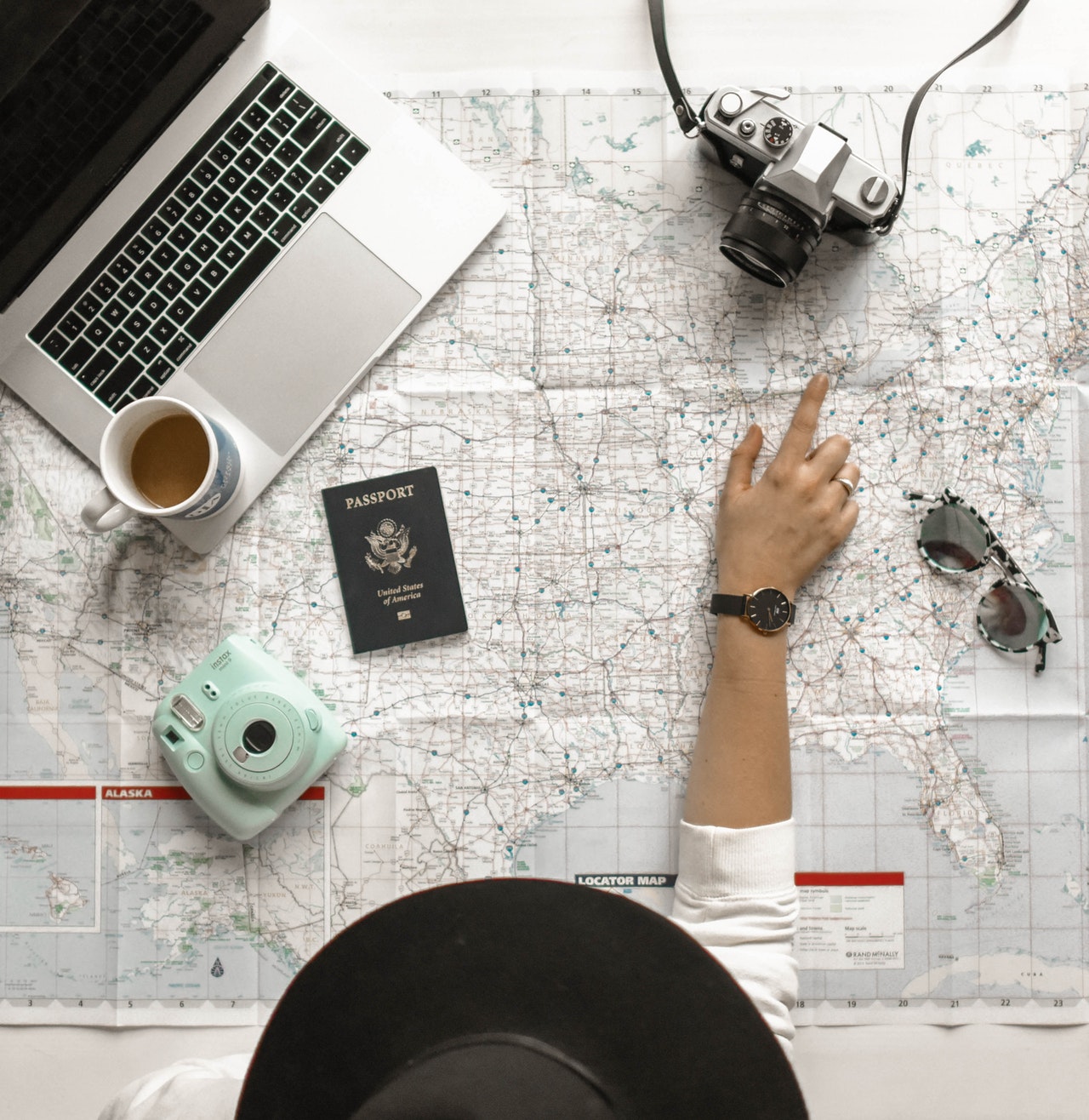 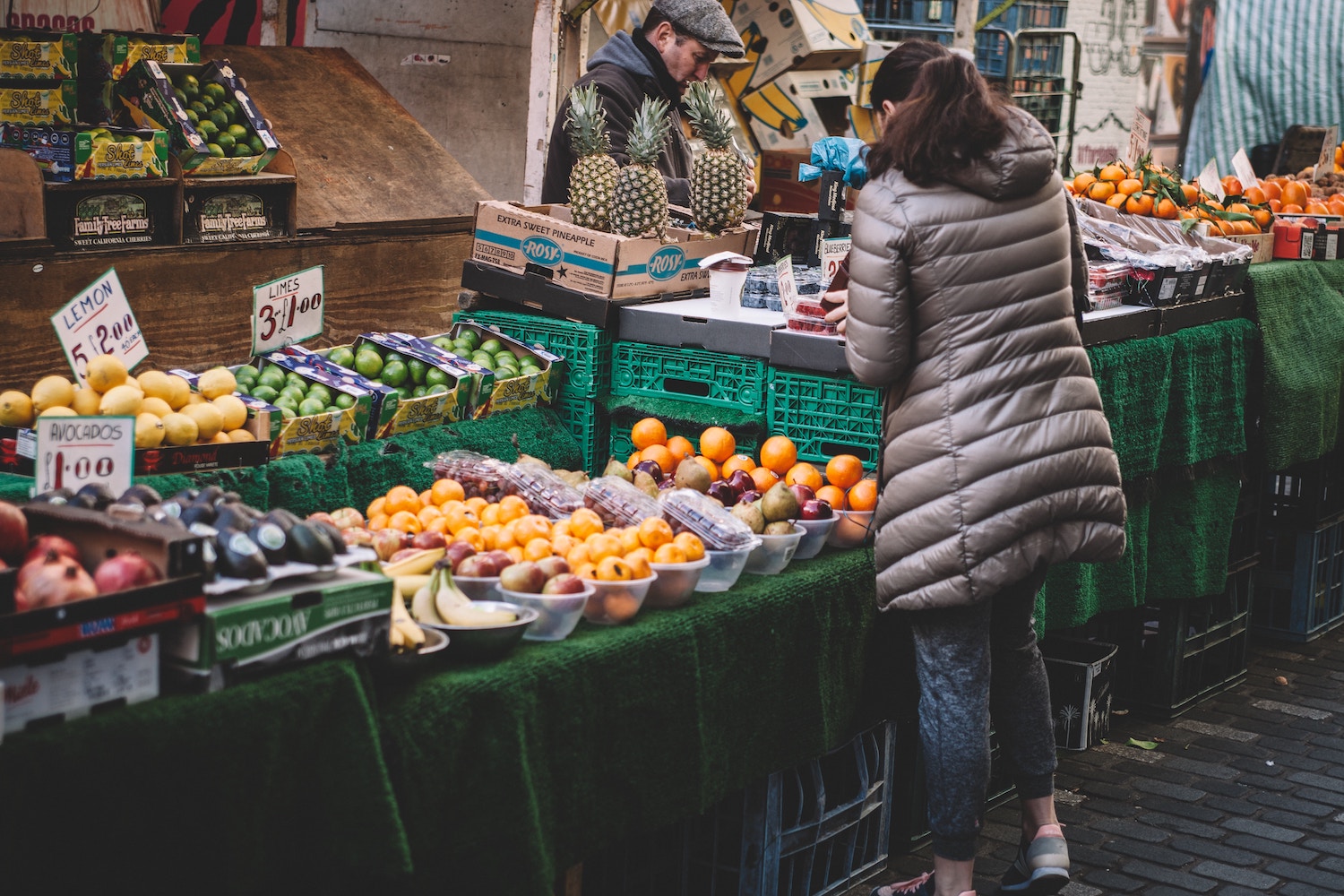 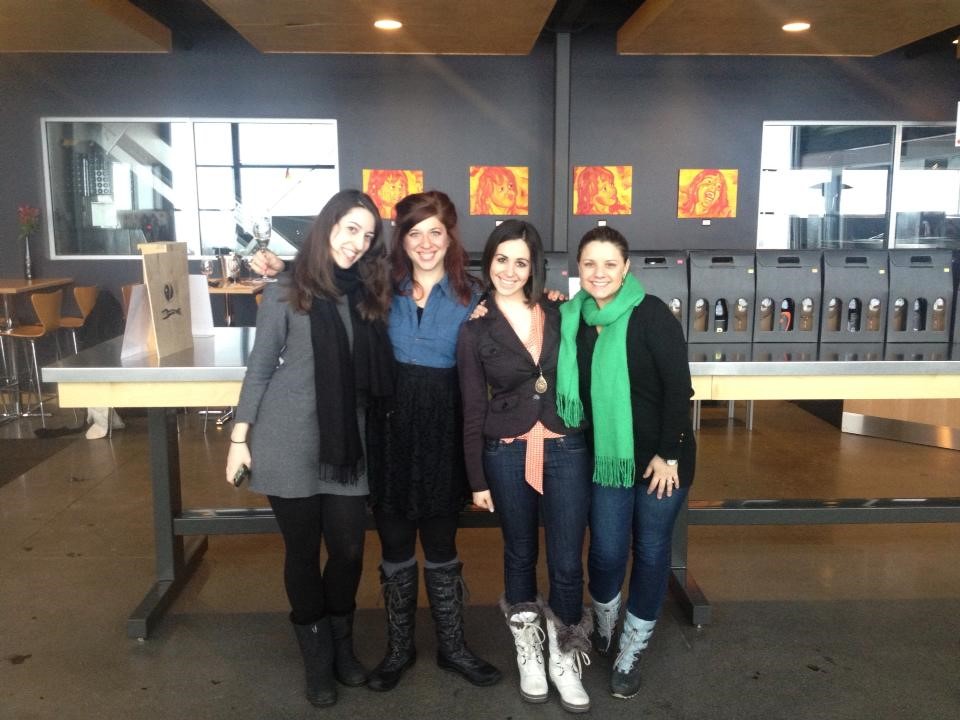 Applications to Cohort 3 are now open! 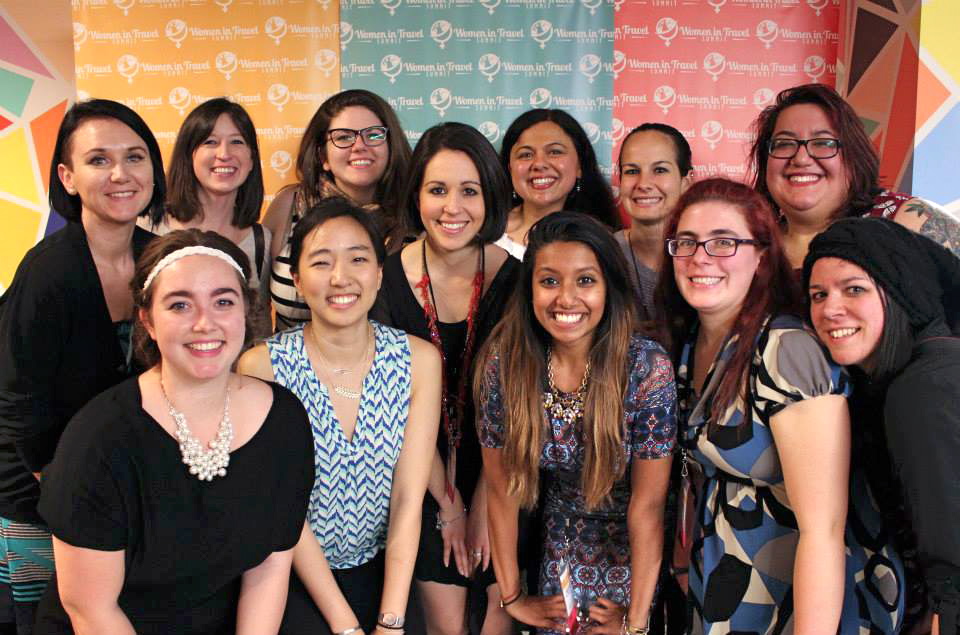 Powerful Women Need Powerful Spaces — That’s Why We Build Them