Belgrade is a smoker’s paradise. The first thing you notice when you touch down in the Nikola Tesla airport is the smell of stale cigarette smoke. In shops, a pack of Marlboros can be had for a dollar. People don’t think twice about smoking indoors (maybe because it’s really cold outside) and everyone is nice about sharing their lighters. Belgrade is also a carnivore’s paradise. Ask for the meat sampler and expect to be wowed. Asked for salad and you’ll get potatoes, maybe some chicken on the side.  History buffs, clubbers, Turbo-folk  lovers, and adventurers can all be accommodated.

When I first found out that I’d be spending this academic year in Europe, I started brainstorming where to celebrate New Year’s. My brain jumped to the typical cities: Paris, London, Berlin. Then a friend suggested Belgrade, found a bargain on an apartment rental, and all of a sudden we were booked to Serbia. My knowledge of Serbia and the Balkans in general is pretty negligible. What little I do know outside of brief lectures in conflict resolution courses is through friends from the region who mainly emphasized that Belgrade is a good city for a party.

Belgrade confirmed a lot of what I already felt about traveling in post-conflict spaces. In every post-conflict region I’ve passed through, people have gone out of their way to make me feel welcome and at ease. People explain that they and their country are not just war. There’s an emphasis on moving forward. For countries coming out of the isolation that conflict brings, this involves opening up to travelers. Although more and more visitors are starting to make their way through the Balkans, Belgrade is not a tourist hot spot. It’s an easy city to get lost in, for one – the names of many streets and squares have changed over the past four years and not all of the maps have caught up. I’m directionally challenged in the best of conditions so navigating Belgrade meant relying on the good will of strangers. I was never disappointed. In one particularly turned around moment, a woman flagged down a crew of garbage-men (“they know the city best”) who briefly consulted with each other before directing me on my way.  While finding my way to various destinations, I filled up my camera with political graffiti, images of bombed-out buildings alongside shiny markers of new development. Contrasts are part of conflict and post-conflict.

Serbia’s non-EU status makes Belgrade a relatively affordable European city. A dollar can go far if you know where to look. Trip highlights included a trip to Tito’s grave (a ten minute 1.20 euro bus ride from the center of the city, 4 euro admission). The attached museum functions as part shrine to the former president of then-Yugoslavia and part crash-course in the history of the Non-Aligned Movement. We also ate a lot. Coffee and pastry shops line the streets of Belgrade. Bakeries sell borak and fresh-baked bread. Popcorn machines are positioned every few blocks. The Danube is dotted with barrages converted into restaurants and clubs. After a long dinner, you can wander a few barrages over to a dance party (we found ourselves in the awesomely-named

Blaywatch, a two-story barge-club with a pool, scantily clad back up dancers, overpriced drinks, and heavy rotation of Turbofolk). New Year’s itself was a blur of firecrackers and metal music. We ushered in the New Year outside, in a square with hundreds of others, a giddy moment in a giddy weekend.

I got on the plane back to Bologna feeling like I had not so much as scraped the surface of what Belgrade has to offer. I think I just found a new corner of the world to start exploring. Here’s to New Years celebrations in unexpected places. 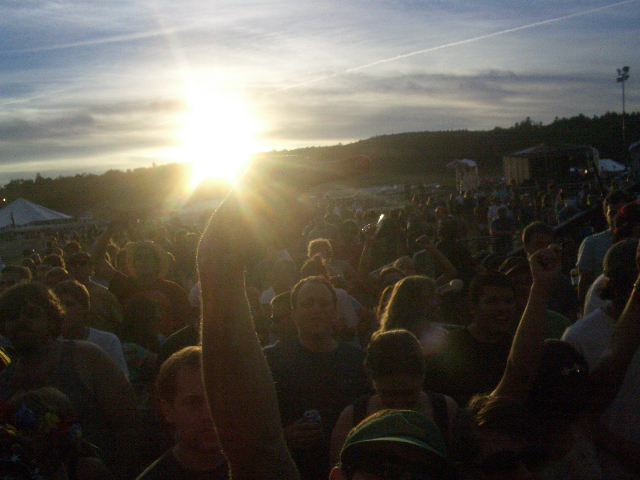