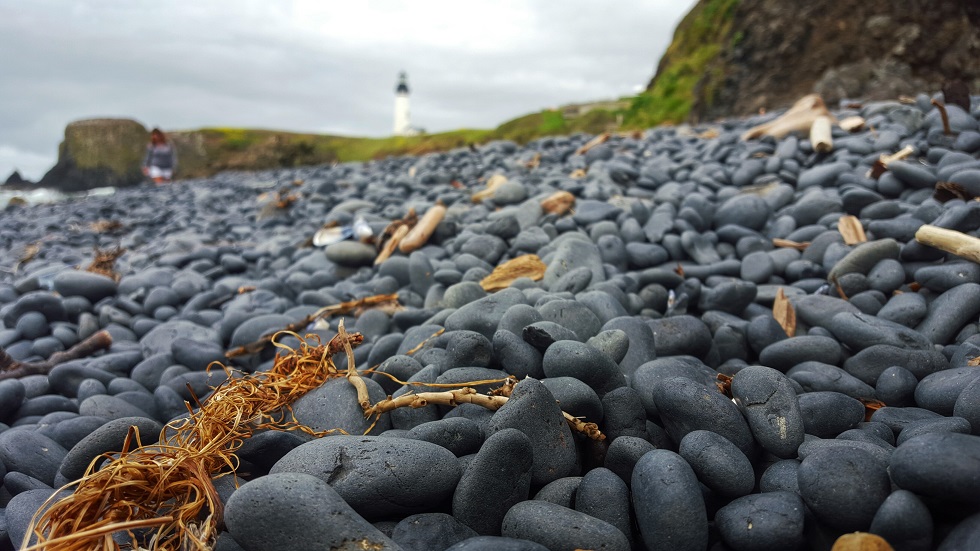 A beautiful view of Yaquina Head Lighthouse on the Oregon Coast

I took on the adventure with an elite team of travel influencers, including Mariellen Ward of Breathe Dream Go, Teri Johnson of Travelista Teri and JD Andrews of EarthXplorer. We were known as the “Gorilla Glass 4” (we even had jackets).

On our final days with Gorilla Glass, we went back in history along the Oregon coast

Since our trip has been more focused on adventure travel, we haven’t spent a whole lot of time exploring Oregon’s history. Yet as we took to the Oregon coast for the final days of our Gorilla Glass adventure, we were able to capture some more recent periods of Oregonian culture (and by “recent” I mean “not from more than 30 million years ago”). Here are some of our favorite spots: 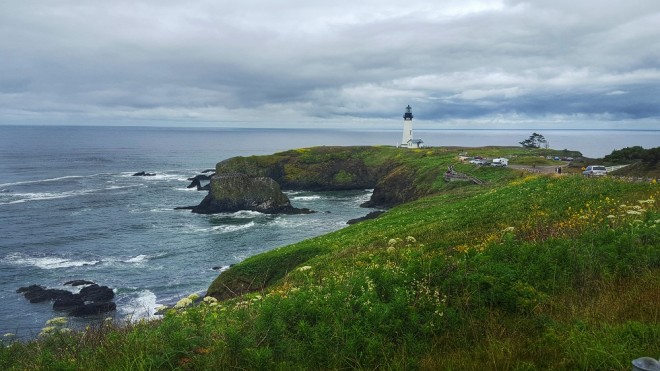 You’ll know when you’ve reached the Yaquina Head Lighthouse. Not only is it the tallest lighthouse in Oregon, but in my opinion it’s also the quirkiest. If you sign up for a tour, you’ll be greeted upon entrance by a friendly lighthouse keeper who enthusiastically shares that you are actually applying for a lucrative $600/year position as his second assistant (of course, $600/year was a lot more in 1873, when the lighthouse first began operation, than it is now). 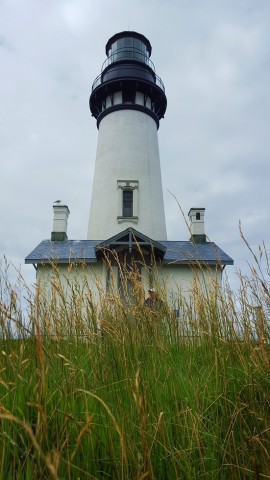 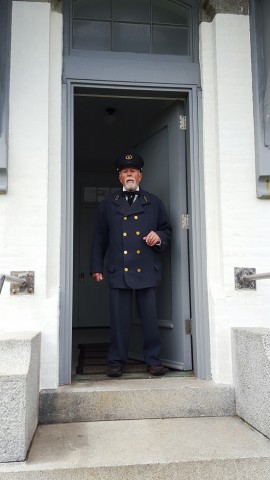 Formerly known as the Cape Foulweather Lighthouse, the Yaquina Head Lighthouse features a French Fresnel lens from 1868. Although the light inside is tiny, the enormous lens refracts the light so dramatically that it is able to reach ships as far as 19 miles away. 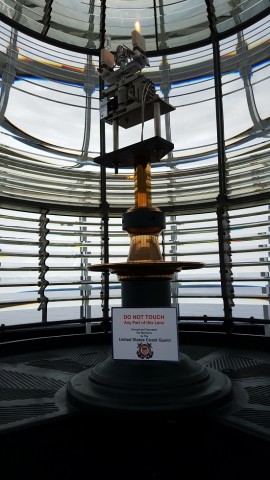 We wouldn’t want to drop our phones the 93 feet from top to bottom. That’s a really tough drop. 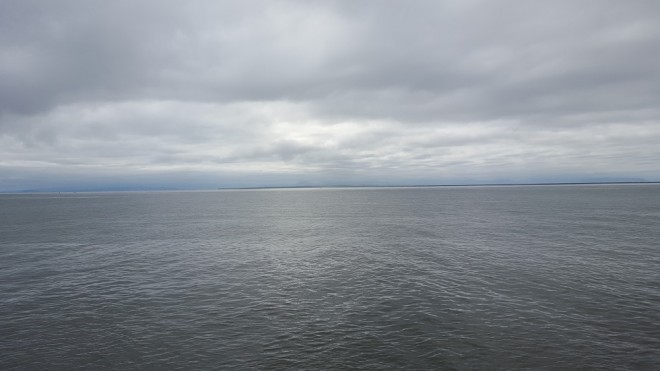 To understand a bit more about the Pacific Northwest’s maritime history, we took a trip to Cape Disappointment and the amazing Lewis & Clark Interpretive Center. We learned there that the lighthouses not only tell ships that they’re nearing water, but they actually help ships identify precisely where they are.

This is because each lighthouse has a different light pattern, so ship captains can literally take out their watches and find out which lighthouse they’re approaching based on the timing of the light flashes. The photo below shows an example of different lighthouses you’ll see along the Pacific Northwest:

Cape Disappointment was the culmination of Lewis & Clark’s epic journey to the Pacific, and the interpretive center exists to chronicle that adventure. It was named as such in 1788 after a British Adventurer was “disappointed” to find that the river he was so excited to discover was only a bay (it turns out later that he was wrong).

Fun fact: Did you know that Sacagawea, the famous Native American woman who joined Lewis & Clark on their adventure, did so with an 11-month-old baby in tow? Talk about a powerful travel mom. 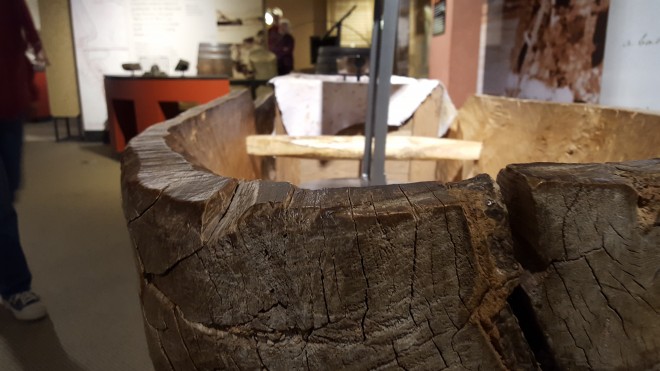 After the interpretive center, we went straight to the scene of history itself – the beach! One thing you’ll notice immediately in the photos below is that the beach is covered with incredible pieces of driftwood. The Columbia Bar, a sandbar located in the Columbia River, is known as the “Graveyard of the Pacific” because it’s caused nearly 2,000 shipwrecks since 1792. That’s a lot of wood.

The placement of the driftwood also makes incredible sand designs. This is because the “white” sand, which is inherent to the beach, is mixed seasonally with black sand that comes from the rivers. When the waves lap over the beach’s surface, it makes fantastic sand art.

Here are some amazing images that you’ll find along Cape Disappointment, all taken on my Samsung Galaxy S6 device with Corning Gorilla Glass 4: 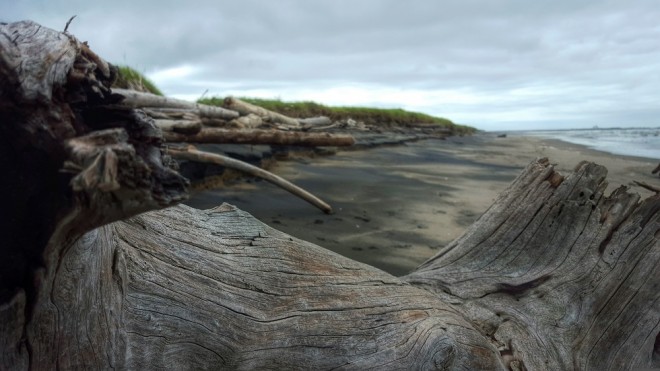 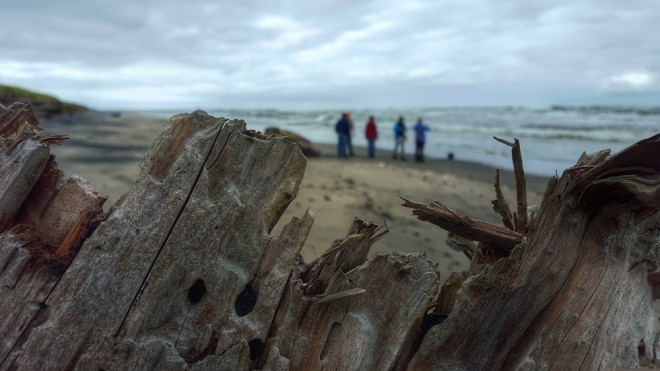 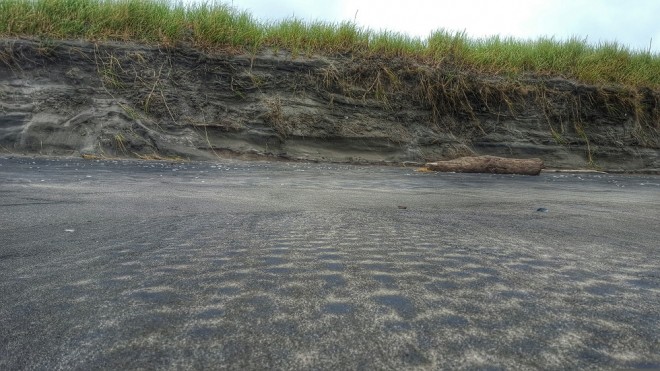 Astoria, named by the famous founder, John Jacob Astor, was once the most bustling city on the Pacific Northwest. Now, this pocket-sized town features a population of 10,000 and more cute cafes, soap boutiques and mini theatres than you can feast your eyes on.

We were lucky to stay at the Cannery Pier Hotel, recently named one of TripAdvisor’s most romantic hotels in the country. Its heart bursts with love for Astoria, both past and present, and showcases a number of old photographs and history markers along its sun-soaked community spaces. Add in a wine tasting every evening and freshly baked cookies at night and you’ll see why this hotel is a great place to call home base while exploring the town’s unique history.

The fact that it provides car service in a turquoise ’58 Chevy isn’t so bad either. 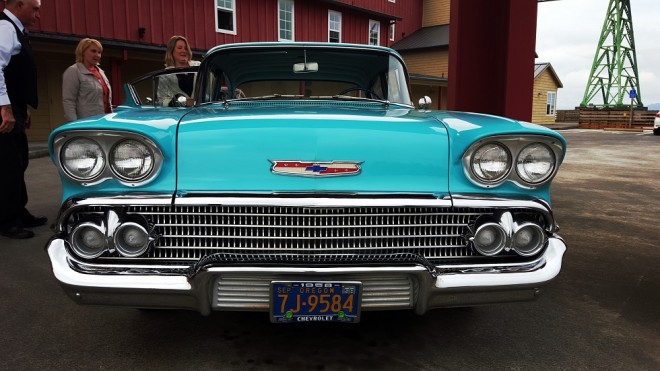 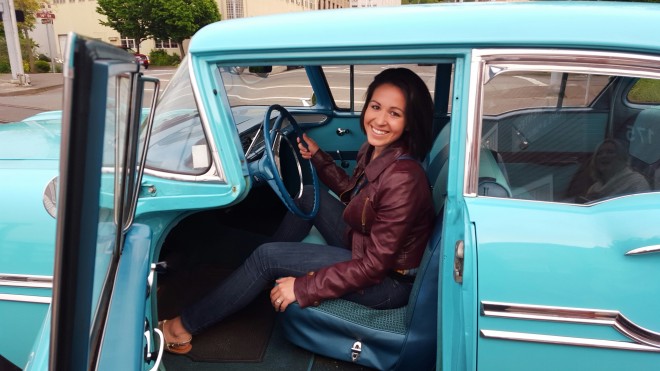 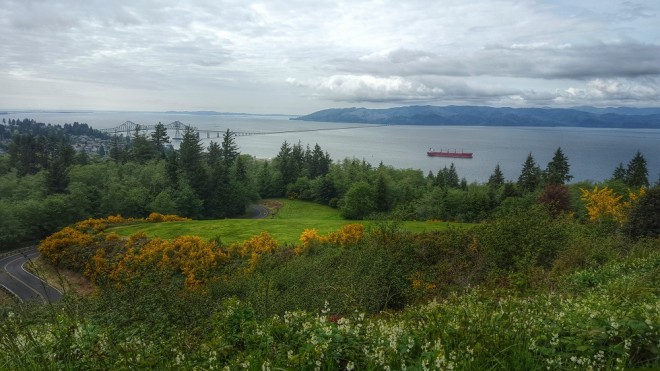 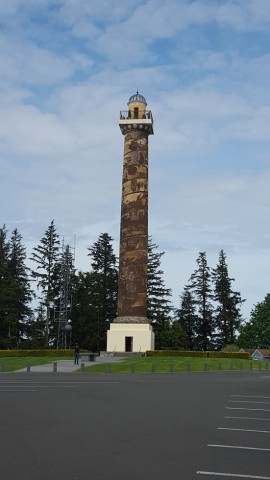 If you’ve made it to the top of the column, you’re encouraged to fly biodegradable wood airplanes off the top and watch them soar down into the trees far below. Because it’s so windy at the top, this usually results in a pretty long flight as the little glider is carried by multiple gusts of wind.

Watching the plane soar through the Astoria skyline was a perfect way to end what has been a truly epic adventure with Corning Gorilla Glass. The best part is, there’s still so much more to come. I’ve spent a whole week exploring the capabilities of a new Samsung Galaxy S6 phone with Corning Gorilla Glass 4, and now our Gorilla 4 team is able to give some away – PLUS a $1,000 travel gift card to one incredibly lucky winner.

Here’s how you enter

If you’re interested in winning one of the Samsung GalaxyS6 smartphones that Corning Gorilla Glass will be giving away from May 18-29, here’s how to do it:

We can’t wait for you to see for yourself the joy, beauty and peace of mind that these devices have brought into our lives, and hope you’ve enjoyed seeing some of the United States’ most glorious “tough drops” we’ve seen. 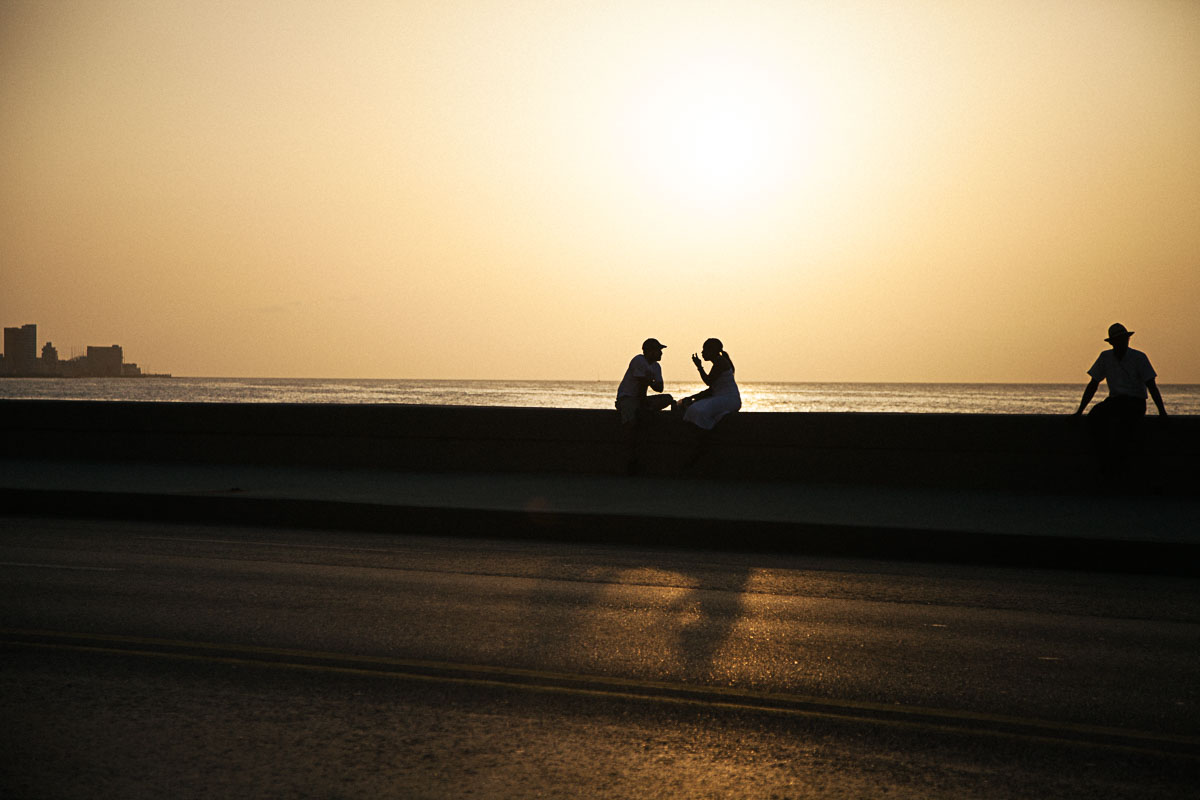 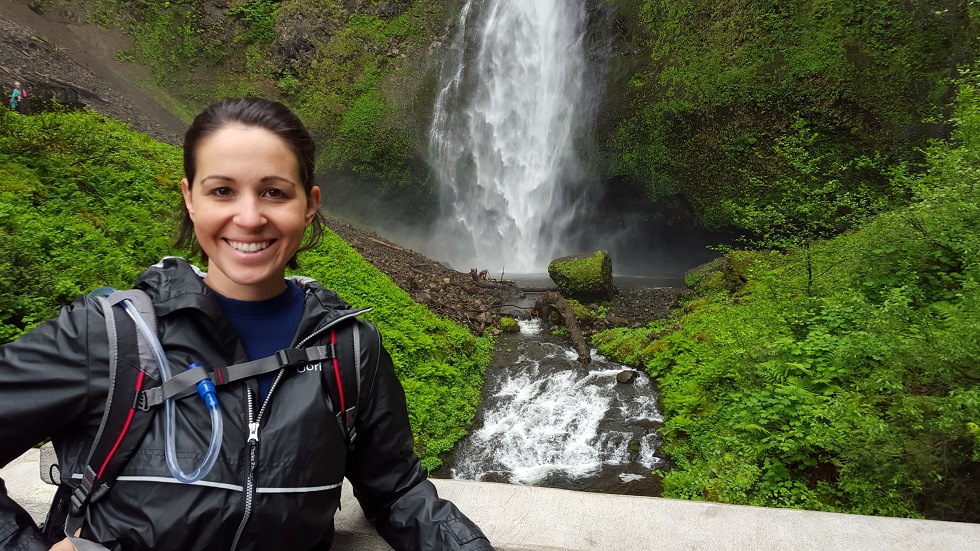 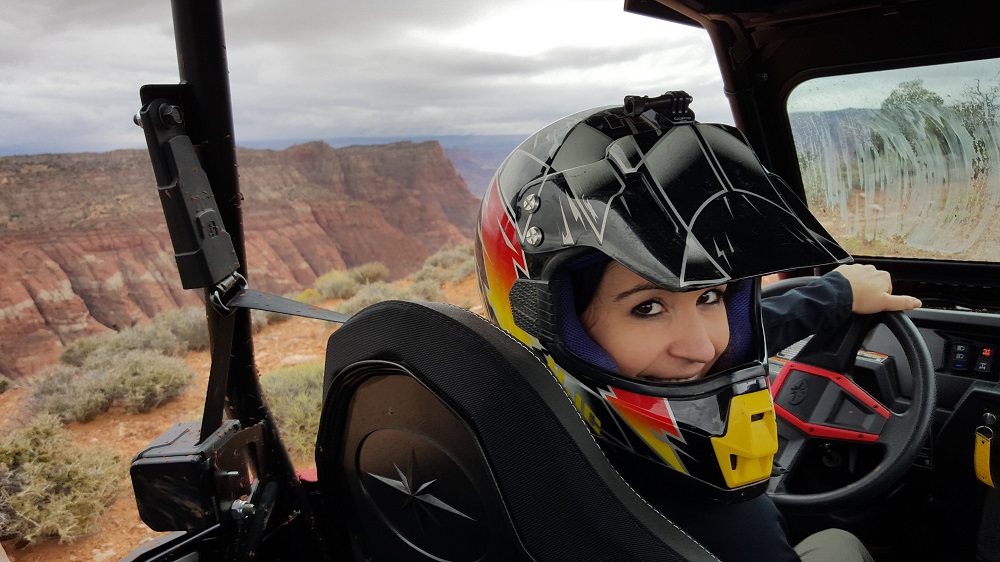 Tough Trails: How to Prepare for Your First UTV Ride 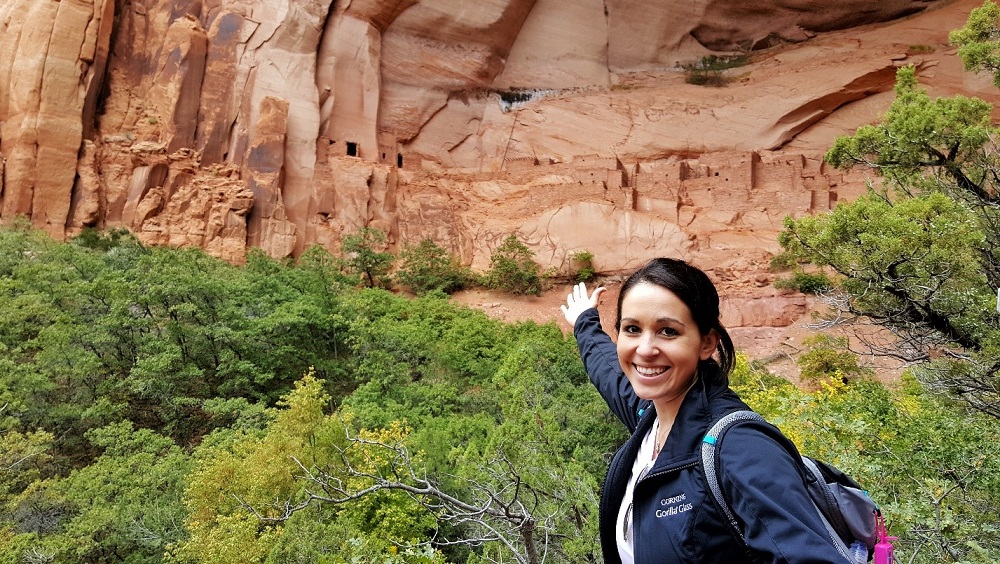