About two weeks ago one of my dearest friends arrived in Iqaluit wearing brand new boots and a look of anticipation. Her name is Danica Kwong, and I met her when we were both Masters students living and studying in the heart of London, England. Since then we have lived in or travelled to 5 countries and 12 cities together, sleeping on couches, fields, or military-issue twin-size beds as necessary. After our studies were finished, Danica moved onto live and work in Geneva before returning to London for the last two years. Meanwhile, I, as you know, eventually migrated north to the Canadian Arctic after living in Bangladesh and Toronto. In the four years since we graduated, we often spoke of living in the same city again. I never imagined that that city would be Iqaluit.

Now that Dani is here, living in my house and loving her new northern life, it seems natural that we would find ourselves in a remote Arctic community. It has not only renewed our friendship, but watching Danica take in the sights and sounds of Nunavut has also rejuvenated my excitement for the territory, like I am seeing it all again for the first time. So, for this post, I asked Danica to share some of the first pictures she took upon arriving in Iqaluit. What she chose to photograph, and how, I think speaks to how newcomers view the town, its surroundings, and the lifestyle. Captured in this photo essay are my own memories of my first days in the territory along with my current understanding of living in Iqaluit, all of which contextualize, and sometimes contradict, Danica’s first impressions.

What are those? Clouds? Pillows?

Danica’s initial observations of the Arctic from the air were very similar to mine: At first neither of us were really sure of what we were looking at. She thought the snow-capped mountains of Baffin Island looked like pillows, I thought I was looking down on the surface of the moon. The commonality here was that we both faced a landscape unlike anything we’d ever seen before.

It’s not surprising that Danica thought the homes in this photo look like blocks of Lego, as Iqalummiut affectionately call this neighbourhood “Lego Land.” Dani also noted that she thought immediately of “that episode of Borgen when they went to Nuuk,” which makes sense as well, since Borgen is a Danish drama and Lego is a Danish toy, and Greenland is kind of like a souped-up hybrid of Nunavut and Denmark.

I, too, took a similar photo within my first month in Iqaluit. Bigger than your average purse dog, ravens are a formidable source of both fascination and fear in the north. Newcomers are always surprised by their size, while long-term northerners appreciate their intelligence and grace, featuring them in excellent books or handmade jewellery.

One Dog Under Two of Three Suns

This is a pretty spectacular photo, because it captures so many things that I love. First, it features one of my dogs, Heffley, wearing a parka that I made for him. Two, the big, frozen mass of Frobisher Bay, as viewed from Rotary Park, makes for a dramatic backdrop. And finally, do you see that point of light to the right of the sun? That’s a sun dog, which occurs when ice particles in the air refract the sun’s rays. They actually create a rainbow that encircles the sun, but often you can only see two points of reflection (the sun dogs). In French this phenomenon is called les trois soleils because there is one mini “sun” on either side of the real star, making it three suns in total.

You will notice that Dani takes a lot of photos of Nunavut’s sky. This photo, taken during our extended twilight hours, explains why. She calls this one “Blush Pink Sky,” perfectly describing the touch of rouge on the horizon.

If the twilight doesn’t capture you, then for sure the sunset will. It seems like no two sunsets are the same. On this day Danica captured a brilliant royal purple sky, the colours caused by variable cloud formations. Silhouetted in the foreground are Heffley and our neighbour Rowan, alone but together in the tundra. This simple vignette captures so much of what is special about Nunavut: the sky, the land, and quiet companionship.

Lonely, desolate, and cold; that’s how some would describe the Arctic, and this photo. But Danica said it seemed inviting, this lone bench an oasis of comfort in the frigid tundra. It also exemplifies one thing I always notice when I am on the land, and that is how jarring any man-made items appear against Nunavut’s striking natural background.

“I thought we were going to a community centre with fold out tables.” Close, but not quite. Wednesday Wing Night is a very popular event in Iqaluit, held at the Storehouse Bar and Grill every Wednesday evening. The photo above captures another true Nunavut tradition: lining up at the bar in an orderly queue. Nunavut newbies should know: Don’t try to skip the line or crowd the bar, unless you want to get booted out of the territory.

Iqaluit’s Royal Canadian Legion is not only the most profitable Legion in Canada, but it is also the only club in town. This means that every Friday and Saturday night, Iqalummiut suit up, boot up, and line up outside of the Legion’s doors, hopes high that they will have a great night dancing to top 40 music that was popular at least a few months ago under strobe lights. Of all the photos Danica shot during her first week in Iqaluit, this one of us on the dance floor may be the most dangerous, as the Legion has a strict NO PHOTOS policy, and any breach of the rules can lead to suspensions that can last for years.

The look on Heffley’s face says it all. This is one of the walls in Danica’s bedroom, which used to be our guest room and my sewing storage. From left to right, the furs are coyote, silver fox, and Arctic fox, and I bought them to trim parka hoods, mitts, and other winter items. A standard sight in many northern homes that house a seamstress, the skins were an initial shock to Dani, who remarked, “I’m definitely back in Canada now.”

A final shot of the sky (and Heff). “The moon is so bright here,” Dani said to me; you can see how it lights up the night sky to a rich, deep blue. It’s the same moon we saw together in London. It shone over us when we drove along the coast of Ireland and hung in the sky as we celebrated a wedding in Annapolis. And yet it looks different. Maybe it’s because without all the city lights you can pay attention to the stars. Or maybe it’s because our senses are heightened in a new environment. That being said, when it comes to the territory’s landscape, my sense of wonder and excitement has not faltered. Though I have become accustomed to many of the quotidian features of life up north, the beauty of the skies, terrain, and people has not grown old. And this is something else that Danica and I can now share, this understanding that northern Canada can leave on her denizens a static first impression. 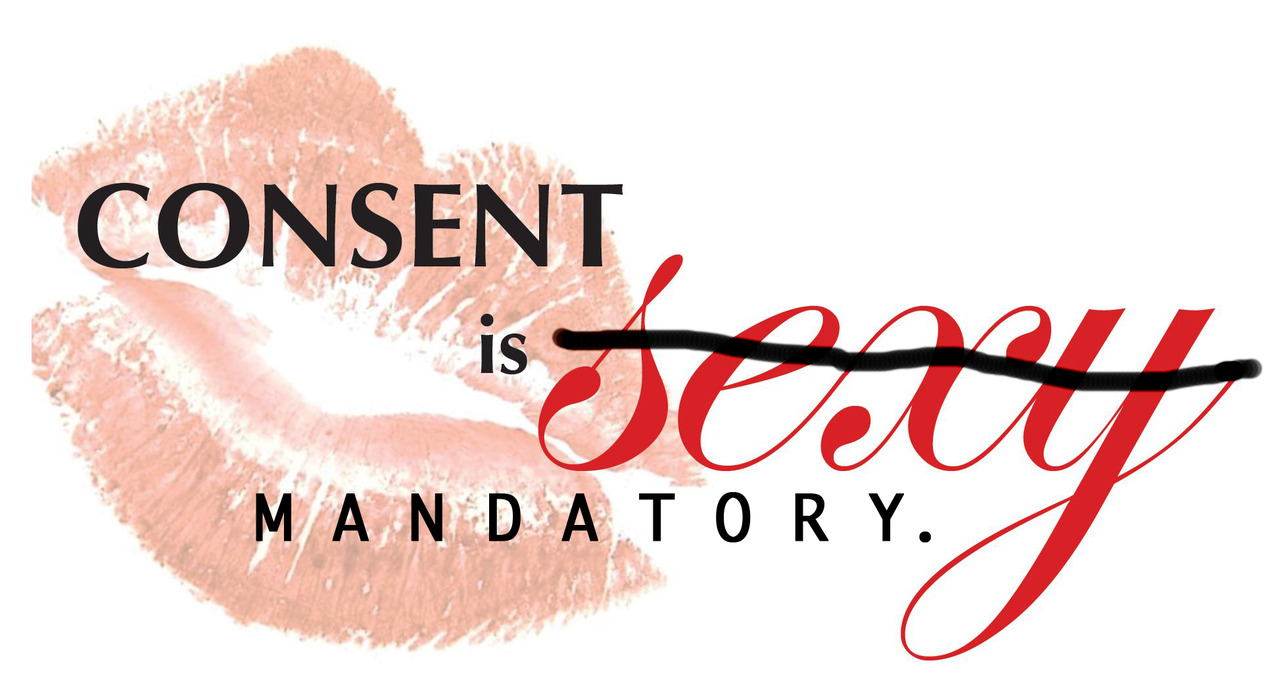 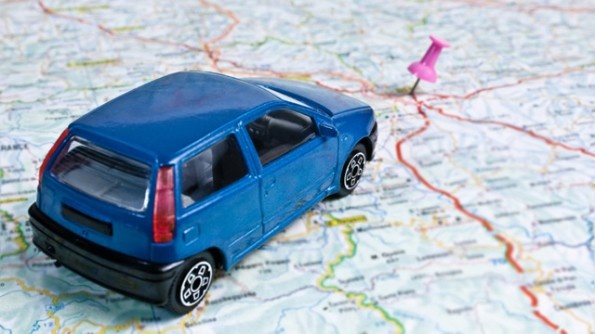 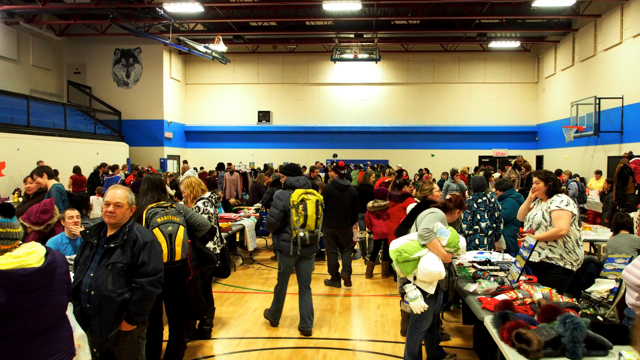 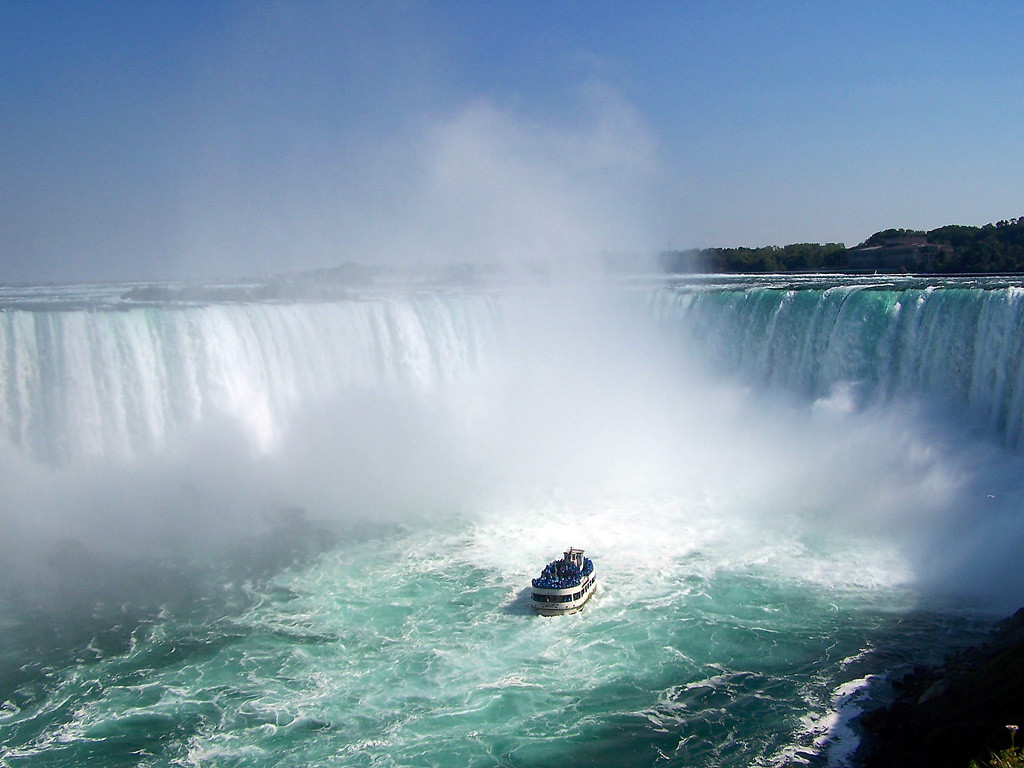