One afternoon, I was walking with a friend from out of town in Alcântara, an old Lisbon neighborhood right beside the river that was once a port for cargo ships.

If you’ve never been to Lisbon, the Portuguese capital is one of the oldest and most well-preserved European cities. Each neighborhood is full of rich history that is reflected in the old buildings, the medieval churches, the romantic palaces, and the narrow cobblestoned streets that cover the city’s seven hills.

Although a lot of the dilapidated houses in Alcântara have since been renovated, there was still much work to be done on the walls of a few of the abandoned buildings that were once warehouses built to shelter incoming ships’ cargo.

And that was exactly what a group of people further down the street seemed to be doing.

There were five of them. One person in a team of two held stencils for the other to spray paint a colorful image directly onto the crumbling wall. Another duo was freely designing, spraying words and signatures. And the last was looking on from behind the active foursome, occasionally commenting on the work being done.

We were too far away to fully understand what was being said, but we could hear them laughing.

“Kids these days don’t miss an opportunity to mess around,” my friend said to me. I silently agreed.

As we approached the group, we began to realize that something wasn’t quite right with the scene. We stopped. There was something different and unexpected about their clothing, gloves, face masks, and…walking sticks?

Our presence was noticed.

All of the street artists in front of us were old enough to be our grandmother!

We could easily have imagined any of these ladies at home knitting a shawl, crocheting a granny square, or painting a porcelain vase. But here? In the heart of a not-so-safe neighborhood armed with spray cans? Never.

If you think that women of a certain age have no motivation to learn something new, or if you are convinced that life is out of passion after 65, think again. Your biases (as ours were on that day) are about to fall apart.

[Tweet “”All of the street artists in front of us were old enough to be our grandmother!””]

Luísa Cortesão was 65 in 2012 when, after facing a long-term illness, she decided it was time to make a change.

“In my youth I was used to running from the police,” she said. “I was a young rebel back in the seventies, the revolutionary times when we were all against the self-imposed dictatorship. I could never imagine I would be doing it again at this age.”

Honoring her passion for art and reawakening her rebel side, Luísa found graffiti, and in that world a new excuse to pump the adrenaline back into her veins. Her first contact with this form of art was the day she met Lara Seixo Rodrigues. 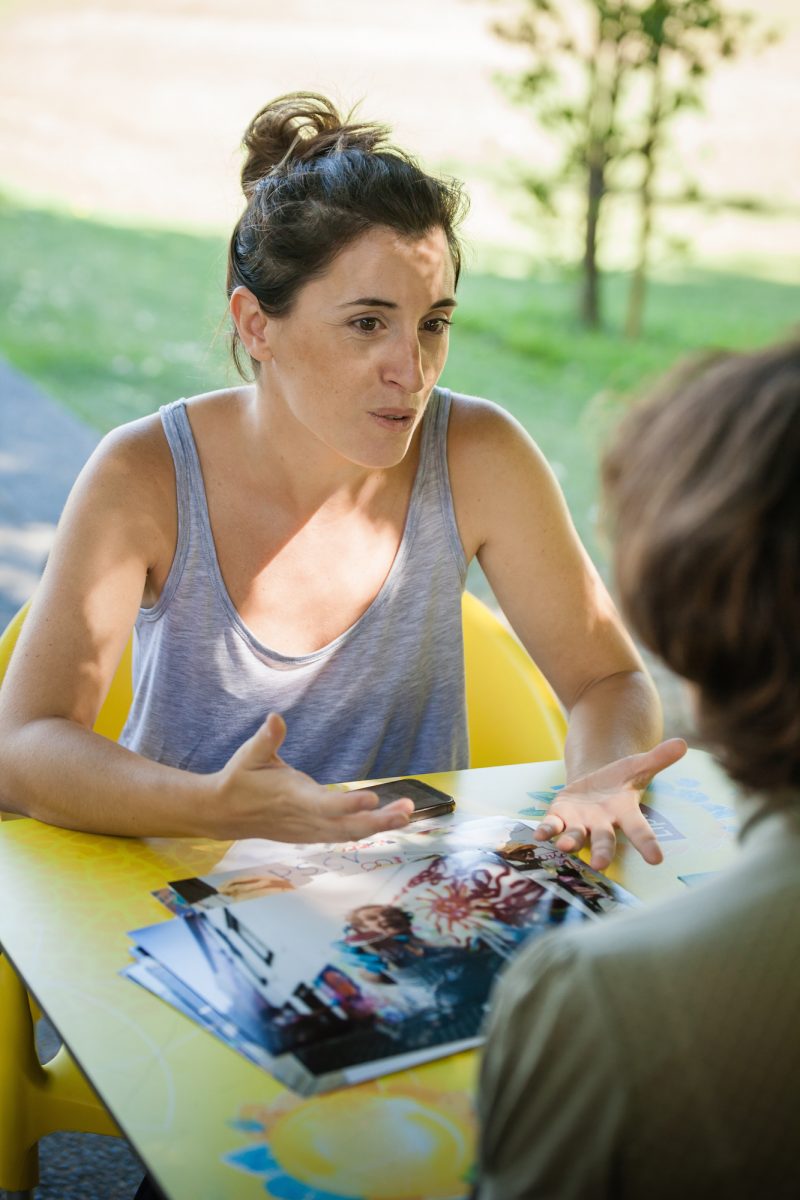 Lara (pictured above) was a young architect from Covilhã, an isolated town in the heart of Portugal, surrounded by the country’s biggest mountain range — Serra da Estrela.

Once an important site for the international textile industry, today Covilhã is filled with huge abandoned factory buildings and lives in the shadow of its glorious past.

Lara had a passion for urban art, and in an attempt to revive her hometown’s cultural scene, she started organizing WOOL, an urban art festival.

The first festival brought with it an interesting phenomenon. Lara realised that the people who were most curious about the art and the guest artists were the seniors in attendance. Every time she made a presentation, every time she was on the street with the artists, she was instantly surrounded by people of a certain age.

They were not there to criticise or complain. They were there to know more, to understand what was going on, and to look at the work that was bringing a new life to the old buildings in town.

That’s when Lara thought: Why not invite them to participate?

“For older people, there are always the same activities, a kind of an extension of their often boring and solitary lives,” Lara told me when I interviewed her a few days after my encounter with the graffiti group. “Maybe it was time to risk a different one.”

In 2012, Lara arrived in Lisbon and decided to take the chance. In only 15 days, she managed to organize the first street art workshop for people over 65.

On the first day, there were only a few shy attendees. On the second day, there were a few more. The confidence had started to grow. On the third day, Luísa attended. She brought a contagious passion and motivation. The workshop ended with an unimaginable success.

LATA 65 was born, and Luísa became the face of the movement.

From then on, Luísa was unstoppable: Spray cans, stencils, and attentive eyes (to find the best wall) entered her daily routine. Other people started joining her on her street raids. The only requirement was that one had to be 65 or older.

Luísa’s work inspired a whole movement. Even after her death earlier this year, her creations are still alive all over town. After all, the logo of the movement was created from one of her stencils.

Today, there are more than 200 seniors painting walls all over Portugal. But Lisbon is the city where these very special rebels are keeping the culture alive.

While these artists are arguably ageless, they tend to average out at about 70 years young (though the oldest in the group is 102). Until recently, most of them didn’t even know what the word graffiti meant. And, to them, street art was only another way for rascals to make trouble.

Now, everything has changed. They are the rascals, armed with spray cans and walking sticks. And they don’t hesitate to use the perks of their age to get out of trouble: Who would believe that the little old ladies with gray hair were there to bring some color to the walls?

So, if you’re in Lisbon and bump into a group of these ladies (men are invited to join too, but currently most participants are women) working, don’t mess with them, and definitely don’t interfere if you believe that age is a limitation.

Instead, look around, get inspired, and — if you’re not over 65 — take the opportunity to reflect on how you want to grow old. Because the number of years you’ve accumulated doesn’t define who you are. 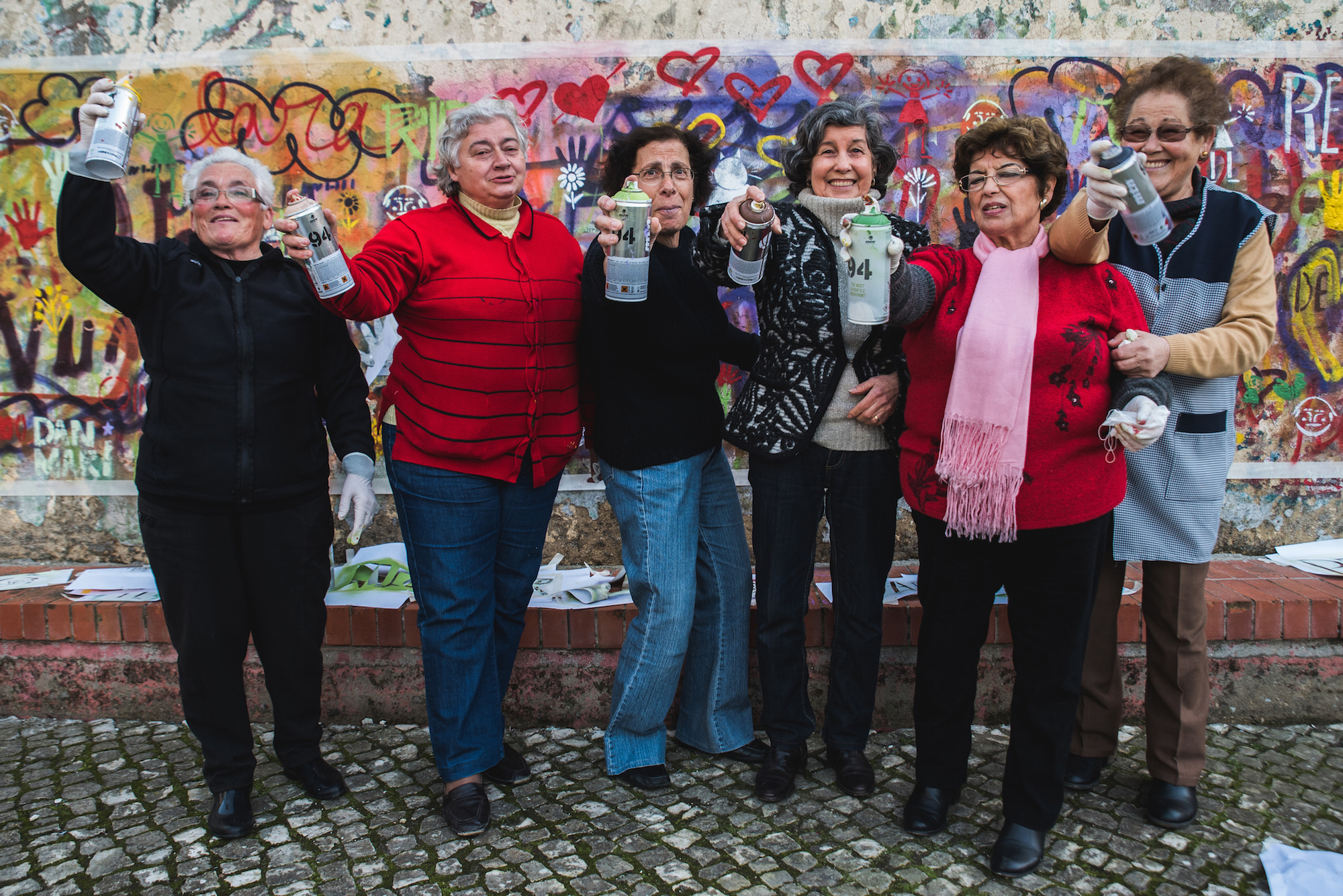 What would you do if you ran into these badass, rebellious grannies? Share in the comments!

I'm a writer and a traveller looking for the simplest and kindest path. I choose sustainable travelling so that my journey leaves no undesirable marks. I travel as a minimalism exercise as I write as a meditation practice. My ultimate goal is to be happy, not as a final destination but as an every day encounter. 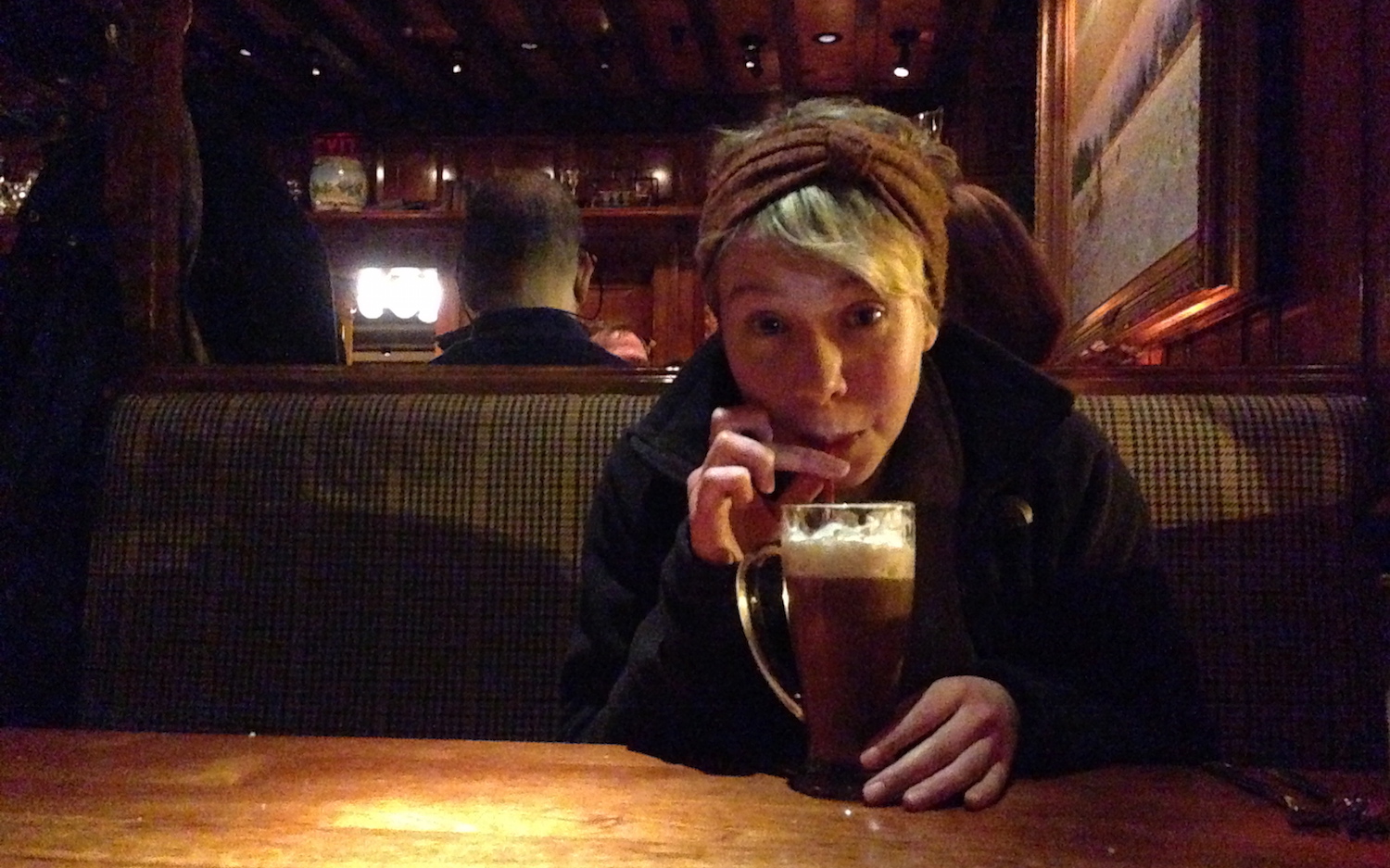 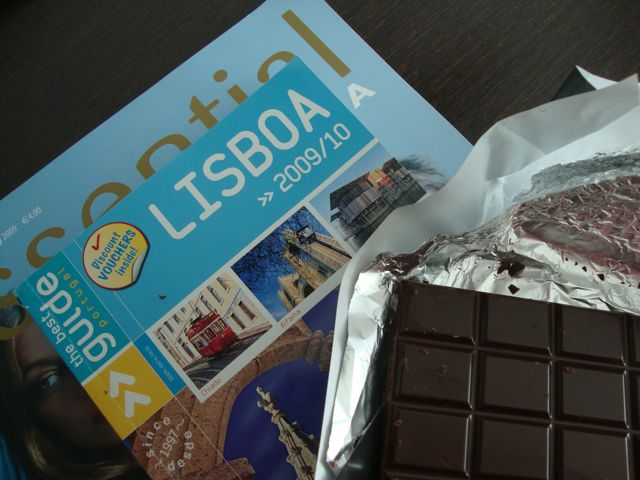 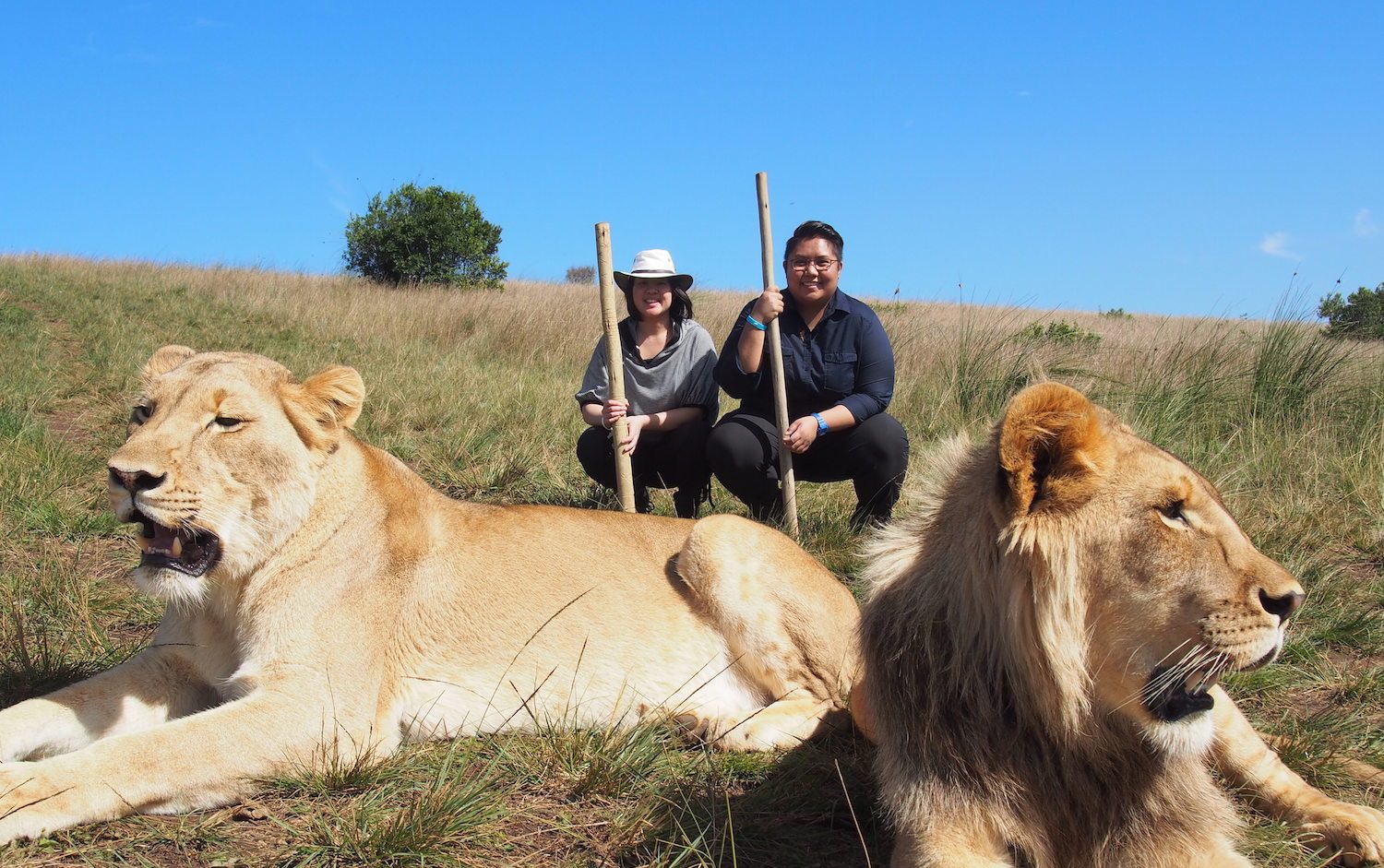 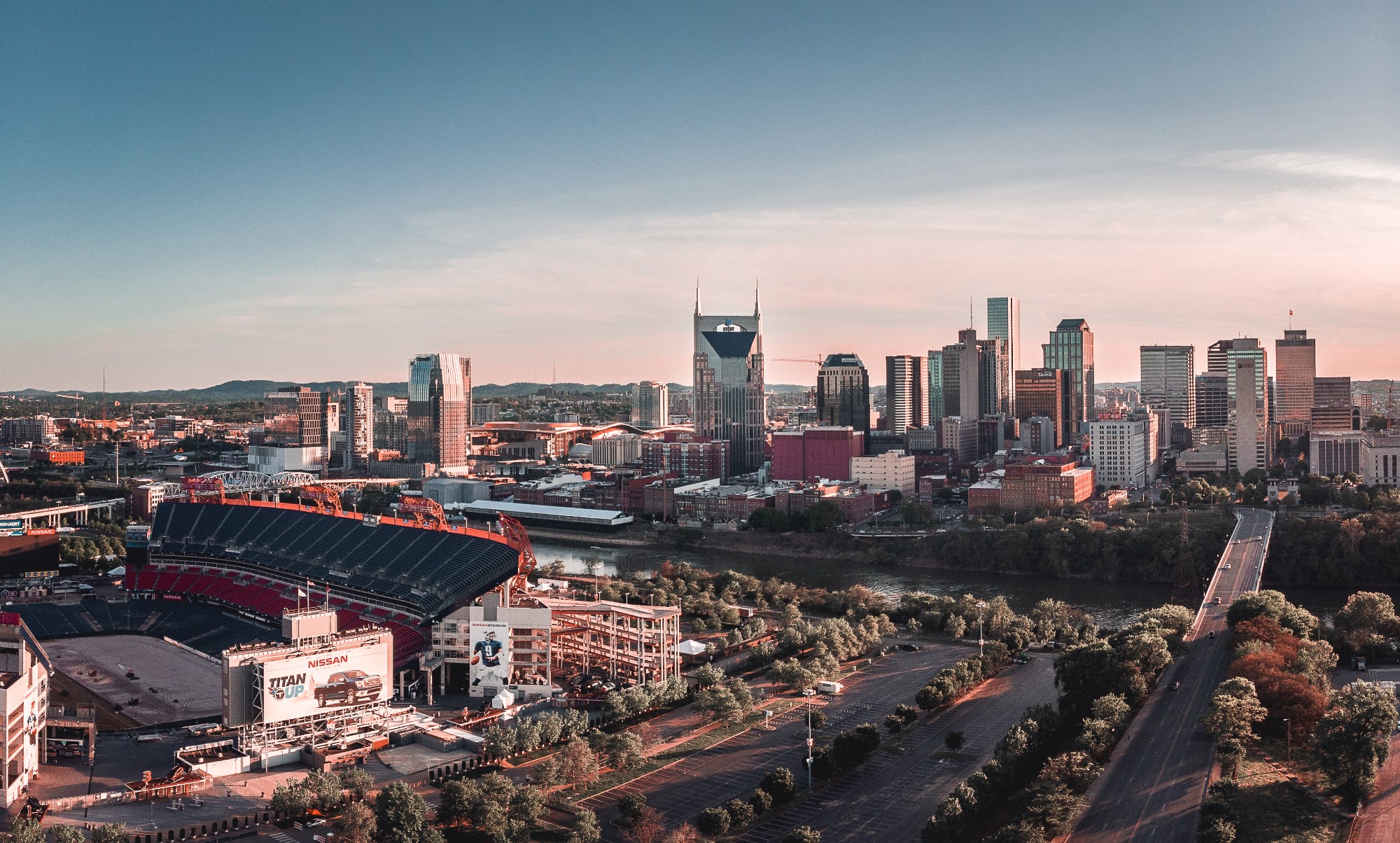