Ellie & I depart Shimokita at approximately 7pm on Friday night, after work.  We spend most of the evening winding our way down to the Tohoku Expressway which starts in Hachinohe.   The road is new and relatively empty, and we are quickly out of Aomori and into Iwate prefecture.  We drive until around midnight and pull into a rest stop, where we discover a relatively clean bathroom and an entire room full of vending machines, which not only offer cold & hot beverages, a wide array of cancer sticks, but also frozen food (yaki-soba anyone?) zapped to order.  We brush our teeth, take out our contacts and lay out our sleeping pads & mats in the back of the Beast.

We are up by 6:30 and on the road by 6:45.  We drive nearly down to Sendai in Miyagi-ken and pull off into another rest stop where we cook a breakfast of potatoes, eggs, tomatoes, and spinach on our stove.  People look at us strangely, and one little girl is incredibly intrigued by my washing spinach in the bathroom sink.  I am anxious about my shoe situation, regular trail runners on a multi-day hike, so we venture into the big city of Sendai (the largest city in the Tohoku region) to see if we can find an outdoor store that sells boots.  We find two stores, neither of which carry anything worth buying in my size.  I settle on a good pair of insoles and we get the hell out of dodge.

Soon after Sendai, we get off the toll road (approx 8700 yen/$90) and start heading West.  A general direction that eases my heart.  We pass sleepy little towns, a huge dammed up reservoir-come-tourist attraction, one fairly large city called Nan-yo, whose main industry appears to be grape and pear farming, and on to a quaint little village, Oguni, at the mouth of the Iide mountain range.  Past Oguni, we start venturing onto even smaller, windier roads through the mountains, passing crystal-clear rivers, farmland, and giant, old houses that hearkan back to a time when family stayed to work the land, rather than brain-drain out to the cities.  We pass the small township of Iide and drive another 20 minutes into the mountains and arrive at Iide-sanso, an onsen and ryokan (bed&breakfast) whose only purpose is to service the hikers coming through the trail head.  We elect not to camp at the designated “hut” for 500 yen a head due to the loud and rowdy other hikers.  Instead we ready ourselves for the next day, make some couscous for dinner, and sleep in the back of the Beast.

We are up and on the trail by 7am, having been woken several times in the night by other hikers driving in, parking, and loudly readying themselves for departure.  Probably because it’s Silver Week, but also because I get the sense that most trails in Japan (take Fuji for example) are always a bit of a traffic jam, there are LOTS of other people also preparing to head into the same mountains.  Most of them are above 50, wearing towels in all manners as neckwear, headwear, and sun protection, are carrying far more on their backs than they should, and tromping around noisily with their anti-bear bells dinging annoyingly away.  Knowing this, Ellie & I elect to take a less common trail up the ridge, even though the distance is a little longer.  We are rewarded by only meeting one other group of people during the first ascent. Unlike hiking in the US, where switchbacks make the route up a little easier, trails in Japan literally go straight up the ridge line.  Another big difference is the quality of the trails here.  Unlike the US’ wide-spread infrastructure in building and maintaining trails, Japan doesn’t pay anyone to keep up the paths.  The result is lots of erosion and tons of overgrowth.  We spend the better part of the morning under green tree-line.  Around noon, we crest a hill and are greeted with the most amazing site: mountains and mountains as far as you can see.  The sky, Colorado blue, and the mountainsides covered with low-brush grass, Asian maple trees, bamboo: a patchwork of all oranges, yellows, and reds.  Autumn has apparently come to Yamagata-ken, at 1,500 meters. We break for lunch and have an easy two hours until the Monnai hut stop for the night.   Seems that most trails in Japan have hut networks for through-hikers.  Some better equipped than others, with blankets, stoves, and innkeepers that provide food.  Some more basic: a small 2-storied building with communal rooms to put down your sleeping mats and a drop toilet.  This first hut was in the latter category, and it’s a no-brainer deciding to pitch our tent outside, rather than sleep in a stuffy room with 20 loud and smelly strangers.  We arrive around 3pm, and set up our tent near the water source.  Sunset proves gorgeous this night, perched above the clouds, watching the sun drop under them into the horizon.  With the sun, drops the temperature, and we make dinner and tea, shivering, climb into our sleeping bags to read by our headlamps, and are asleep by 8pm. 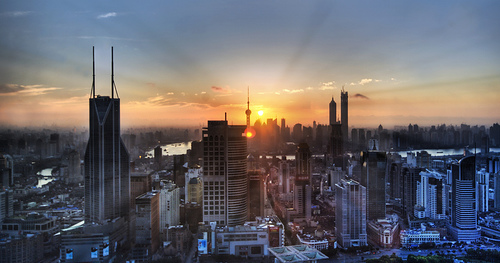 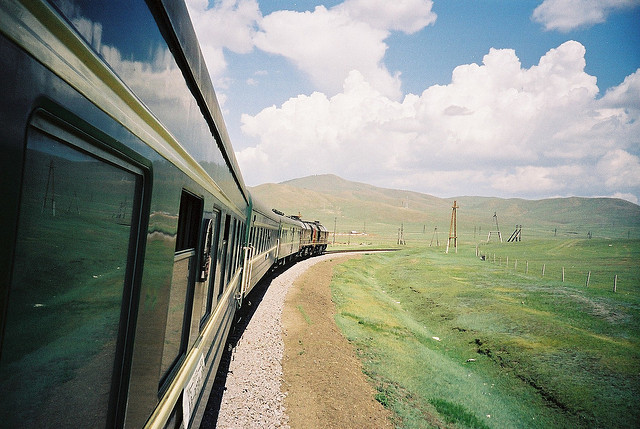 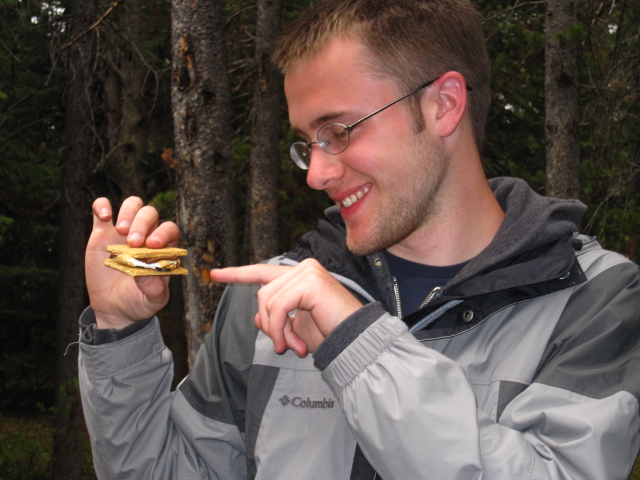