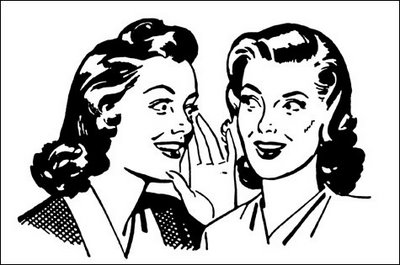 There’s a theory in feminist philosophy that argues that the world and women have been conceptualized in relation to men. Simone de Beauvoir put it best when she said, “Man is defined as a human being and a woman as a female – whenever she behaves as a human being she is said to imitate the male.” It’s one of those pesky ideas that keeps appearing in unexpected places, with various implications. Lately it’s been turning up in the guise of companionship.

The way I see it, particularly for Western cultures, solitude is a gendered concept. Men travel alone, live alone, sleep alone, and spend time alone without any real social backlash. There are the usual admonishments to “find a wife,” but at the end of the day, the perennial bachelor is one of those quirky fixtures of most European and American societies. Concerns for the man’s safety, emotional well-being, and human fulfillment just aren’t as great; solitude is simply one of the numerous options he may choose during the course of his existence. 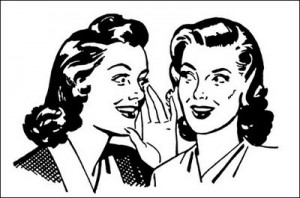 Women, however, are given a rather different narrative. Even the concepts of “community” and “socialization” are feminized compared to the manly “solitude;” women nurture, are gossips, go out to the bar in groups, and travel to the washroom in pairs. Women run the Parent Teacher Associations and organize play dates. Men grieve breakups without engaging in social intimacy, while women undergo them with Ben and Jerry’s and at least three friends. Women are seen to be putting themselves at risk if they travel or live alone. If they don’t choose long-term intimate partners, they’re lonely old maids, and it’s worse if a woman wants such a partner but isn’t wanted in return.

These are all social narratives, of course, meaning they’re highly generalized and un-inclusive. That being said, however, the gendered nature of these narratives has shaped the way many of us think about and discuss solitude and community.

A recent example that got me thinking was when Sarai Sierra, a woman from Staten Island, was killed while traveling solo in Turkey. The news reports focused on the looming figure of the solo female traveler: How much had Ms. Sierra’s choice to travel alone contributed to her murder? Would she have survived had her (female) friend been able to join on the trip as planned? Blogs went berserk: What were the implications of Sierra’s death for other female travelers, especially solo ones? Should there be any implications? Aside from the need to qualify a “traveler” as female and the need to qualify the “female traveler” as being solo, it raised an entirely different question for me: What do we say about solo male travelers and their safety?

When searching “solo male traveler” on Google, I was met with over two million results. Of the results on the main page, two were tips for the solo male traveler, focusing on avoiding sex traps, “letting it happen,” and not being aggressive. The rest were itinerary suggestions, destination ideas, and someone’s blog about his experiences. When I searched “solo male traveler safety,” however, I got 11.7 million results with a main page full of tips for solo female travelers. Apparently, being alone while traveling is as safe a choice for men as wearing seat belts.

Apparently, the web has exhausted this idea of women being alone while on the road, and my Google research is clearly unscientific. Women and solitude do go together well, and I’m getting upset over nothi- ohhhh, wait.

According to Susan Patton, a Princeton alum, women need to find husbands before they finish their undergraduate experience. NEED. Why? Because “women have a shelf life” and will be “frustrated” by the men they meet when they’re out of university and in the real world. There’s been a great deal of interesting backlash and conversation since this article, with various alumnae suggesting that Patton has the right idea or that she’s a few crayons short of a box, but even her ardent opponents miss something important. “Focus…on who you are and what you want and who you’d like to share it all with. Then forge ahead with the first two in the hope that the last part will follow,” writes the Huffington Post‘s Lisa Belkin in a letter to Princeton women. It seems like a sound piece of advice, right? Focus on you.

Except the assumption remains that a woman’s life will need someone in it. Someone intimate. Someone to share it with. In other words, women in general will do best in life if they have someone along for the ride. It’s worth noting that Patton said outright that she wouldn’t give her sons the same advice she gave Princeton women. It seems that from her perspective, men being solo isn’t as much of an issue.

In the interest of full disclosure, know that I’m married to a man and that our time together has been marked by a significant amount of joint travel and adventure-seeking. And I love it. However, I balk at the idea that my life, by virtue of my gender, would somehow be less adventurous, somehow more unnatural or intrinsically unsafe, if I were choosing to live it solo.

What do you think? Is solitude as gendered as it seems? Would you prefer a partnered or a solo adventure?