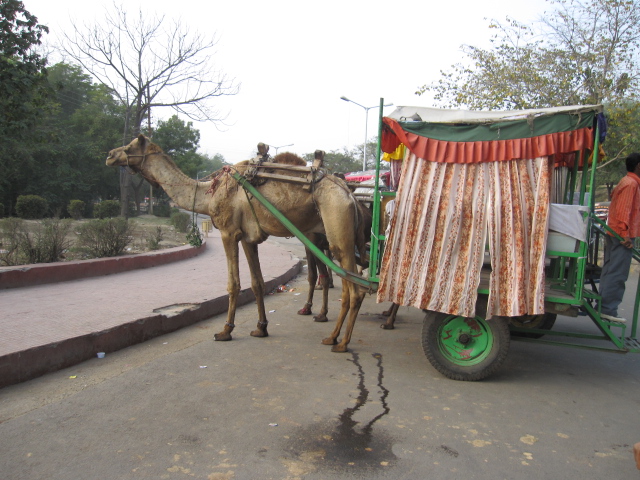 We arrived five hours later than we thought we would in Agra, the city of the Taj Mahal.  Those five hours spent waiting on the train, with no update from anyone except the Indian tour guide leading a giggling group of enthusiastic Japanese tourists, were painful.  I knew that the carrot on the end of the stick was well worth it, but I could not help feeling frustrated. 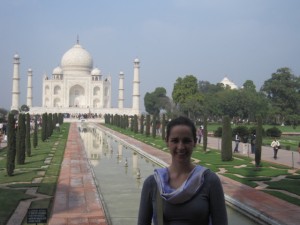 The day before, we met a slightly crazed American film artist traveling in Sarnath for a ten day religious retreat.  I have never seen someone so thin eat so much Indian food without abandon.  Anyway, while waiting on that train, I kept reminding myself of something he said about traveling in India, “India is only rewarding if you really are passionate about it.  You have to want it like how a drowning man would swim through shit to get air.”  Although this representation has a touch of the overly dramatic to it, I understood what he meant.  India is not an easy place to travel.  Patience, a sense of humor, and the understanding that not everything (or anything) will go as planned are all necessary when visiting.  Make space in your backpack. 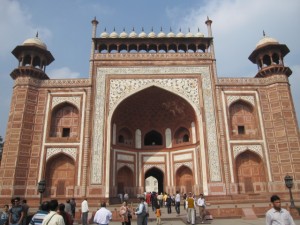 Our auto-rickshaw driver (wearing an amazingly tight, white pant suit) reminded us that we were lucky the train was only five hours late; that often trains can run 10-16 hours past due.  Obviously excited for the day ahead, we went straight to our hotel, washed up, grabbed a bite to eat, then set out to see one of the world’s most famous monuments.  I felt that I ought to dress up for this fancy event, so I put on my new Indian silk scarf from Varanasi and brushed my teeth.  Fancy.

There is a boundary around the Taj where autos are not allowed to cross in an attempt to save the building from the air pollution that has settled into the city, so you have to walk (or take an offer from the numerous bike-rickshaws or CAMEL wagons) a short distance from the boundary line to the ticket office of the Taj Mahal. 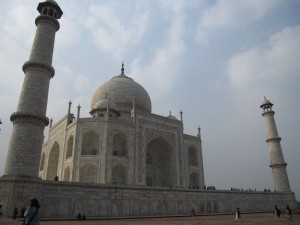 It was the most expensive of all of the monuments we had visited; we paid less for hotel rooms on most of our visit, but it was well worth the ticket price (750 rupees per foreign visitor).  The walk up to the Taj only made the wait even more fantastic as red-bottomed monkeys escorted us down the path.  The entrance, like many in India, was protected by a security check point that had separate lines for men and women (to protect women’s modesty).  You then walked through this magnificent gate (see above photo) that perfectly framed the Taj Mahal.

The entire visit felt like a dream, including the brilliant first view of the building.  We walked through the gardens to get closer to the mausoleum.  I left my stinky shoes with the shoe minder and walked barefoot, as thousands of others have before me, up to the platform where the Taj sits. 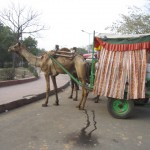 Opting to first walk around the structure, we were hit by an unrelenting blizzard of gnats, the only bad thing about the entire day.  Monkey escorts followed us on the way to the heart of the mausoleum which was decorated to fit the somber mood of the space and made me close my eyes in wonder.  Several Indian tourists enjoyed taking photos of us, while at the Taj, and some even invited us to visit them in Mumbai.  Maybe on the next trip to India, maybe.

The Mona Lisa might have been small and Mount Rushmore could have been a bit more hands-on, but the Taj Mahal does nothing less than impress the pants off you.  The sheer size wasn’t enough, really, but the perfect mirror images on each of the four faces with the sky as a back drop just did you in. It is one of the most breathtaking wonders of the world and a privilege to visit. 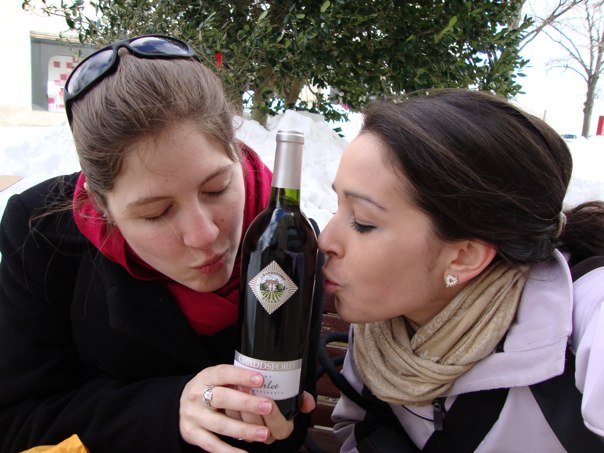 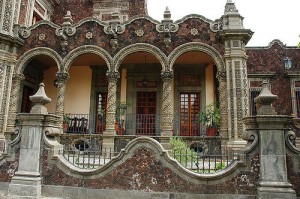 Finagling Females – The Art of the Travel Bargain 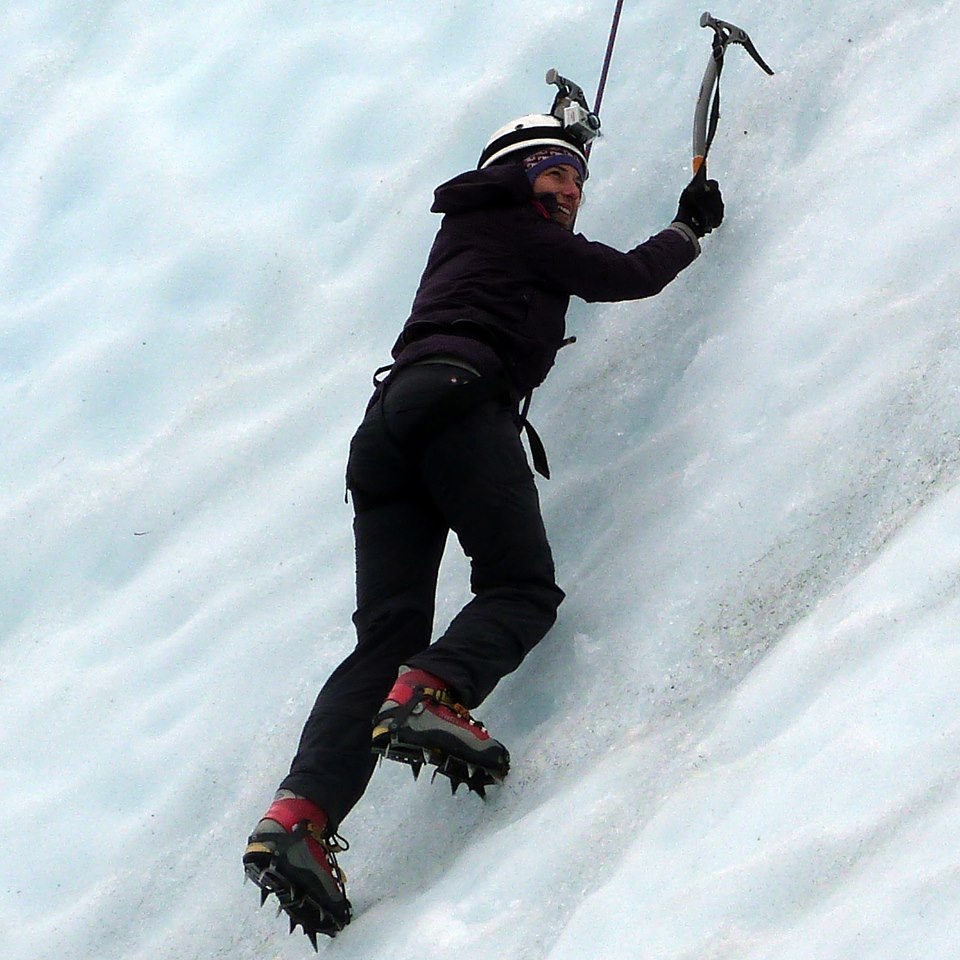 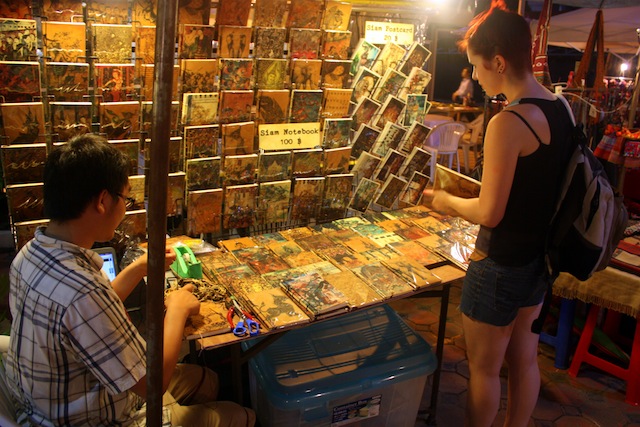