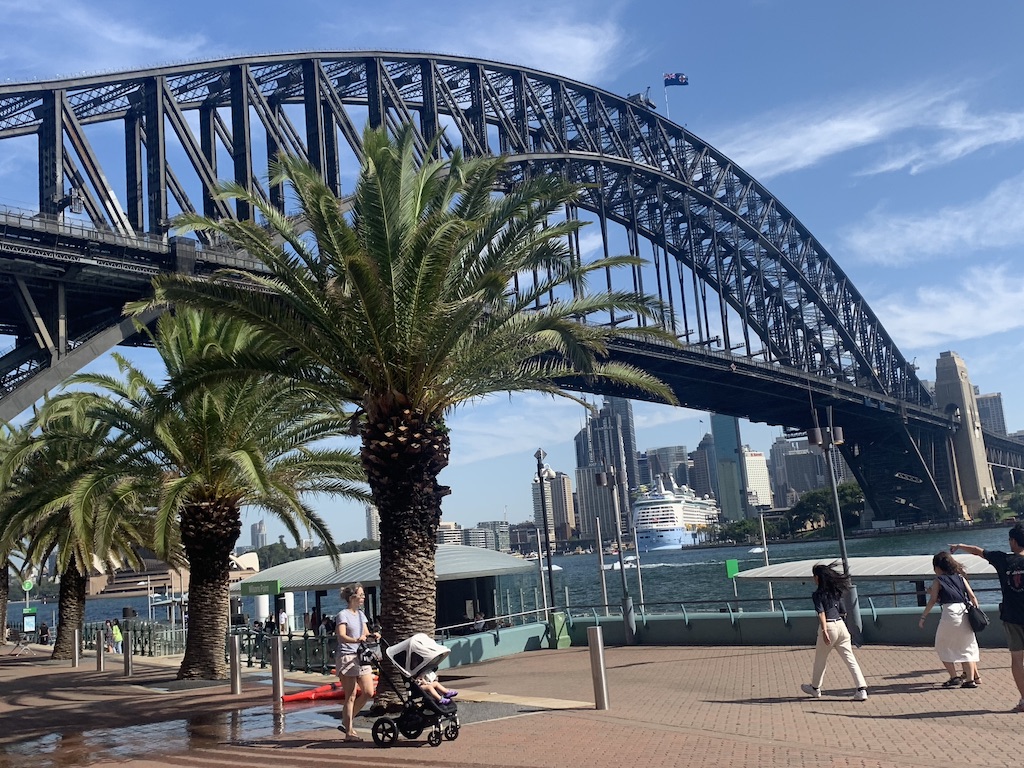 Traveling with a toddler can be as much a challenge as it can be an enlightening experience. Amanda Jayne O’Hare shares the story of her own very first long-haul adventure ever…and it was with a toddler!
At the beginning of the year when this whole COVID-19 debacle was unfolding, Ruby and I were in the middle of the biggest trip of our lives. Of course, at this point, it didn’t have a name and was only in China.
As an anxious woman, I did my best not to soak in the rising fear and carry on our trip as safe as we could; we were fortunate enough to get home healthy and without any problems, which was a blessing.
I had decided to travel solo with my not-quite-2-year-old daughter from sunny Aberdeen, Scotland, all the way to Bali and eventually Sydney, Australia. Then we would have a nice wee stopover in another part of Bali before we headed home.
We totalled 7 locations in all and I even held a talk on fitness and wellbeing while we were in Sydney, because, well, why not?!
It was just the two of us, as it’s always been, ever since my dear sweet Roo took root as my womb fruit. 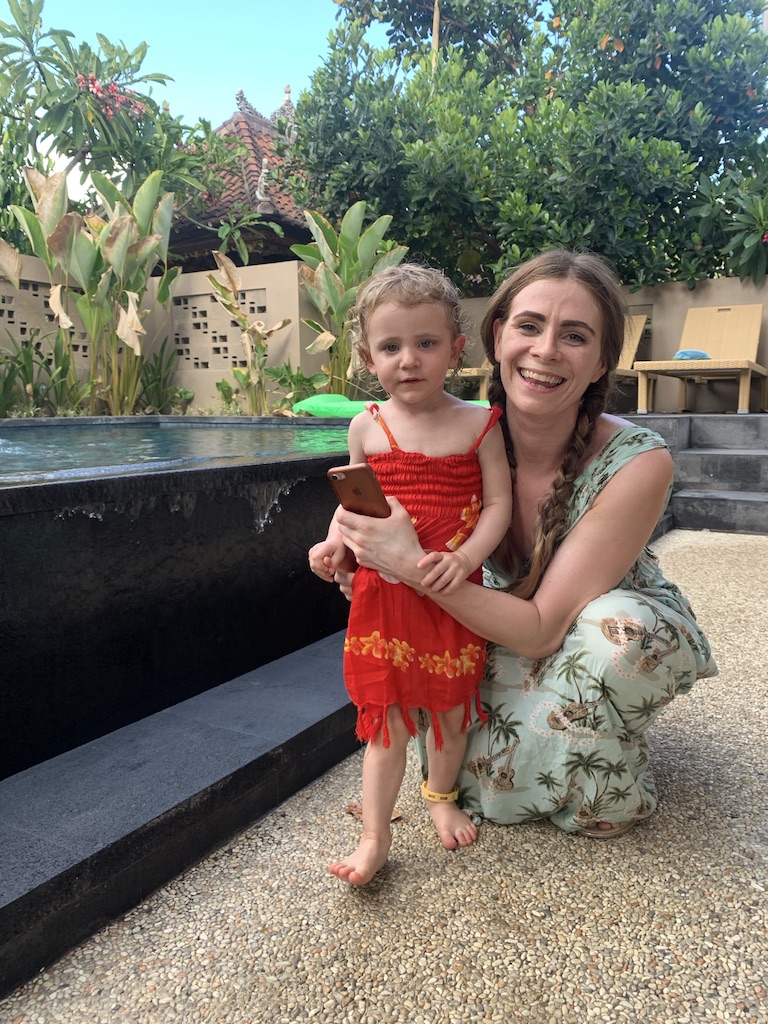 I knew I was pregnant from 3.5 weeks, noticing changes in my body and behaviour very quickly from being highly attuned to myself thanks to an extensive career in fitness.
I’d always secretly fantasised about travelling the world; finding golden sands, luscious green forests, and markets steeped in culture.
Though I had never allowed myself to indulge, making excuses that I was too busy and I couldn’t afford to. Neither were true, right before Ruby was born at least.
I had been a busy Personal Trainer in London when I became pregnant. I could certainly have squared some money away to broaden my horizons to lands afar.
But I was scared.

Ironic really, given that I’ve been no stranger to leaps into the unknown. I had moved from Aberdeen to Manchester with only 2 weeks of planning after visiting once, knowing no one there. I had moved to London after a break up to try my hand at a career in a relentlessly competitive fitness industry.
Having felt at home nowhere and everywhere at the same time, I couldn’t even put my finger on what had stopped me from travelling.
I was battling many demons before Ruby arrived though. I’d lost both of my parents to alcohol and had a disjointed and odd relationship with my sister; though we loved each other fiercely, there was a palpable distance – a little like when you put two same pole ends of magnets together.
I didn’t really feel a sense of belonging to anyone or anything; but having a pretty cool career, I’d lie to myself and pretend I was happy.
Until I became pregnant.

It was known at work and in my personal life that I was single and pregnant, largely because I blogged my experience.
I was still baffled when my single status led people to believe they could come and question my pregnancy. Telling me I’d regret it, I’d never get my career back; that I’d never travel.
The worst thing anyone can do is to try to discourage me.
If anything, it set that fire.
I wasn’t going to be that parent that used their child as an excuse as to why they didn’t follow their dreams instead of taking responsibility and saying they were just too scared to try.
What a weight for a child to carry.
No, I would go one better. I would use my little girl’s inspiration of creation to show her just what can be achieved if you put a little mental grit, a lot of planning, and a world of love into a goal to be achieved. 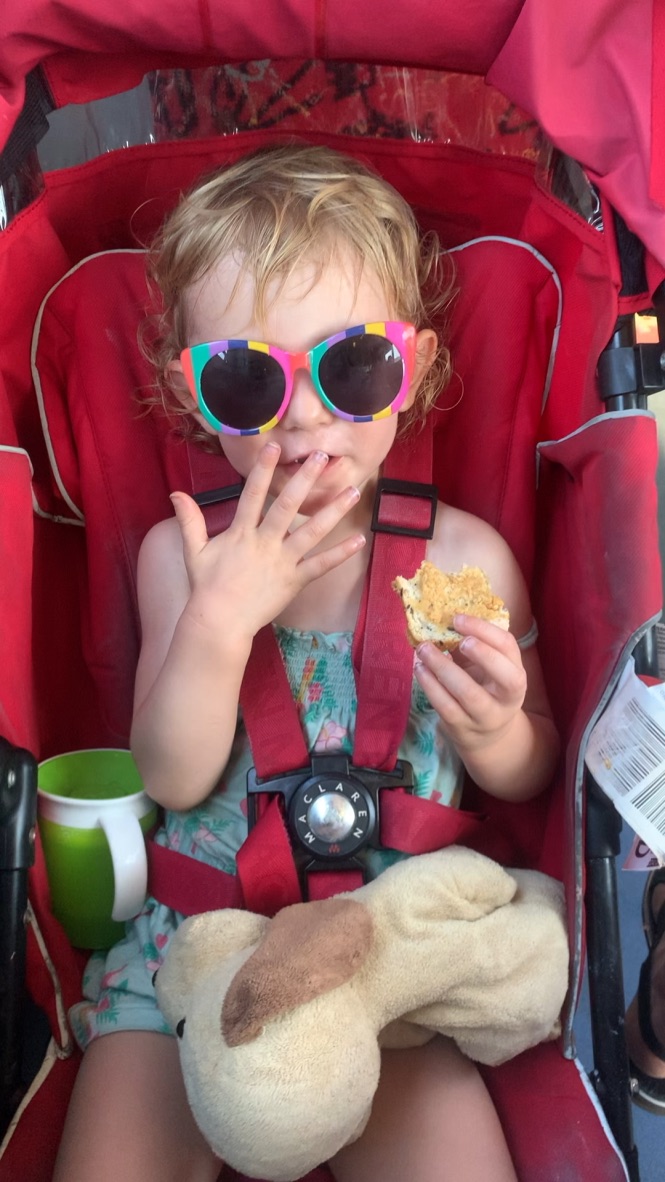 Travelling as a Single Mom

This was an amazing adventure for the both of us, not least because the first 2 years of Ruby’s life have been very bittersweet for me. And also because it was the first time either of us had taken a long haul trip.
Being an anxious person– I’m diagnosed Generalized Anxiety Disorder — I didn’t allow myself to grip hold of the worry that was invading the worldwide news.
I decided to fully enjoy our travels; to keep calm and carry on.
We tackled 8 flights in 5 weeks together. We first stopped in London for a few days to soak up a bit of our former home before heading off into the unknown.
Going to Bali was one of those experiences that I only managed to fully take in once we were about to leave. Looking back now, it feels like a dream. 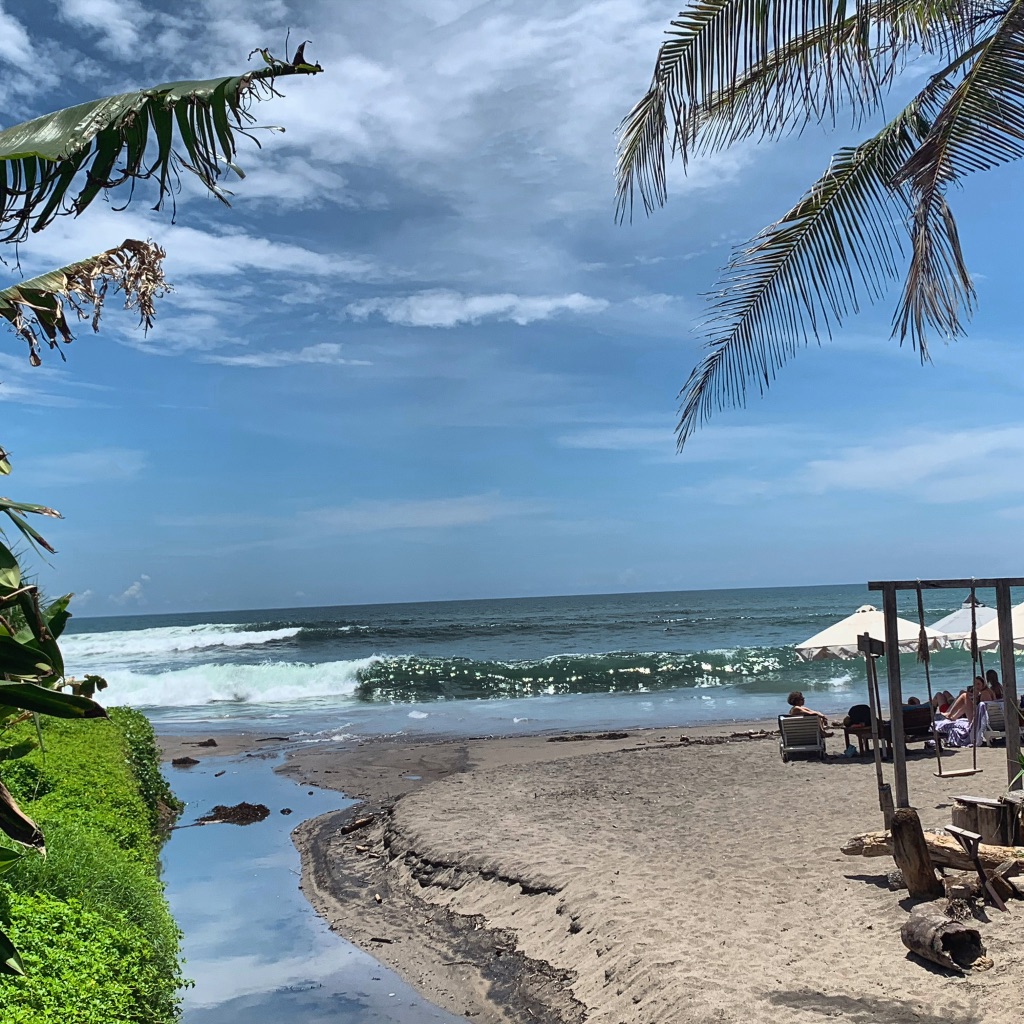 It challenged me on every level. The jet lag, the step back from super Westernised culture of too much all the time.
Stressing out about Bali Belly and Mosquitos never subsided.
By the time I had chilled out about it, a big set of storms meant that the mozzies in Canggu were rife and apparently Ruby was a tasty dish.
Sydney was where they preferred to dine on me.
I remember that, before we went, there were lots of people incredulous I had picked such far away destinations to go for our first ever travels together, especially given I was no seasoned traveller.
In fact, it wasn’t just Ruby’s first-ever flight. It was my first travel outside of Europe.
We took the long haul leap for the first time together.

Why Travel with a Toddler

I’ve never really been someone to take on others’ limitations. That’s not to say their questioning didn’t shake me and cast some doubt. It did, I was terrified.
But I also wasn’t the only single mother to attempt this.
If I didn’t do this trip before Ruby was 2, it was going to cost me double. Then I knew I would probably never go. It would sit heavy as regret on my shoulders for the rest of my life.
What a weight for a woman to carry.
As a single mother, or just as a mother in general, I want to be a leading example for my little girl that anything is possible and that if it seems impossible, you just need to break it down into smaller chunks to find the possible.
I want to show that hard work is important, rather than growing an expectation all too often seen in millennial children I’ve come across in my line of work where money is no object.
The ironic way of doing this being travelling across to the other side of the globe, sure.
But the way of life and culture in Bali is so enriching when opting to stay in homestays versus hotels. I felt like we were getting almost inducted into the family way of life as we observed their work and ceremony on offerings to the gods.

Check out our Wanderful Homestays

We were not sitting on phones (for the most part) but just enjoying each other.
It was hard to leave many of the places we stayed because Ruby adored these families who played with and entertained her.
When we stayed in the Suntari Homestay in Ubud, she was gifted a small money purse with Bali written on it and they’d make her a special little breakfast.
Little touches like this warmed my heart to the very core. Having come from a family who didn’t interact normally, families who do stir something in me. 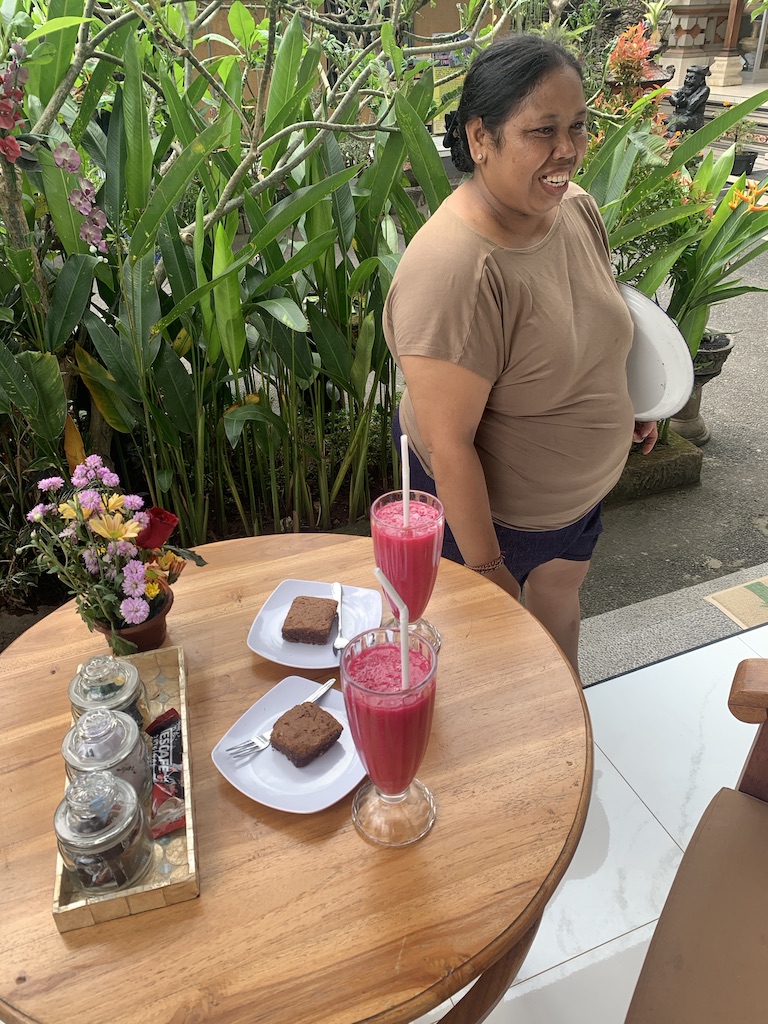 Lessons Learned Along the Way

The biggest surprise of our trip had to be not having WiFi in the Airbnb we stayed at in Sydney. I’d expected the culture shock in Bali, not Sydney.
At first, the brat in me panicked. I needed it to be able to work and so on.
Within the day, I was excited about a well-overdue digital detox, to the point I will purposely look to book WiFi free in future for a week somewhere.
We’d stayed with a couple who were lovely and adored Ruby (even though she sharpied the carpet and I had a scrubbing job to do, thanks Roo). I hadn’t realised how badly I had been relying on screen time for both of us and how restoring it was to actually just not.
It was hard not to feel a stab of guilt that, up until now, I felt I must have not truly soaked up and appreciated the blessing I had right in front of me. One who was much more interesting, funny, and engaging than social media.
Read next: Traveling solo as a new mom
One of my favourite moments absolutely had to be running the buggy over Sydney Harbour Bridge. I don’t think I’ve ever done a cooler run, ever.

That’s the beauty of travel though: without it, life is a series of knee-jerk routine reactions.
I liken it to training in the gym.
Our bodies only change in response to progressive overload. If you do the same things all the time without stressing the body with something new and out of the ordinary, then it has no reason to develop, no reason to level up.
Travelling is my new choice of levelling up as a woman and a mother, learning all there is to living a life experiencing new sights, sounds, and sensations.
And level up I did…
The workout of travelling with a toddler solo was pretty solid, too!
I’m glad I was fit and strong before attempting to push and pull — simultaneously — 50 kg in total between the buggy, Ruby, and the luggage.
This was especially true when I got to Sydney and realised it was pretty much one big hill?!?! Why did I think Sydney was flat?

Tips for Travelling with Toddlers

For any mothers starting to look at travelling with their little ones, my biggest tip is to get really good at knowing how to look after your wellbeing, particularly when flying with littles.
There’s plenty of tips on how to keep our little ones entertained and fed.
But what I found to be key was maintaining my zen as much as possible so, if it gets tough, it’s manageable.
The bits and pieces like keeping Ruby entertained, happy, and fed were much easier when I had my own level of calm.
I used guided meditation when Ruby was sleeping to help me get rest when I wasn’t able to sleep.
I also had plenty of healthy snacks on me, like nuts and protein sachets. And I had cheeky rehydration sachets to help me hydrate better on the long haul flights.
At the end of the day, moms are incredibly resourceful, resilient, and weather a lot of stress on the daily. So there is no way that travel is out of any mom’s capabilities.
We’re all badass.

Amanda Jayne is single mummy to Ruby, aged 2, Personal Trainer and Nutrition Advisor of over a decade; and a C-PTSD warrior passionate about sharing all she’s learned about personal growth, self-development, fitness hacks, and her own healing and wellbeing journey. 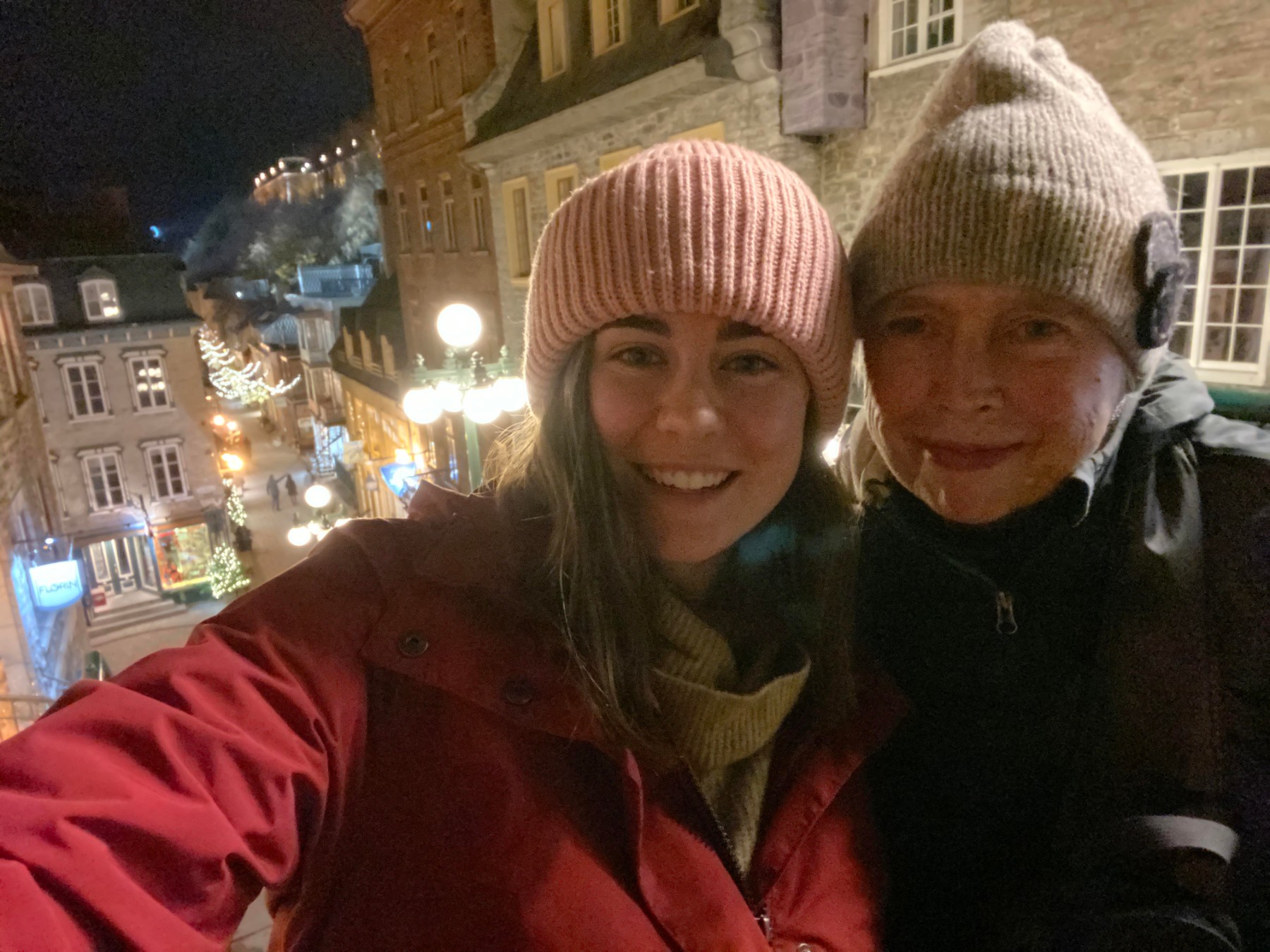 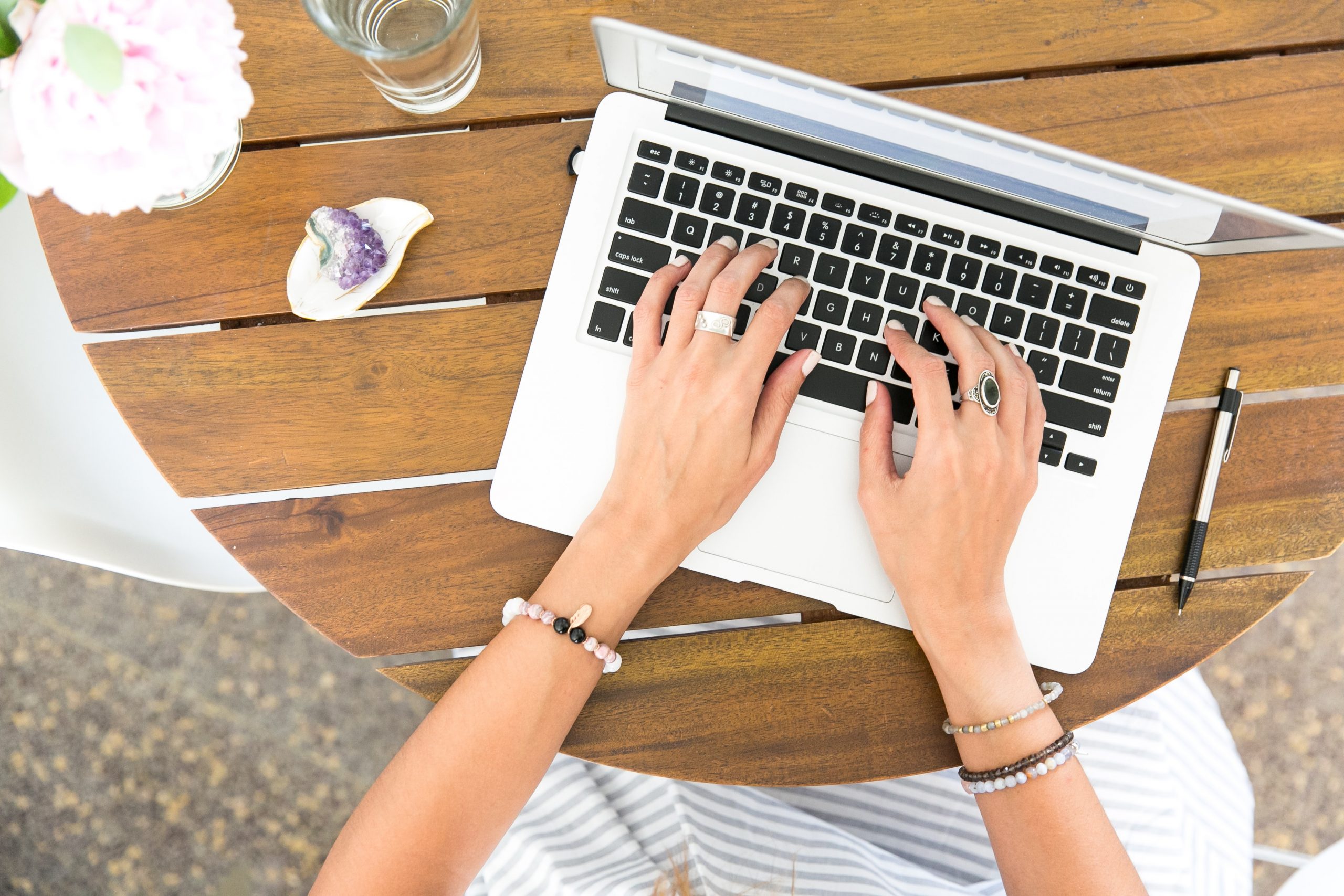 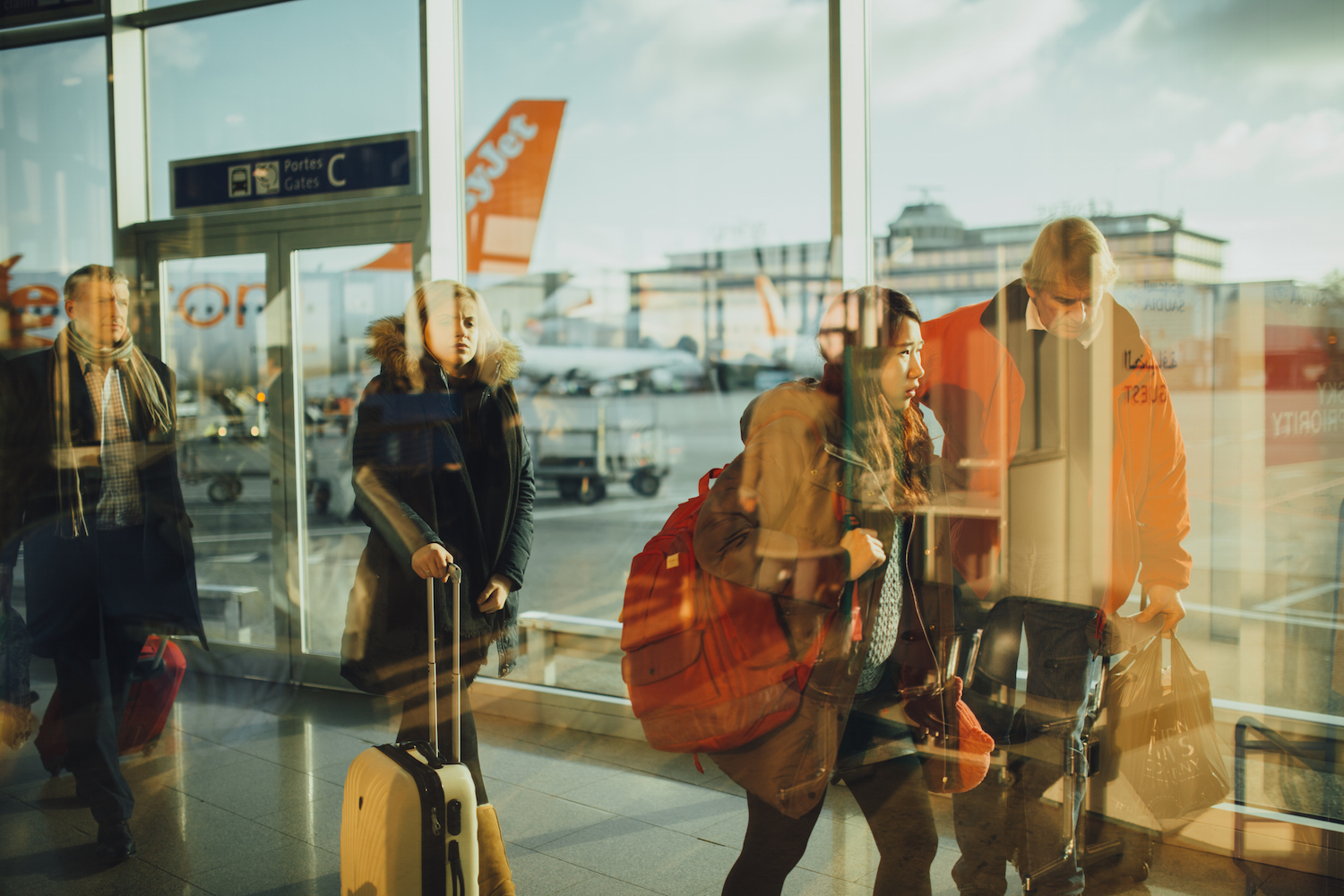 How to Hack Your Airport Holiday Travel 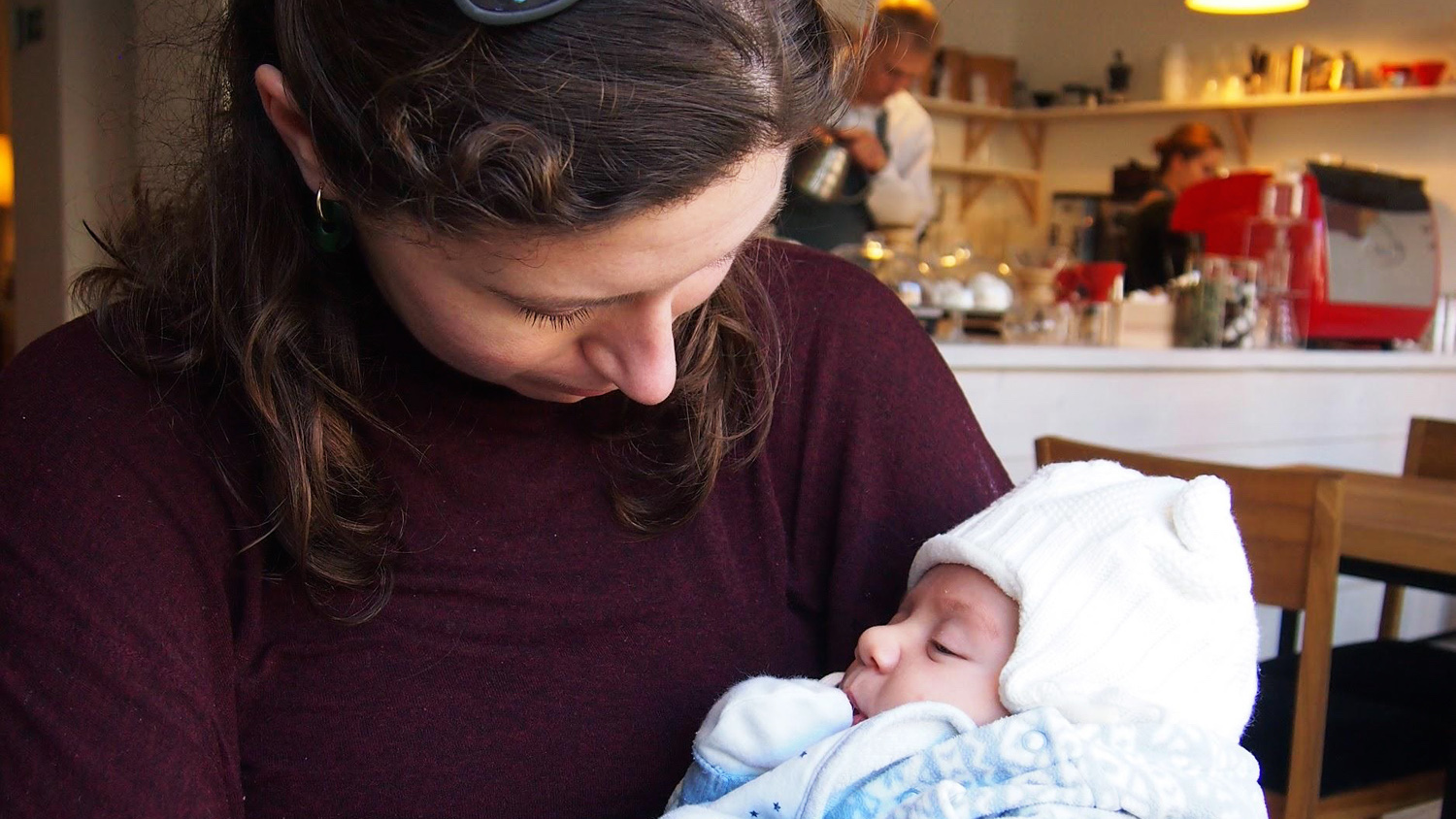 Breastfeeding in Public Abroad: What You Should Know 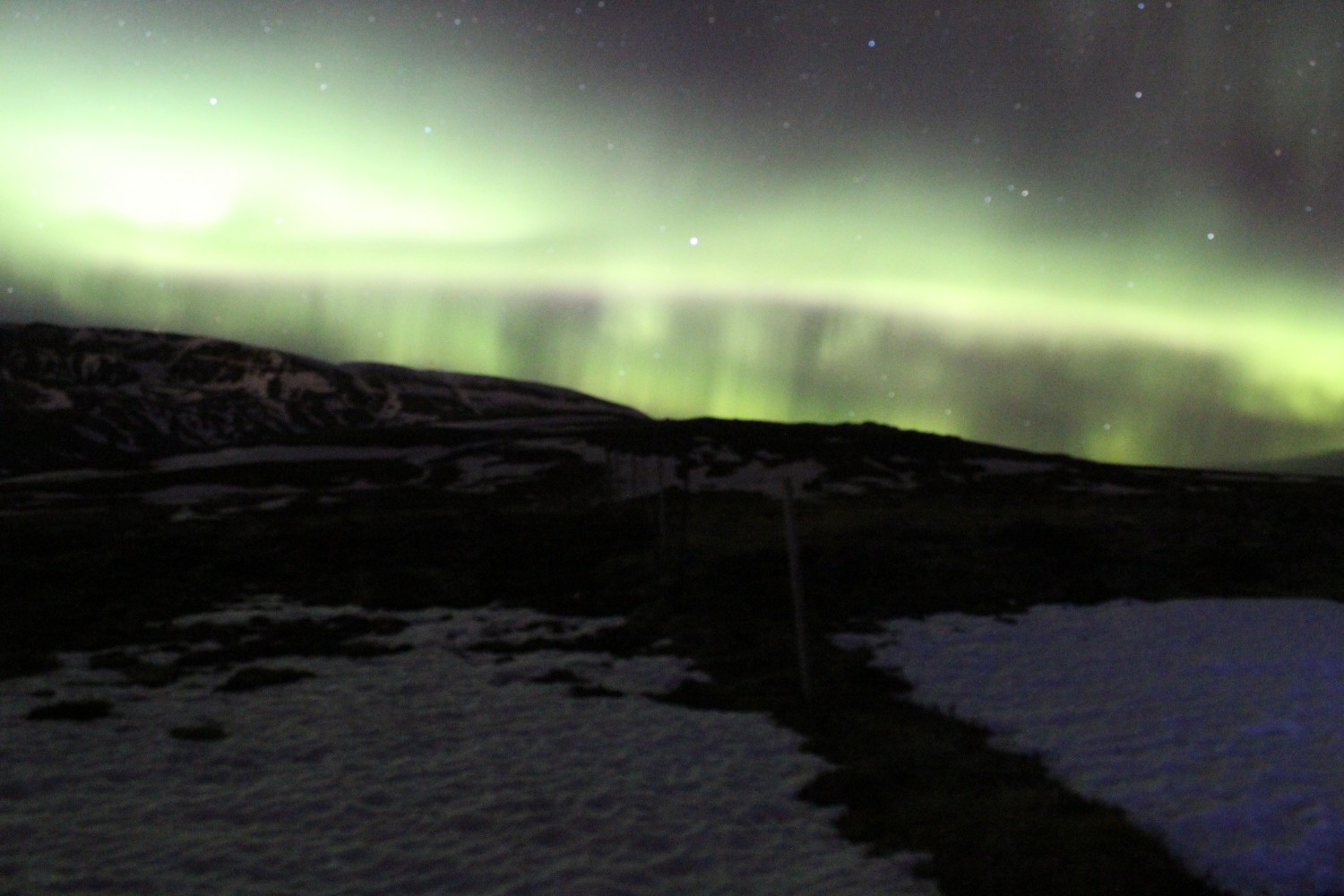