Visit Shinjuku Nichome on your trip to Tokyo for a fun night out! Learn more about the important history of this popular neighborhood, plus get recommendations for places women travelers can visit.

As someone who has lived in Japan for over 8 years, Shinjuku Nichome still continues to surprise me.

Imagine being in a formal business district one moment, and then suddenly coming across loud and lively bars in small alleys, with people dressed up in extravagant outfits and vibrant colours. It’s a stark change from all the suit-wearing businessmen you see on the streets of Tokyo.

Here, the vibe is friendly and welcoming, and you’re sure to have a fun night out!

If you visit Japan and are interested in checking out LGBTQ-friendly bars, or just want to have a memorable night, definitely drop by Shinjuku Nichome, Japan’s biggest LGBTQ district.

It’s one of the “downtown” areas of Tokyo.

Shinjuku Nichome is the LGBTQ district. There are around 450 gay bars and clubs, adult goods stores, and LGBTQ-friendly love hotels (love hotels in other areas of Tokyo typically do not allow in same-sex couples)—all packed into just a handful of small, narrow alleys.

Read next: Why Every Woman Needs to Travel Solo to Japan

Conformity and Freedom in Nichome

Shinjuku Nichome is one of the few places in Japan where people of all genders, sexual orientations, occupations, and ages can come together and be themselves, without fear of judgment or persecution.

Though Japan is modern and technologically-advanced, it’s still a rather conservative country where conformity is key.

For example, there are only a handful of hairstyles that are socially acceptable, many working people wear the same suit, and they even speak in the same way.

There’s a popular saying in Japanese, also quoted in Hollywood’s The Fast and the Furious: Tokyo Drift (2002): the nail that sticks out gets hammered down (出る釘は打たれる, deru kugi wa utareru).

Clearly, differences and uniqueness aren’t widely celebrated here; people who are different are shunned and excluded from society. While, typically, there is no physical violence, society will speak to and treat them differently.

Much has changed in Japan, and the LGBTQ community is slowly becoming increasingly accepted into society. But there are microaggressions that LGBTQ people will still experience.

Conformist Japanese society has pushed the LGBTQ community to curate a district just for themselves: Shinjuku Nichome.

As this is the only district where LGBTQ persons are free to express themselves and be comfortable, loads of LGBTQ bars, clubs, entertainment lounges, and hotels scramble for a vacancy there.

Shinjuku Nichome currently has one of the highest concentrations of LGBTQ bars in the world.

There are regular bars and clubs, but there are also bars and facilities that cater to specific fetishes and preferences. There’s something for everyone.

There are also “happening-bars”, bars people frequent for the sole purpose of finding someone to spend the night with. Some happening-bars even have rooms and designated open areas for couples to engage in.

Shinjuku Nichome flourished in the Meiji period (1868-1912) as an entertainment district. It briefly disappeared during the war, but came back as a government-run “prostitution district” known as the “red line.”

The red line closed in 1958, after the enforcement of the Prostitution Prohibition Law, and LGBTQ-friendly bars started opening in the area—the humble beginnings of Shinjuku Nichome.

During this time, clubs also opened and expanded here. Freddie Mercury, vocalist of the legendary British rock band Queen, was said to have loved and frequented this area, hurtling the district into fame.

From the latter half of the 1980s, Shinjuku Nichome became a bonafide LGBTQ district, where people of all genders and sexual orientations would gather to drink and have fun without being judged.

In 2008, the Shinjuku Sanchome (“Shinjuku third block”) train station on the Tokyo Metro Fukutoshin line opened, which created a mini bubble around the area. The number of restaurants increased, and it also partly became a commercial and office area.

Looking for a travel buddy? Wanderful is a global community of women who love to travel. Connect with us:

Things to Know When Visiting Nichome

Most establishments in Nichome welcome everybody, LGBTQ or not, but there are a number of places that are more exclusive.

Some welcome only regulars and some will require you to pay to become a member. These places have had regular customers for the past few decades, and they have to protect the identities of some of their clientele.

There’s a strong sense of camaraderie here, with people forming close and strong relationships with one another. Some bars even organise parties, outings and events just for their regulars.

Some places prohibit non-Japanese people from entering. As many bars in Shinjuku Nichome are small, bars tend to prioritise their regular customers (most of whom are Japanese).

Additionally, customers are usually seated at the counter, and the bartender will join in on their conversations and impromptu karaoke sessions.

With a language barrier, the bartender may find it harder to interact with foreign customers, which changes the usually lively and jovial atmosphere of the bar.

In recent years, there’s been an increasing number of heterosexual women in Shinjuku Nichome, some of whom visit in attempts to “turn a gay man straight”, or because they want to “party only with gay men.”

Because of this, some places now prohibit women from entering or will charge them an entrance fee.

On the flip side, there are lesbian bars and clubs that don’t allow men in. This is to prevent heterosexual men from causing trouble and harassing women in a safe space.

These are just some things to keep in mind!

It’s always fun to wander around the Nichome area. Many establishments extend upwards in Japan, so I also recommend climbing up some stairs or going into random elevators to find secret places you might love!

Read next: The Queer Woman’s Guide to Visiting Russia

I’ve visited Shinjuku Nichome numerous times in the past few years, so here are some of my top recommendations for bars and clubs.

These places are all foreigner- and women-friendly!

Gold Finger is the go-to spot for many women. It’s a women-only bar with karaoke. Many of the customers are regulars who’ve been coming for years.

You will feel welcome, as though you’re a part of a big family. It gets incredibly crowded, especially on the weekends, so try to come early.

I like to start the night at Alamas Café, and maybe stop once more at the end of the night when I want some snacks after a night of drinking.

It’s on the corner of the main street, so you can’t miss it. They have a wide range of cocktails, drinks and seasonal menus.

I especially love their food menu; they have delicious and affordable Thai food, perfect for when the munchies kick in.

Another great spot for women! Aisotope Lounge has a special women-only event every month, welcoming hundreds of women.

Their events are themed: K-Pop, J-Pop, bikini nights, Halloween, and seasonal themes. You’re sure to be kept on your toes!

Last but certainly not least: Arty Farty. It’s the nightclub everyone visits when they’re properly drunk. They play pop songs from the Top 40s list and have a dance podium for you to get up onto.

There’s no entry charge, but you’ll be required to buy a drink (which isn’t usually a problem).

Arty Farty isn’t very big and it gets really, really packed. So either come and leave early or just prepare to get hot and sweaty.

Are you ready to visit Shinjuku Nichome? Tell us in the comments! 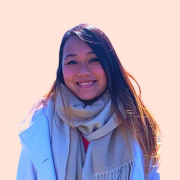 Venese Lau
Venese is the Founder and Director of FLIP Guide, a Japan guide to help you navigate the ins and outs of Japanese travel, living, culture, and language. She started out as an event organizer and marketing manager, creating unique memories for thousands of people. It’s her mission to bring the most unforgettable experiences to you! Follow on Facebook, Instagram and Youtube to find out more about Japan!