Do you love both Human and Natural Sciences? Do you love traveling and think Europe is cool? Then you’re at the right post! I’ll list here 6 places which I have been, in Europe, and which I believe are must-see’s for a curious and open mind to visit. If you have been to a place that is not listed, please add your comment below! As a proper nerd, I would love to know other places, in Europe or not, to go to some day. Enjoy the trip!

If you love science, you should definitely go to CERN, the European Organization for Nuclear Research. Meyrin is about 20-30 minutes from Geneva’s Gare Cornavin. In there, they simulate the Big Bang through a particle acceleration machine underground!

The machine is so big that you have to ride a bike in order to reach the end of it! They have a guided tour on site, but you’ll have to book it beforehand, so that they can provide proper physicists to explain all the technical bits to the visitors.

It was an amazing experience, and if you love ‘The Big Bang Theory’ (both the theory and the TV show) as I do, I’m pretty sure it’ll be a fun trip for you too.

There isn’t much to do in the city, but visiting the battlefield and the museum of Waterloo is an amazing experience. Waterloo is where Napoleon Bonaparte fought his last battle, 18 June 1815, and was, finally, defeated by the Seventh Coalition army.

If you love history, you can go to the top of the hill, where there is a statue of a Lion and picture the battle, the strategies and everything that passed some hundred years ago.

Now, the place is part of a beautiful and astonishing Belgian countryside.

It’s only 20-30 minutes from Brussels, you can go after lunch and be back in Belgium’s capital for a cup of hot chocolate at Godiva, in Grand Place!

This park is very peculiar, as it’s a place where communist statues and pieces of propaganda are still kept intact, in one place.

It’s a memorial of communism in the former URSS (or USSR) and, especially, in Hungary which was a communist country from 1949 to 1989.

Apart from the statues, you can watch some videos, in the little museum. You can even check out a real Trabant, the most famous car in the soviet era, produced in East Germany and exported all over the URSS.

It’s a bit complicated to get there by public transportation, but if you buy a Hop on Hop off card, you’ll get a discount to a private company that can take you there easily.

Memento’s Park is about 1 hour from Budapest, and the scenery along the way is really beautiful.

When I think about the Highlands, I remember William Wallace, which reminds me of Mel Gibson in the movie Braveheart, which takes my mind to one word: FREEDOM!

It’s indeed a great place to feel free and on top of the world (it’s quite north for me, actually!). The scenery is really jaw-dropping.

I don’t even have words to express how amazing and peaceful it is.

The National parks are really cool, if you love trekking and being close to nature, you’re going to enjoy it very much. You have to go there and see it for yourself.

It takes a whole day to get from Glasgow to the Highlands – but it’s money well spent. Up north, before the city of Inverness, there is Loch Ness, which is a beautiful lake.

You can either go on a boat trip or simply sit on a rock and try to find the Monster of Loch Ness. It’s a spiritual and relaxing trip. Have a cup of tea and just read a book about William Wallace for your curious mind but don’t forget a blanket – it’s a bit chilly up there!

Every where in Italy is full of History, but for me, Pompeii is by far the best place to imagine a city from thousands of years ago.

You can walk through the ruins, where there are streets, constructions of what used to be houses and commerce, government buildings, everything – of course, you have to use a little bit of imagination to picture how everything used to be, but you can feel that an important city was there, by Mount Vesuvius.

From the city, you can see the greatness and power of Vesuvius and realize that we can’t control nature. This same beautiful volcano erupted and killed many citizens from Pompeii.

A curious fact about the eruption of Vesuvius is that: “the people and buildings of Pompeii were covered in up to twelve different layers of tephra, in total 25 meters deep, which rained down for about 6 hours.”

Pompeii is about 30 minutes to 1 hour from Naples, but it depends on the traffic jam. If you’re traveling in the summer season, be careful, as many people from Campania go to Amalfi Coast to spend their vacation (I don’t blame them!!).

I love Spain, not only because I’m of Spanish descent, but because it’s a country easy to fall in love with. Although I haven’t been to many places in Spain, I’ve already found my favorite city: Barcelona.

Even if you’re not Catholic, you’ll be amazed by this incredible architecture. It’s a great building with grand proportions, which is not finished yet – the construction was first interrupted during the Spanish civil war – and only God knows when it’ll be done.

The government of Catulnya hopes that they finish it by 2026, when it’s the centennial date of Gaudí’s death. The Basilica is a mix of Gothic with curvilinear Art Nouveau.

You can read passages of the bible by the sculptures on its outside walls. It’s weird and awesome at the same time.

La Sagrada Família is in Barcelona, and you can reach it easily by subway. A tip is to find the café nearby the Basilica and drink a good cup of coffee while observing this huge piece of art.

Have you been to these places in Europe? Tell us in the comments! 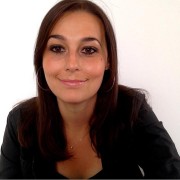