Breakfast, anyone? Image by Samantha Marangell.

The city is, at first American glance, a combination of San Francisco and Chicago, with noticeably fewer Spanish-speakers than in SF and better weather than Chicago.

The diversity is incredible: There are 251 languages spoken in this city. And this mix of roots bleeds naturally into the food, music, art, and city dynamic.

On top of that, the energy is wonderful, the people are fascinating, the beards are stellar, and the weather isn’t as bad as people say.

Here are six (of the innumerable) things that Melbourne does well:

The hype was real, and I can definitely understand why some people think this city has the best coffee in the world. It’s bold and organic, thoughtful and smooth. I’ve even been converted to a flat white drinker!

What’s more, many an Aeropress float in cafe windows. This hidden gem of a coffee instrument may be unknown to many Americans, but it’s an affordable way to make smooth, air-pressure-devised espresso at home. I’ve bought two, first on the recommendation of a coffee-and-science loving friend of mine and the second because I lost the first mid-breakup and didn’t want to go without one.

My only gripe is that filter coffee is often only available as individual pour-overs at specialty cafes or as hidden menu items. While I appreciate the delicacy and power of espresso-based drinks, there is a unique pleasure to the aroma and taste of slowly brewed filter coffee. The pour-over seems to be becoming increasingly more recognized, though, so I’ve no doubt that this city will soon dominate the land of filter coffee as well! 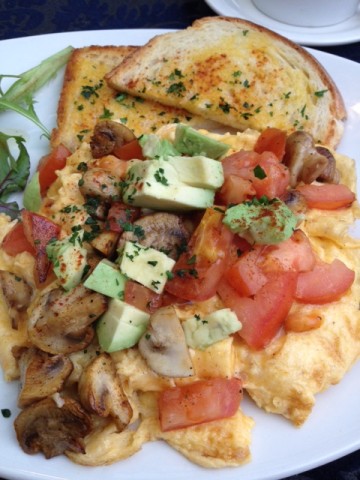 Melbourne sure knows how to do breakfast! A rich espresso and a bountiful supply of eggs and avocado wins me over every time. Image by Samantha Marangell.

In the land of avocado smash, I’m in breakfast heaven. There are few things more brunch-appropriate for me than a combo of egg, avo, and salmon, preferably on toast. And Melbourne does it. All the time. In a variety of shapes and sizes. And, in combination with the coffee culture, late breakfast (i.e. “brunch” for the rest of us) is a weekend morning ritual.

Eating out solo has been of particular interest to me, as it’s something that not all cities encourage equally, whether consciously or not.

Like San Francisco and New Orleans, Melbourne rocks this category. Boat loads of restaurants have window-facing rows of single seats, giving diners an easy focal point and welcoming spot. Often, large communal tables are available at pubs and restaurants as well. No one has to awkwardly take up a table for four while worrying that someone is going to judge them for occupying that space alone. And, most importantly, the supportive layout is mirrored by welcoming hosts who never galk at solo diners. They embrace them. 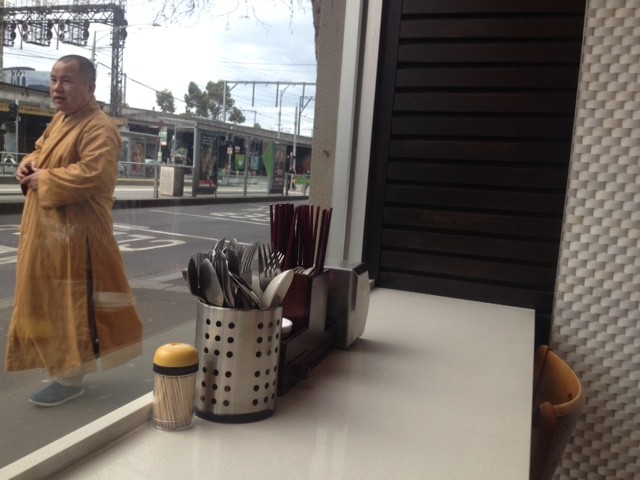 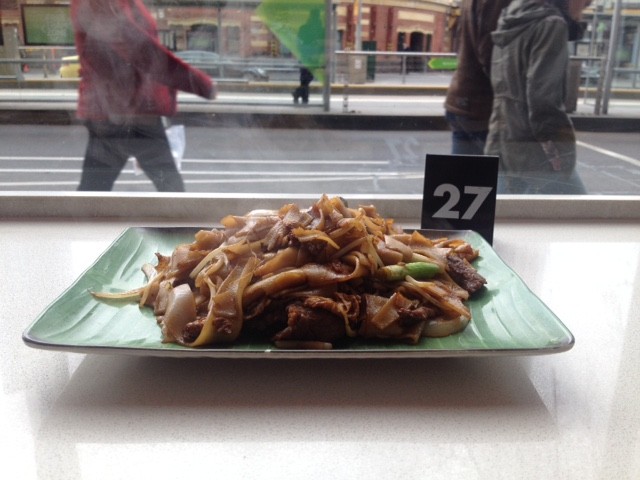 Dig in. And don’t be afraid to do it by yourself! Image by Samantha Marangell.

The day I arrived, I was bombarded with ads and billboards for upcoming shows like Anything Goes and Bad Jews but was also impressed with the number of independent spaces and opportunities for new artists. The mix of mainstream and (for lack of a better word) grassroots artistic communities fuels a feeling of energy and genuineness.

Whether it’s a liquid jackpot of melted hot chocolate or a plate of specialty Greek doughnuts, Melbourne’s desserts will delight. Just take a look at this mouthwatering list from TheUrbanList.com, and then tell me I’m wrong: The Melbourne A to Z of Desserts.

Admittedly, this isn’t Melbourne specific.The wonderful Aussie talent for shortening words is simultaneously charming and baffling. It makes even the most boring of items (registration) seem more personal (rego). My new favorite example is the shortening of “The Bachelor” to “Bachie,” as if a) his name is too long (It’s Sam.), and b) we’re on a personal nickname basis. It’s excellent.

There is still much more to explore here. I can’t wait to take advantage of the multitude of dumpling houses, live music venues, and back-alley pubs!

What do YOU love most about Melbourne? Is there anything I need to make sure to discover? Let us know in the comments below.

You Won’t Believe What Your New Favorite Travel Destination Will Be!

Eating My Way Through Florence: Brunch Through Dessert

Studying in another country can have a profound impact on your worldview and ...

For the last seven months I have been living and working in the ...