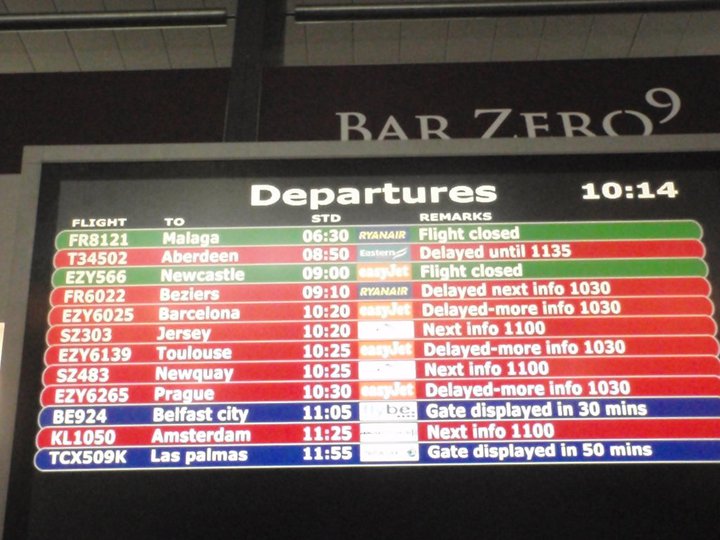 Soon all to be cancelled

In what was beginning to sound and feel like the 12 days of Christmas, I recently embarked on an epic marathon journey home. It’s funny the extent people go to in order to get home to their loved ones for Christmas-I love Christmas and although nature seemed to have a different idea, I was determined to get home for this Christmas-our first together in our new family home.

Booking my travel arrangements back in June-it all looked pretty straight forward, consisting of two flights between me and France (with a brief stop in England to catch up with friends and Granny!). However, as the day of departure grew closer, the road conditions were looking a little icy in Ottawa and so I decided to play it safe and get an overnight bus to Toronto leaving plenty of time for error before my flight the following afternoon.  Arriving at the airport the next day I discovered they had moved the time of the flight forward by two hours a couple of months earlier…without even telling me!

Thankfully, being over-excited about getting home, I had arrived with reasonable time to still make check-in. Thinking this would be the most damaging ‘blip’ in my route, I felt lucky to land at Gatwick just a few hours before it closed for the next few days.  Over the next 24 hours, plans were changed to skip visiting Granny as she was snowed in but to head straight to Bristol airport to wait for my flight overnight (again!). To cut a long story short….three buses, six trains, a cancelled flight, a ferry, and navigation of the Parisian metro I finally made it home-six days after I had set off from Ottawa.

My two saving graces definitely had to come in the form of my jetlag/hangover, which actually made parts more bearable as I just became slightly delirious and started to find it all rather funny; and also my fluent French-speaking sister (who had had two cancelled flights and came to join me on my mission!)

Scenes of stranded passengers at airports and train stations once again dominated the British headlines over the Christmas period and once again England was ‘shocked and amazed’ by the snow disrupting thousands worldwide.  And yet, this certainly isn’t the first time England has ever seen snow…it’s beginning to happen every year now, and yet authorities don’t seem to be remembering the previous three years’ disruptions! And then we run out of grit and de-icer-all in the ‘plunging’ temperatures of -5 C!

Maybe, just MAYBE it’s time to invest in some effective snow removal vehicles, England? Speak to the Canadians-they seem to know a thing or two about being ‘snow savvy’.

What surprised me most was the absolute lack of information available when things went wrong-airline staff disappeared into oblivion and no one else seemed to know anything. With no Internet it made things close to impossible. But while anyone vaguely authoritative who should have had information available was completely useless it was great to see how much the stranded passengers all came together to help each other.

I think that it helped that I wasn’t in any of the London airports, but everyone was passing on any small pieces of information they had managed to pry out of airport staff, and also any other leads on possible ways to cross the channel — even offering lifts and places to crash for a few hours.   This unity of English people only slightly gave me a brief moment of missing home — having been away for 10 months this episode certainly hasn’t helped me want to rush home any time soon!

Fast forwarding a week after I finally made it home and had a lovely relaxing week in the south of France, then I was back at the airport again-looking at a ‘delayed’ tab next to my flight–great! Again–luckily, I had booked my flight with plenty of time for error-arriving back in Gatwick the night before my flight to Canada, as I arrived in Gatwick just a little bit late. However, this time I went prepared — with a little pillow, blanket (courtesy of Thomas cook…thank you!) a picnic of wine and homemade quiche and salad and a fully charged iPod and phone, and clean underwear and top! This led me to start thinking that soon enough people should pack an extra ‘all eventualities and emergencies’ bag–it’s getting that ridiculous!

However, all this said, the travel karma gods finally rewarded me over the trails of the past weeks.  Boarding my final flight I came across a fellow passenger in my seat.  Assuming he just wanted the window seat I politely informed him that was my seat (I had specifically asked for a window seat so I could sleep and I didn’t have much patience left in me!) and could he please move, to which he whipped out his ticket which lo and behold had my seat number on it too…DAMMIT! Initially fearing the worst I started to panic I wouldn’t even have a seat on the plane, I went to the front and was informed it was my lucky day and that I had been upgraded!! Taking full advantage of all the first class privileges and legroom I settled smugly into my flight, faith fully restored in travel chaos! 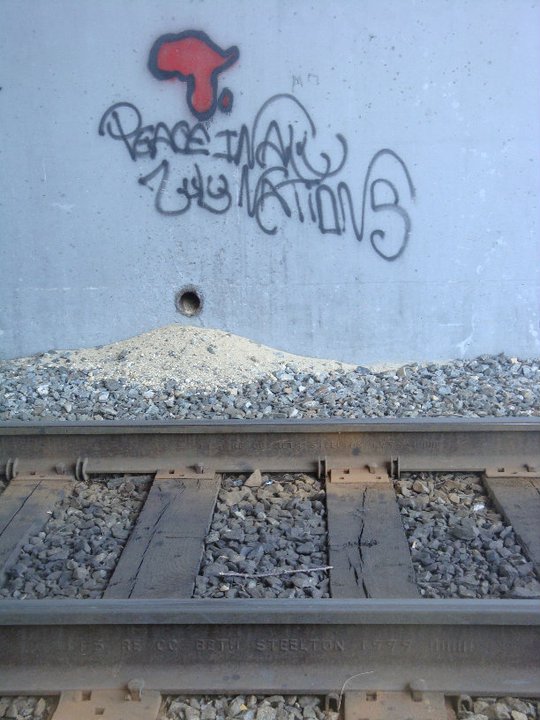 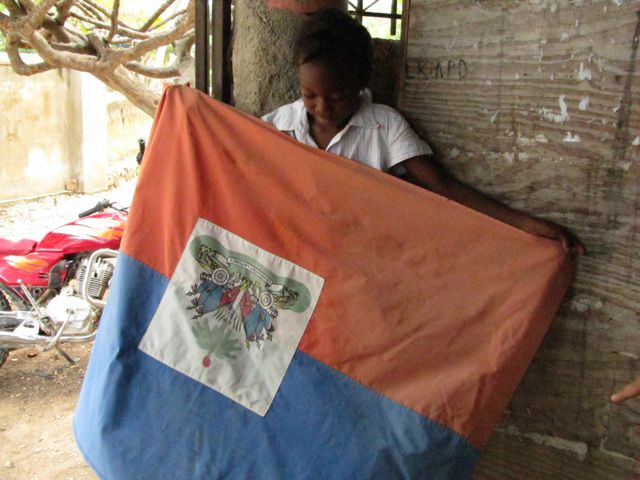 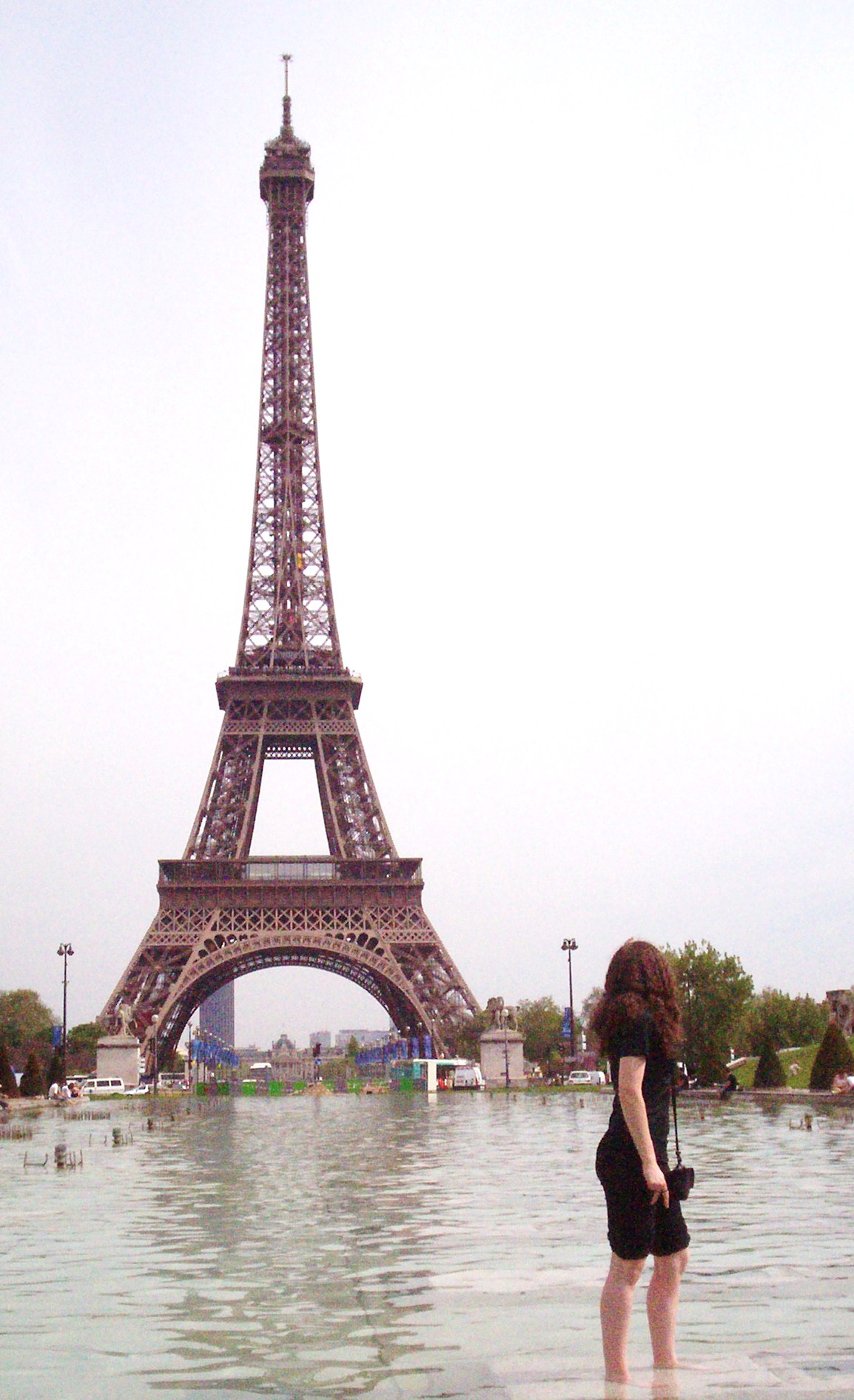 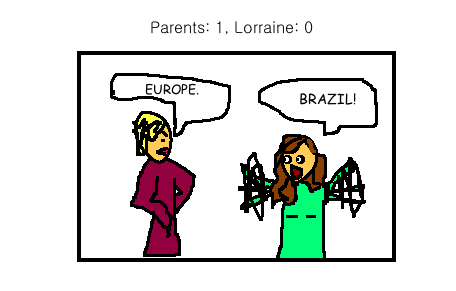