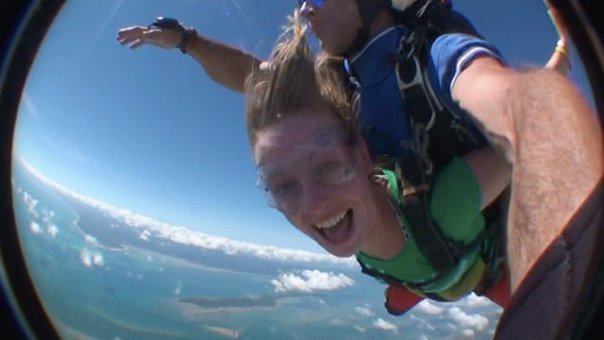 After my days on the Hammer, it was onto the bus for a 13-hour drive down Australia’s East Coast. After watching The Green Mile on the bus television, I did my best to get my dream on, but it’s not the easiest in a cramped upright seat. Oh well. Arriving at about 6 in the morning in Hervey Bay, I got picked up by the Palace Adventures hostel van and taken to check in. Two hours later I was sitting in the lounge room listening to the most painful government safety video. Ever. I was headed to Fraser Island that morning on a three-day camping trip to the largest sand island in the world. I tried my best to listen about dingoes, camping, cooking and driving on dunes, but if I’m honest, I was dozing off… Hey, what can I say, no sleep and a poorly shot film doesn’t help with the whole staying awake thing. 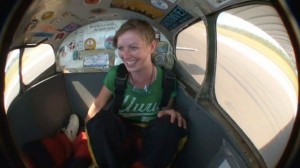 After that, me and all the other backpackers were split into groups to go into the 4x4s. Then we were told about our chores for the morning. Go to the garage. Pick up the 4x4s. Inspect them. Pack the camping gear. Go to the supermarket and plan our meals. Fun. Times… Or…….

After we got our safety lesson, a man came in and gave us another option. I was way too tired to know what was going on and getting out of the morning chores sounded good so I raised my hand…and volunteered to jump out of a plane. Ummm what?

I’d always wanted to go skydiving, but it’s an expensive adventure and I never felt like I could justify the cost. But on this particular morning, I had less than a week left in Australia, and no time to lose. So there I was sitting there with my hand up taking one of four spots to get into a plane and fly over one of the most beautiful scenes. 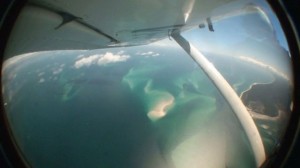 I didn’t really have any time to think about any fears I might have, which is probably best anyway. I got into the tiniest tin can of a plane with my instructor and one other jumping couple. Then before I knew it, a door was opened, a massive gush of wind hit my face, and two people were falling out of the plane.

A voice in my ear was saying “right, okay, left leg over, right leg over, cross your arms, let’s go!” Thank GOODNESS I had no time to pause (the man tightly strapped to my back wasn’t exactly going to stop moving no matter what I did) otherwise who knows what would have happened. But what did happen. Was amazing. 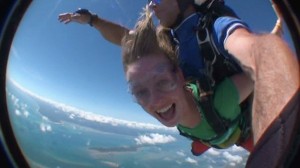 That first second of panic quickly passed on to sheer joy and excitement. It was unreal, and hard to describe, but now I can say that I jumped out of a plane, AND I got to skip the morning chores. Success.

Next, it was off to Fraser Island for three days of camping and swimming in rivers. I was starting to get used to this whole not showering thing,..