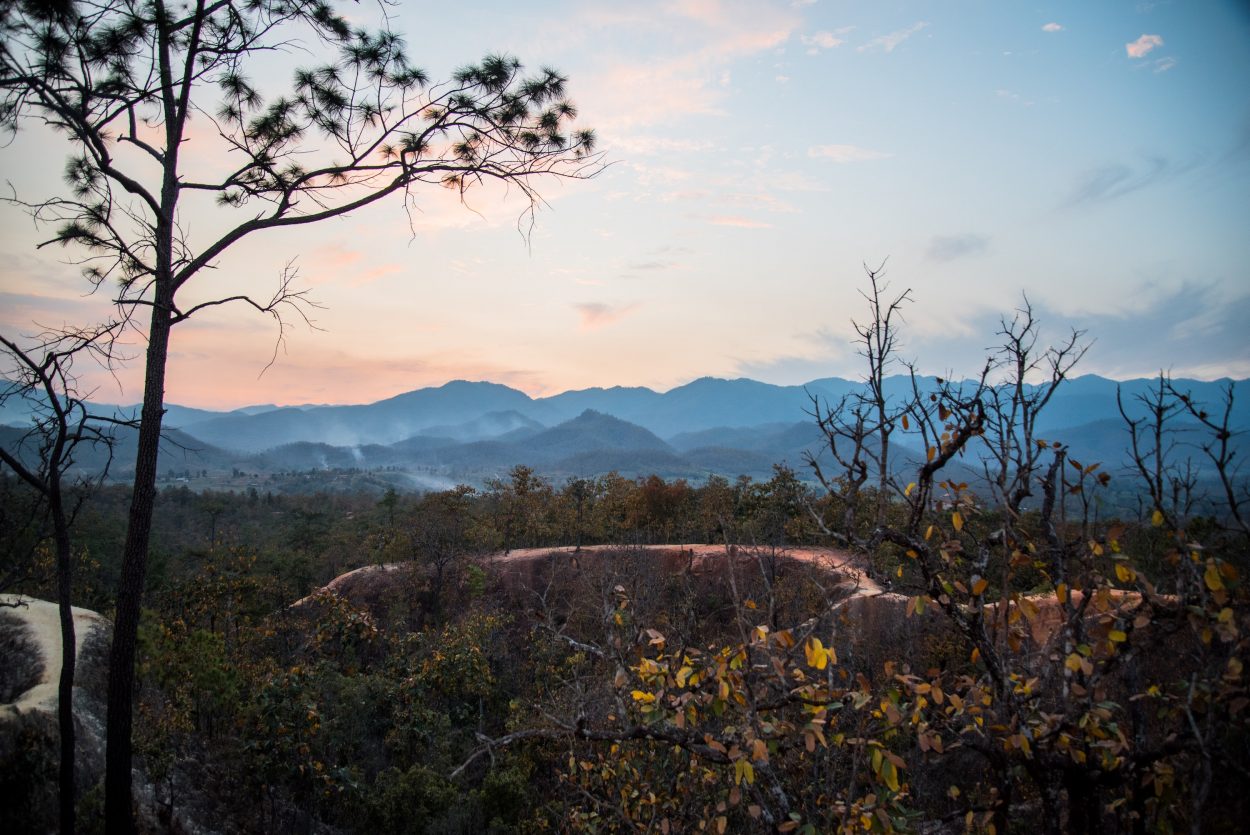 Thailand loves their king a lot. You won’t go into any building, or enter any town without seeing his portrait. Every year on December 5th the entire country celebrates his birthday meaning a three-day weekend and a good reason to check out a new town. My choice: Pai.

I’d been told about this town north of Chang Mai, hearing words like ‘hippie’ and ‘peaceful’ and I’d been told that the only way to get there if you really want to appreciate it is by motorbike. So be it.

In Chang Mai I collected some fellow travelers for the journey then after a stroll around the night markets, and giving in to our cravings for western food (I love Thai food any day, but it’s hard to resist a burrito if you haven’t seen one in four months…) we called it a night and prepared for the long day we had ahead of us.

Friday morning after a few failed attempts, we found a motorbike rental shop that had three Honda 125 Dreams that could be

ours for the weekend. As the only member of the group to have ever driven a motorbike, I began a little lesson for the newbies. Three minutes later we were off (after all you learn faster from experience right?). After navigating some nail-biting Chang Mai traffic, filling up on petrol and finding the right road, I led the way into the mountains on our way to Pai.

About 40 kilometres into the ride we hit Route 1095 which would lead us all the way to Pai on one 136 km long trip through 762 curves (according to the many T-shirts and banners around). To get from Chang Mai to Pai you have to get over the top of Thailand’s northern mountain ranges. My arms ached after my day gripping onto the handlebars, weaving back and forth and making 180-degree turns while fighting up and down the steep mountain face. But on my trusty Honda Dream, it was easily the greatest drive I’ve done. The mountains in northern Thailand are simply stunning, and I can’t think of a better way to see them. It was perfect. We stopped on the way to see Mork-Fa Waterfall in Doi Suthep National Park, and to grab some Pad See-U from a roadside vendor. Then, as the sun set, we finally found ourselves in one of happiest places in Thailand. Thai people are known for being friendly, but it reached a new level for me in Pai. I hadn’t seen so many ear-to-ear smiles in awhile. My friends quickly got tired of my repeated declaration that I was going to find a way to live here somehow, but it really was love at first sight.

After exploring the lantern lit walking street and the beautiful river, we found our guesthouse, run by a man with hip length dreadlocks. The guesthouse came complete with hammocks and even their own organic vegetable patch. A perfect hippie haven.

We ventured back out on to the walking street for some good food and good music. We spent most of the night sitting in the middle of the street by a band who had set up their gear to play for the crowds. I couldn’t think of a more perfect way to end the night than dancing along as the band sang the classic Bob Marley anthems along with their own songs. We had nowhere to stay the following night so we asked the band for advice. They insisted that we were definitely not going to find a place. Great. That’s the problem with the national holiday – Pai had been flooded by Thai people here to enjoy their long weekend.

On Sunday I woke up at dawn and started the process of calling up all the guesthouses I knew about. That failed, so I found our hippie guesthouse manager to ask for help. He managed to find us a room for the night. Thank goodness. We moved our bags to our new residence to find that we were actually sleeping on the floor of a woman’s living room on mattresses. Just another example of the Thai people’s openness and willingness to share everything they have. We even had our own key to her home. Talk about trust.

That day we ventured out of town to find beautiful waterfalls, a stunning canyon and the natural hot springs. At the springs, the

top pools are so hot that people actually bring raw eggs and boil them here for lunch. Made for a pretty nasty smell unfortunately. The lower pools were still pretty hot, but some thick-skinned Thais still got right in. I lasted a few minutes before I began to resemble a lobster being boiled for dinner.

Later on, we spent our evening in Bamboo Bar. Bamboo is a large hut made of…well, bamboo. We huddled together on the floor cushions around the open fires (it gets cold at night here during the winter) and enjoyed the company of other travelers and a few young Thais.

Our final morning in Pai, we grabbed some fried rice for breakfast and hit the road back to Chang Mai. We navigated our way past cars, buses that looked like they could topple at any minute, herds of buffalo, baby cows that chose the middle of the road for their afternoon nap and the usual extreme turns and hills.

I loved my time in Pai and would recommend it to anyone who plans to head to Chang Mai. It is not to be missed, especially that breathtaking ride. It was my own little motorcycle diary. 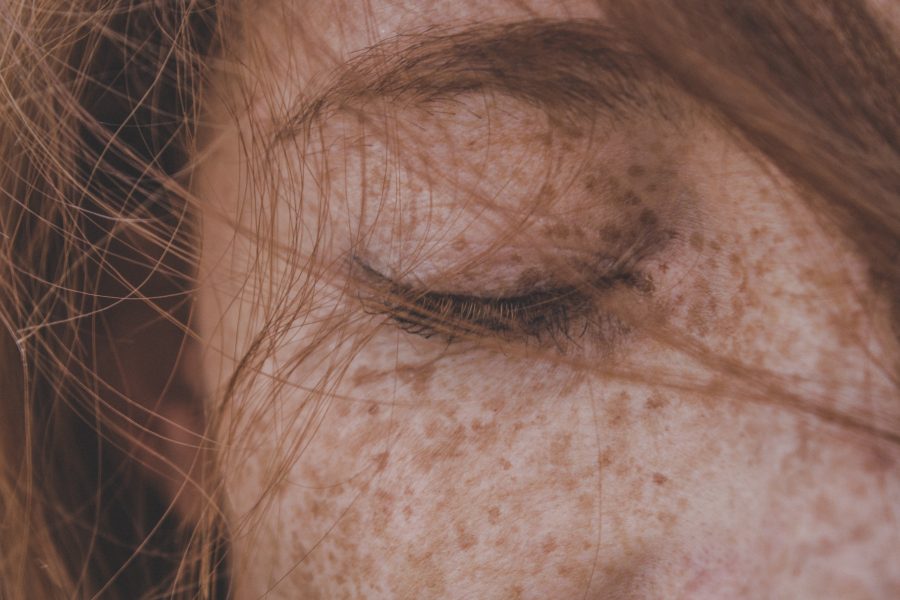