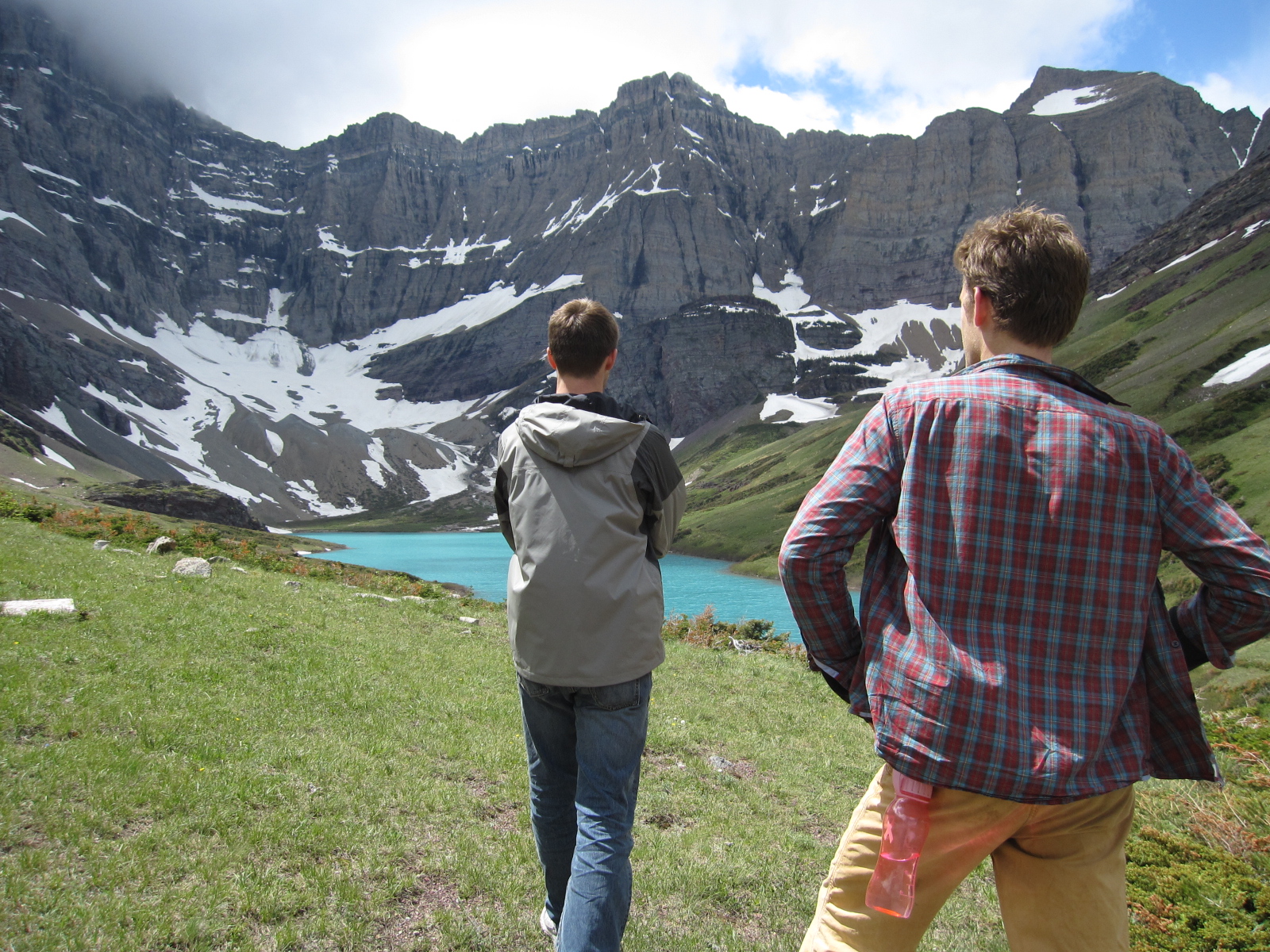 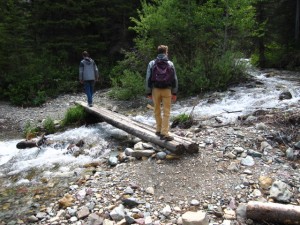 After a nearly failed attempt at making oatmeal by campfire, we geared up for a 12-mile hike to visit Cracker Lake.  All we knew was that it came recommended by the wonderfully awkward junior forest ranger (his voiced cracked when he spoke to me about ‘Cracker Lake’ so of course I thought it would be a perfect trip) and a fantastic chance to put some miles on our feet, instead of on the Civic’s wheels.

The first few miles weren’t all that interesting- it was cold and a bit rainy, but we all had our hearts and minds set on seeing that lake.  Before crossing into the more mountainous sections of the trail, we stopped for a few photos and dug our feet in as we the climbed our way up.  My favorite part of hiking includes a mix of the scenery, the smell of the air, and going up.  There is just something about getting to the top of a hill/mountain/staircase and seeing that bird’s eye view. 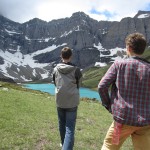 Anyway, around mile four or so, we encountered our first people, they were dragging their toes through the mountain stream while sitting on the foot bridge and enjoying the ease of the environment.  It was such a quiet space that coming upon that smaller group of fellow hikers felt a bit like an intrusion.  And it didn’t help that Sam kept yelling to keep the bears in the know about our whereabouts.  No surprise bear encounters, safety first. 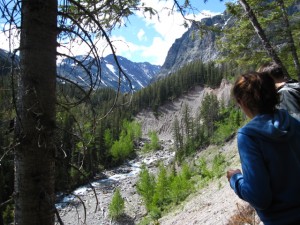 In that, ‘hey it’s June’ type of way, I was surprised by the banks of snow that we had to walk through before hitting the final destination.  But as freaky as snow in June can be, it was worth jumping over snow banks and occasionally falling as you slipped on an icy bit, just to see that unbelievably blue lake settled between several towering mountains.

It was so protected and wild feeling; it felt like such a prize after 6 long miles of hiking.  Even the wildlife was friendly, almost too friendly as we watched a pair of not so intelligent hikers trying to pet the fuzzy critters.  I’d rather surprise a bear.  We spent some time discussing how cold the water must be and how long it would take to succumb to hypothermia before sinking to an inevitable afterlife surrounded by whatever lived in that blueness, before deciding to turn back to our campsite. 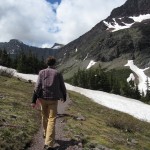 We were cold and wet and ready for a good meal.  Semi-unfortunately, it was too wet to get a good cooking fire going, so we opted to drive into ‘town’ and stopped in for a visit at the Fire Horse Cafe for a burger dinner (I had a grilled cheese with tomato).  It was a little place run by a Native American couple who looked as if they had nothing better to do.  We admired the decor, simple mountain hunter chic, and the husband offered buffalo jerky to the boys.  I declined.

We slept well that night as the rain poured around us.  I think Austin won the 500 game we held inside of the tent.  No bear encounters to speak of.  We were headed to Canada the next day, missing the Glacier National mountains already.