Take a minute and think back to the first time you got your period.

Maybe you got your first bra right around that time, and wore it so proudly, even though you probably didn’t need it all that much. Maybe you had just started shaving your legs.

And you probably didn’t have any sort of preparation. No plans. No artillery of backup pads or tampons in your bag.

God forbid you bled straight through your shorts, and had to go to the school nurse, who gave you sweatpants because that’s the only thing she had in your size, even though it was June. (No? Maybe that was just me.) 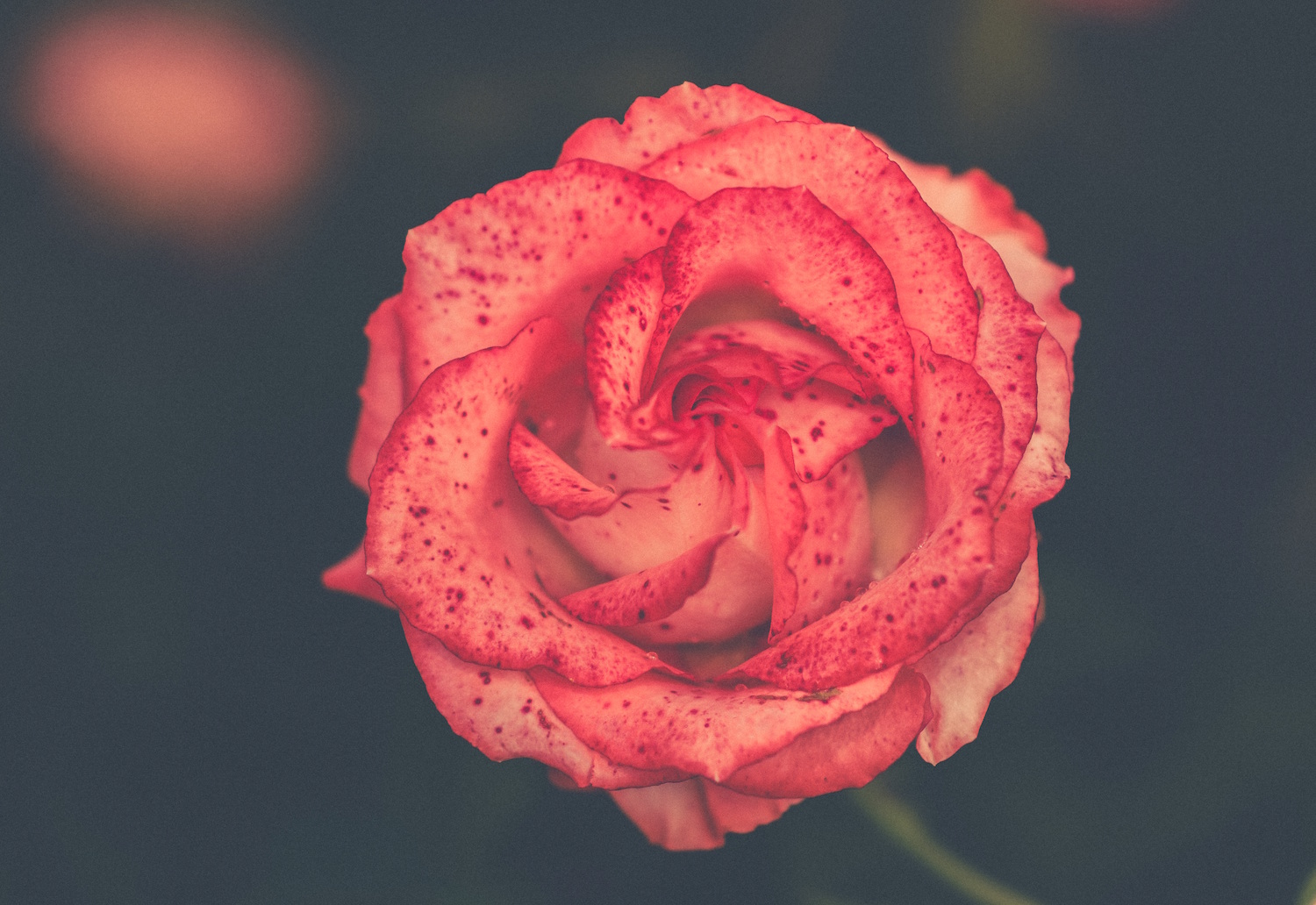 Bottom line: those first few years of having your period sucked.

I was 10 when I first got my period. Two months from 11, and six months before we would watch the video in health class.

The red dot in my white underwear was a sign of womanhood that I think I was trying subconsciously to get away from. At 10, I didn’t own anything that could be considered girly, only hung out with the boys in my class, and would have to be scolded into wearing a dress. I was a textbook tomboy.

But that dot? That changed everything. I couldn’t talk to the boys about it. I didn’t talk to anyone about it, actually, somehow embarrassed that I had hit puberty before anyone else in my class.

Aunt Flo is punctual. She never misses a trip.

At 24, I’ve had my period longer than I haven’t. It’s become a normal facet of my life.

And since being embarrassed one too many times in middle school, I’m well prepared — always with extra tampons, pads, pantiliners, and Midol in my backpack. I even count out how many tampons I will need each day. 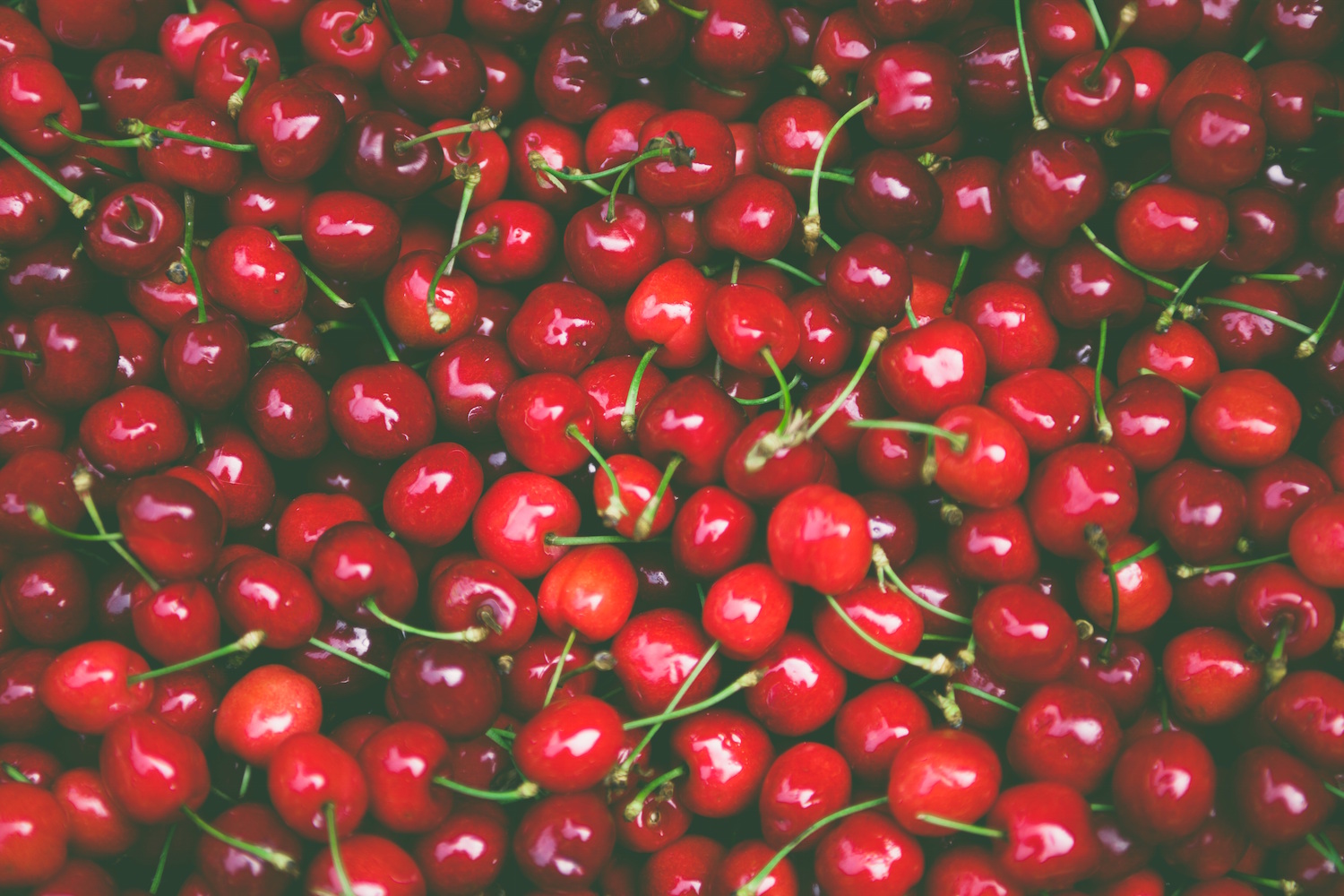 Many of us plan trips strategically around Aunt Flo’s visit. Why would we take all the time and effort to plan a vacation just to have our period show up during it?

But try as we might, sometimes we end up having our period while away, and have no choice but to suck it up. I’ve had field hockey camp during that time of the month, in the blistering sun, cranky, and just wanting to lay down. And in college, I went on the only cliché Spring Break I’ve ever had. During my period.

All of these times, though, I was prepared.

Last October, my friend Brandon asked me to go with him to Haiti.

I’d been to Haiti two years prior, and was aching to go back.

Before I had even figured out if I could afford it, or asked what we’d be doing there, or looked into if it was safe after Hurricane Matthew, or counted out when my period would be gracing her presence — I said yes.

Brandon is the founder and CEO of Water the World, a nonprofit that delivers water filtration systems to people in developing countries. He later told me that we were to be traveling around and giving out the systems, finding a location for a future facility, and building relationships with communities. I would be writing about our experiences and documenting the trip for him.

For a few days after I said yes, my anxiety was unaware of the decision I had just made. All I was was excited. It’s my favorite time, when I can trick my anxiety out and it has to play catch up.

Then my anxiety found out, and I started doing what I normally do, which is to make lists and try to organize as much as possible. There was a little over a month to raise the money I needed, get all my supplies, brainstorm ideas, and plan our itinerary.

Then, I took a look at my planner, and realized that not only would we be heading to Haiti the day before Thanksgiving, but that I was due to have my period while we were there. 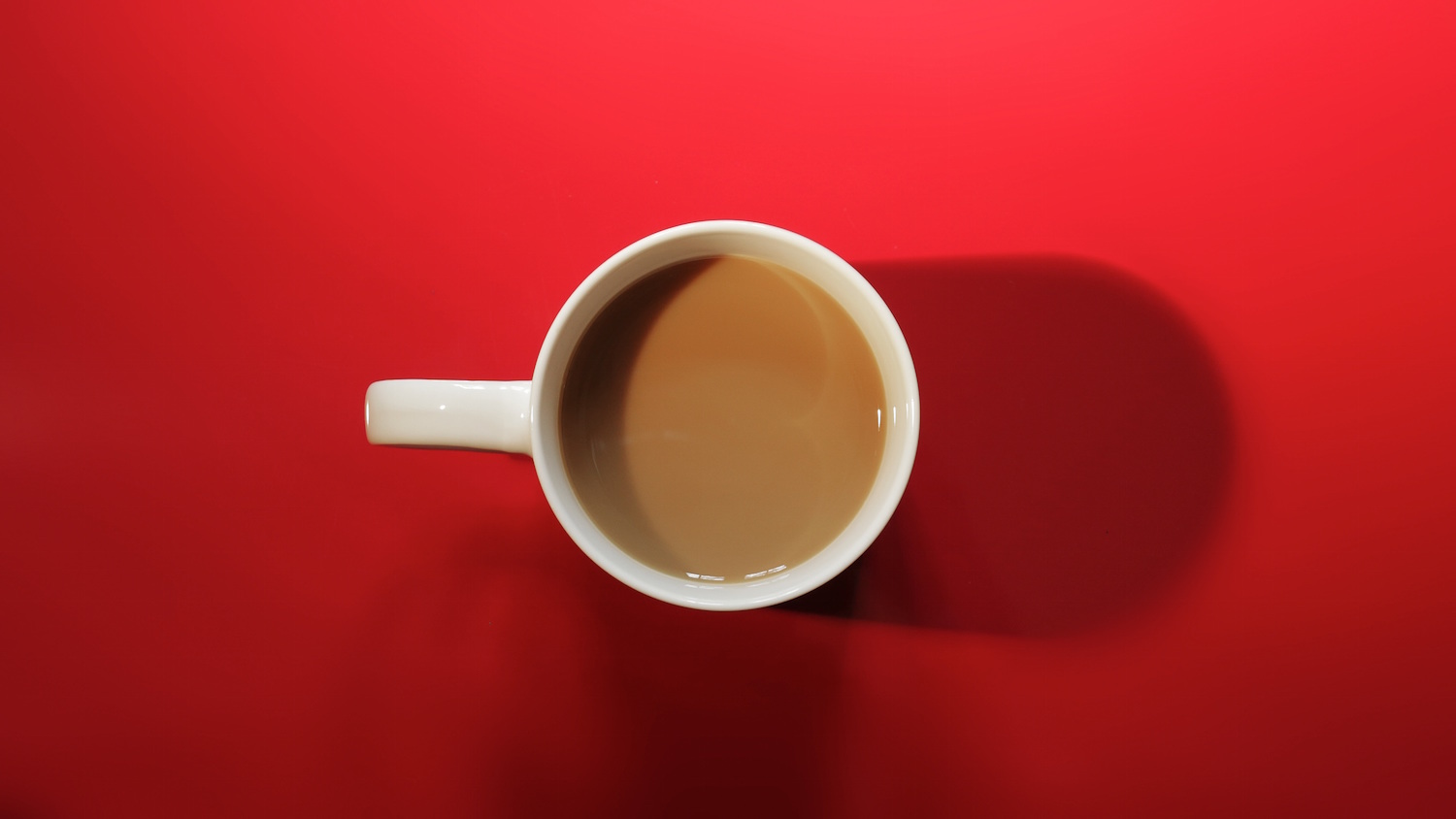 What was I going to do with my period while in Haiti?

In a country where you throw your toilet paper in the garbage, the thought of tampons in the trash in the bathroom skeeved me out.

And what if I didn’t have a toilet midday while we were in a smaller village, and had to change my tampon? I could use pads if I wanted some type of seventh grade flashback and risk leaking. No matter what, I always feel like pads are leaking, so they’re a hard no for me.

A few weeks before Brandon asked me to join him on the trip, my aunt had told me that she had gotten a Diva Cup. And she helpfully gave me a play by play every day she used it.

My first thought when considering the Diva Cup was that it was gross. I mean, it’s a cup that goes up into you and collects blood.

But, when you think about it, a tampon is a bunch of cotton, that goes up into you and collects blood — so there really isn’t much difference when it comes to the nitty gritty.

The real difference between the cup and tampons comes with cost, waste, and your own health. When traveling, the Diva Cup just makes the most sense.

Was it smart to try the Diva Cup for the first time while in Haiti?

Honestly, this shouldn’t even be a question. It was the dumbest thing I could have done.

After so many years perfecting how I handle my period, I didn’t realize how much time or learning curve I’d need to try a new product. The same thing had happened when I switched to tampons for the first time in middle school. But that had been like seven years ago. So, obviously, I forgot.

Thankfully, we had Wifi in our rooms, and I was able to text my aunt about my situation.

On the second day, I woke up early from cramps and anxiety.

Anytime I have my period and I sleep somewhere other than my bed, I get anxious that I will bleed on the sheets. And these were very white, very vulnerable sheets. 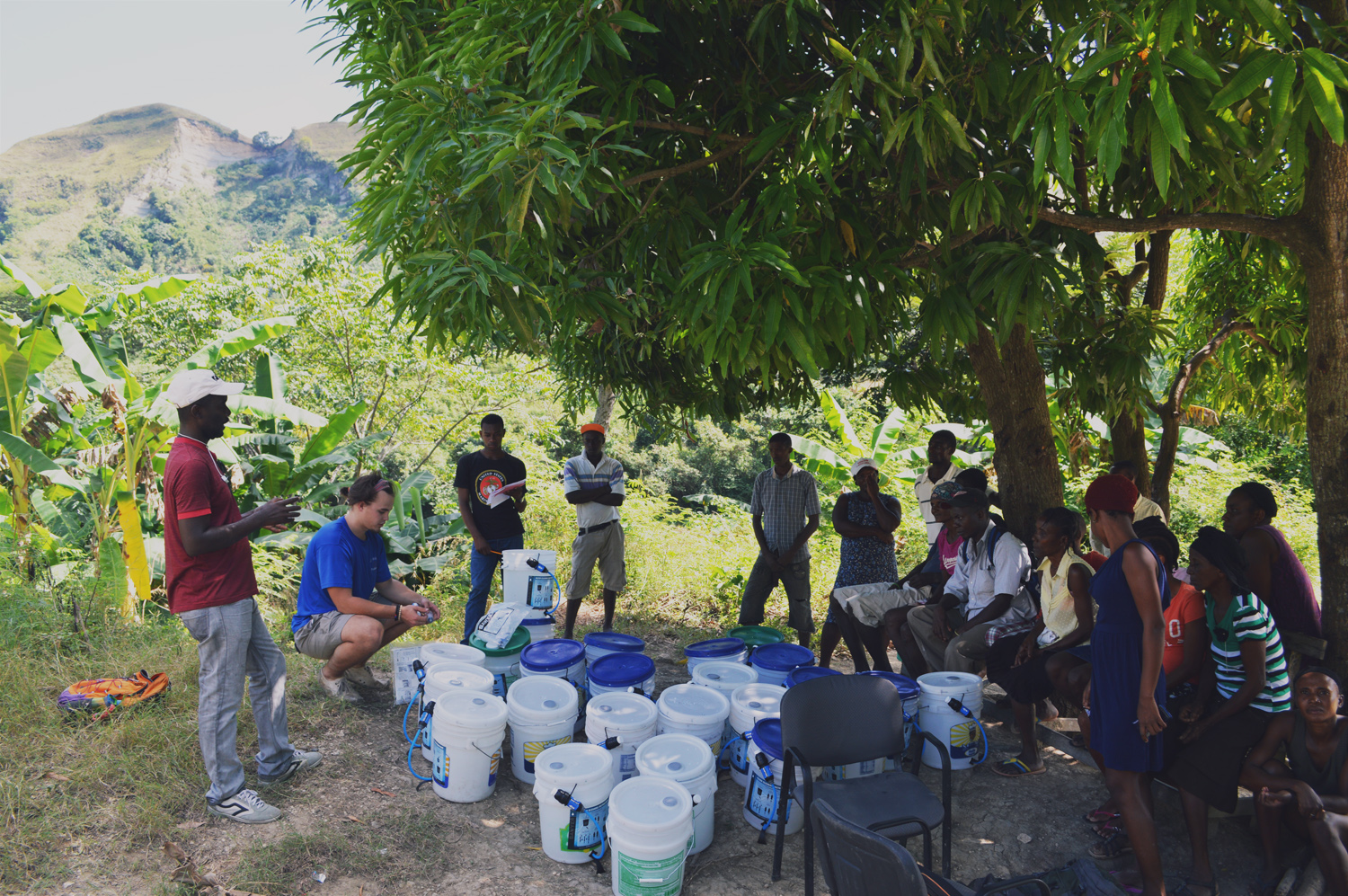 I checked and discovered that there was no stain on my sheets, but there was a small red stain on my underwear. I had no running water to clean this gross, full cup, but the instructions said to wipe it with toilet paper if you can’t get to a sink, which I did. Then, I put it back in, walked to my room, laid on my bed, and waited for the Advil to kick in and take away my cramps.

I scrolled the Diva Cup website some more, looking for an answer as to why it had leaked on me, and what the hell I was doing wrong.

That’s when I saw a warning on their site about cleaning your cup properly — how you need to wash it twice a day with potable water and mild soap. I’d cleaned my cup in the shower the night before! I couldn’t use the water from the sink to brush my teeth and couldn’t open my mouth while showering, but there I’d been, cleaning something that goes into my body with it.

I jumped up, grabbed my water bottle (full of drinking water), and went back into the bathroom to clean it properly and adjust it — again.

Each time I felt it that day, I hoped — no, prayed — that I hadn’t contracted cholera or some other bacterial infection. Luckily, we were staying in a hospital, so even in the worst-case scenario, I figured I would be okay.

I needed to confide in someone.

Brandon and I were the only two on the trip, and we were barely around others who spoke English (and those who did weren’t women). It was isolating to not be with anyone who could understand what I was going through.

For so many years, I had been surrounded by women who understood. It had been at least a decade since I’d been in a situation where I didn’t have someone around to talk to about my period. I’m used to complaining to my friends about my cramps, or offering them a tampon when they need one. Without anyone else there to commiserate with, I felt alone.

I was having flashbacks to my 10-year-old tomboy self, feeling unsure if I could tell this friend who was a boy about my problem.

But this time, I did. 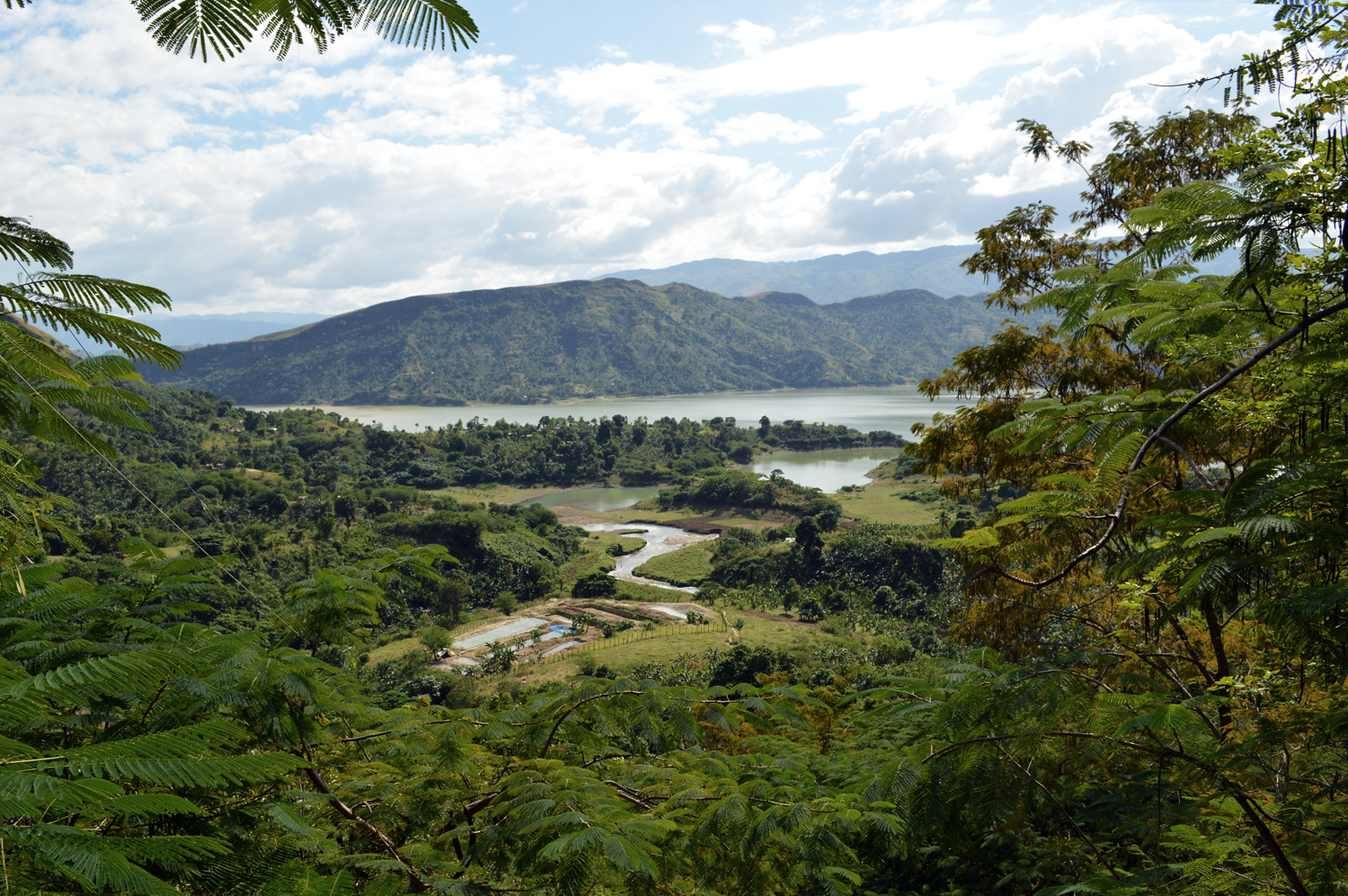 I’m not ashamed about this natural part of my existence. Sure, I might have been when I was 10, but at 24, I told myself that there shouldn’t be any lingering feelings of embarrassment. And, to be honest, there weren’t.

Brandon was understanding. He wasn’t pumped that he had to listen to me complain and it’s not like he’s been there before and could really offer me advice, but he never once told me shut up or made me feel like I couldn’t talk to him about it. That meant a lot to me.

On the last full day of our trip, we went to church.

In my experience, Haitian church services are extremely long. We sat there, listening to beautiful music from three different groups and a sermon that we couldn’t understand, followed by soup distribution — for two and a half hours.

In the grand scheme of things, two and half hours isn’t long. But when you are terrified that you have bled straight through your dress, wondering if what you’re feeling is sweat or blood, and dealing with cramps and bloating and God forbid gas while sitting on a metal folding chair — it’s a lifetime.

By the end of the service, I was convinced that I bled through everything. I was just waiting for someone to tap me on the shoulder and point to my red butt.

Thankfully, that didn’t happen. Maybe I was just paranoid. Maybe I had the Big Man on my side that day. Who’s to say?

Managing your period in a developing country isn’t easy. And using something you’ve never used before to do so makes it so much harder.

If you find yourself headed to a country without running or clean drinking water, do not use a Diva Cup for the first time while there. Perfect your technique before you go. 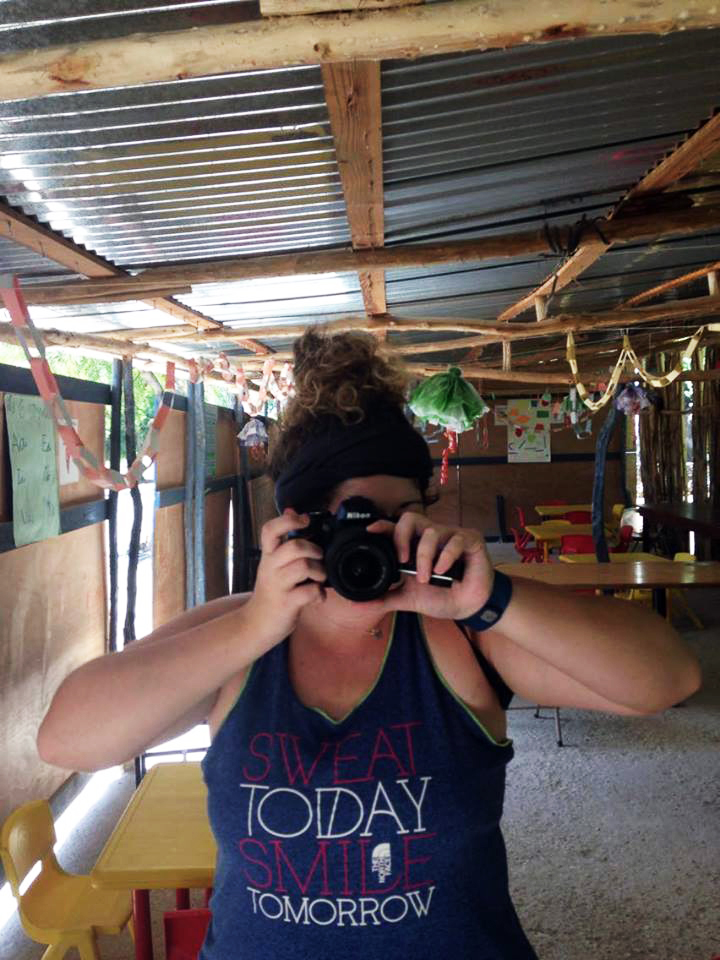 Will I use my Diva Cup again? Yes!

But I’ve found that it’s much easier to get accustomed to when you’re not traveling. Before I left on my trip to Haiti, I probably should have done some more research, and brought tampons and pads with me. In the end, you live and you learn.

A menstrual cup is an excellent option, for both everyday life and while traveling. But before you go to any place where managing your period will be different than what you’re accustomed to — whether you’re using a menstrual cup or something else — do some research, make a plan, and try your technique out a couple times to ensure you’re a pro.

Even if my Haiti period fiasco was less than ideal, I hope these mistakes help you learn what not to do on your next trip.

How do you manage your period while traveling? Share in the comments! 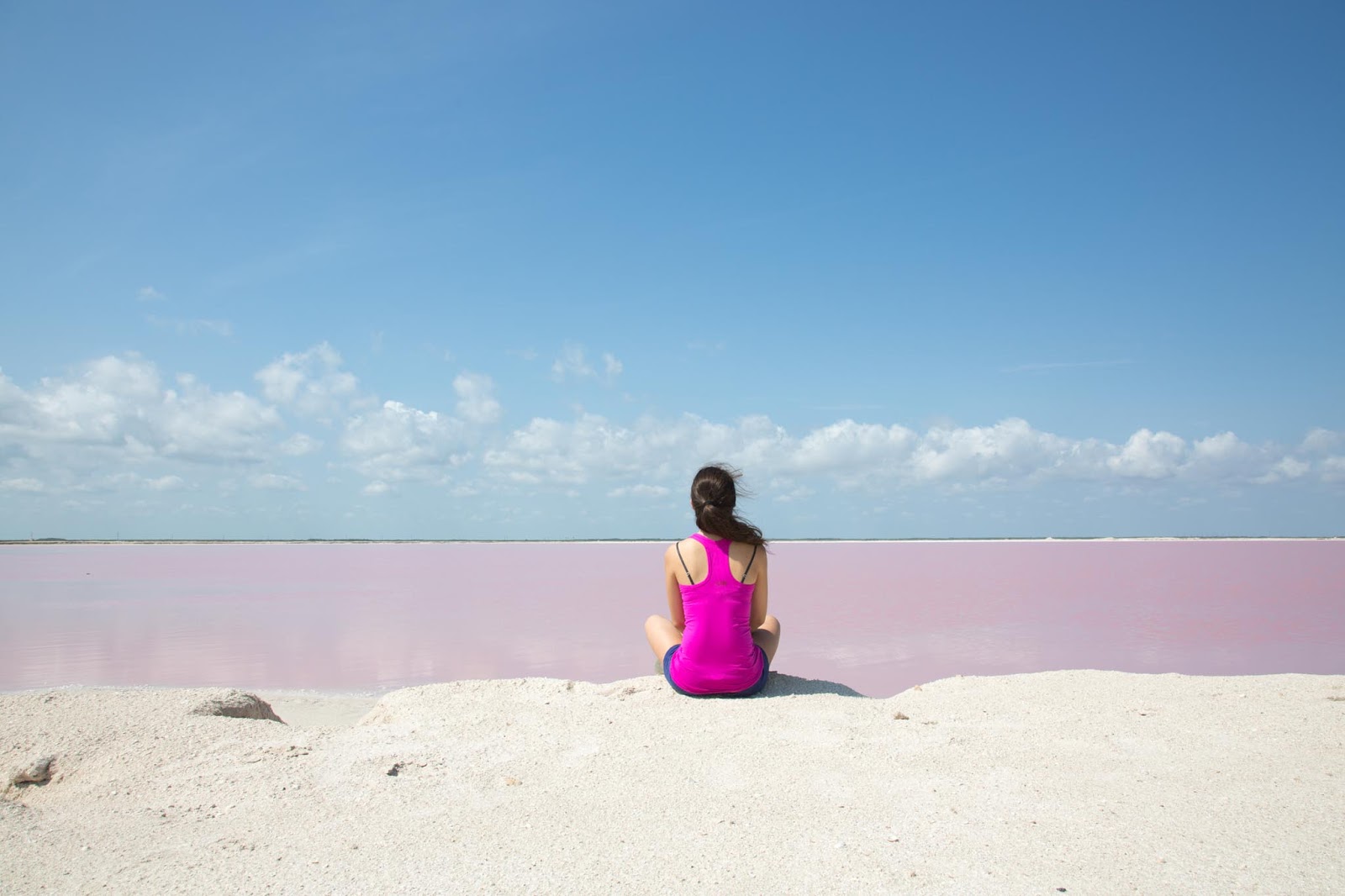 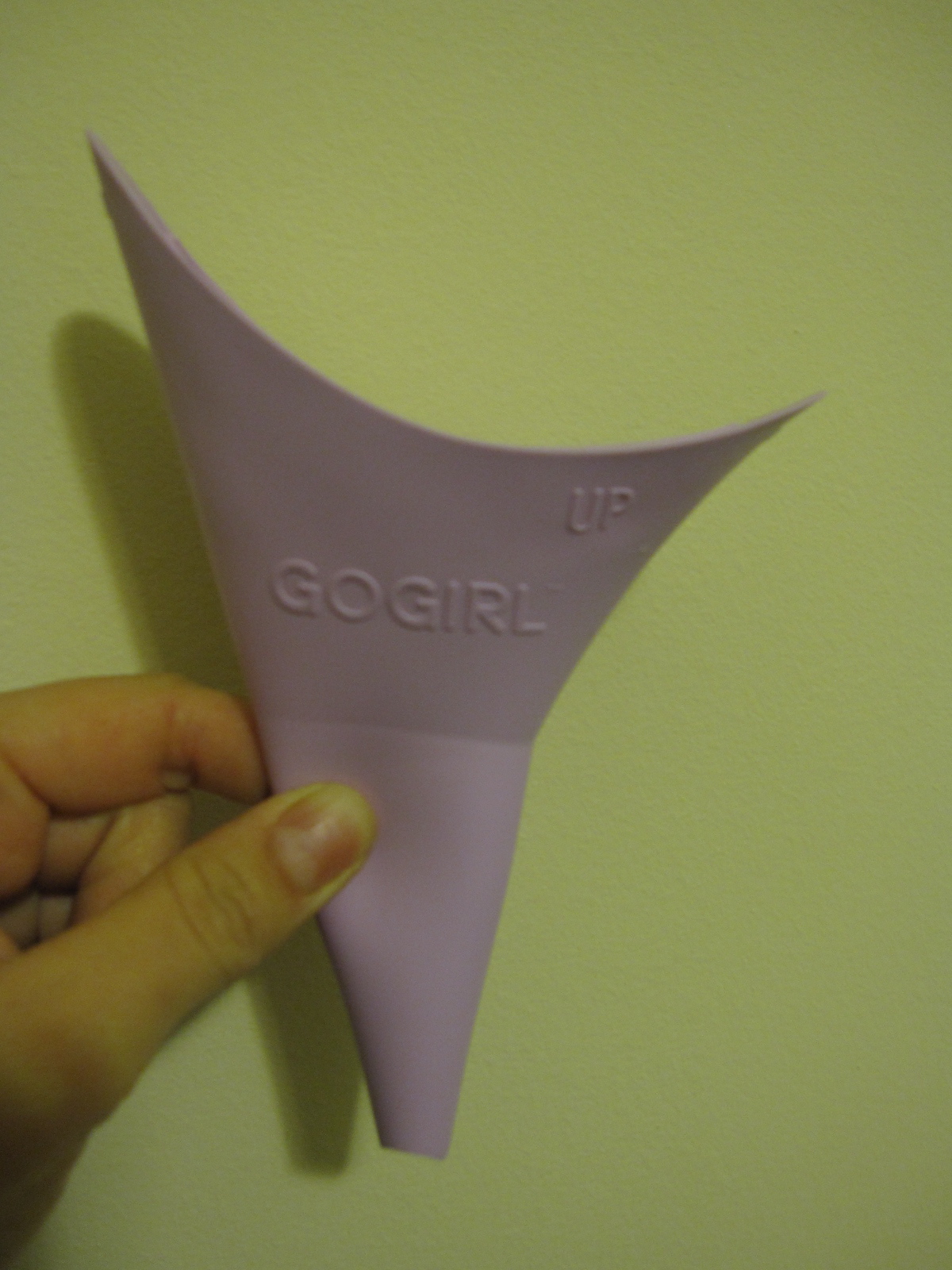 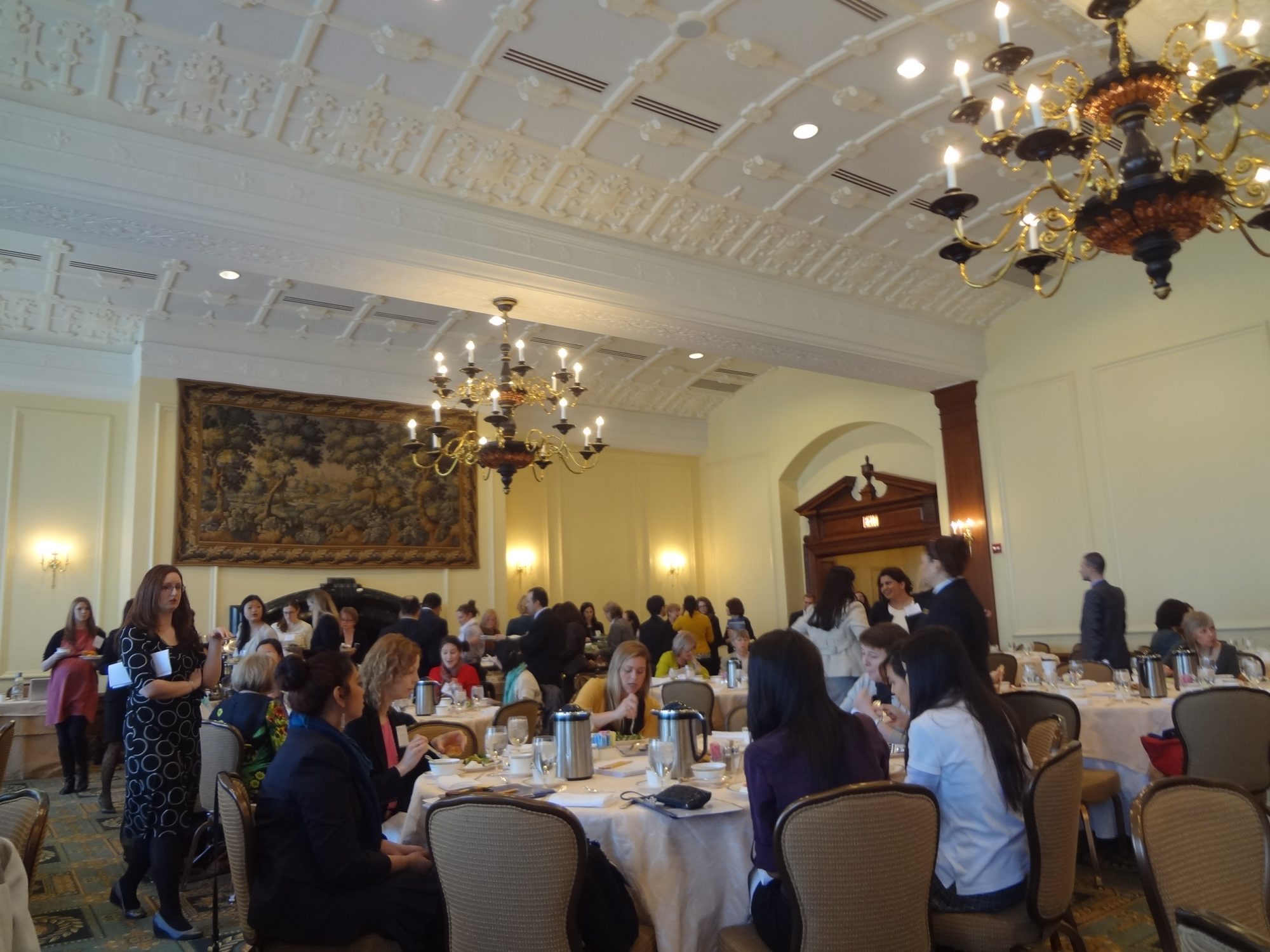