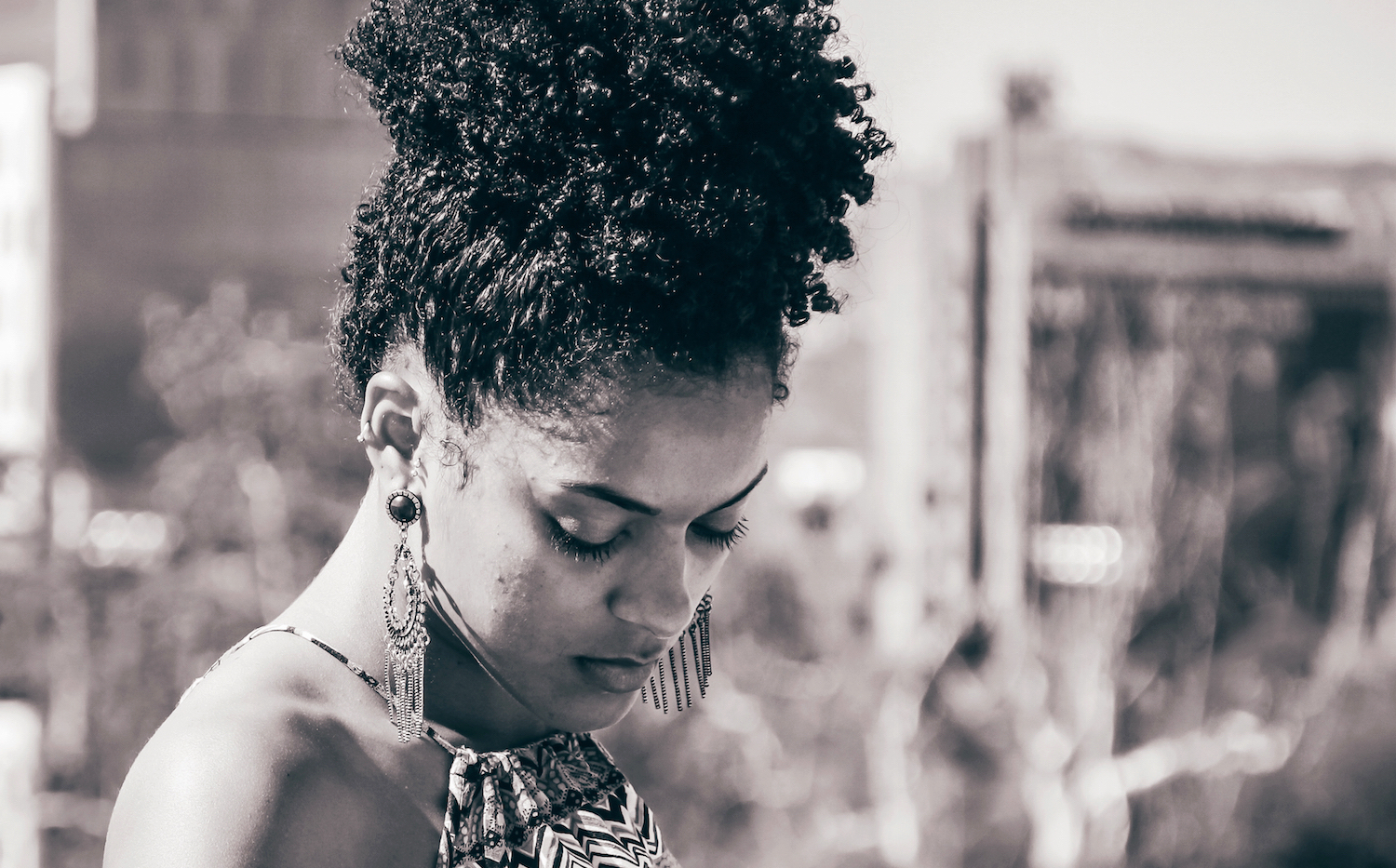 I joined the natural movement by accident.

On my first trip out of North America I was thrown into taking care of my curly hair. It was 2011 and Seoul, South Korea was my first true international destination. It was like being pushed suddenly into the deep end of a pool.

Before this push, I hadn’t realized how much my hair was a part of my identity. Before leaving the US, I didn’t realize my hair was something I could miss.

My first impression of Seoul was that it was big. 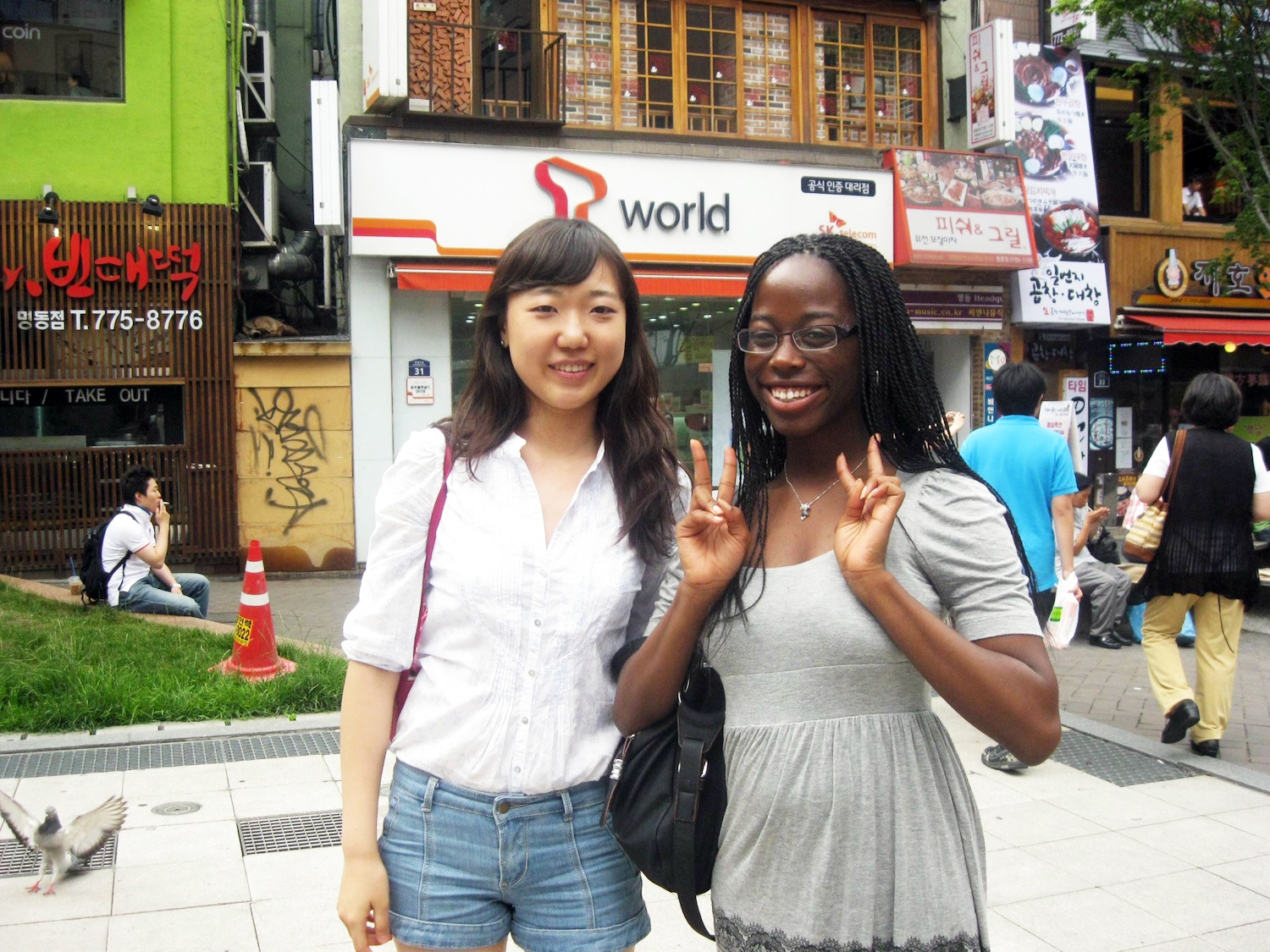 More New York than Boston. More Chicago than DC. There were people for days, but not one like me in sight. I was enveloped in crowds as I rushed through the airport trying to figure out what bus to take into the city.

And while squinting at a brightly-lit bus sign, I saw it. Well — her. But it is what caught my eye: A large curly fro rushing towards the bus ports to my left.

“Who is she? What is she here for? Where is she going?” I thought to myself. “I must find out.”

I stopped what I was doing and followed her. Past a school group and many women in heels. It bobbed quickly through the crowd, so I picked up my pace. I didn’t want to lose her.

But then, she was gone. I got to the door, out of breath and disappointed, only to see the fro pulling away on a bus to an unknown destination. I was alone again.

Before I left for Seoul, my mother warned me about culture shock.

The food, the customs, and the language would all take some getting used to. I would miss my family, and the ways of my home country. 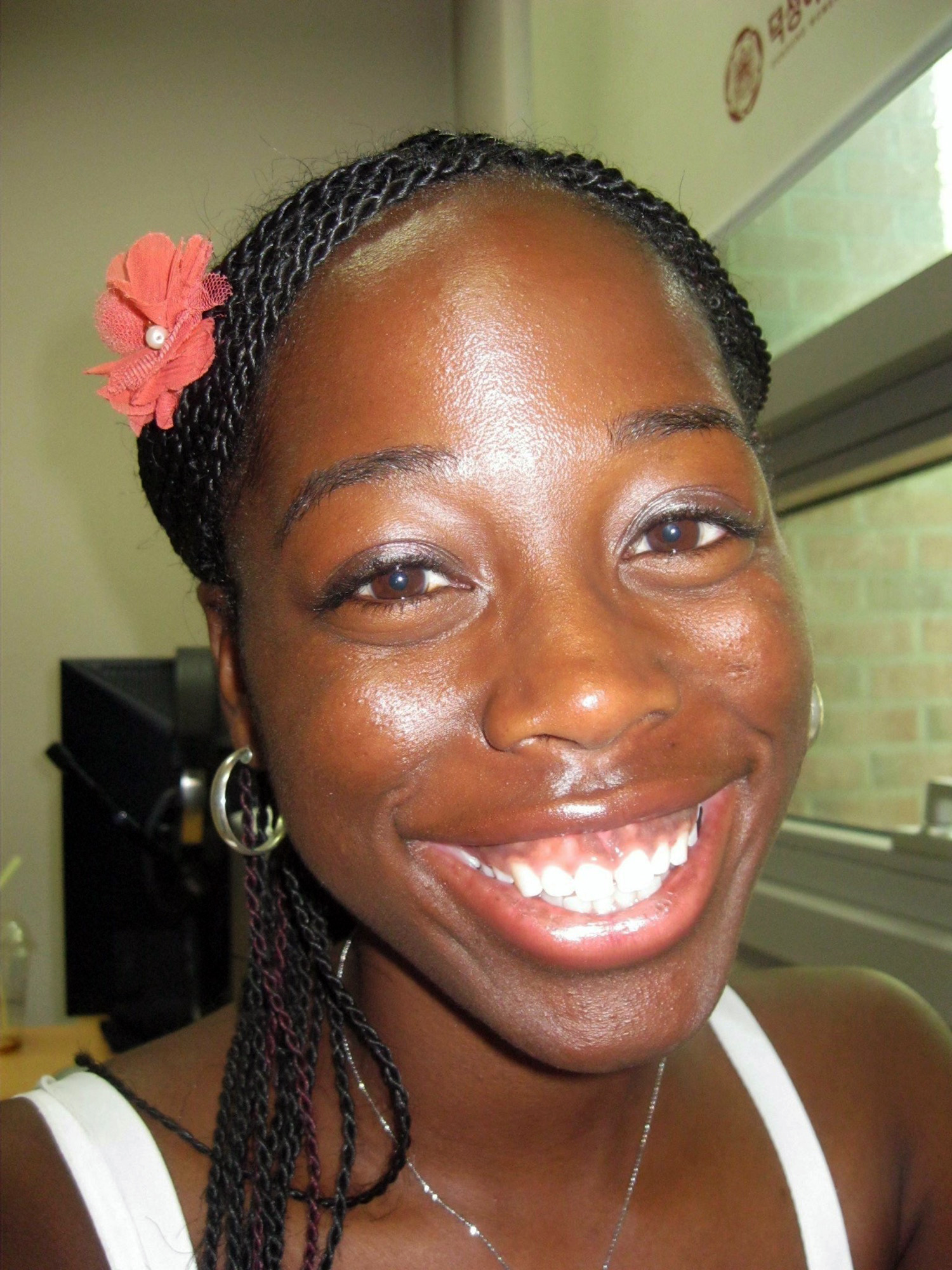 She didn’t mention anything about missing the hair. But I did. I missed hair a lot. Especially mine.

In its natural state, my hair is a wild kinky curly combination. It takes hours to tame, but minutes to devalue. Comments about my hair being “so much prettier” straight or regulations deeming my natural tresses “unprofessional” are a constant battle, but one I was willing to fight in the US.

At home, I was wearing it short and natural. But I didn’t think that would suit South Korea. Where would I get eco styler gel for my twist outs? How would I ask for shea moisture products in Korean? No. It would be simpler to get a hairstyle that fit in; one that tamed the kinks and intercepted critiques.

So, my Senegalese twists in place, I was ready to take on Seoul.

On the plane ride over, I felt I had made the right choice in covering my natural hair and attempting to blend in. But, though I had put a lot of work and preparation into this hair assimilation attempt, there were many things I had to consider in order for this to work.

Stretching natural hair gives it the appearance of a straighter look, without having to add heat to it (which could cause damage). This straightened curl pattern more closely matched the added hair I was installing, and fit the straight aesthetic of the twists. You can also blow dry your hair for the same effect, but be careful to add a heat protectant if so. Heat damage can cause breakage and split ends.

I learned quickly that despite my best efforts, my hair would find a way to push through to the center of things.

On my first day at my summer job, I was greeted with pleasantries, smiles, and a lot of hands. Hands shaking mine, hands wrapping around me in a hug, and hands in my hair.

All reasonable questions, and questions I would happily answer — except for when I am being treated like a walking petting zoo.

I am usually very proud of the versatility of my hair; curly one moment, straight the next. In fact, I had been relying on this versatility to help me fit into this new culture. I was banking on blending in, not standing out.

On one hand, I was making friends and connections. Many of the people I met that first day at work were the ones who showed me the ropes of Seoul: how to take the train, where the grocery store was, how to order food for delivery. On the other hand, there was a constant reminder that I was not like everyone else.

At the bar with new friends: “Can I touch your hair?”

On the train with coworkers: “I have never seen hair like that!”

Reading in the park enjoying the sun: “Is that your real hair?”

But I learned to live with it, because I was really loving Seoul. I was making strides in my Korean and making new friends. All was well.

Then, my curls and I learned the hard way that Seoul’s monsoon season is no joke.

When it rains, it pours. And not a strand is spared in the downpour. 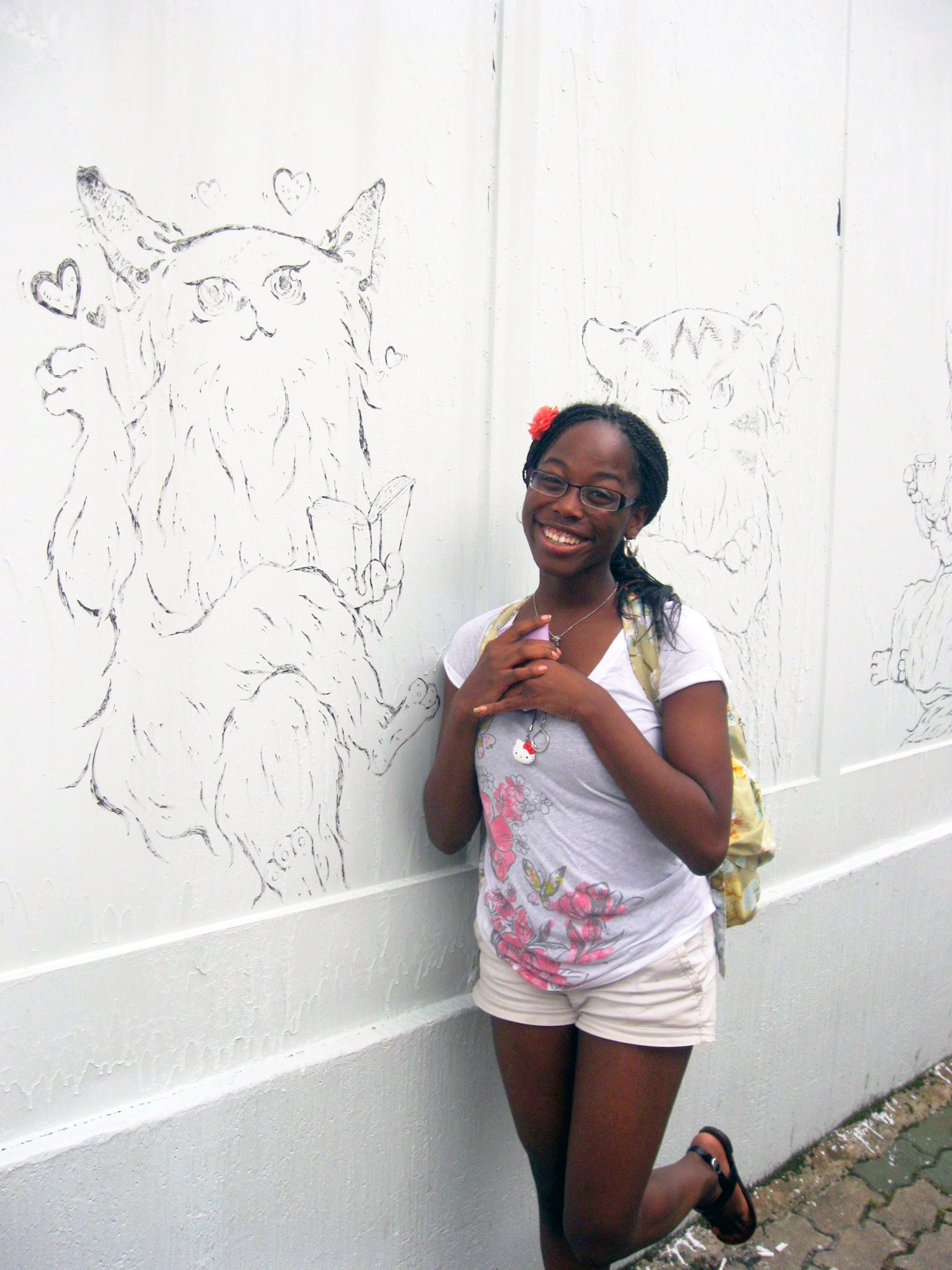 Which brings me to tip 2: Always bring an umbrella.

Remember all of that stretching and preparation done before installing Senegalese twists? I discovered that it is all for naught if water reverts your curls back. Without the straightened hair, your do will become a do not. Curls will stick out from every inch of every twist like zombies back from the dead. No mercy is shown. And, if you’re like me, all of the work you did to blend is instantly undone.

And the only way to fix it? Take out the twists and reinstall them, which takes many hours and many dollars. (Note: Usually a light rain or mist does not cause problems. But if you are trying to blend, the safest bet is no water on your hair at all.)

I did not know about reversion, and I thought for certain my natural tresses were protected under the twists. When the first downpour happened, I welcomed the cooling effects of the rain. I tried to dodge being drenched, but did nothing to protect my hair.

When I got back to the dorm, I finally looked in the mirror, and was horrified to realize that every inch of my head was covered in frizz. My kinks were back, and with a vengeance. I nearly burst into tears. I could see no way of getting the look I once had back.

I tried to embrace the look for the rest of the trip, but it was hard as with my new “look” I received more attention and inquiries than before. So much for blending in. 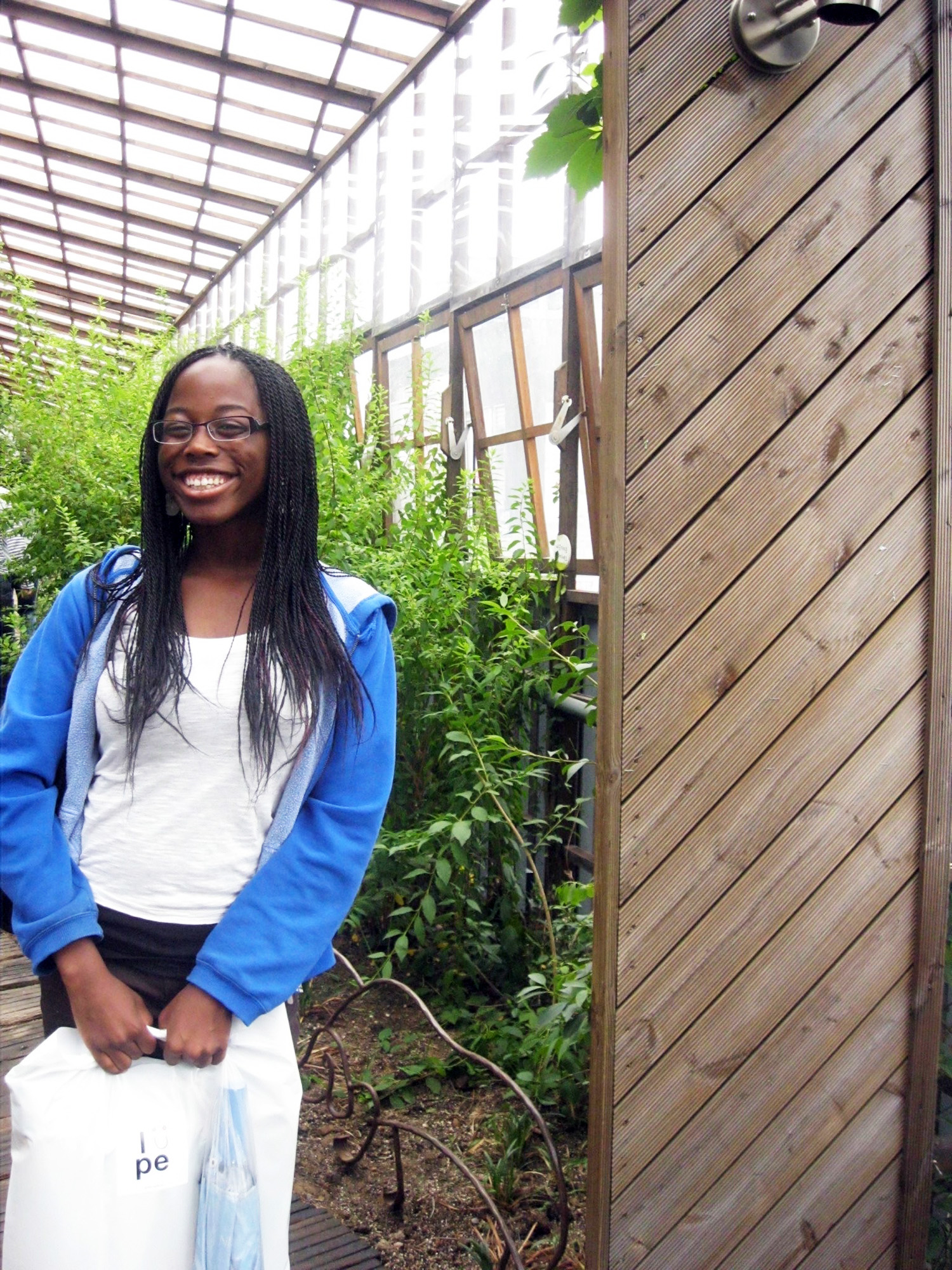 In South Korea, my urge to connect with other black folk was inescapable.

I would spot the curls and take off towards them, looking for a bit of home. I was used to DC, where kinks abounded and there were many faces and heads that looked like mine. I was not prepared for this sea of straight and fine locks.

I appreciated the connections I was making in Seoul. I was coming to see my hair as a conversation starter and instigator. But it was nothing like the connection and elation I felt when I spotted another person with kinky hair out and about, and rushed towards them with relief.

Despite my “disguise” — and especially after the demise of my disguise by the rain — I was my hair and not much more. The new people I met and the new experiences I had were all wonderful, and I remember them fondly. But in each memory there is also a hair moment that accompanied the experience.

As I look back on it, I realize that in Seoul, my hair was the spotlight and the rest of me faded into black. This blackness made me feel lost, and without a space to belong. It might be why I so strongly sought out overt blackness during my stay.

Kinky hair and afros were lights back to home. 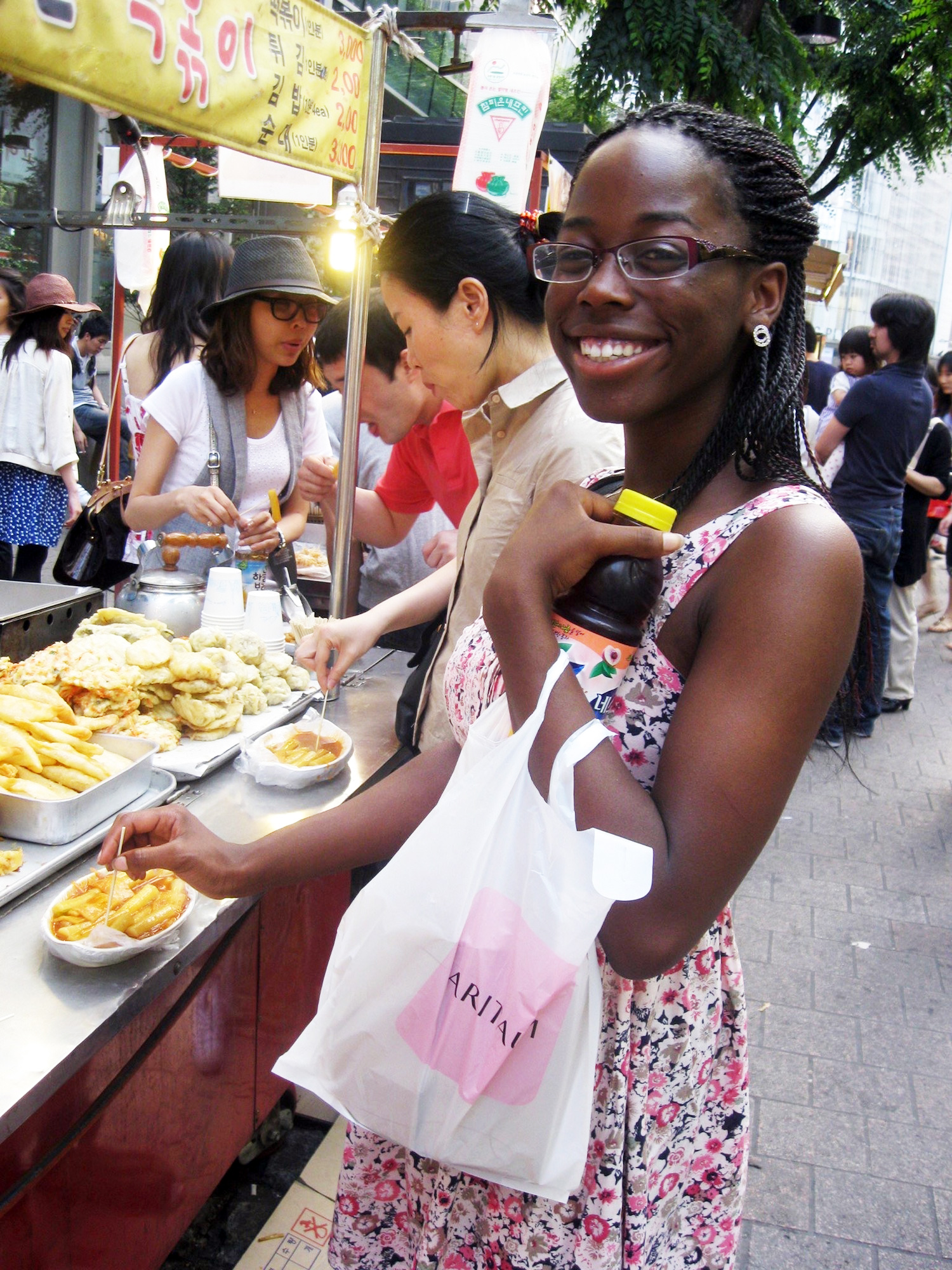 Towards the end of my trip, I was on my daily ritual of riding the train, dodging hands, and fielding questions about “What happened to your hair?” when I decided: enough was enough.

The disguise was coming off. My attempt at blending in had failed. I needed to grasp the spotlight on my own, rather than having it thrust upon me. It was time to truly come out of hiding. It was time to be the afro spotted in the crowd.

I was ready. I could be my own piece of home.

“My real hair is under here.”

That’s something I learned. Because I did, and it made washing my hair very challenging.

Although I did want the curls to pop, I did not want my hair to be in a damp state for days. So I knew I wanted to avoid drenching it in a regular shower wash. This could have been easily done if I had a spray bottle on hand, but I left most of my curly hair staples at home, both for packing and for (what I thought were) practical purposes, given that my hair was in twists. 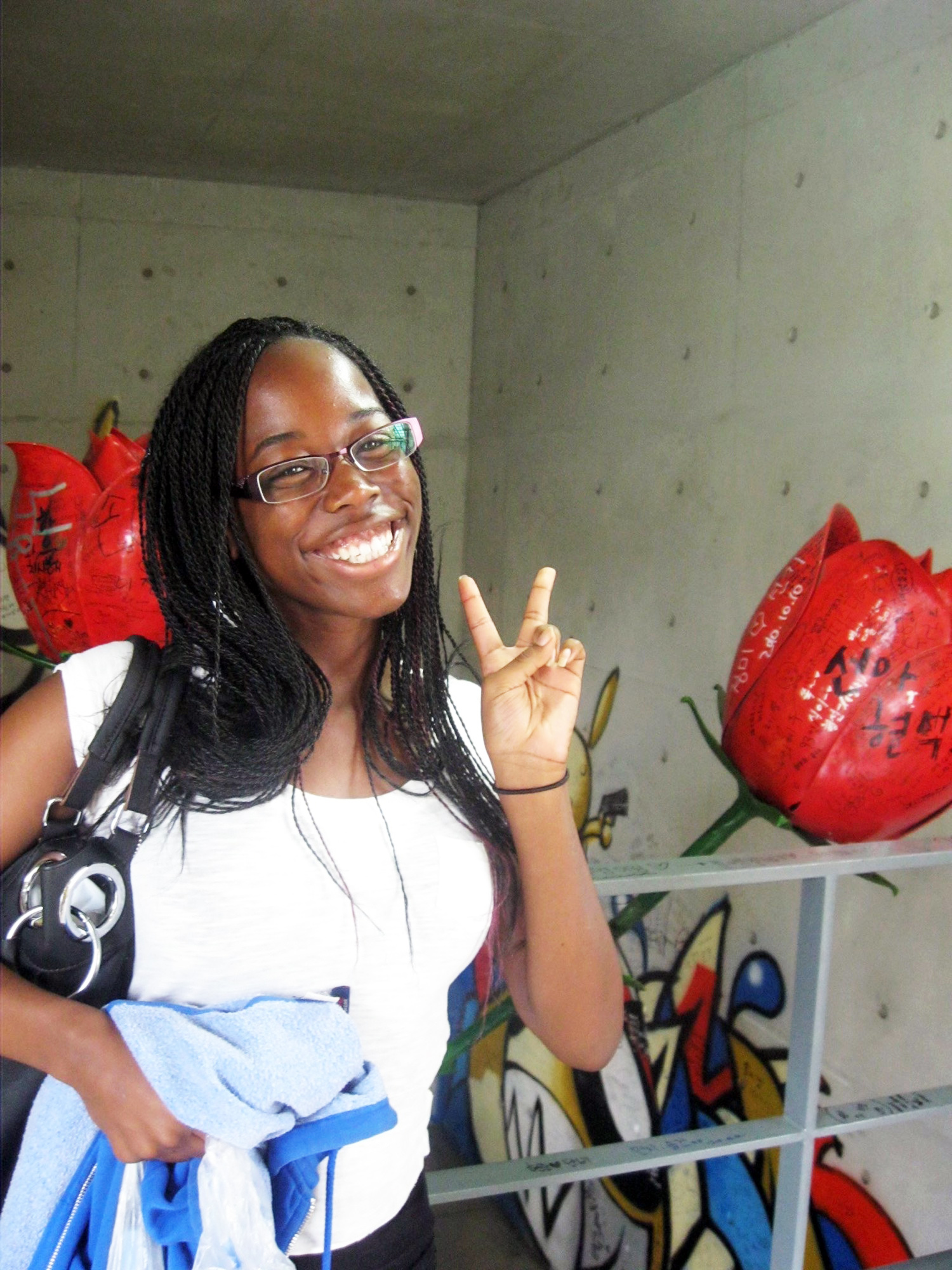 A spray bottle will allow you to have control over how much water you add to your hair. This is handy if you are looking to avoid reversion (as mentioned above) but still would like to clean your hair and scalp, and it is great for a general cleanse as well. A spray bottle also allows for the possibility of mixing and misting of on-hand products you might want to use during the cleaning process, like aloe juice.

And finally, tip 4: Know where to get what your hair needs (and what to do with it).

I managed to find both fresh aloe and pure aloe juice at the market in Seoul. Fresh aloe is the best, but I did not figure out a way to make it into a “juice” like those sold at the store while I was there.

I’d buy a fresh leaf and cut it, using the gel in each wedge to hydrate my hair as I went. I’d also add some of the gel to water to make a sort of “aloe juice” to spray on my hair daily. To keep the aloe fresh, be sure to cover the open end with foil or plastic wrap.

Note: If you’re buying aloe juice, make sure you’re buying pure aloe juice and not juice that is aloe-flavored (as I discovered that it was a popular juice flavor in Seoul!).

Apple cider vinegar, on the other hand, was not as easy to find in Seoul. It will take up pakcing space, but I would definitely recommend bringing a bottle of it with you if this is a part of your regular hair regimen. And if it’s not, start now. Apple cider vinegar is an awesome cleanser and clarifier for your hair. It’s simple tool that goes a long way in keeping your hair moisturized and healthy between wash days, and aids in water control on wash days.

During my last week in Seoul, I washed my hair so that the curls would pop even more through the twists.

I gladly fielded questions from strangers. And I promised myself that on my next trip, I would let my hair breathe and bask in the open. I wouldn’t hide.

And on the plane to my next adventure, I began to take the twists out, placing the loose strands in a plastic bag at my side.

By the time I got back home to DC, my hair was back to its wild state. The twists were in the trash and I was ready to face the world as me.

Read next: Traveling to Senegal changed my life – and my hair

Traveler. Teacher. Animal Lover. On the look out for the next great adventure. 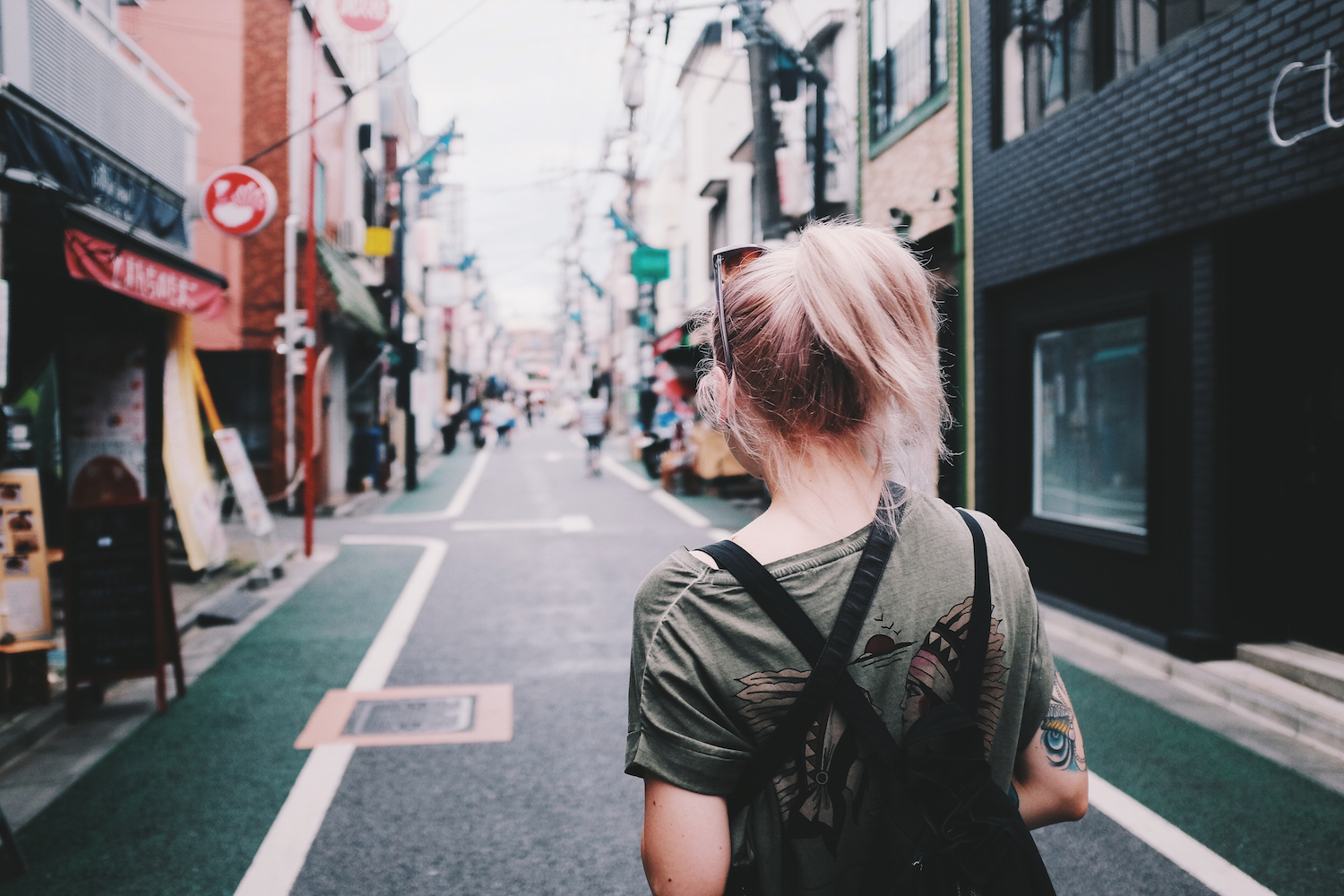 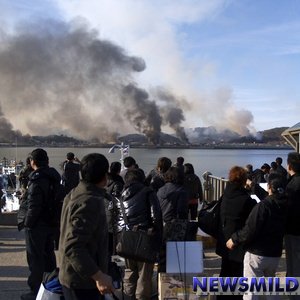 The Media and Our View of the World