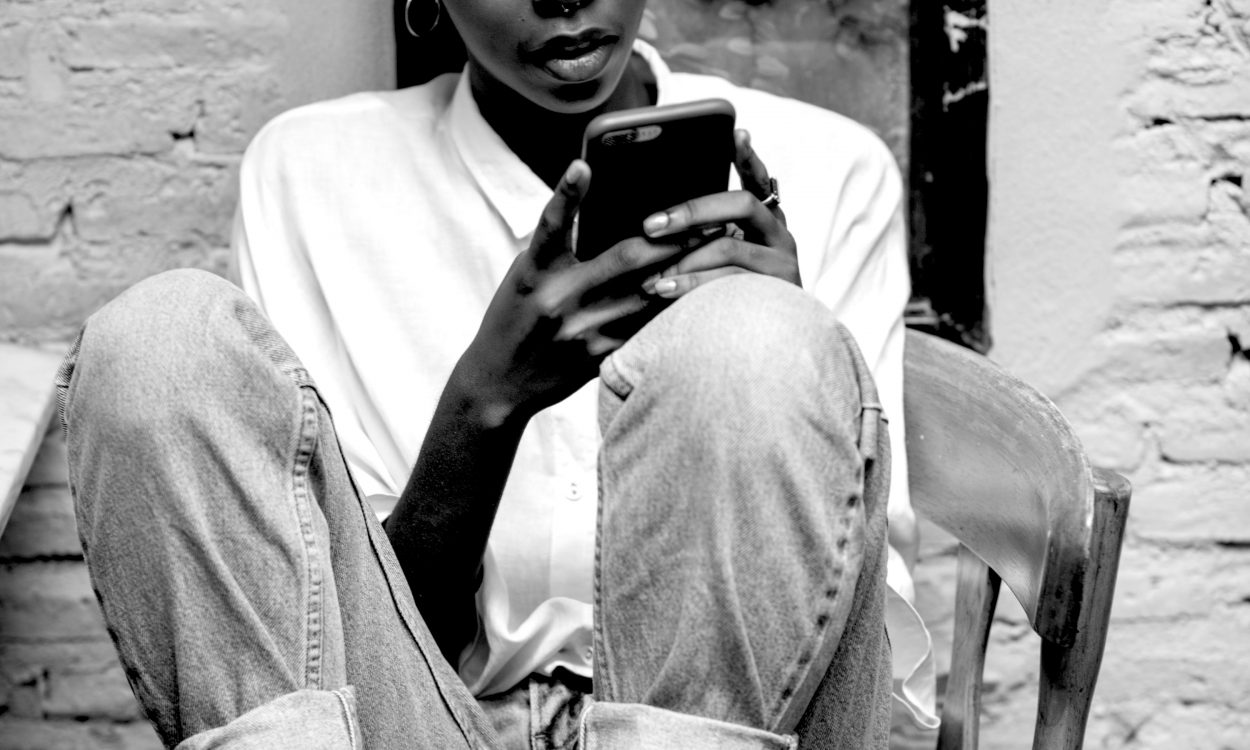 Editor’s note: While Wanderful supports our collective right to bodily autonomy, our readers’ safety is our priority. This includes safeguarding your internet activity from those who may wish to use it against you. If you’ve found this article and live in a state with abortion restrictions in place, you may wish to wait before going any further until you can set up a VPN or use a safer web browser. More on how to do that is below. Wanderful does not encourage or condone illegal activity.

Yesterday, the United States Supreme Court ruled in Dobbs v. Jackson Women’s Health Organization to strike down its landmark 1973 Roe v. Wade ruling and permit statewide bans on abortion across the country. It’s a shamefully meaningful day in the country’s history. Not only is this the first time that the Court has ever rolled back a right that it had previously granted (“and conferr[ed] it on the State,” wrote dissenting Justices Breyer, Sotomayor, and Kagan) but it’s also a grim reminder that the rights, privacy, and bodies of women, trans people, and nonbinary people are perpetually under attack by those in power.

At the time of the ruling, 26 states were on the cusp of banning abortion almost immediately. And while the FDA has authorized the use of telehealth for abortion medication—a glimmer of hope for people in those 26 states and beyond—some have already passed laws that prohibit its shipment. This means that people in more than half the country may soon have to travel out of state—assuming, of course, that they can afford to—in order to access what should be an easily fillable prescription or quick medical procedure.

Maybe you’re one of them.

If you need to travel out of state to get an abortion, here’s how to do it.

As mentioned, 26 states were certain or likely to ban abortion almost immediately after the ruling came down. Missouri, Oklahoma, Arkansas, and Texas all took steps to implement their bans almost immediately. And as of writing, abortion is now illegal or heavily restricted in at least 11 states. More either have pre-Roe bans or restrictions still in place or else have “trigger bans” which will likely go into effect shortly. A few more are also likely to pass restrictive bans soon. And though many legislatures are currently or will soon be adjourned on summer break, these numbers could change rapidly in the coming days, weeks, or months (or years—depending on when you’re reading this). That’s why it’s important to always know what the laws in both your state and any state you plan to travel to are.

To write this article, I reached out to Cathren Cohen, a former colleague during my time at Lambda Legal. Cohen is currently an attorney and scholar with the UCLA Law Center on Reproductive Health, Law, and Policy and co-producer of the Sex Ed with DB podcast.

“Always check the laws of your state prior to seeking any sort of abortion care,” she says. “From past instances of abortion and miscarriage criminalization, we know that people of color, low-income [people], and other marginalized groups who are already over-policed will be the most likely to face legal consequences for adverse pregnancy outcomes, so if you are in one of these groups, keep this in mind.”

When choosing where to go for your abortion, keep in mind not only the laws in the state you’re traveling to but also that state’s proximity to you (which can impact travel costs); the kinds of procedure(s) available (medication and surgical abortions have different recovery times, which can also impact cost and travel time); and other restrictions like state-mandated counseling or waiting periods (more on this below), parental involvement (if you’re a minor), or whether providers can even provide abortions for those who live out of state (without, for instance, fear of extradition).

“It is really important for people to assess their legal risks before they travel to obtain an abortion,” says Cohen. “Check the laws in your state and the state you are visiting […], visit If/When/How’s website for know your rights information, and be sure to contact their Legal Helpline [at 844-868-2812] if you fear you may face legal consequences for your abortion or any other pregnancy outcomes.”

But things aren’t entirely bleak. While many states have taken recent steps to pass more abortion restrictions, a number have done the opposite—working toward enacting policies to expand abortion access.

“If you are planning to travel out-of-state for abortion care, it may be wise to choose a state which has strengthened protections to prevent criminalization, civil liability, or sharing of medical records to be used to criminalize abortion care,” says Cohen. She names three that have particularly good legislation on the books:

But there are certainly other states where abortion is legal and that have their own pending pro-choice legislation. That’s why it’s important to do your research before choosing where to go.

Here are some resources that may be useful when researching where to get your abortion:

As mentioned above, digital surveillance should be a real concern for people who live in states with abortion restrictions. Many tech companies already collect, store, and sell user data, with few federal regulations in place to stop them. This means that it’s not out of the realm of possibility for law enforcement to get its hands on things like internet search histories in cases of miscarriages, stillbirths, or pregnancy termination—it’s even happened before.

“Take steps to limit the digital record when you are seeking information or abortion care,” says Cohen. “If possible, coordinating care offline is better than using the internet. […] Use encrypted texting apps, be very careful about saying anything in email, and avoid sharing information on social media sites [like Facebook] with a record of giving authorities access to private information.”

Lisa Ryan, former senior writer at The Cut and current head of newsletters at Insider, has outlined a list of steps that you can take to keep yourself safe online while planning your in- or out-of-state abortion, ranging from simple to more extreme. Writing Fellow Bindu Bansiath and Senior Writer Katie Heaney have also outlined further steps that you can take.

While nothing is guaranteed, taking some or all of these precautions is a great step toward ensuring your safety.

Some activists and data privacy experts are also calling on people who think they could potentially need an abortion in the future—even if not now—to delete their period tracking apps.

“There is a record of period tracking apps sharing and selling people’s private health information. Currently, period-tracking apps are not subject to federal health privacy protections, like HIPAA,” says Cohen. “From prior cases of abortion and pregnancy outcome criminalization, we know that law enforcement uses digital information, including health records, search history, search engine caches, text messages and e-mails, and more to investigate people for criminalization.”

That said, Clue (which I have personally used for years), seems to be committed to keeping its users’ personal data safe.

Planning an out-of-state trip to get an abortion comes with obvious financial costs. That’s why it’s a good idea to think about which abortion procedure will work best for you and also check if the state you plan to go to has any kind of waiting period regulations—as both can impact the amount of time you’re away from home. Factoring in recovery time, a potential waiting period, appointment scheduling, and travel days (depending on where you’re traveling from) mean you may need to plan to be away for as long as a week.

“Medication abortions take several days to complete and bleeding and cramping may prevent the person from traveling during that time,” says Cohen. “In contrast, aspiration abortions and D&Es take place wholly in-clinic and are one-day procedures.”

A medication abortion is typically completed within 48 hours, though you may experience cramping and bleeding for a few days to a few weeks after. A surgical abortion usually takes under 20 minutes, with cramping and bleeding for up to two weeks after. Most people can return to normal activities one to two days after either option. In total, that puts you at three to four days of recovery for a medication abortion and just over one to two days of recovery for a surgical abortion.

As of June 24, 25 states had abortion waiting periods. These waiting periods mean that a patient must first visit a provider and then wait a specific amount of time (usually 24-72 hours) before getting the procedure. Waiting periods can complicate travel and make an out-of-state abortion even more expensive, as you will have to book any planned accommodation for even longer.

Speaking of accommodation (and beyond), it’s extremely important to be careful about who you disclose your plans to—whether it’s your Airbnb host, the concierge at your hotel, or even your Uber driver.

“Laws like Texas’s SB 8 allow a lawsuit to be initiated against anyone, living in Texas or not, who helps someone obtain an abortion that violates their state law,” says Cohen. “Part of the goal of this vigilante enforcement scheme is to scare people out of helping abortion patients out of a fear they could be sued and fined $10,000. This scare tactic may be effective against companies like hotels as well; we will have to see how it plays out.”

Between the costs of travel and accommodations—plus any potential childcare, pet sitting needs, and missed work—planning an out-of-state abortion can quickly become expensive. But there is help:

Take care of yourself

For many people, getting an abortion is a difficult experience. For many others, it’s a welcome relief. Either way and if you’re able, consider bringing someone you trust along with you to help while you recover (and ensuring that they take the same steps to protect themself from digital surveillance). If you can’t bring someone along, consider looking into connecting with locals wherever you’re headed. Many groups of travelers, in particular—like the Wanderful community—are stationed around the country (and world) and available to offer connection and support.

Things feel bad right now. I won’t pretend they’re not. This ruling will have significant, far-reaching impact across the country immediately and for decades to come, in particular on Black and Indigenous communities and other communities of color, on people with low income, on people in rural communities, on people in the Midwest and South, on disabled people, and on so many more. But take it from me—someone who is anything but an optimist—this is not the end. Advocates and activists have been preparing for this, and the fight for safe, accessible reproductive healthcare, bodily autonomy, and privacy is far from over.

If you’re here because you or someone you know is in need of an abortion, I hope you find this useful, and I hope you are able to access the support you need. Our connection and community are our power. And no matter how hard they may try, they can’t take them from us. 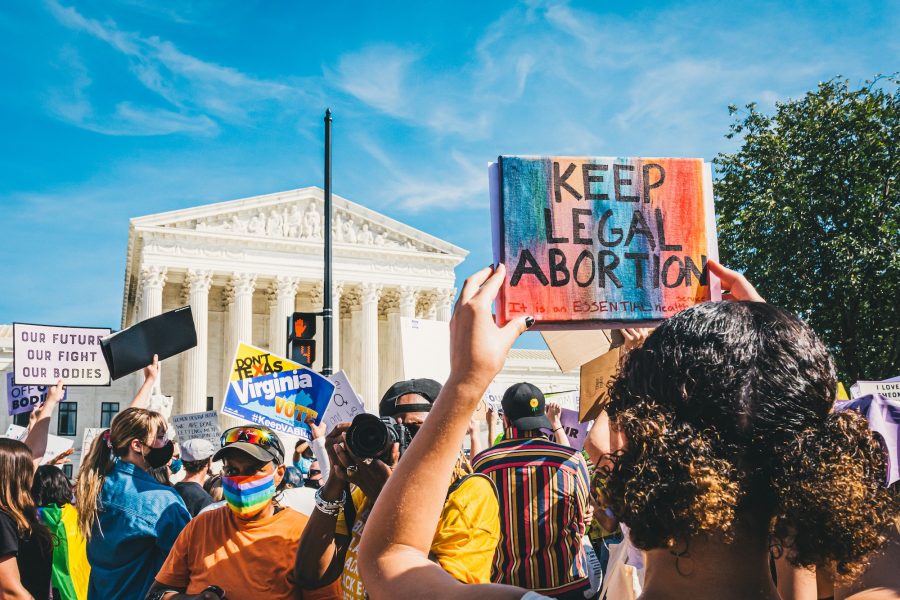 Why Abortion Rights Should Matter to Travelers