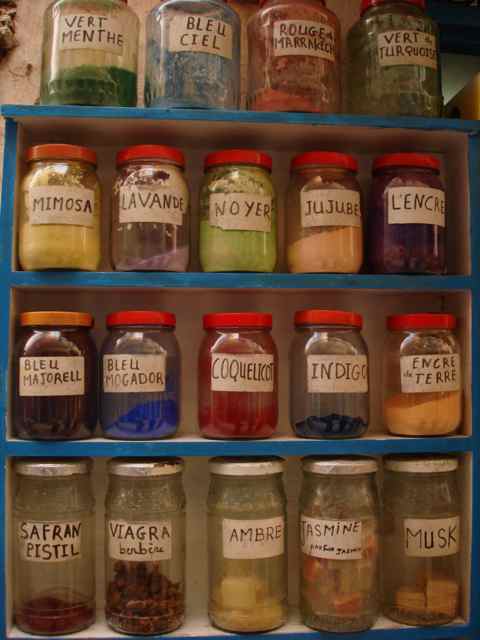 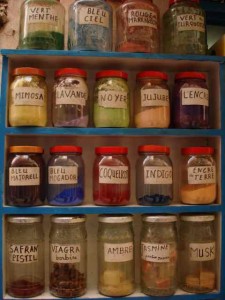 “God wiling, things will work out.”  That’s the phrase you’re most likely to hear no matter where you travel in the Muslim world.  “God willing, I’ll meet you in Fez.”  “God willing, I’ll have the money later.” “God willing, I’ll go to school tomorrow.”  There are always references to God, aka Allah, no matter how liberal-minded a family or person is or seems to be.  Perhaps it is an American affinity to equate religion with conservatism, but this idea always takes me by surprise.  For a mother in the Medina, my host mother, Mami, seems to be quite open to change and difference when she professes her views on education, society, and politics.  She wants her children to be able to get a good education and succeed in life, and she allows them to “benefit from their youth”, as she put it by allowing them to buy whatever clothing suits their fancy.  For my host sisters, that means the skinny jeans, leggings, and tunics worn by most American teenagers.  While there is still a more conservative spin on how they dress compared to many average teenagers in the United States, they are still far more free in their dress than what I thought they would be allowed to do before arriving.

But aside from the political perspective on clothing and other matters, Moroccans also have an interesting connection with superstition and tradition.  My first lesson in my homestay family in Rabat was on religion and that people should follow the “good path” as my host mother put it.  When she brought out the French/Arabic Quran, I thought for sure that my fears of my host family attempting to convert me to Islam were actually becoming reality, but instead my host mother simply wanted to show me what she meant by the “good path” and wanted to help me start learning Arabic.  While her second intention failed miserably at the time because I had not remembered enough of my French at that point, she definitely succeeded in the former.  Muslims, at least as my host mom explained to me, followed the “good path” by following the means of living described in the Quran.  However, as she sees it, that doesn’t mean you have to follow every exact detail as written because “le facon de vivre a change [the way of life has changed]” but the general idea of what is being communicated has not: Don’t worship anyone or thing but God, Allah, give money to those less fortunate, fast, pray, and go to Mecca if you can.  In these basics, it doesn’t say what type of clothes you have to wear, but it also doesn’t mention anything like the “hands of Fatima” that you see throughout the Arabic world.

Guarding against the Evil Eye and warding off bad luck are things that no one would want to do without (if you believe in such things), and Muslims are no different from anyone else.  Despite the fact that Allah is supposed to protect everyone and everything from harm, if he wills it, there are still shops with plenty of the Hands of Fatima and Senegalese shell necklaces to protect the wearer or bearer from harm, and there are still people, aside from tourists, who buy them.  I went into one of these shops with a friend as we were wondering the Souk one night, and after a little bit of socializing, I asked the owner if he believed in such things.  He said that they were nice things, but said firmly that only God can truly protect someone from harm and only if he wills it (insha’allah).  Mami had given me one of the Senegalese shell necklaces a couple weeks prior and strongly encouraged me to wear it to protect me from harm.  So the shop owner’s response was slightly unexpected after having witnessed such a positive attitude towards the charms.  But since Morocco is so widely diverse, I should have known better.