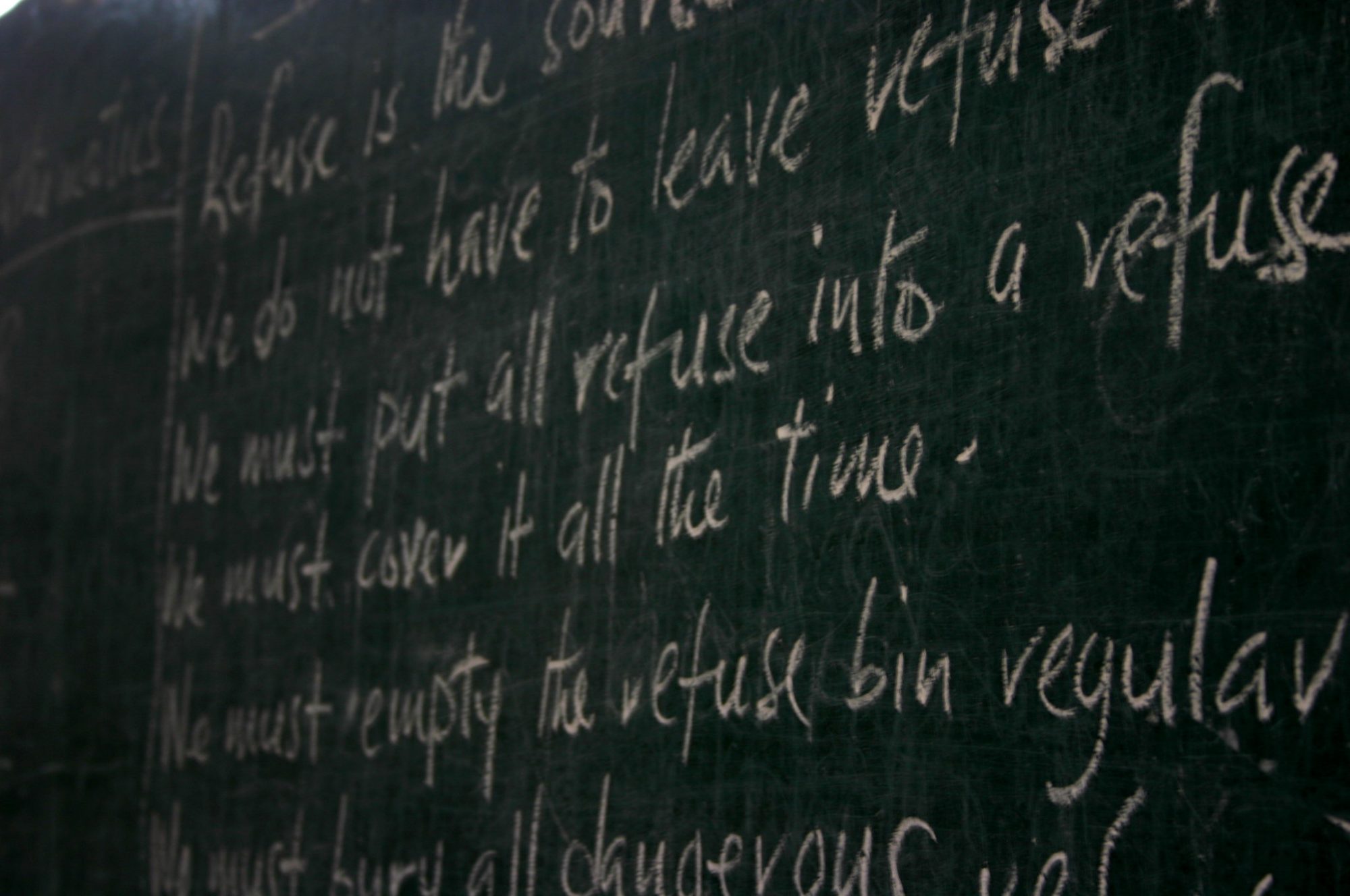 The Tuskegee International School, where I would be teaching for the duration of my stay, seemed to be barely a school at all. Surrounded by tall walls painted with murals of children in classrooms, the interior of the school compound was nearly empty. From the entrance to the compound you could see into nearly all of the classrooms because most of them did not have walls, just bamboo and steel rods supporting the roofs. The classrooms formed a U shape creating a courtyard in the middle of the school where students were gathering before classes began. I hesitated to go further into the school but was quickly approached by Charles Yafroh, the headmaster, who brought me into his office.

As the students gathered for their morning assembly in the courtyard Charles introduced me to the school. There were approximately 120 students, ranging in age from three to fifteen and eight teachers, one for the nursery, two for the primary age students, and the rest taught individual subjects to older students. All of the students wore green uniforms and eyed me curiously in my jeans, t-shirt, and sneakers. After a brief introduction school began and the students headed towards their classrooms.  My first night in Ghana I had nearly fallen into an open sewer and in my first class I faced a room of twenty-five six-year-olds. The two experiences seemed strikingly similar.

The classroom had no teaching materials beyond those that the government sent and was overcrowded with students. Three long tables formed a U shape and two long tables inside of it faced the front of the classroom. A chalkboard at the front of the classroom held the day’s lesson and some of the students had their own chalkboards or notebooks. Packed into the little room, my students fought for space, often bumping into each other. I scrambled to get and hold their attention for the remainder of the day. It was exhausting, every time I thought I had the room under control someone would steal someone else’s pencil and the room would erupt. I didn’t know their names so getting the attention of any one student was impossible. Finally, I decided that teaching an American song might be my best option; at least it would allow me to sit down. I taught my students Ten in the Bed, a song that I had learned at their age that is suppose to teach you about math:
There were ten in a bed
And the little one said
“Roll over, roll over!”
So they all rolled over
And one fell out.

There were nine in a bed
And the little one said
“Roll over, roll over!”
So they all rolled over

And one fell out…

The song kept them entertained for about twenty minutes, it seemed like a great triumph. With the help of another teacher I taught the rest of the day’s lesson and was happy to see Ishmael waiting to walk me home.
My first days were a blur as I taught and observed classes. Just a few days after my Ten in a Bed triumph, while observing a science class, I was asked to lead a lesson on HIV/AIDS prevention. I hesitated to teach what I imagined to be a very culturally sensitive subject. While I was sure that I could handle questions about prevention and transmission I wasn’t sure that my personal beliefs about safe sex rather than abstinence would be appreciated. I politely refused to teach the lesson, but stayed to observe the class. Following the government syllabus the lesson was similar to one that I would have received at home. The teacher demystified student’s belief that kissing might transmit AIDS and spoke about the importance of single use needles and razors. I began to think that I had spoken too soon and should have taken the opportunity to become more engaged with my students. As we came to the close of the lesson, one of the students asked if AIDS could be cured, the teacher responded that “of course, with prayer any disease could be cured.” I fought the urge to interject and was happy that I had decided not to teach the lesson.

Finally feeling as though I had gained the support and respect of the other teachers, I began to gain confidence in my own teaching abilities. I became more self-reliant and stopped wishing for the teaching tools that I didn’t have. I began to see what I did have; an expansive science lab located right outside my classroom where I could teach about the water cycle by watching the rain as it came towards our school and teach about the growth of plants by visiting our school’s garden every morning. Once frustrated by the fact that there were not enough books for each of my students, I taught without books all together, forcing my students to rely on their own knowledge rather than reciting what they read off the page. In many ways, I now see that day as a turning point in my experience with the Tuskegee School because it allowed me to see the school for what it had rather than what it lacked.

Breaking away from my assumptions about what a teacher, a classroom and a school should be, I began to re-evaluate my first impressions of the Tuskegee School. Where I had once seen empty classrooms, I began to see five-year-olds who read at a third grade level, inquisitive minds that were able to understand a world that they may never see. This insight spread throughout my experience and influenced the way I began to see Ghana as a whole. By the time I really seemed to understand and appreciate all that was being offered to me it was time for me to go home. 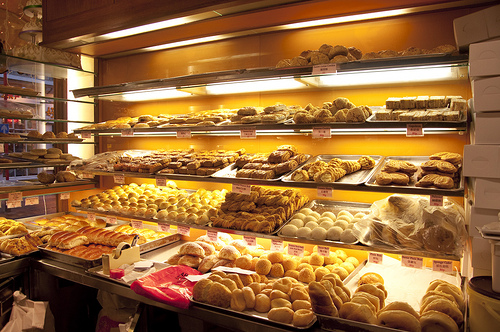 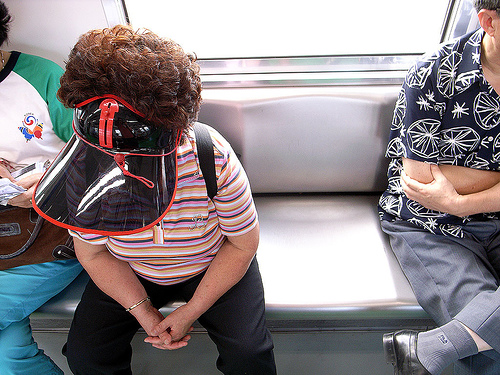 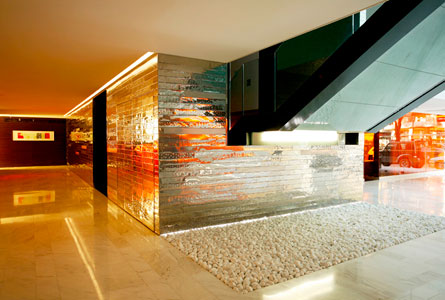