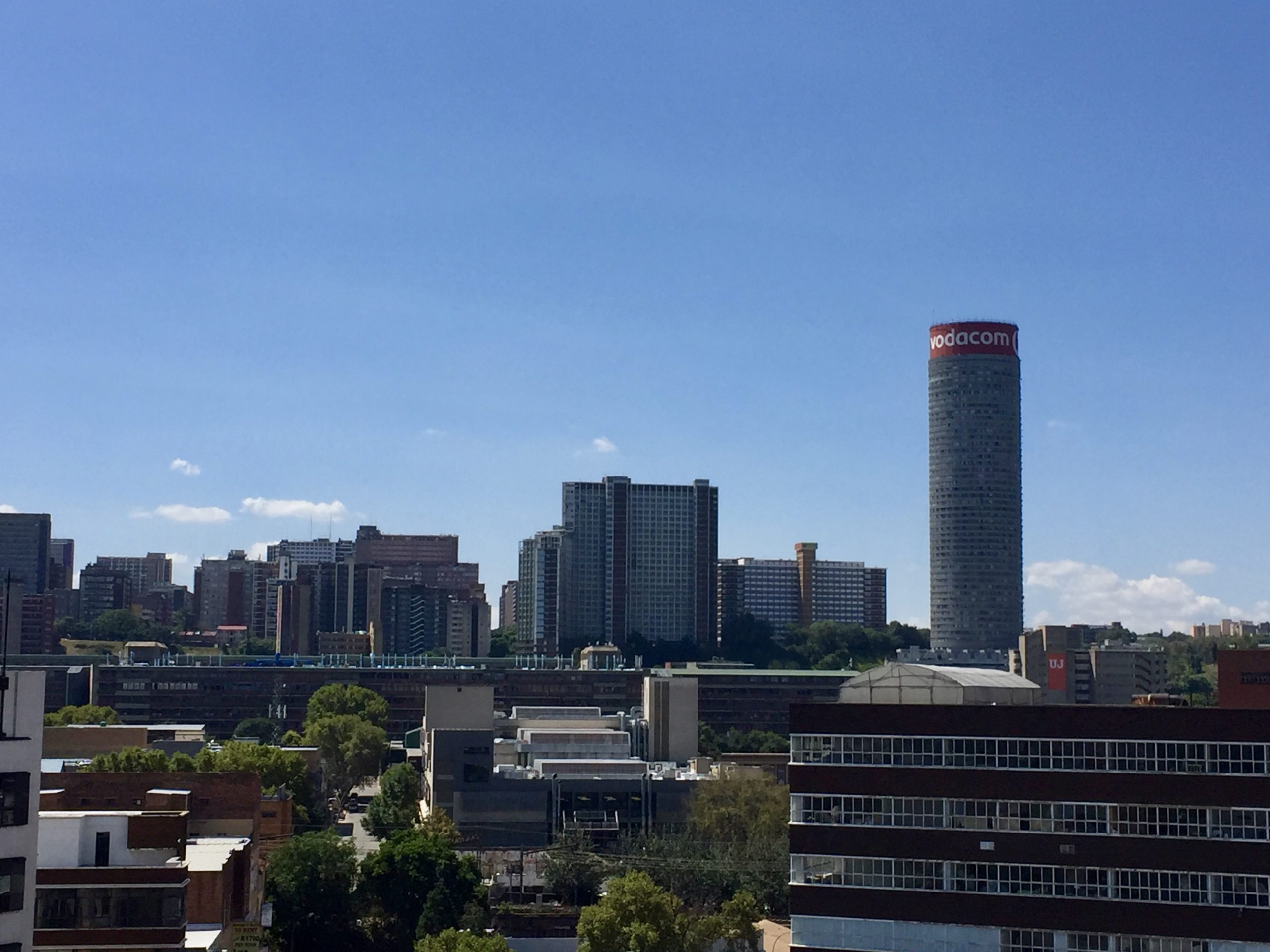 Traveling helps us learn about ourselves and our home countries, as much as it teaches us about other places and people. Miranda Moure explores racial identity across borders through her experiences as an American in South Africa.

“Yo, so Brittany isn’t even talking to you anymore? What happened?” There was definitely something I had missed between the last time I saw Brittany and now. I don’t know her that well, but black American women in Johannesburg tend to remember each other.

I first met her the last time I was in Joburg, about six months ago, and I remember her story was so similar to mine: she came for the first time and couldn’t stay away.

She kept coming back until she was spending more time here than in the states. I haven’t quite eclipsed that statistic, though this is my third time here within a year, and I’m not quite sure when I’ll leave.

“Man, honestly? I don’t even know,” Cora begins, shaking her head, “but I guess it has something to do with Jamal.”

Zandile sucks her teeth; she waves a hand as if shooing away an invisible bug, and with her brow creased, lets out a breathy, “no!”

Mbalenhle just laughs, as if this drama is all too much.

We’re all sitting around the dining room table in my loft, a furnished, short-term rental I had reserved when I was back stateside. The apartment is huge, easily four times the size of any studio apartment I’ve ever rented in the States, and is much nicer than the average South African is privy to.

Cora is also a black American. She’s been in and out of Joburg for about a year and a half and is one of the first people I ever met here.

She sips her beer and continues, first explaining that Brittany and Jamal had dated briefly a couple of years ago back in D.C. This was news to me, as although I didn’t know Jamal that well either, I knew he had left the states to move in with his South African girlfriend.

“Brittany and Jamal: they’re totally over,” Cora goes on, “They’ve been cool. But it’s like Brittany always has something bad to say about Jamal’s girlfriend Nonhle, and they don’t even know each other! But Nonhle identifies as black, and I don’t know. Brittany has some feelings about that, I guess.”

“Well, is she black?” I ask, but as soon as the words leave my mouth, I realize that between the four of us, we might have four completely different ideas about what that even means.

In South Africa during the apartheid era, the broader racial designations used by the white, colonizer elite were simple. Everyone fell into four basic categories: white, coloured, black, or Indian.

These designations, not inherently familiar to the populace, were forced upon them in order to enact a social hierarchy that put white colonizers firmly on top.

But people, as it were, defy this strict categorization, especially when it comes to defining them legally.

These categories were left broad by design. This allowed the government to both interpret them as they saw fit, and to force race upon those who fell into any racial grey area without question.

The legal burden of the government was that every citizen had to be assigned one race, but the fact that many people’s perceived race violated what was intended to be a simple arrangement was evidence enough that this abhorrent system was inherently flawed.

Racial designations in South Africa, in a legal sense, were used to determine tangible privileges: like where you could live or work, if or where you could be educated, or whether or not you could obtain a passport.

And because the stakes were so high, those who presented as somewhat uncategorizable created a problem that even the creators of this government-sanctioned racism failed to solve completely, but rather were forced to rationalize.

Odd and unscientific “tests” were performed to determine someone’s race, and so, in turn, their place within the social hierarchy.

But tantamount to how it was composed was the purpose of the hierarchy: to maintain the relative privilege of colonizers.

With this goal in mind, it’s easy to see how the minutiae and the striations of perceived race served no purpose lest it be to keep the white elite in power.

And this is why the fallacy of the construct of race, as the apartheid regime had themselves determined, was so intensely protected: dissecting it would have caused the fall of the regime. And this is, partially, exactly what happened.

The Construct of Race

In 1994, apartheid fell, but despite all of the hopes that the formerly colonized had for their brand new nation, the idea of race as an identity did not fall with it.

The construct of race, the very same one devised to subjugate, had become so commonplace and internalized that it still exists in South Africa today.

As an American, I understand this.

Though the notes may be different, the song is exactly the same.

In my own country, race is just a way of life. There, I know that I am black, and so does everyone else. That’s how race usually works — unlike ethnicity or nationality, people wear their race on the outside, exposed — and whether your race is something you determine or something determined for you isn’t something I had ever really questioned.

At least, not to the extent that I do here in South Africa, where I am increasingly wary of my comfort with the concept of race.

The activist in me knows that systems cannot be purified, that the only way for oppression to cease is to dismantle the systems that inform it completely.

Yet I cling to my identity as black and vehemently refuse to let anyone take it from me, even though I know that it’s a title that was assigned to me by a system of oppression that seeks to subjugate people who look like me to this day.

Technically, I am half black and half Scandinavian. This means that the average passerby in Joburg might assume I’m coloured, but I would never assume this identity for myself.

To my American ear, this word is a slur — a pejorative used to belittle black and brown people.

And on a more intellectual level, I have no ties to nor a holistic understanding of what it might be like to be a part of a coloured community in South Africa.

So here I have to tell people I’m black. It’s up to me to self-identify — to come out as black — a process that I’m somewhat unfamiliar with.

Self-identifying your race in the States is largely abhorred: those who deny their blackness are seen as turncoats and traitors, and those who appropriate blackness, criminals.

Though logically we understand that the entire construct of race is invented, we dare not turn from it lest we risk being seen, at best, as out of touch.

Thankfully my blackness isn’t in question this evening, but because of me, Nonhle’s is.

“Her dad is Brazilian, and not dark Brazilian, either. Like, freckles Brazillian,” argues Mbalenhle, who is South African Zulu, “I don’t know if she’s black.”

“She’s black,” asserts Zandile, “she’s Xhosa, even. She has a Xhosa mom, she was raised here.” Zandile is also South African Xhosa.

“She real light-skinned, though,” Cora chimes in, “I mean, she lives in Melville.”

“But she didn’t grow up in Melville,” Zandile reminds us.

Race is a little more fluid here than my own rigid understanding, and it’s frequently formed by several intersections of color and class, of parentage and tribe and nationality.

And while I don’t yet understand some of the intricacies of class structure here, I can extrapolate what I think is enough through my own American lens.

“Yo, she’s black,” I say, touching my beer bottle to Zandile’s in agreement, “Xhosa mom? Grew up in a black neighborhood? Dad is gone? y’all. She’s black.”

While the four of us don’t actually care whether Nonhle is black or not, we’re still more than ready to have these conversations.

We are willing to test how far race can stretch, to debate what it really means, and what it means to us.

While I believe that so much of how we understand race comes down to nationality and the constructs created for us within those nations, clearly there’s more to it, as neither the two Americans nor the two South Africans sitting around my dining room table can agree on what’s correct.

Our world gets smaller every day, our nations less homogenous.

And if our ideas and morals in other arenas have changed in that wake, wouldn’t it make sense that our ideas about race are changing, too?

Shouldn’t we be able to take charge of our own identities?

Race and Racism Across Borders

We hear tires screeching outside, we hear a scream. We all freeze. We hear the scream again, and we all rush out onto my balcony.

Six stories down, on the pavement, in the middle of the street, is a black man who lay unmoving, blood pouring from his head, staining the asphalt.

People are running from the corner, from the building across the street, people are yelling in Xhosa and Zulu and English and directing traffic around him.

We rush off my balcony and pile into my elevator, exiting on the ground floor. Zandile has called the police. Cora has called an ambulance. I’m screaming “don’t move him!” as someone wraps their arms under his and drags him from the street, his head lolling to one side.

“Yo! This dude got hit by a car! We need an ambulance now!” Cora is yelling into her phone.

Now laid on the sidewalk, we see him stir.

We all breathe a collective sigh of relief. I had seen the ambulance in the parking lot of the Jeppe police station from my balcony; it’s only a half a block away, so I figured we wouldn’t have to wait long.

But it takes another 45 minutes for the ambulance to come.

The paramedics sit him upright, bandage his head without so much as gloves, and haphazardly secure him to a board that they shove into the back of their van, and drive him away.

As the flashing lights move further down the road, we all slowly disperse, and the four of us head back inside my building.

We’re silent in my elevator; no one knows what to say, but we’re all staring at each other’s reflections in the mirrored walls. We’re all different sizes and all different colors, we have different accents and speak six languages between us.

But we know that no matter what we identify as, the world still sees us a certain way. We know that if it had been one of us down there, that it would no longer matter what passport we carry or what university we graduated from.

If it were one of us, we would likely be seen exactly the same way the world sees this man we just watched get unceremoniously shoved into an ambulance: as just another nigger dying in the street.

Read next: Being a US-born black woman in Senegal

Feature image courtesy of the author.

Saddled with the memories of everyone who told her she couldn't live her life traipsing around the world, Miranda Moure aims to be the woman to show you that you can. You can follow her on Instagram or check out her website. 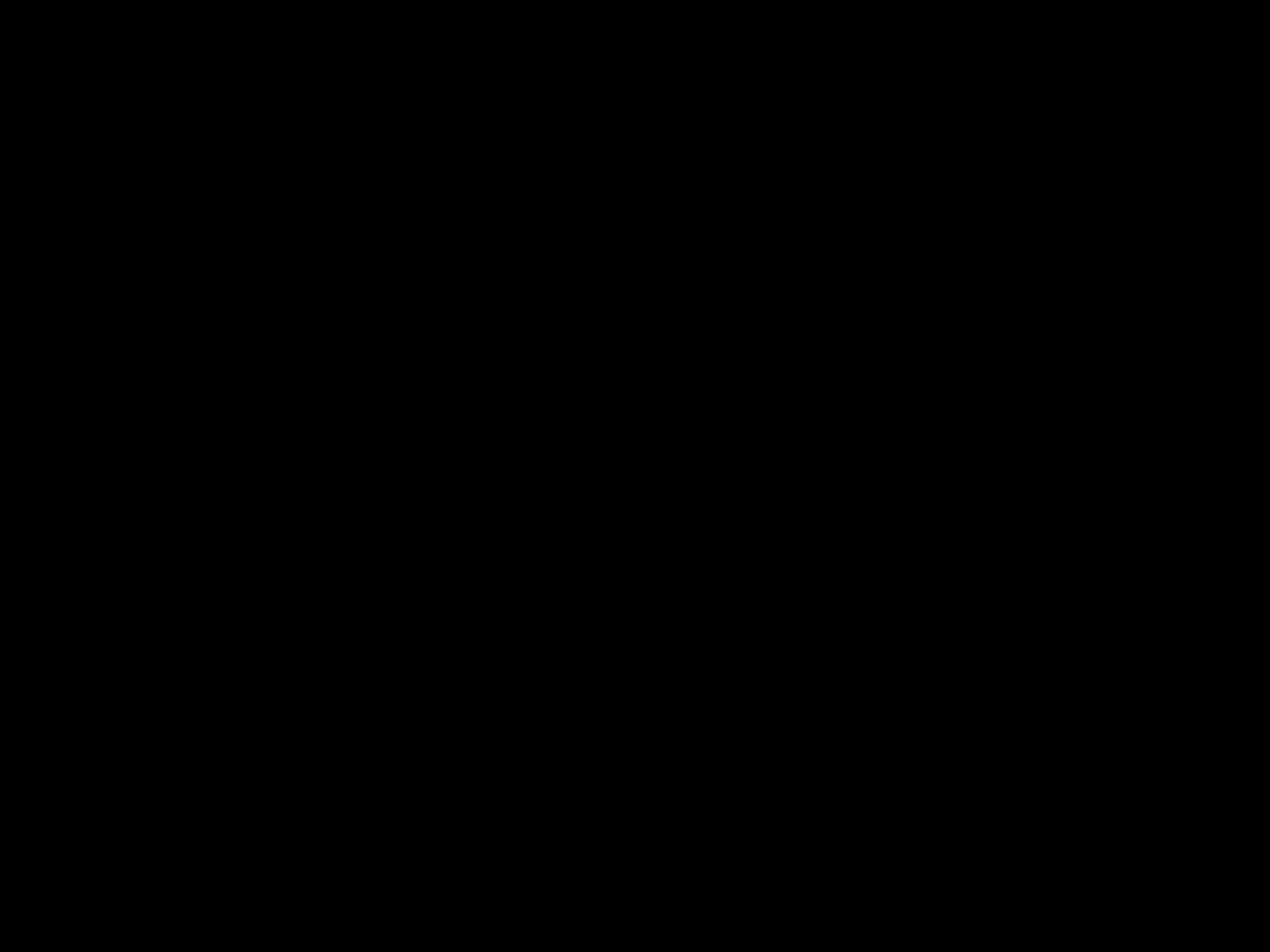 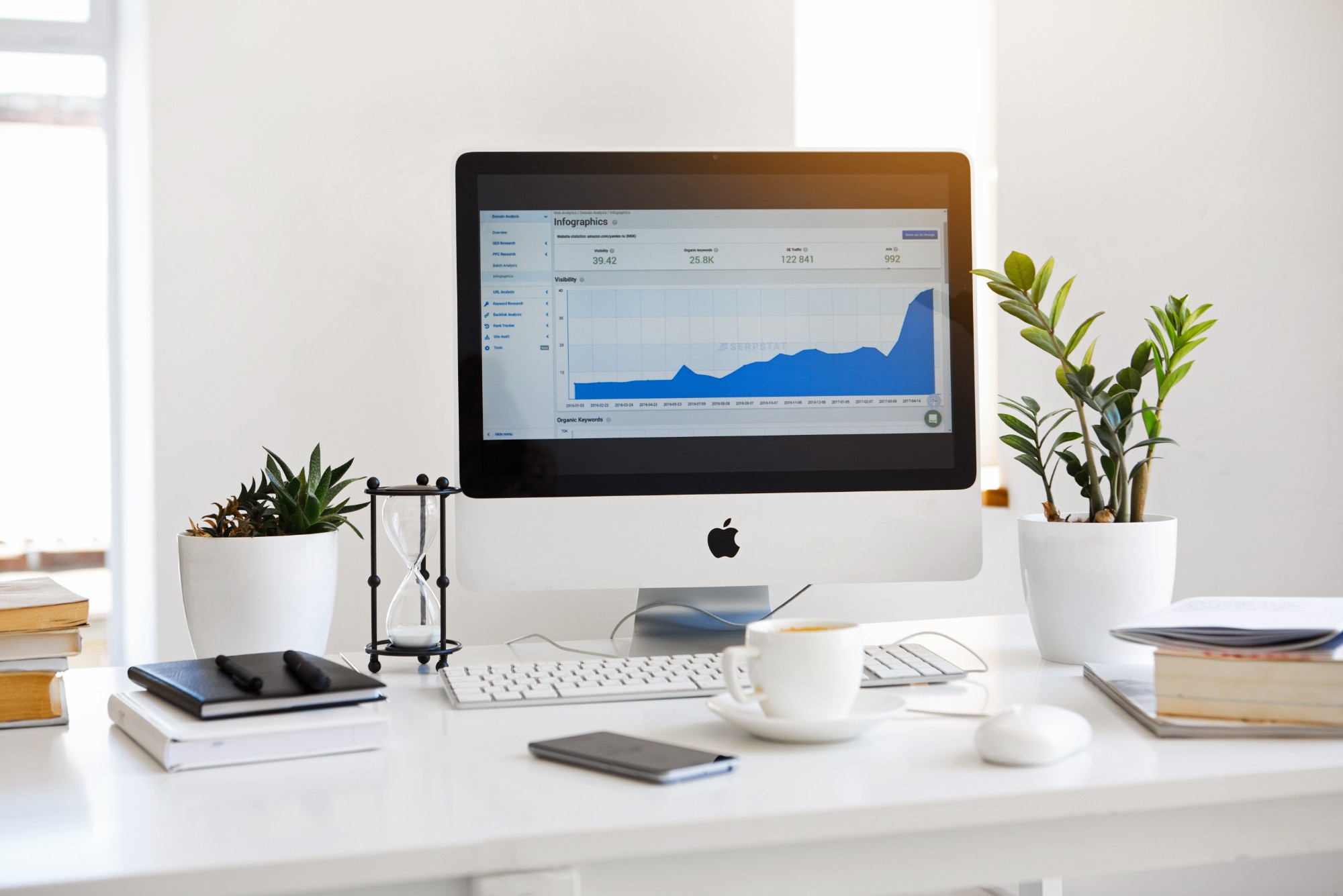 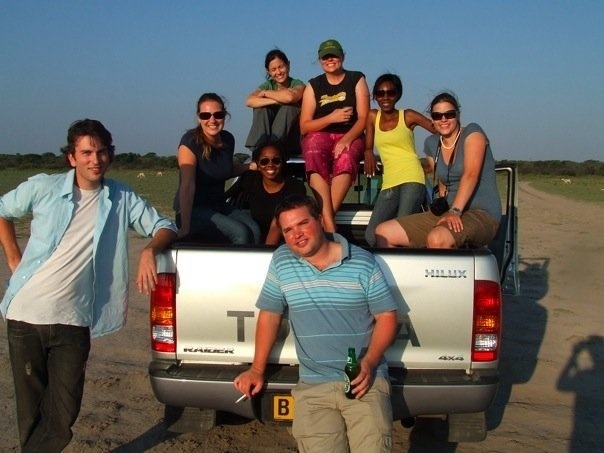 A Girls Guide to Hitchhiking Botswana and Zimbabwe, Part 1