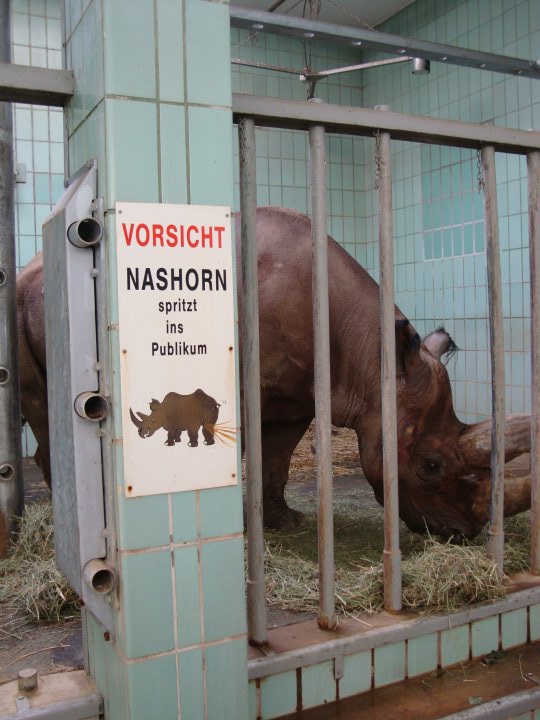 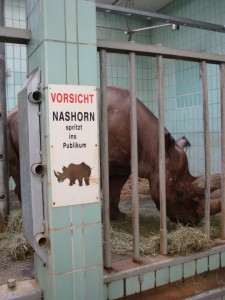 To pick my friend up from the airport at Frankfurt-am-Main, Nick makes me drive. I’m not sure which is more exciting: seeing my friend for the first time in two years, or getting to drive 160 kph (approximately 100 mph) without legal repercussions. The answer, of course, is that both are thrilling, and after a wait at the British Airways arrivals door, Jocelyn appears and we’re on our way to have spectacular adventures.

Since neither of us has spent much time in Frankfurt (read: any), we opt to have Nick drive around whilst I poke and prod at his GPS in an effort to find local points of interest. Frankfurt is a beautiful city with a very long history attached to it, and in the previous night’s Googling- a search string that strongly resembled “What do I do in Frankfurt?”- we had discovered that, among other attractions, the city boasts several old churches that are unique for a variety of reasons. We wind up deciding to visit St. Bartholomew’s Cathedral, a 14th century Gothic construction lurking in the middle of the city.

As it turns out, not knowing German is extremely limiting when visiting a German museum. The cathedral is divided into two sections- museum and active church- and, while there are many signs and placards covered in information about the artifacts on display, we can’t understand any of them. As a consequence, most of our time in the museum section is spent admiring the ancient stone walls and floors (the only surviving pieces of the original building, since it was ravaged by fire in the 19th century), the elaborate robes and chalices used by priests during coronations, and some phenomenally old Bibles and books. Everything looks cool, but our comprehension has hit rock-bottom.

These aren't even the most ridiculous crests on display that day.

Entering the church, however, we learn that there’s a lower place for comprehension to go. No placards anywhere, of course, but the building itself is sufficiently beautiful to command our attention. There are fancy chandeliers, exquisitely carved Stations of the Cross, and…crests?! According to Jocelyn, wealthy families who contributed to the construction or maintenance of churches back in the day would gain the privilege of hanging their family crests on the walls of the church. Instead of the gold lions, elegant crosses, and rams that are normally expected on family shields, however, the ones we see now are somewhat more…comical. Disembodied hands brandishing clubs, dancing pigs, and ornate chicken heads are among some of the more fabulous crests hanging on the walls of this prestigious cathedral. We spend a good ten minutes staring at them, while I lean over to Jocelyn- whose specialty is art history- and periodically whisper, “What the hell is that??” She periodically whispers back, “…I…have no idea.”

This is probably a portent of things to come. After leaving the cathedral, we decide to walk around the city for a little while before driving back to Nanzdietschweiler. Before long, we find ourselves wandering up to the gate of the Frankfurt Zoo, and after our muddled and superficial visit to the cathedral, the possibilities of seeing penguins and tigers are very appealing. Our 8 Euro fees paid, we begin ambling along the paths between the animal enclosures, discussing the animals we want to see. Early March in Germany is still fairly chilly, so many of our favourites are hanging out in indoor pens, waiting for the warmer spring air. Fortunately, these pens are still open to the public, so we are able to make our visit worthwhile. We visit the big cats, where a lion is lying at the front of his enclosure, intently watching as a toddler walks by with her parents, and the seals and the giraffes, and then I decide that we need to visit the rhinos.

Something to remember about wild animals: they STINK. When you visit them in open-air enclosures, or (better yet) out in the wild, it’s a little harder to tell this. Allow me to reassure you: when a rhino has been cooped up in a cement bunker all winter, and you go to visit it, your clothing will never smell the same. This is compounded by the fact that, as the only sign we understand all day informs us, the rhino at the Frankfurt Zoo will pee wherever it pleases…including on visitors. Shortly after we get into its enclosure, the rhino opts to demonstrate for us, and only our quick reflexes save us from becoming permanently perfumed. The first breath we inhale upon leaving the enclosure is the sweetest I’ve ever had.

By the time we get back to the car, we’re all hungry and tired, and Jocelyn and I sleep the entire way back to the house. And while over a late dinner we have much to talk about beyond our adventures, it’s hard to avoid discussion of the critical lessons we’ve learned from the day: accept that you won’t understand the flying pigs on an old family’s helmet, and watch out for the rhino urine. 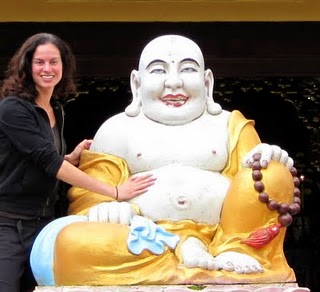 Being the child of immigrants can complicate your sense of place and identity. ...