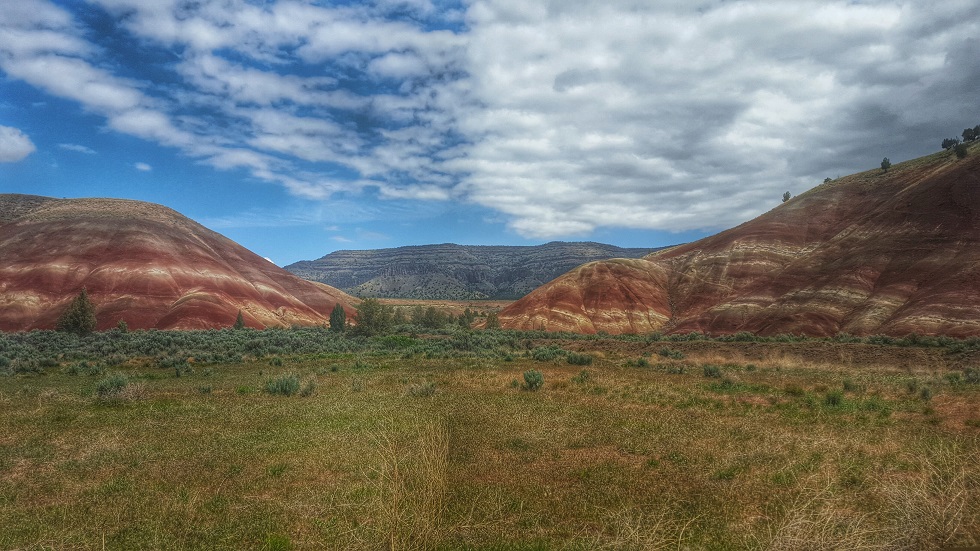 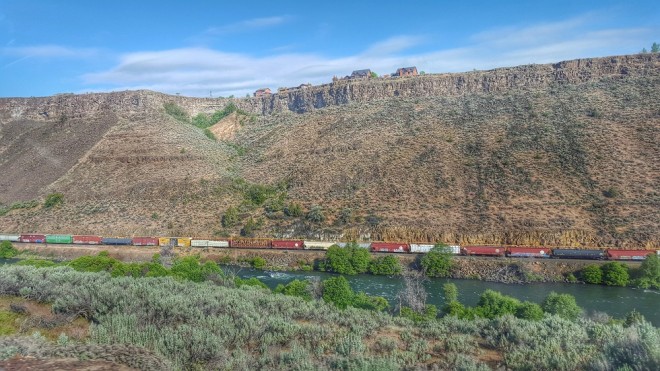 A train travels along the Deschutes River, as seen by a Samsung Galaxy S6 with Gorilla Glass 4.

On day 3 of our trip I got into a friendly conversation with our next-door neighbors, two elderly men who were taking a few days to fish the waters of the Deschutes River. They took active interest in our story of capturing the wonders of Oregon on our Samsung Galaxy S6 devices. They asked if we were from Oregon, and we said no.

Then, one of the men turned to me and said, “Well, how are you liking it?” I dove into a monologue about how I’d never been here before and how Oregon was one of the most beautiful places I’d ever visited, and had no idea that I would find so much natural variety in one state. He smiled and with a twinkle in his eye said, “Good. Now, please, don’t tell anyone else!”

It’s this simple satisfaction that I’ve found from many Oregonians. There’s absolutely no desire to boast about the gorgeous wonders of their state – the thick mountains that transform into rolling vineyards and rocky deserts, the salty ocean, the cute little postage stamp towns with friendly neighbors that go out of their way for strangers. In an Oregonian’s mindset, it’s better to keep this amazing secret – well, a secret.

That’s why when we happened upon the Painted Hills, known as one of Oregon’s seven natural wonders, the incredible hills themselves took us by surprise.

The Painted Hills – Another of Oregon’s best-kept secrets 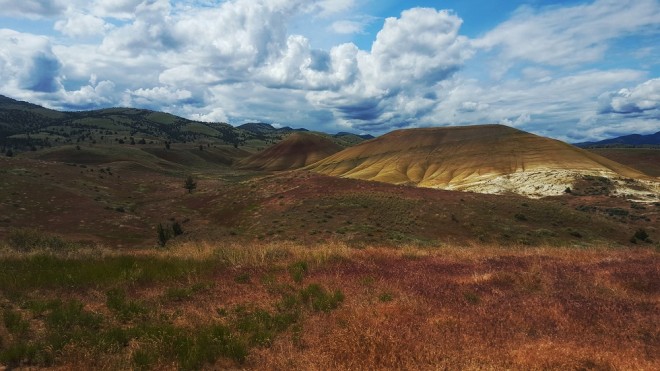 The Painted Hills, as seen by a Samsung Galaxy S6 with Corning Gorilla Glass 4.

On our way to the hills, we met a woman in a dusty SUV. She was road-tripping from Georgia and saw the Painted Hills along the way by happenstance. When she spotted them, she took a sudden detour. She had no idea that they even existed.

All I could think was,welcome to the club.

The Painted Hills are three units of the John Day Fossil Beds National Monument. The nearest town is Mitchell, Oregon, located nine miles away. The more than 30 million year-old hills are adorned with bands of mudstone, siltstone, shale, laterite and lignite, each formed in a different geological era, resulting in colorful stripes that look like they have been “painted” onto the mountains. 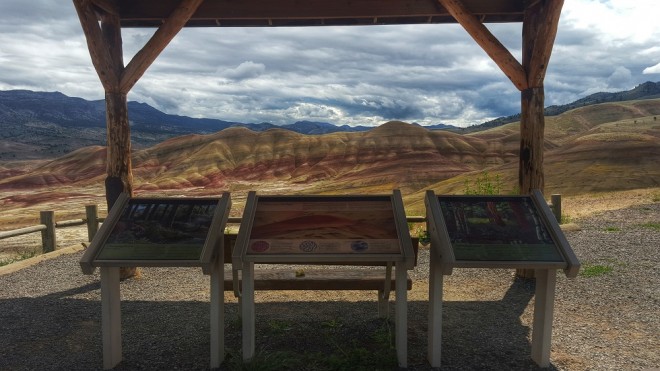 The hills are so dry that they are cracked through; tiny crevices that run up and down their sides. Because they are so fragile, visitors are prohibited from walking anywhere close to the hills themselves. Lucky for us, there’s a visitors’ area that’s part of the hills where you can walk on a boardwalk right next to some of the smaller hills to get a close-up view. 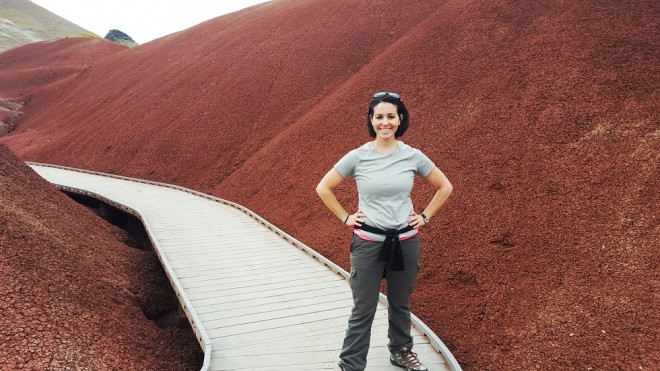 Beth in the visitors’ area learning about the more than 30 million-year-old hills.

The experience of being at the Painted Hills is absolutely sacred. There is little wildlife, so the air is nearly silent, except for today, when there was a constant breeze from an incoming storm. Check out this short video as I walk through the Painted Hills so you can get a feel for what it’s really like.

Tomorrow we’ll explore one of Oregon’s toughest drops, Smith Rock, which is a huge rock climbing destination. After that, we’ll take the car to Newport, a beach town about three hours away. We can’t wait to show you more “tough drops” around Oregon as we collaborate with Samsung and Corning Gorilla Glass!

For a Wandering Mind That Needs a Nature Getaway: “A Buzz in the Meadow” by Dave Goulson