The first time my neighbor spoke to me on the plane was during our descent into Albuquerque.  “That’s the Rio Grande,” she said as we flew over a twisting river. Hearing the words “Rio Grande” made me nostalgic for stories about wild youth traversing America that I’d read years ago in books written by Kerouac and Steinbeck. Then I saw the mountains and they stopped my thoughts.  They’re so tall and immediate they make you stop, literally. This pause provided by geography reminded me how small people are and the irrefutable presence of nature, like Japanese paintings where the human aspect is dwarfed by towering mountains made of ink strokes.

I was celebrating Mother’s Day and my birthday in New Mexico with my parents, a family friend, and her husband. I heard the story of our family friend finding out that my mom was pregnant with me.  And of course I learned some things about New Mexico.  During a guided tour of Taos Pueblo,  the oldest continuously inhabited community in the United States and an UNESCO World Heritage Site, I learned that the doors are painted turquoise for no universal reason, but the bright blue color does make it easier to spot the entrance on dark nights.  In Santa Fe, I learned that there are pine nuts growing in New Mexico.  They’re called piñones, and they can be found covering rolled confections and even integrated into a penuche like fudge called piñon uche.  Some travel advice I had going into exploring Santa Fe and Taos came from another family friend.  In her run down of Museum Hill in Santa Fe she mentions drinking chili mocha, made with chili fudge from Señor Murphy’s.  Instantly I wanted to try that drink (actually I really just wanted the chocolate) and I was delighted to find Señor Murphy’s items for sale in a shop in downtown Santa Fe.  I asked the cashier WHERE Señor Murphy’s store was.  She knew where but kept referring to Señor Murphy as Charles, and she told me it was just two blocks away and to the right.  I found the shop but the chili fudge was no longer being made, bummer.  I asked the cashier at Señor Murphy’s about what they did have a lot of, pine nuts! She told me that the the pine tree, which produces pine nuts, grows in the area.

Returning to downtown Santa Fe that night was a different experience.  The streets were practically devoid of people, and all the shops were closed.  We ate a satisfying pizza pie at a pizzeria voted best by locals with only one other family in the whole joint.  Then we walked to the central plaza again. During the loop back to the car I noticed lights on in a row of windows on the second floor.  Looking up, I saw tin ceilings and tables set with salt & pepper shakers (that’s how I knew it was not someone’s living room that I would’ve liked to crash for dinner but a restaurant) and signs with upward pointing arrows and the words “Bar & Grill” painted on them.  The next night, without the Internet, we employed the old-fashioned way of researching a restaurant.  We drove downtown and parked in front of the mildly mysterious Bar & Grill arrow up (Parking also in front of motorcycle. The owner was eating dinner above in the same window I’d spied the night before, watching every tire rotation, and gave us a thumbs up when all was said and parked).  We read the menu posted outside the restaurant and decided to go up. I spotted a table next to the windows opening onto a balcony with flower boxes in bloom. Our table.  And my favorite meal of the trip.  If I may quote the San Francisco Street Bar & Grill, I had “Roasted Butternut Squash Ravioli: Ravioli stuffed with squash, mushrooms, & ricotta cheese all tossed with fresh sage, brown sugar, cream, butter, & pine nuts. Served with a dinner salad & ciabatta roll.”

Back home on a 90 degree day, I made browned butter by putting four tablespoons of butter in a pan on low heat until the liquid butter began to have a brown color (this is before burning butter — any longer and you’d have burnt butter).  Once the butter began to brown, I added six to ten sage leaves and immediately removed the pan from heat. I stirred in a teaspoon of brown sugar, a quarter cup of cream, and half a teaspoon of salt. MMMM. The sage was pungent and the sweetness from the brown sugar was present and balanced well with the salt.  With butternut squash ravioli beneath and a sprinkling of pine nuts on top, the dish was complete and very delicious.  I’d successfully made a second helping of San Francisco’s Street Bar & Grill, Chicago style (no mustard or ketchup). 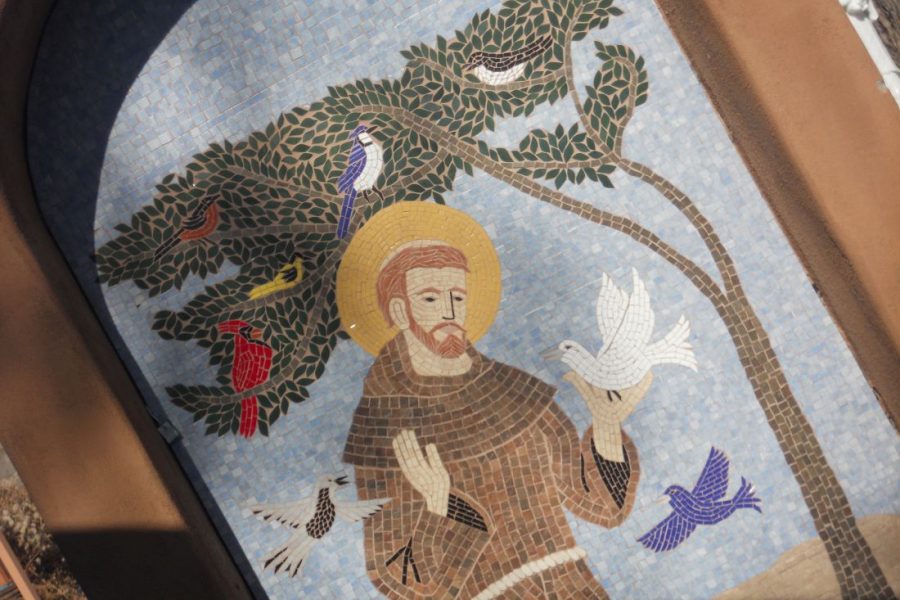