In Guatemala I came to realize that I could depend on encountering particular things while in the land of the eternal spring. Orchids growing on city trees, dozens of air plants fallen from their branches and from their cousins’ branches in the jungle surrounding the Mayan ruins at Tikal, the thwap thwap sound of tortillas being flattened by hand, incredibly colorful textiles on person after person, and desayuno tipico (typical breakfast).  The one thing I didn’t foresee were the countless processions, almost one in every city I visited.

I saw the first procession in Antigua, where sections of the street were being covered with fresh pine needles, flowers, and colored saw dust. These roughly car parking spot sized works of art were made to decorate the way for a large statue of Jesus carried slowly on the shoulders of more than twenty women dressed in white following a cloud of incense. The second procession was found after repeatedly hearing an explosive sound. Down the street a crowd of people walking slowly with another Catholic figure, lit candles, and musical instruments appeared, and I knew where the booming had come from all afternoon in Panajachel. This time the participants were wearing traditional clothes, which made the syncretism of indigenous religious beliefs and Catholicism more obvious. It was also Instagrammed. In Quetzaltenango, a city called Xela for short, while I was waiting for a bus I saw another group of men and women dressed to the nines accompanied by musicians and a Catholic statue process down the street. Of course, the second time I was in Antigua banners were suspended, flower petals lined the street, and there was a shrine set up in the front of a house. Not to mention when I got to Flores, evidence also remained of a procession I’d just missed.

Along with the patterns in the huipiles, traditional blouses, that women wore made with fabric that’s been woven on back strap looms and tailored by hand (some even embroidered with images of birds) the pattern of desayuno tipico for breakfast emerged. The repeated plate of beans, two fried eggs, a few slices of sweet plantain, a piece of fresh cheese, and a basket of tortillas became delightful. I grew to look forward to this cheap and hearty meal (sometimes accompanied with a coffee) as much as I enjoyed admiring the beautiful huipiles from bus seats, boat benches, the back of a pick-up truck, and on the street in those many processions I saw. I had an excellent desayuno tipico at a restaurant overlooking Lake Atitlan, in the small town of Santa Caterina Polopo, a short walk from Panajachel.  Desayuno tipico was also enjoyed in the city of Panajachel itself at a small café, later at a restaurant in Xela, and for several meals in Flores near Tikal. Desayuno tipico’s consistency made it a comfort food in an otherwise unfamiliar country.

When I finally landed in my friend’s kitchen in Guatemala City, on the second to last day of my trip,tired and hungry, she offered me beans, fresh cheese, and warm tortillas. Her familiarity and warmth were reflected perfectly in the comfort of these foods that I’d had time and time again in breakfasts throughout my trip.  Much more hospitality has come my way lately during my move to Brooklyn as I begin a graduate program at the New School for Social Research in Manhattan. I’m ready to newly uncover the reliable and unexpected.

How to Live Life [Abroad]: A Review of Karen McCann’s “Dancing in the Fountain: How to Enjoy Living Abroad” 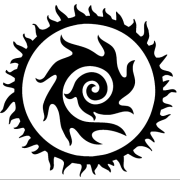