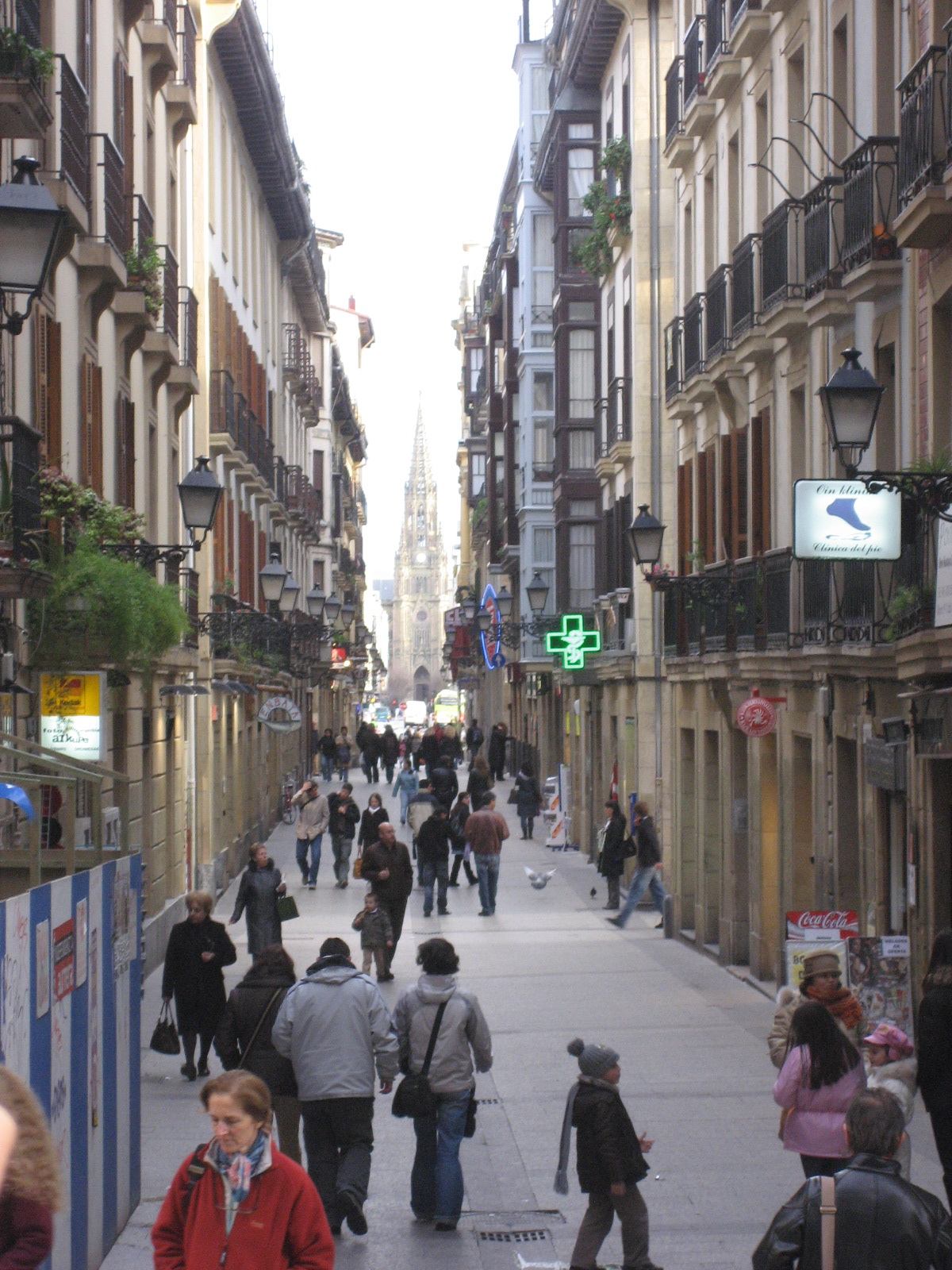 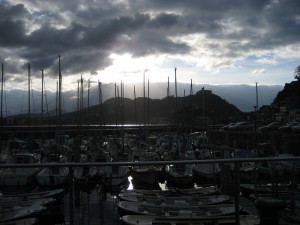 On the bus ride with the study abroad cohort to San Sebastian, I saw snow.  Let’s be honest, part of the reason I came to Spain to study abroad was for the culture and language, and the other big reason was to escape the snow and cold of Boston (where I attended college).  Needless to say, I was glad for my hat and coat sitting close by me in my weekend trip bag, but I wasn’t thrilled to have to use them.  After checking into the hotel and a brief tour of the Basque city, we were set free for the evening to explore the town by ourselves. 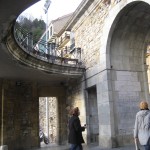 Of course, for Amy and I getting into our own adventure never proved to be that difficult.  We enjoyed a quiet, traditional dinner at a restaurant that had cider flowing out from huge wooden kegs:  Imagine standing up and trying to catch cider streaming out of the wall towards your face, with quite a bit of pressure behind it, in a polite sized glass.  I liked the city immediately.

Later that night, the two of us met up with our new friend, and the three of us explored the cities ‘pintxo’ scene.  Okay, so tapas are pretty well known as a Spanish eating tradition; well, pintxos (or pinchos, in Spanish) are their Basque cousin.  They are more substantial in size, usually come on a slice of bread, and encourage social drinking, as the tradition is to flit from bar to bar, drinking cider and picking out a pintxo or two. 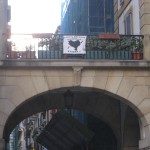 After a visiting a few of the local establishments, Amy and I were giggly, and our new friend probably thought we were crazy when we suggested gelato as our late night chaperone back to the hotel.   As I said before, it was cold in San Sebastian in March, and we were shivering.  But as on previous chilly trips (see my Granada piece), Amy and I headed straight for a scoop of gelato to end our night.  Enjoying our frozen treat, while huddled on a cold stone bench by the stunning Playa de la Concha, I suggested that we take a dip in the frosty water- how much colder could we get, really?

Amy declined the polar bear dip, but our new friend went right along with me.  We left our jackets and pants with Amy on the sandy beach, and ran into the water like two goofy kids on a Sunday afternoon.  Except it was late, cold and dark.  Did I mention how freezing it was?  Feeling completely refreshed and ready for bed, the three of us said goodnight, and Amy and I crawled into our hotel bed. 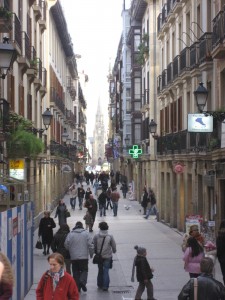 San Sebastian was filled with the clash of political angst, a mysterious history, and delicious food all set on a gorgeous stage created by the sea.  The morning before we left the city to return to Barcelona, a few of us early birds from our study abroad group went on a hike along one side of the bay.  Water crashed upon rocks and rain sprinkled down in the early morning.  An artist created giant metal sculptures that peppered the coast line and played with the colors of the surrounding waves.  You couldn’t help but feel impressed at the simple beauty of the city as we settled in for the long bus ride home, remembering our weekend adventure. 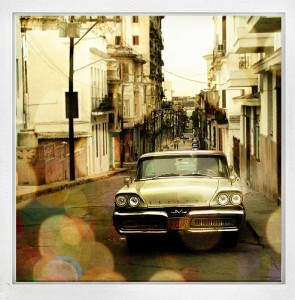 Rather than cry into your parmesan-dusted spaghetti or completely avoid booking a trip ...