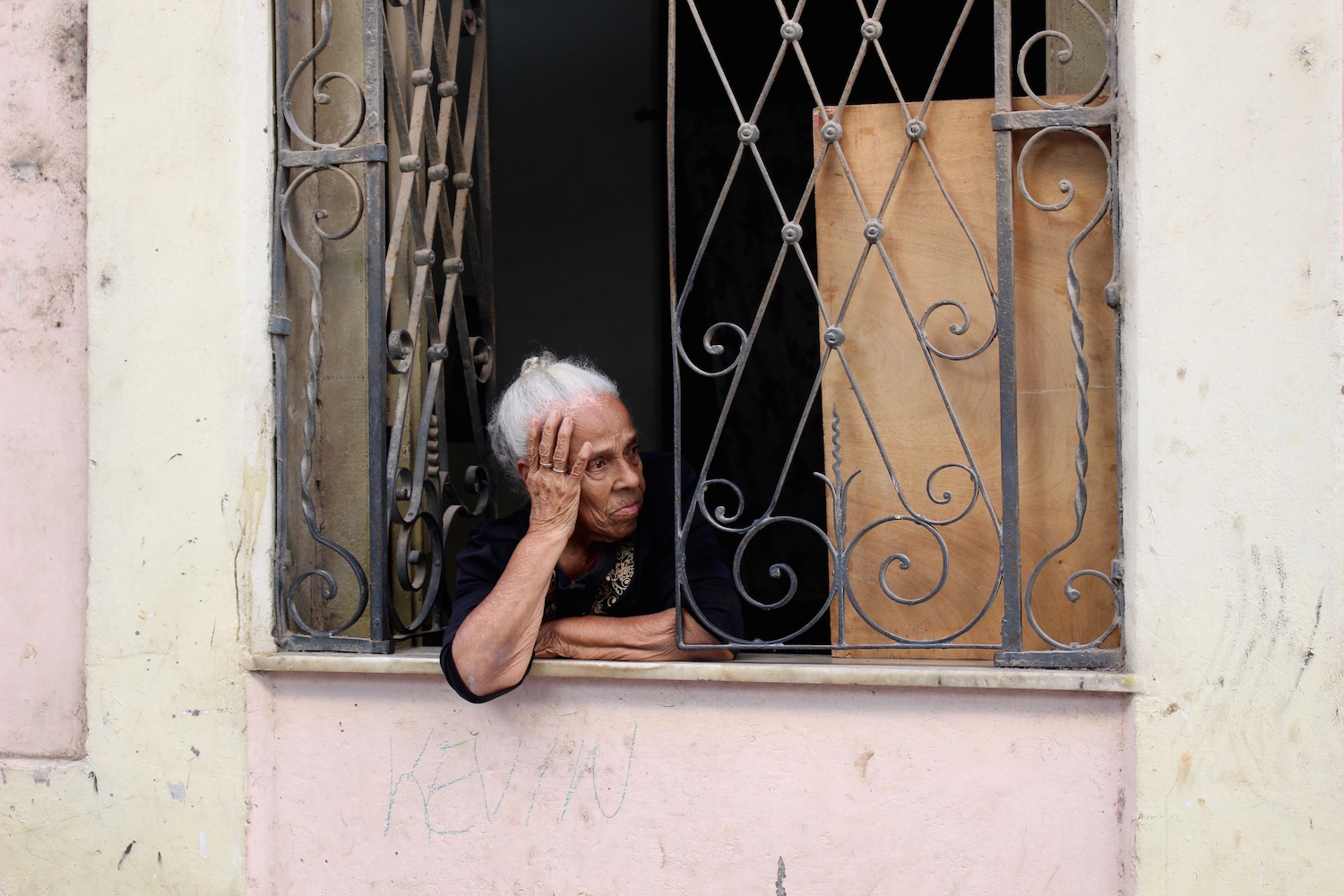 I was standing outside of Havana’s Hotel Inglaterra when an American tour guide boarded his bus and declared, “Folks, all of this will change! The US Embassy’s reopened, and the US trade embargo’s over! Soon, this is all going to be replaced by McDonald’s and Starbucks. Take pictures of the authentic Havana while you still can!”

I turned to Yildo, my former Toronto housemate and a born-and-raised Habanero.

“That guide doesn’t understand Cuba,” said Yildo. “If there’s a Starbucks and a McDonald’s, there will only be one of each, and it won’t come until we have the infrastructure for it. Imagine, they need a delivery of food that has to be in the fridge every day. But in Cuba, sometimes the trucks don’t work, and then there’s a blackout for hours. And if they have their own generator, they’ll probably find that someone has stolen their diesel.”

“If anything changes, it’s going to take a really long time.” 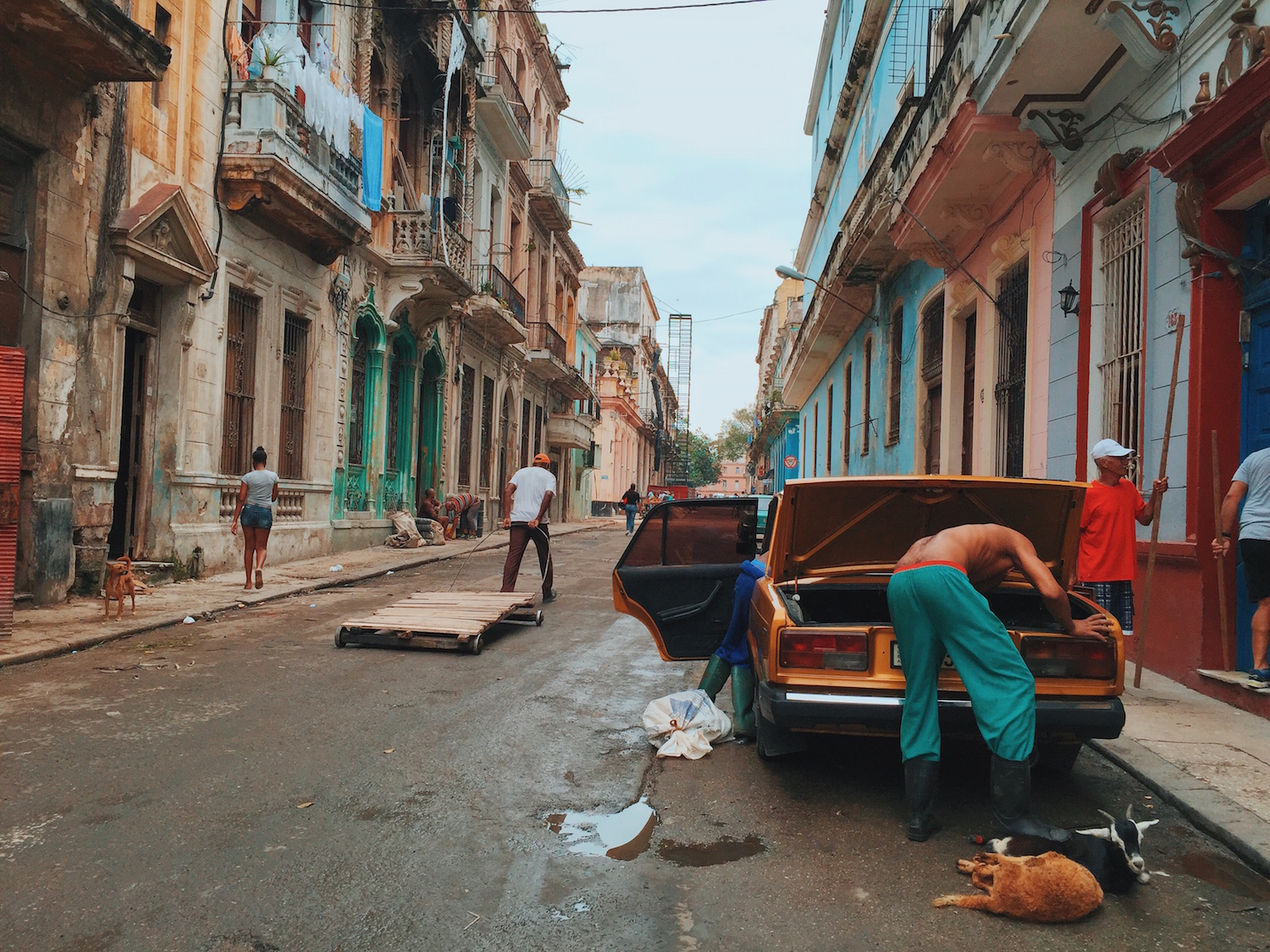 As Yildo took my husband and me around Havana, we saw everything promised in the guidebooks.

The classic American cars, the colonial architecture, the sidewalk musicians crooning endless renditions of “Guantanamera” — it was all exactly as we’d imagined.

But because of Yildo, we also caught glimpses into the everyday lives of locals.

Not only were hard-working Habaneros crammed into plazas designated as wifi zones, but there were also offices that had only one or two employees scribbling in yellowed notebooks — not a computer in sight. There were department stores displaying rusty farming tools and deflated bike tires in their windows, and there were people stuck in queues for hours, only to be turned away due to lack of goods. 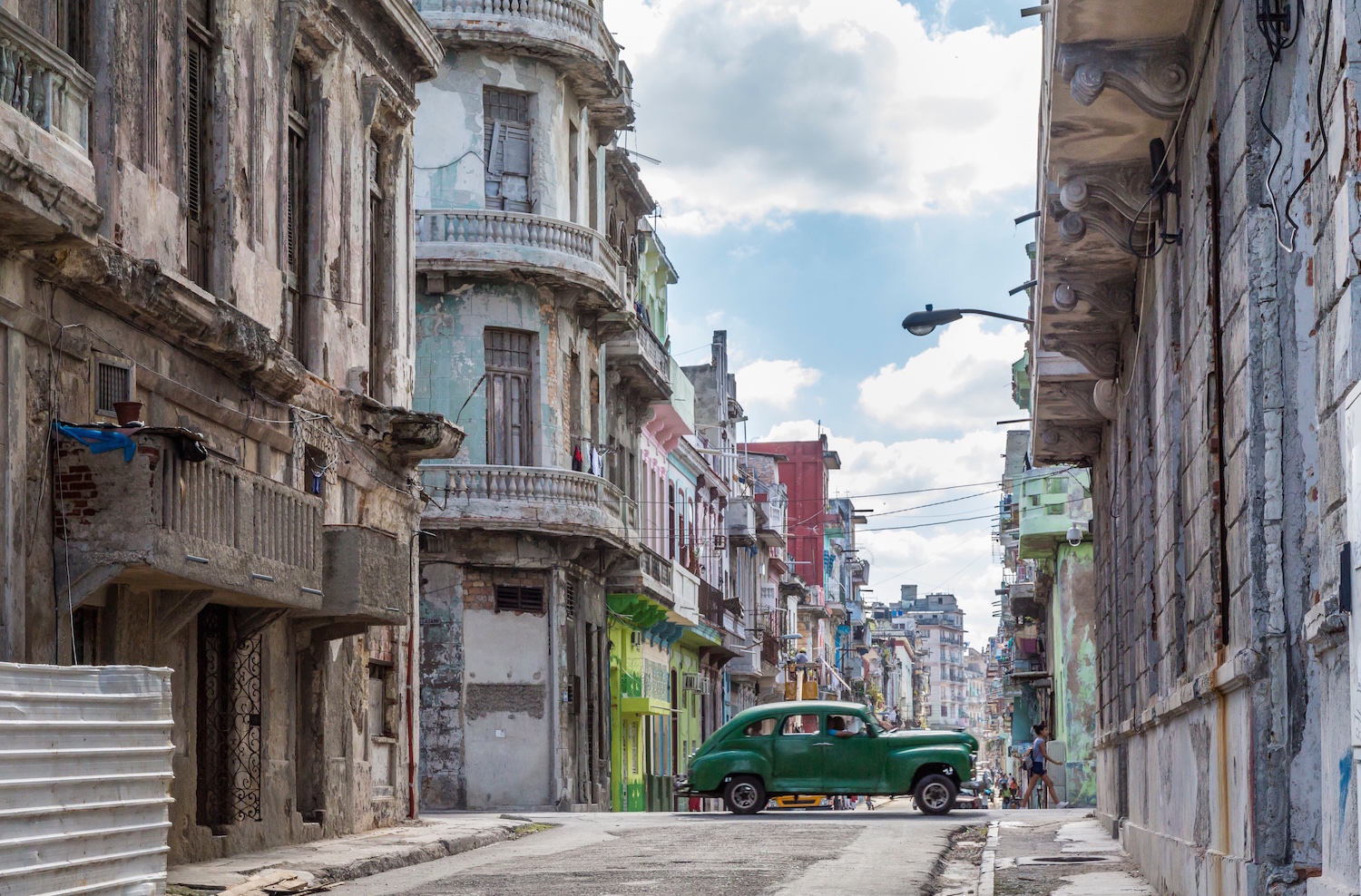 Yildo described his mother as a “businessperson,” although he lamented that she wasn’t making a profit.

After retiring from her work as a nurse across Southern Africa and the Middle East, she settled in one of the oldest municipalities in Havana and started a home bakery. Some of her cakes cost merely the equivalent of $5 USD.

Although her products barely covered the cost of the ingredients that she often had to buy on the black market, she refused to raise the prices. “These cakes are for the people,” she said. “And right now, the people here are poor.”

Outside our flat in Centro Habana, there were stray dogs, cracked sidewalks, and shells of buildings that had crumbled under the weight of neglect and overcrowding.

Instead of family restaurants, there were bars where men were already drunk at 9:30am on a Sunday. And on the narrow front stoops of houses, Habaneros listlessly watched the world walk by. 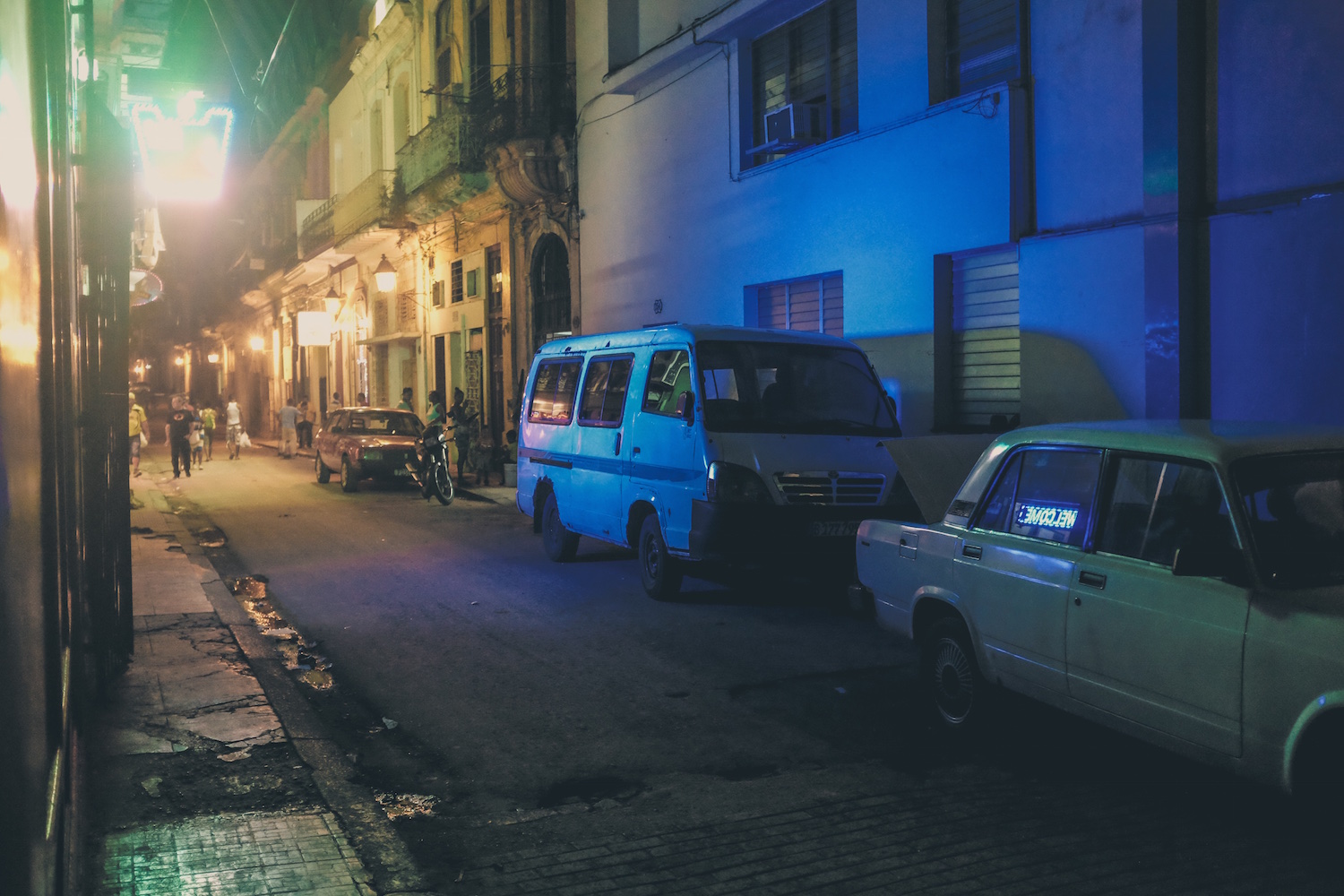 “People want change,” said Yildo. “They want to be able to work and to make money decently. They want to afford a house, a car. The moment you provide a way for them to get a little bit of that, they’ll go for it.”

Yildo explained that most Cubans were worried that the government would stand in the way of progress. “Big industries, healthcare, education, and tourism are all run by people who were in the military with Raul Castro,” he said.

“That doesn’t mean they’re businessmen. They’re all in their 60s and 70s. They have that old mentality, and they don’t have the schooling to really run a country. They’re just going by what has been done so far, and that’s not necessarily right. The only thing that could save Cuba from being overtaken by another country would be a better economy.”

While travelers seeking nostalgia worry about the potential over-commercialization of Havana, Yildo and his friends embraced the promise of changes to come.

One friend was selling his family home in leafy, quiet Vedado. With its gorgeous courtyard, five bedrooms, and living room featuring a candid photo of the family with Fidel Castro, the asking price was €300,000 (about $336,000 USD at time of writing). 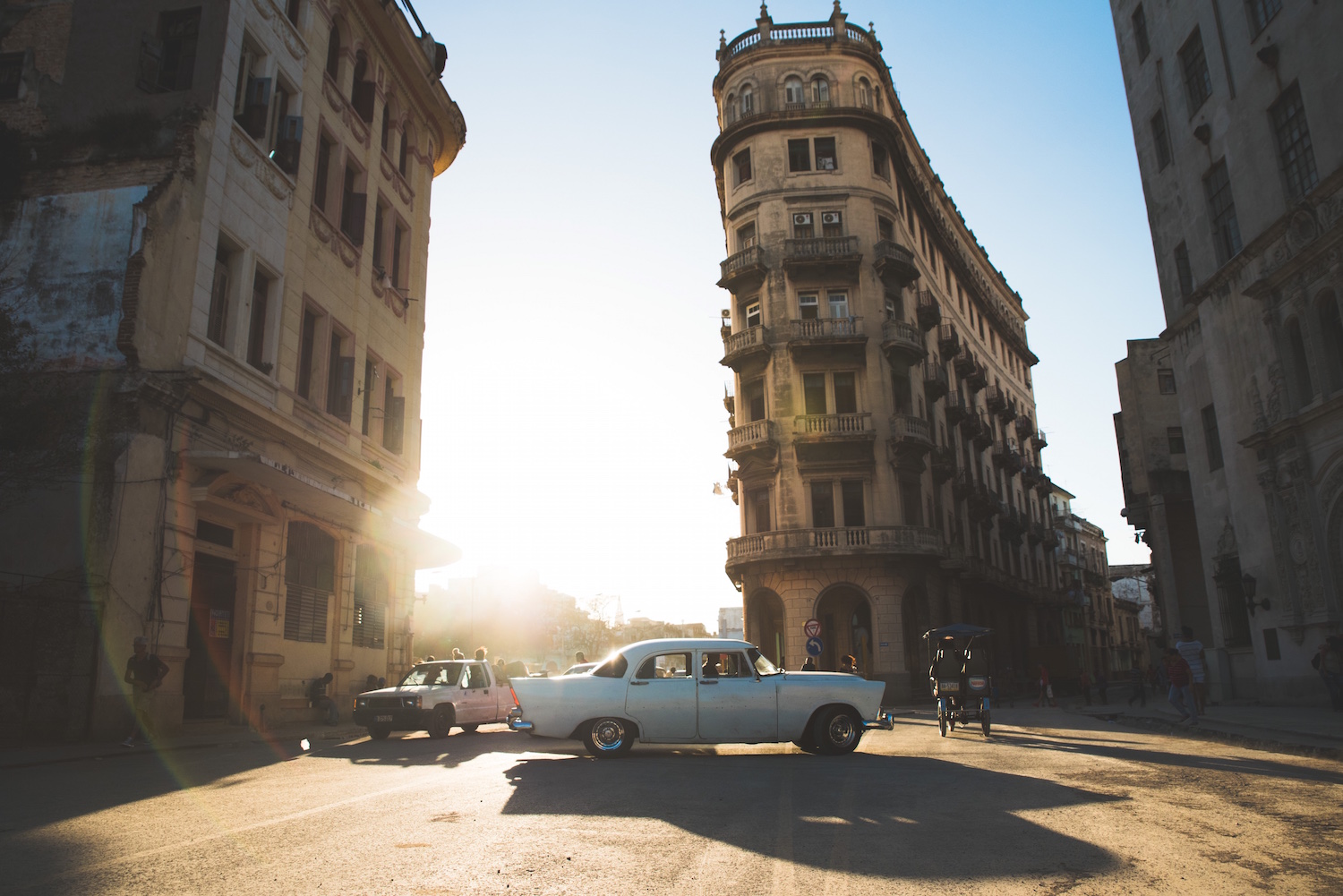 “The price is in Euros because we’re hoping to sell to a Cuban living abroad,” he said. “The time to sell property is now.”

Another friend was embracing the fact that his home had a hole in the roof, and hoped to turn it into an indoor-outdoor rock-climbing gym. He was adamant that Americans could not “ruin” Cuba.

“Who’s afraid of Americans?” he asked. “People come to Cuba to ride in old American cars, to see old American Art Deco architecture. They drink in the bars where Hemingway went. Even Cuba Libre is made out of Cuban rum and Coca-Cola. I’m not scared of Cuba changing. Actually, I’m scared of it not changing.”

But as Cubans look towards the future, many tourists only seek out the past.

They prize the time-warp atmosphere of Havana — a land without wifi, without consumerism, without mass commercialization. But tourists must realize that longing for nostalgia means that they are against the change that so many Cubans want. 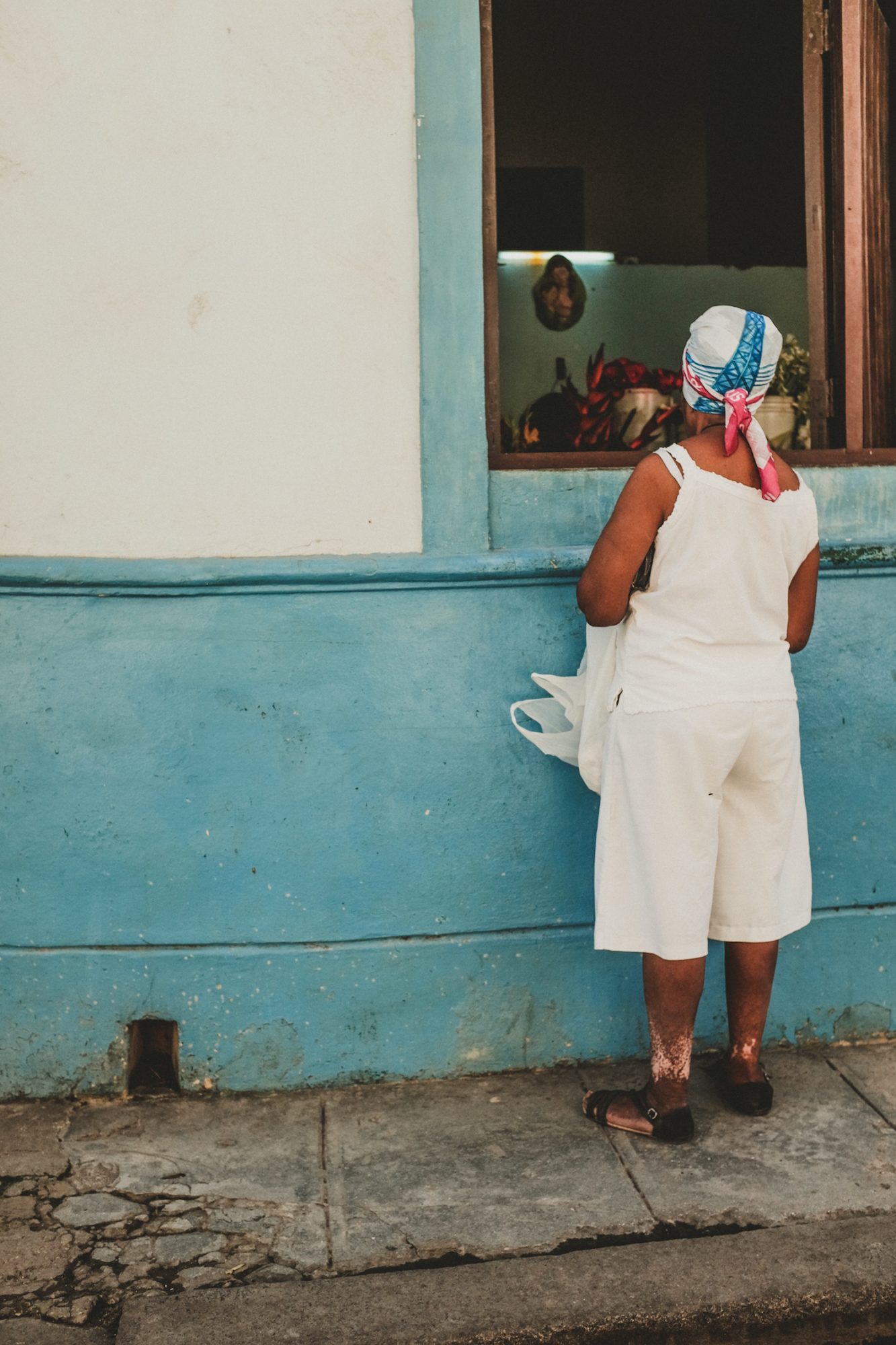 With two million tourists visiting every year — mostly Europeans and Canadians — the country certainly hadn’t been cut off from the outside world before Americans arrived. What they had been cut off from is the version of Cuba that only tourists could afford.

“No industry pays people what they need to live,” Yildo said. “The average Cuban makes the equivalent of $18 USD a month. So of course they have to do something on the side.”

He pointed out dozens of ways for Habaneros to make money from side businesses. From selling everything from eggs to concrete on the black market, to turning their private cars into taxis, to converting their dining rooms into restaurants, to putting their homes for rent on Airbnb, Habaneros were embracing opportunities to capitalize on tourism.

I thought of the American tour guide.

“But what if tourism goes too far?” I asked. “Could developers come and demolish the old family homes of Centro Habana and Habana Vieja and turn them into condos and hotels?”

“There’s a housing shortage, so where would they put the people?” Yildo replied. “The only thing that will happen is that they’ll make enough money to fix their roofs. And maybe put on a new coat of paint.” 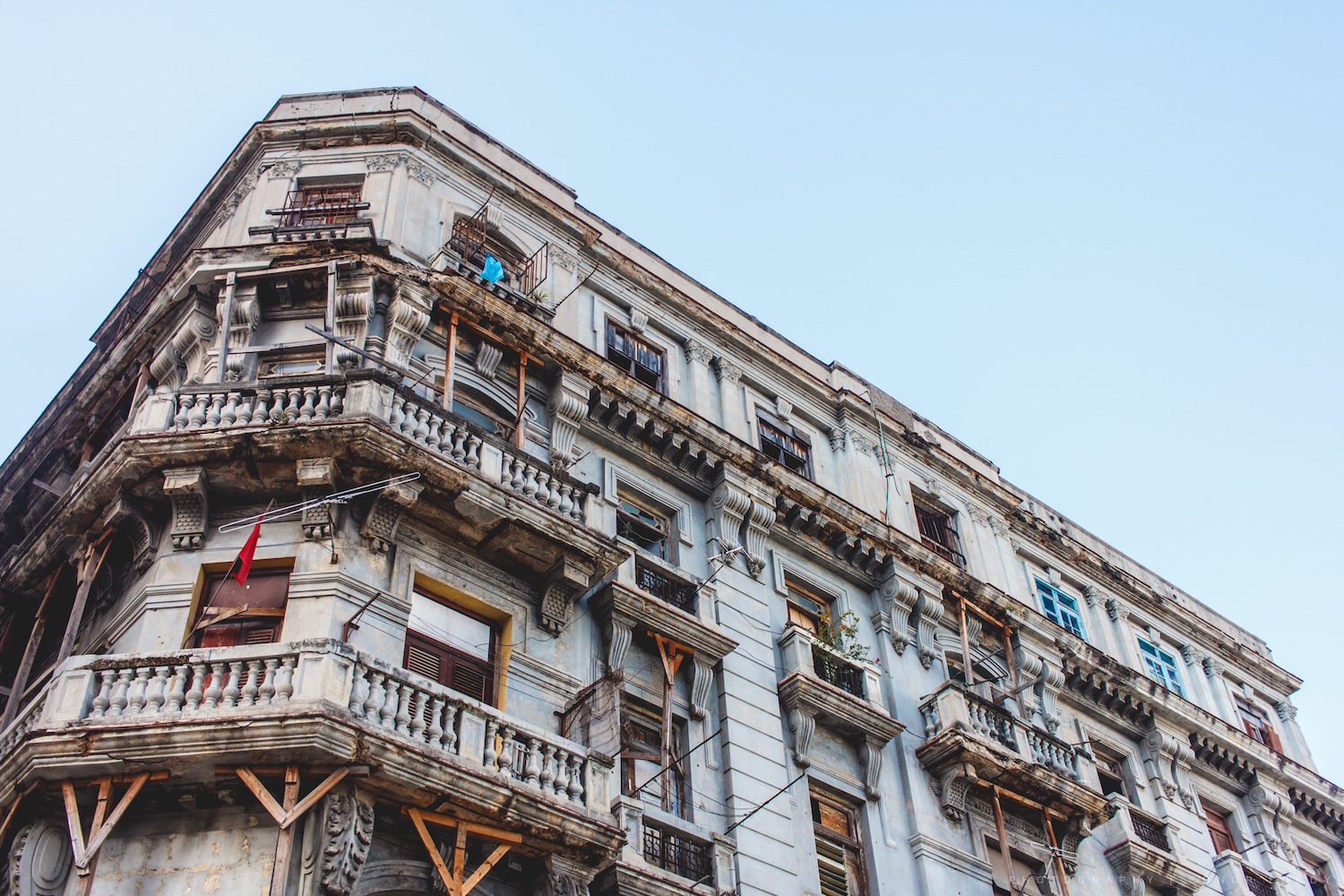 Before we left Cuba, Yildo said that we had to visit the FAC — the Fábrica de Arte Cubano.

Apart from the old silent movies playing on an outdoor wall, the FAC was modern, and it didn’t have any of the trappings of Havana nostalgia touted by guides. By 10pm, the line to enter went halfway down the block, and the crowd was a mix of both foreigners and Habaneros. It felt like a sign of things to come. 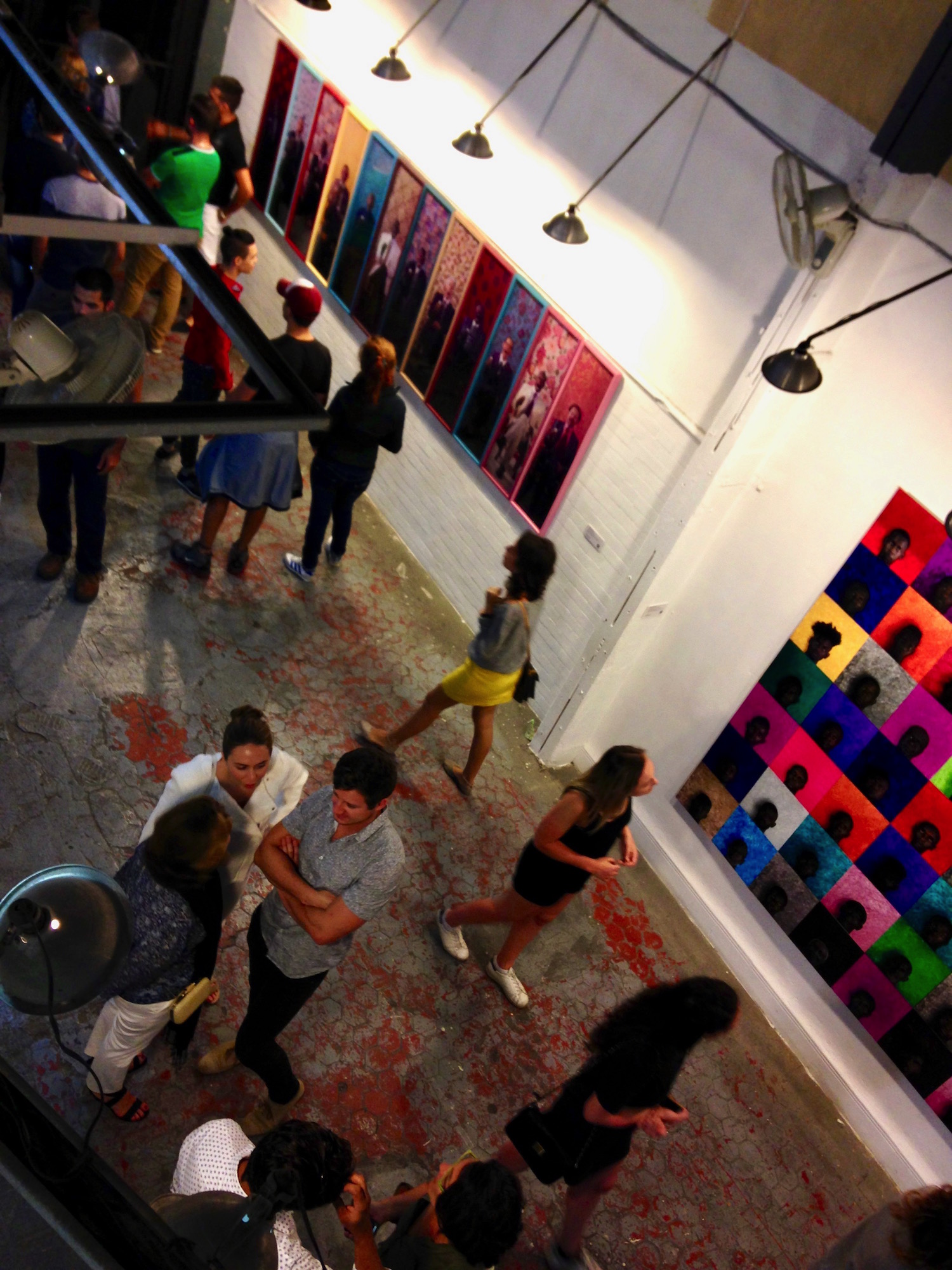 Authenticity is not static; it is what we witness when we interact with local people. And with Havana poised to embrace the future, we have to look at what is truly authentic: that Cubans want to be part of the change.

Writer, journalist, community-based researcher, youth mentor. Founder of Filipino Talks. Proud Filipina-Canadian who has the last name of a country that she's not from. 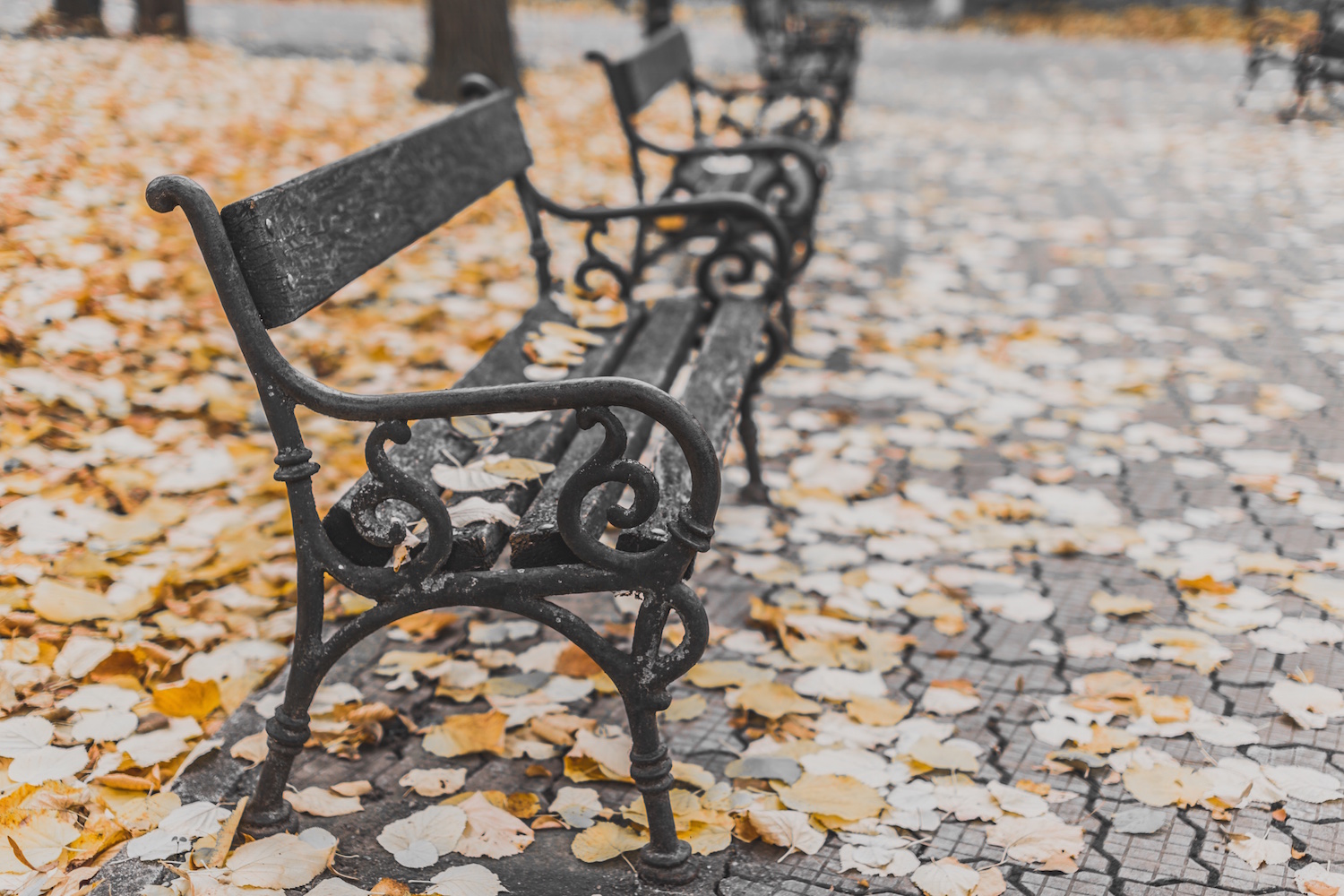 Run for Refugee and Immigrant Girls: Join Go Girl and GirlForward at the Chicago Women’s 5K! 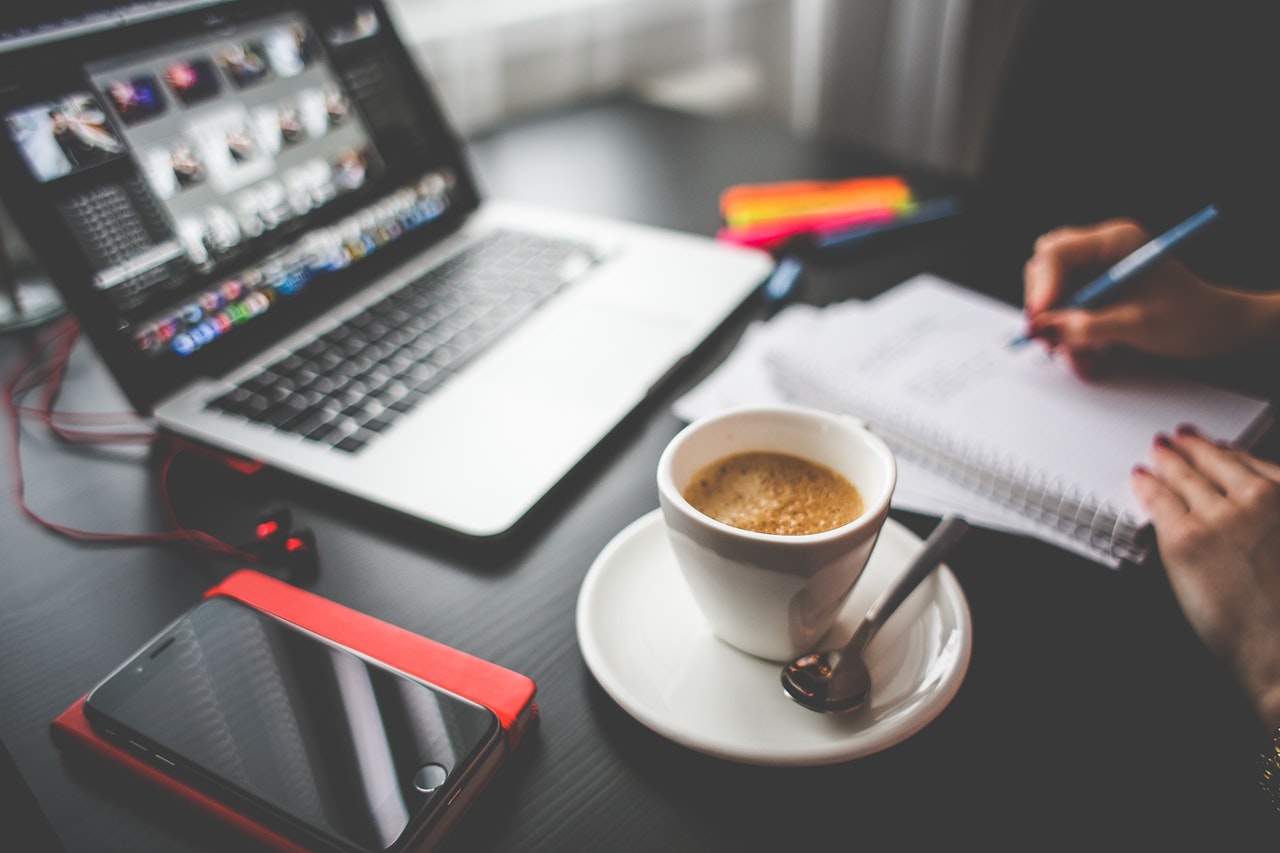 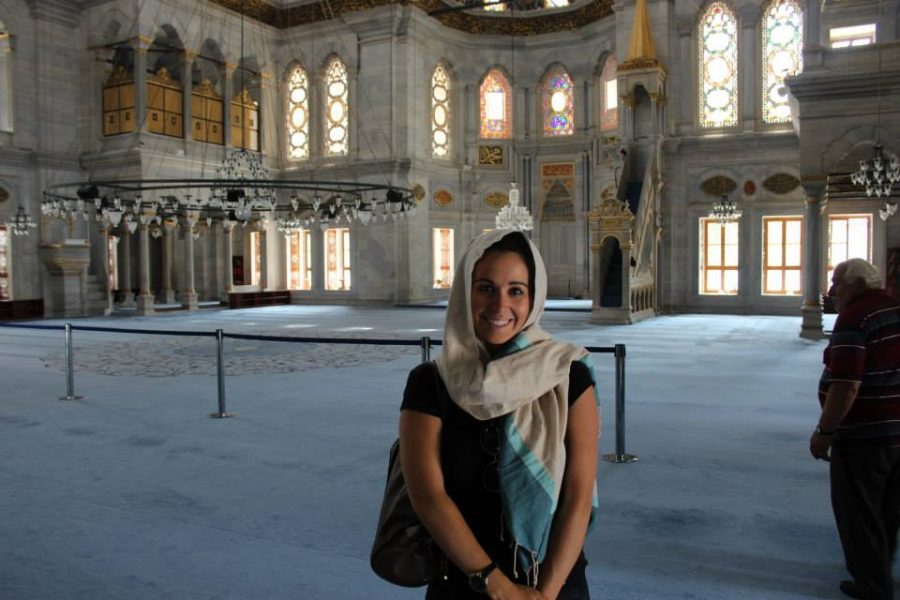