At night I sit around with the boys and drink beer. We slap at mosquitoes while we chew the basics- soccer, women, who’s talking about who. Most of the time I just listen; I have nothing to add to conversations like these. But this doesn’t mean that the conversations aren’t adding to me; I certainly learn a lot between the guzzling and spitting.

Like, for example, I learn that my boyfriend here, Kilson, is either a CIA-trained liar, or a really uncommon- and perhaps unpopular- catch here in São Tomé. Purely because he treats me like a perfect equal– something that is quite out of tradition here on the island, where gender roles rule. Kilson and I get looks when we beat each other up in the city. He takes me on, anywhere, anytime.

We were walking yesterday, and between throwing punches he asked me if Faia didn’t like him. Faia is tall, muscular, and a killer soccer player that hangs around the house to do Ned’s gardening and to help him with some rehabilitating exercises, as Ned became sick five years ago and had his legs amputated. Faia doesn’t speak much sometimes and doesn’t shut up at others, is extremely, perhaps overly confident with his manhood, and, above all, will not let a women boss him around. He has a girlfriend, or perhaps a wife, or I’m not really sure what she is, that lives with him, though he’s never home- he’s always here, chilling with us. One time we went to swim in the waterfalls and he brought her. I think one point he touched her knee. I wonder sometimes what she is, exactly- either an accessory or a chore. Or some marvelous combination of both.

Anyway, Kilson asked me if Faia didn’t like him. He was often quiet when Kilson was around. Kilson is similar to Faia in some ways and opposite in others. When Faia is quiet and judgmental, Kilson talks. He is always in search of an argument, and unafraid of confrontation. He enjoys understanding, in-depth, why people feel certain ways. He will talk to you for hours about politics, philosophy, secrets. When he enters a room, everyone knows him. He is quick to introduce himself to strangers. So when Kilson asked me if Faia liked him, it was curious. He really wanted to understand Faia.

I later brought up the subject with Faia, whose mouth fired off a mile a minute. “He asked you that without asking me??? If I were him, I would have just come up to the guy and asked him myself! What the hell is wrong with him! And FURTHERMORE, I would NEVER ask this question to a WOMAN! This is something man to man! The next time I see him I am going to ask him to tell me to my face!” It was such a needless overreaction that I am still enraged with Faia, hardly able to cool down, even weeks later. First off, I didn’t want him confronting Kilson about this, who felt it was something to be asking me in private (I feel bad enough as it is revealing his words). And second off, a WOMAN???? And what the hell is wrong with a woman????

But I know what is wrong. To Faia, women are different. They have their place. Men deal with their man things in their man ways and women, among other things that do not include education, intelligence or thinking, make babies, grant sexual satisfaction and keep house. I’m not kidding when I say that this is what Faia believes. He thinks women are to be romanced for the sake of romancing…then nothing else. Otherwise they complain too much and they creep under your skin. He was raised this way; he can’t help what he believes. It’s a dying tradition on the island, but it’s still real.

One time, Faia invited me to a party. He would never invite me as more than a friend- he’s like my brother- but there is always a very low-grade tension between two heterosexuals of opposite sexes going out to a party or club together. And when he left to bring a friend home without telling me, and when I left because I was quite alone and bored at this party by myself, the next morning he was royally pissed. Apparently he had leaving rights but, as HIS guest, I did not. “Why did you leave?” He shot at me the next morning. “You came with me, you leave with me!”

The boys and I often find ourselves in quarrels because I tell them when I disapprove. They say I get angered easily. I take that for what it is. Though I find myself extremely culturally sensitive in most ways, feminism is not one of my negotiation points.

Dany is more modern and laughs at Faia’s rugged lack of charm that, combined with a pretty face and nice body, dumb women put up with. But Dany still believes in what is very common here– multiple girlfriends. Despite the boys’ various attitudes about sexism in general, all three of them– Dany, Faia and Abade– are in equal agreement that it is entirely normal for one man to have three girlfriends at once, including, or not, the man’s wife. Dany believes that if you can give all of your women love and attention, then there’s nothing wrong with it. And besides, there are more women in São Tomé than men anyway. And if the women have a problem with it when they inevitably find out, they can leave. That is what their right is.

It makes me think of when Kilson takes me clubbing and leaves me for periods of time to go peel his female friends off the wall to dance. Kilson does not believe in polyamorous relationships but he does embody, in a analogous comparison, what Dany speaks of. Women line the wall of the disco with no one to dance with in a partner-dancing world. So the men have to walk around dancing with multiple women, a regular trick-or-treat, hopping from house to house to keep everyone happy.

It’s the same thing really. If men don’t date multiple women, well, who’s going to date them? That’s how the boys I live with see it, anyway. The women are sexy and beautiful, and are not to be wasted. The men, as I see their interpretations to be, are the intelligent, decisive keymasters, burdened by their inherent responsibility to make decisions for all and to ultimately keep the world spinning. And to some degree, the women believe it. That’s why the girls in my English class still all failed their final exam- after getting a freebie when they skipped class on the first exam date. That’s why I get mad at them and tell them to represent us right when they don’t focus. And that’s why on various evenings, when the beer bottles are empty and Abade is napping on the couch, I will see Dany spritz on his cologne and protectively wrap his arm around the waist of “minha jóia,” “my jewel.” And it’s hardly the same girl twice. 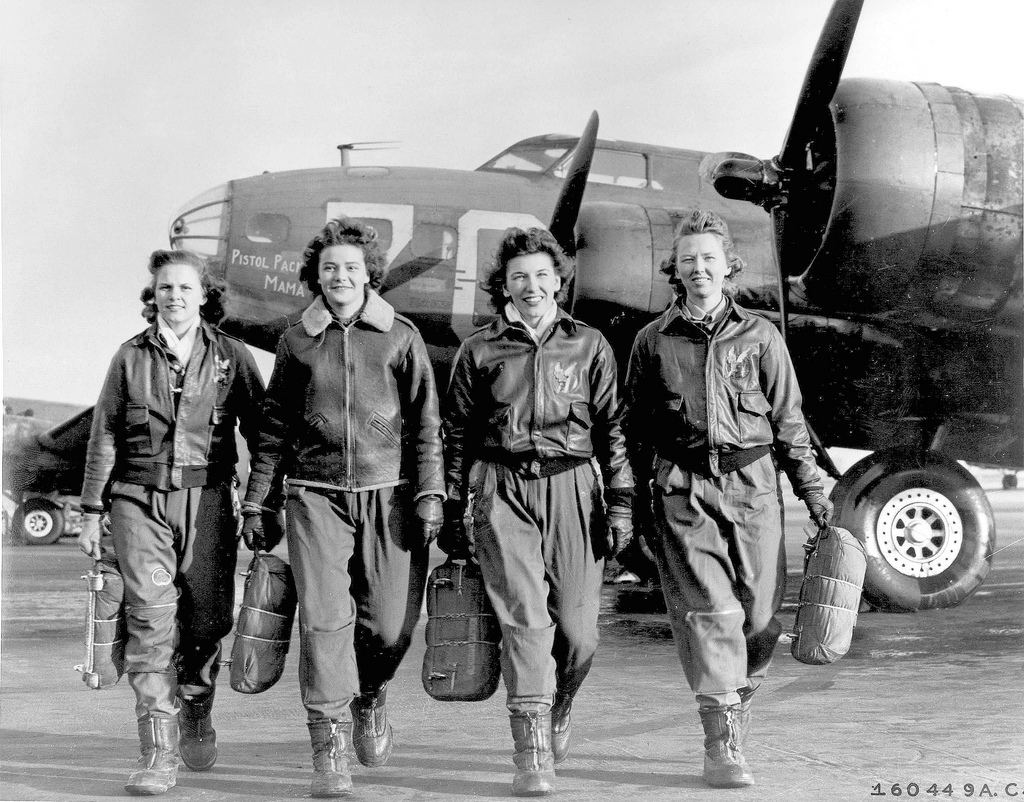 Where Are All the Female Pilots?