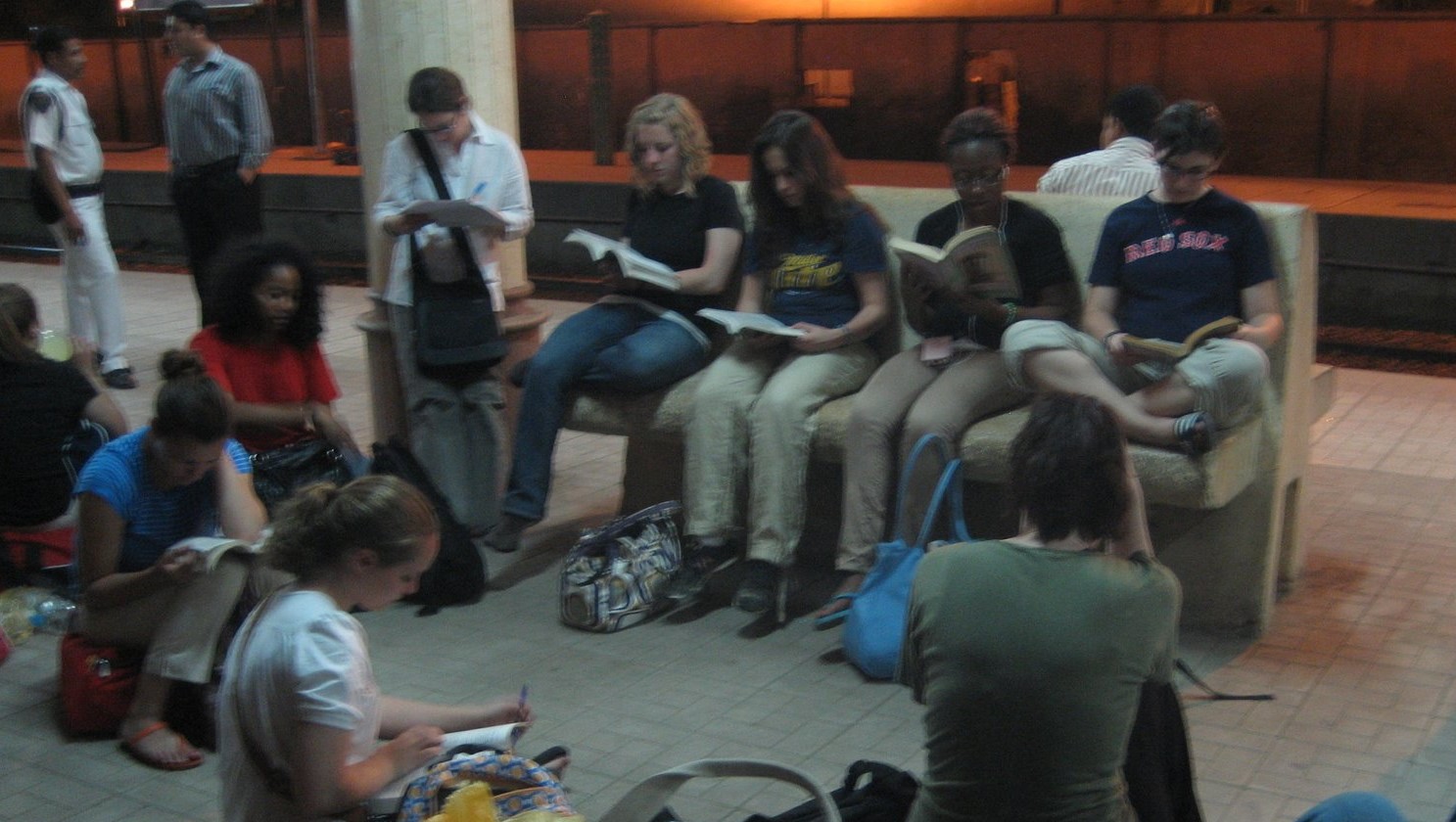 Polite society says we shouldn’t talk about religion, politics, or money. As someone who is fascinated by all three topics, I have never been very good at this rule, or even all that interested in trying. I also ascribe to the view that the personal is political, which makes it impossible to completely avoid the subject.

One of my favorite parts of travelling is learning about current events around the world and how they came to be. I want to know whether regular people agree with their governments and how they see global issues. It’s how I first found out about rumblings of protest in Egypt two years before the Arab Spring and why I know that many Cubans are both excited and wary about the recent warmth in relations with the United States.

Of course, there’s a reason for the no-politics rule: Talk of politics can easily lead to arguments and hurt feelings.

So what’s a politically-curious Go Girl to do? 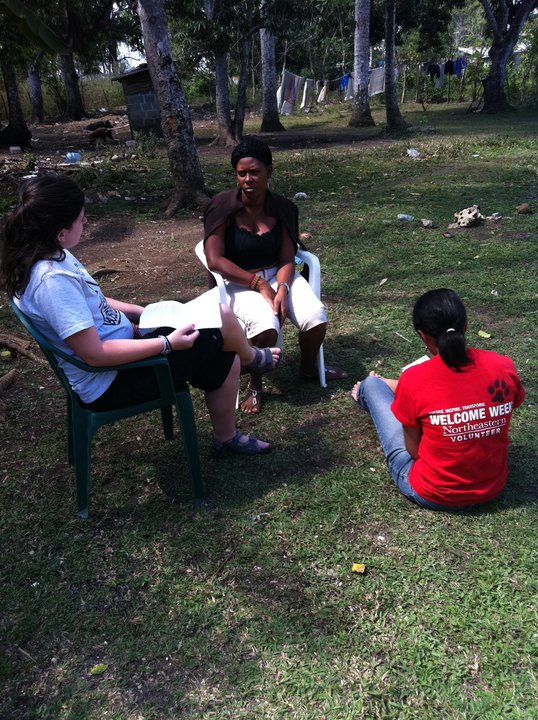 Listening and taking notes in the Dominican Republic. Image courtesy of Delia Harrington.

Research Before You Go

If you know what the hot-button issues are, you’ll be better equipped to gauge reactions and steer away from topics that are just too touchy. Knowing some of the key players and historical events will help you engage deeper and will show the people you chat with that you are genuinely interested. This will also prevent you from accidentally offending anyone. For example, there are political implications in saying either Istanbul or Constantinople, Macedonia or FYROM, Burma or Myanmar. Your research will point these distinctions out and help you determine which nomenclature is appropriate.

There are so many different kinds of government around the world, and societal norms vary greatly. If you’re looking to learn more, it’s best to keep an open mind and not to make assumptions. There’s often a good reason why others operate the way they do, and you’re more likely to be able to understand the ‘why’ if you don’t judge first. 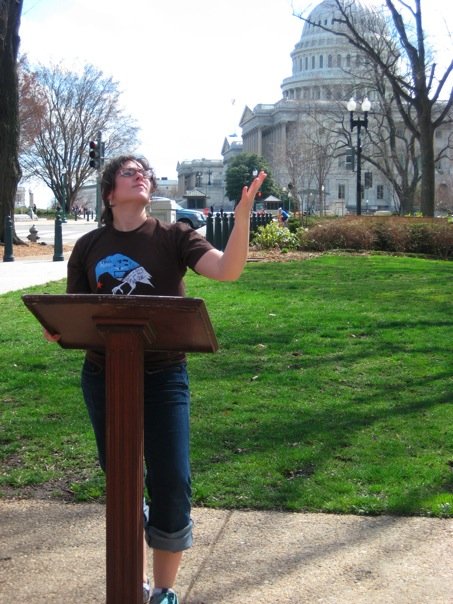 Delivering speeches is probably not the best way to learn about someone else’s culture. Image courtesy of Delia Harrington.

I like to find ways of indicating my interest in politics as a technique for opening the door to further conversation, and then leaving it up to the other person to decide whether to pursue it. For example, I used to tell people I majored in politics–a slight fib: It was a minor. But plenty of people seized the opportunity to pick my brain and offer up their own insights as well.

Unlike me, some people are not interested in politics, or at least don’t want to talk about them with strangers. There are also many places in the world where it is simply too dangerous.

Remember: At the end of our trips, we get to go home, but locals still live there. Keep an eye on body language, and listen for vocal cues like curt responses or an impatient tone. If someone is uncomfortable, it’s best to move on.

Listen More Than You Speak

To me, the value of talking politics is learning from others. The more space I take up speaking, the less I will learn.

Instead, I engage in active listening. This is a great idea if you don’t have a fully formed opinion on an issue yet and are looking to hear some new viewpoints. It’s also a great way to stall and figure out the climate of the crowd you’re with before shooting yourself in the foot with a controversial opinion.

This will not only help keep you out of trouble, it will make your conversations more interesting. Yes or no questions have a tendency to put people on the spot or to make them feel like they’re being tricked. Open-ended questions, like asking how someone feels about a controversial law or what led them to support a specific party, allow a person to explain themselves at length and open further avenues of conversation. 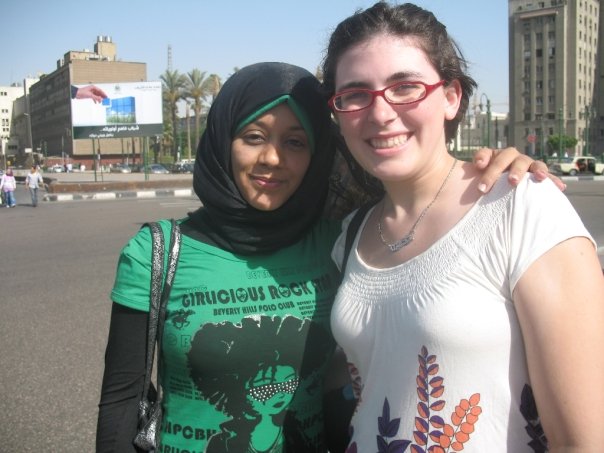 A friend I made while successfully chatting about current events in Cairo! Image courtesy of Delia Harrington.

If you’ve been thinking about learning more about current events as a way to learn more while travelling, I say give it your best shot! I’ve been able to get a perspective that goes much deeper than headlines or speeches. I do my best to represent my own country as a place with a diversity of views and to afford the same respect to others.

Do you like discussing politics at home or abroad? Have you ever travelled somewhere during an important event, like an election or a coup? Share your stories in the comments! 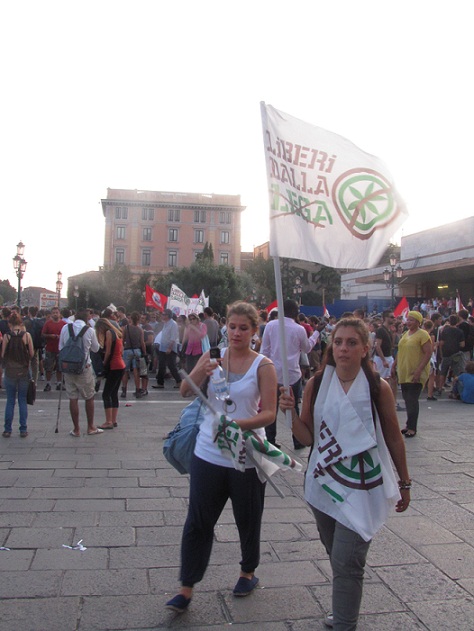 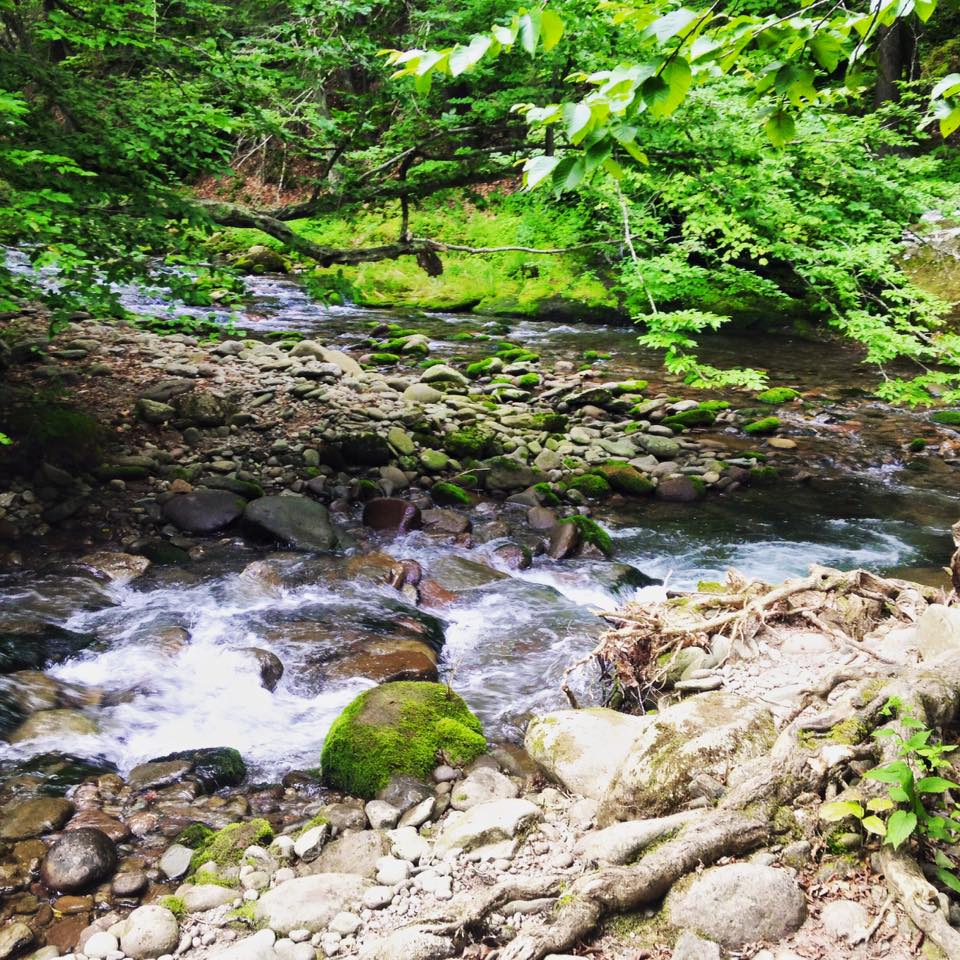