The Jolly English Pirate set sail on the high seas in 2008 and has been pilfering her way around the world ever since. At present she is docked in Buenos Aires, Argentina, where she works as a freelance travel and female publication writer and is studying towards a second undergraduate degree, this time in Fine Arts. As such, this column pays hommage to two of the things that fascinate her most in life: travel and art. Join The Jolly English Pirate via this new column where she will be posting a combination of musings and sketches on her travels what it is like to live, study, love, make friends and work abroad. Yo ho ho!

Mafalda — By Tracey Chandler. Drawn in Chinese ink, with pen and paintbrush on paper.

When living abroad, you come into contact with everything and you fall in love (without realizing it) with lots of things. I have fallen in love with Mafalda.

Mafalda is a comic strip for children (and adults!) from Argentina. It ran from 1964 to 1973. The stories and illustrations both belong to the Argentine cartoonist, Joaquín Salvador Lavado, better known by his pen name, Quino. Mafalda is a six-year-old girl who is incredibly intelligent (which is probably why she has such a big head – “cabezón” in Spanish) and very concerned about humanity and world peace. It was a very popular comic strip in Latin America, parts of Europe (particularly France), Quebec and Asia — such a success internationally that eventually it was made into two animated cartoon series and also produced as a one-off full length movie picture.

If you are going to visit Argentina, particularly Buenos Aires, be sure to stop by any of the second-hand bookshops on Avenida Corrientes in the Microcentro and buy yourself your very own copy of Mafalda. You won’t be disappointed with your souvenir. 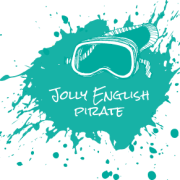 Tracey Chandler
Tracey used to be Head of Dance, Drama and Literature in a secondary school in London. At the age of 27, she decided to head off to the mountains in Venezuela with her life in her backpack in order to be a freelance writer. She had no home to go to in Venezuela, no job, no experience as a writer, no source of income, and she couldn't speak Spanish either (although now she speaks Spanish, French and Portuguese). When she thinks about what she did now, it makes her a little nervous. She can't believe how brazen she was, but it was the best thing she ever did.