Editor’s note: Our travels and interactions with people around the world affect our understanding of important issues. Learning about feminism through a different lens taught Imogen Kars invaluable lessons. Can you relate?

She challenged everything I had been told about Muslim women. She wore no hijab, instead, her skin was inked with winged women and faces. Her bum bag was filled with rolling tobacco. Meryem was single-handedly nurturing a sky blue hostel in Chefchaouen, Morocco, and we had transcended into a close friendship within only a few days of knowing each other.

In between her hostel duties, we talked about piercings and South East Asia and boys and feminism. She was slowly dreading her hair and explaining to me the intricacies of being a woman in Islam.

Related: Visiting a Mosque Embarrassed Me, but Not for the Reason You Might Think

I asked what felt like ignorant questions, yet she cooly answered them with the sort of deliberation that I find lacking in the global north.

Growing up in Australia, my views on Muslim women were predominantly shaped by their representation in the media – that of oppressed women in headscarves. Yet, there I was, smoking a joint with a Moroccan woman in a punk rock t-shirt and pyjama shorts.

Meryem was more than happy to help me chip away at the walls of my learned prejudices, and it felt liberating to be in her presence.

I want to share with you a few little lessons on feminism that she reaffirmed for me:

1. If you want to understand, speak first-hand to Muslim women

Despite wanting to be an ally, the irony wasn’t lost on me that I hadn’t yet gotten to know or listened closely enough to Muslim women in person.

Before visiting Morocco, I had spent about ten months living and travelling in Muslim-majority nations. My time was peppered with conversations with acquaintances, but I always felt uncomfortable asking about their rights, their experiences, or their feelings.

I didn’t want to say anything wrong and — as it had been ingrained from my own culture — I was used to listening to their side of the narrative from literally anybody else but Muslim women themselves.

Islam’s patriarchy and white feminism had spoken too loudly in their place.

Speaking to Meryem about our own issues with feminism and the parameters upon which being a woman exists was a hefty learning curve for me.

Before this, I had never stopped long enough to appreciate the delicate crux of feminism and Islam. There is always a prejudice to unlearn or a discomfort to confront. But this all needs to begin with creating space for Muslim women and giving them the opportunity to hold the microphone if they want it.

If we want to really understand the vast and varying experiences of Muslim women, we need to talk to them. Meryem reinforced this lesson for me.

Related: Pushing the Boundaries with #YoViajoSola

2. One size of feminism does not fit all

Back in Australia, my experiences with feminism were far more one-sided and naive. Looking back, I can see how many of the well-meaning women around me were simply misinformed and apathetic to any existence that didn’t match their own.

For example, I joined rallies that demanded equal pay rights for my fellow Australian ladies, but didn’t consider the intricate needs of the Indigenous Australian sisters around me. I didn’t understand that each fight is vastly different, fought with different tools and centering different needs.

Speaking to Meryem about her everyday experiences opened my eyes to the different challenges we face as women. While we are both fighting for liberation of sorts, our general experiences of being women are different.

In Australia, my tattoos are seen as trendy, but Meryem is persecuted for hers in Morocco. I had never realised the privilege that paired with comfortably existing in my own skin in my home country. How can I expect a western feminist ideology to function within Morocco (or any other Muslim-majority nation) when my experiences are vastly different?

Liberal or white feminism has a nasty habit of trying to control the narrative of the global sisterhood. Just as our colonising ancestors thought before us, we are adamant things can change for our sisters if we lend a helping hand.

Muslim women are equipped with the tools to support themselves. They have voices, and they have been shouting for a long time about their rights. I was reminded of this through our conversations.

Related: This Women’s Group in India is Breaking Down Barriers

3. I can (and should) be an ally for Muslim women in my own backyard

My biggest learning curve was integral for my evolution as an activist; Meryem reminded me that change starts locally. I reflected on this deeply and realised, if I was dedicated to being an ally for Muslim women, I needed to start in my own backyard.

I had spent ten months trying to learn about Islam and Muslim women in Turkey, Morocco, and Egypt, but I couldn’t name one Muslim connection back at home in Australia. It was a shameful revelation.

When you break it down, it becomes obvious as to how we have become so entangled within a false narrative of Islam. A mere 2.6 percent of Australians identify as Muslim, meaning the average Australian has likely never had a Muslim friend, colleague, or neighbour.

So unless we are actively seeking to learn more about Islam, the majority of us in Australia ‘learn’ about Islam from the media. We’re not getting to know Muslims as individual people, and we’re not even getting to know Islam as a religion.

My work as a media literacy activist is deeply entwined with empowering Australian Muslim women. The biggest barriers to the safety and support of our Muslim community lay within our media and — in order to dismantle the harmful narrative they find themselves existing within — we need to work from the inside out.

We need to seek connections with those in our local Muslim community and work intensely to educate both ourselves and our fellow non-Muslim friends on the prejudices we have subconsciously learned.

My conversations with Meryem flipped my world on its side, both in my personal life and as an activist. Our experiences were as different as night and day, but we were on the same page. Any subconscious expectations I had regarding feminism and female empowerment in Islamic Morocco were completely reshaped.

My biggest takeaway: Muslim women are already their own heroines and it’s time we all learned that lesson.

Read next: What I Learned About Empowering Girls from Girls Themselves

Don’t Travel. Here’s What to Do Instead. 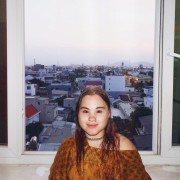 Imogen Kars
Imogen is an Australian journalist, media literacy activist and passionate slow traveller. You can find her breaking down current events or talking sustainability at her website hazaarthebazaar.com or on her Instagram instagram.com/hazaarthebazaar.