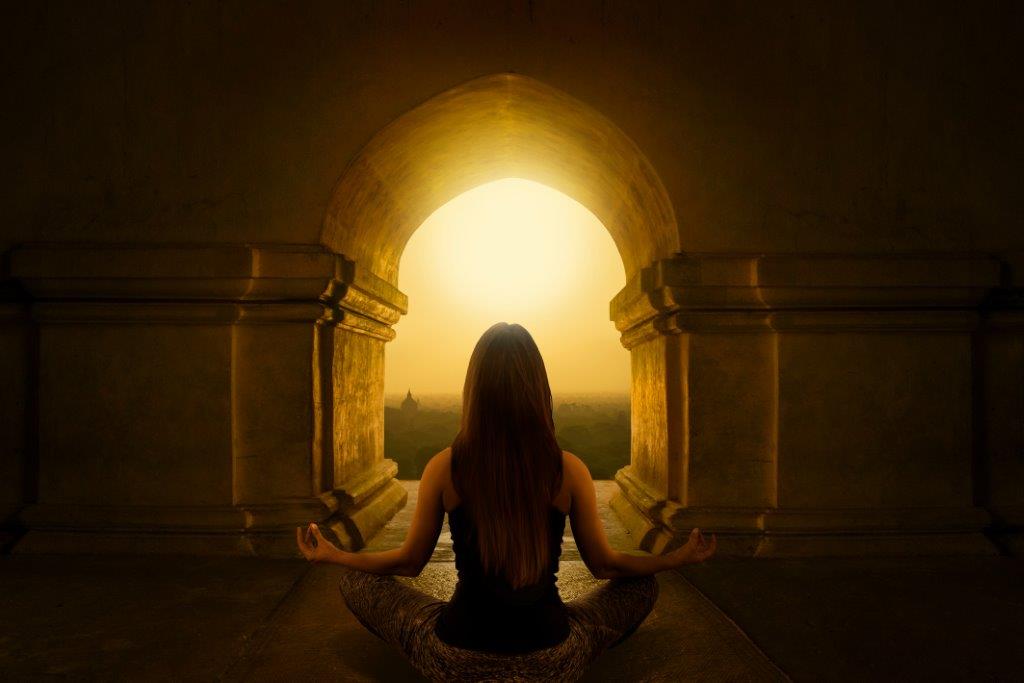 Mindful yoga can be a helpful practice at all times, whether you’re traveling or at home. Mina Phillips found that yoga helped her connect with like-minded people to continue her path away from consumerism. She offers her insights and what she’s learned so far.

Towards the end of 2019, my husband and I took the leap we’d been working up to for years. We sold and donated our belongings, moved out of our rental, and booked what we thought would be the start of a one-year overseas adventure.

Starting with one month in Thailand, we would then spend one month in Vietnam, followed by a few weeks of volunteering in Nepal before settling in London and looking for work.

Unfortunately, COVID-19 quickly transformed our one-year adventure into a three-week trip to Thailand. But the process of becoming backpackers taught us a lot about letting go.

Second to stepping onto a plane and away from the lives and jobs we knew, the most freeing aspect was donating our possessions and holding onto only our basic everyday necessities.

I experienced an upbringing that firmly encouraged a detachment from materialism, and my interest in wellbeing and nomadic living continued to increase. So I decided to seek out the advice and opinions of two people who know about living well as digital nomads: Juliana and Mark from Boho Beautiful.

They felt a deep desire to leave mainstream Western society in search of a life with more meaning.

The pair now lead a YouTube following of over one million across the globe with yoga videos in Nepal, Bali, Cambodia, Nicaragua, and Canada – just to name a few.

“Mark and I, we lived in the city and, by the last year, it started to get really difficult because you just feel this feeling inside of you that you just can’t do it anymore, that you don’t belong here,” tells Juliana in a recent video. “That there is so much more…than I was getting in a big city like Toronto.”

“I think everyone can relate to it because we all have that voice…we just try our best when we’re in those positions and it’s easier to ignore it than to put action into changing your life,” adds Mark.

Juliana says their nomadic lifestyle began with a vision board, goal setting, and action.

But before that, there were a few realizations the pair had to come to terms with.

“[Westernism] props up the idea that things and stuff, as well as status and wealth, are the gateways to acquiring an elusive yet constant state of happiness and self-worth,” explains Mark. “We are told at a very young age that we must go to school, behave, become employable, get a home and a partner, procreate, and retire tired and old to finally one day focus on what we want…

“Everything in between seems to be about purchasing stuff and amassing wealth to define our success, worth, and achievements on the ride along the way,” he continues.

“And the kicker is, that if you want to do it any other way, well, it takes a lot of courage,” Mark says.” It is this fear that kept us knowing there was more to life, but paralyzed [us] for years before we found the courage together to do something about it.”

As someone who has spent years being held back by the two words what if? I found I could easily relate to Mark and Juliana’s story. But as I soon found on my travels, my perspective of the world was somewhat naive.

I thought that by leaving the “modernity” of New Zealand for more traditional and I suppose “less modern” surroundings, I would find a simpler way of life.

Instead, I once again found myself surrounded by people who were immersed in their phones and laptops everywhere I went – and I, of course, was one of them.

That being said, I found the further I moved from the city, and the more time I spent with nomads and backpackers, the less I was in an environment that had a preoccupation with building up a collection of “things”.

Instead, there was more of a movement of living a healthy, meaningful, and interesting life.

In this new environment, I found a much deeper sense of community and gratitude.

Perhaps it was just the area where I was staying, but there was also ample opportunity to support local artisans and sustainable businesses.

As Juliana says, “In countries and individuals that hold values of western ideals, there seems to be an unfillable hole in the search for meaning, happiness, and peace that we are all encouraged to try to fill with all kinds of strategies that take great effort and money and rarely give much more than a fleeting temporary satisfaction.”

Perhaps it is a coincidence that within my first two weeks in Thailand, I befriended travelers who encouraged me to join them in morning yoga sessions, and that my trip to Nepal was focused on working with local communities and joining a group of volunteers for a morning yoga practice.

More likely, I think, is that those who are looking for health, meaning, and simplicity in life can find much of this through the cultivation of a mindful yoga practice.

As the ancient practice of yoga grows in popularity, and people travel the world looking for a simpler and more meaningful way of life, it raises the question of whether or not, to some extent, most of us have a need to incorporate tradition into our lives and daily routines.

Perhaps this is why locations such as Thailand (more than 93% of Thailand’s population follows Buddhism) and Nepal (where beliefs are heavily influenced by Hinduism and Buddhism) are such popular destinations. Both cultures tend to follow very traditional and religious daily practices – and mindful yoga is intertwined with some of these practices.

In both Buddhism and Hinduism, material detachment is taught and practiced as a means to find peace and a better sense of spirituality.

While consumerism tends to be a distraction from adversity, both Buddhism and Hinduism seek to address and accept life’s hardships.

For Mark and Juliana, mindful yoga has become a daily foundation.

“[For] both of us, yoga has played such a pivotal role, beyond anything else,” says Juliana. “It slowed us down. It allowed us to realize that this is it. That our life is our experience, and our experience is defined by our relationship to our minds, our bodies, and how we see the earth we walk upon. So a much deeper respect was birthed. One that we now go to great measures to uphold and develop deeper every time either of us step on the mat.”

“We often discuss that the pursuit of happiness might actually just be a temporary emotional state, rather than a physical constant state of being and life,” says Mark. “Because just when one might find what they think is a consistent happiness in the circumstances of the life they live, terrible things can and might always eventually happen that make it extremely difficult to maintain happiness.”

“Through the idea that circumstances play a role in happiness, peace might actually be the deeper, more consistent state of being that would bring more value,” adds Juliana. “A peace with the duality of all things – the good and bad, the dark and light, and all the suffering and happiness that we are destined to endure via this human experience.”

Now that I am back in New Zealand, I’ve spent the last month developing a lifestyle that reflects what I learnt on my travels.

I begin each day with mindful yoga and end it with meditation.

Despite social distancing, I’ve had more time to focus on the relationships I value.

And, moving forward, I plan to only purchase items as I need them, rather than as I want them – and only from ethical sources. It’s a shift that I hope to hold on to.

Mina Phillips is a New Zealand-based freelance journalist who specializes in conscious travel and ethical consumerism. To find out more about her work, visit www.minaphillipswriting.com or find her on Instagram: @minaphillipswriting. 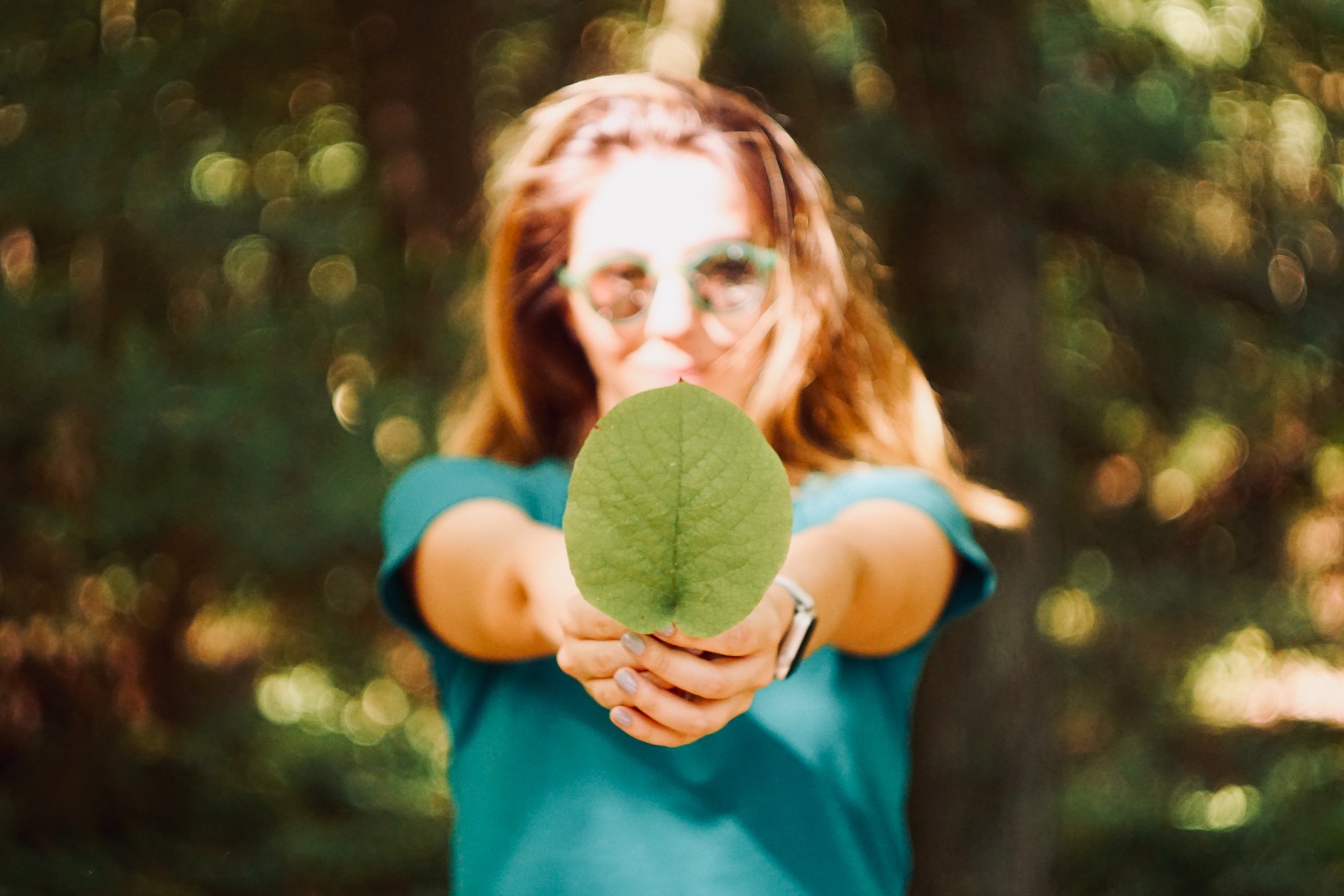 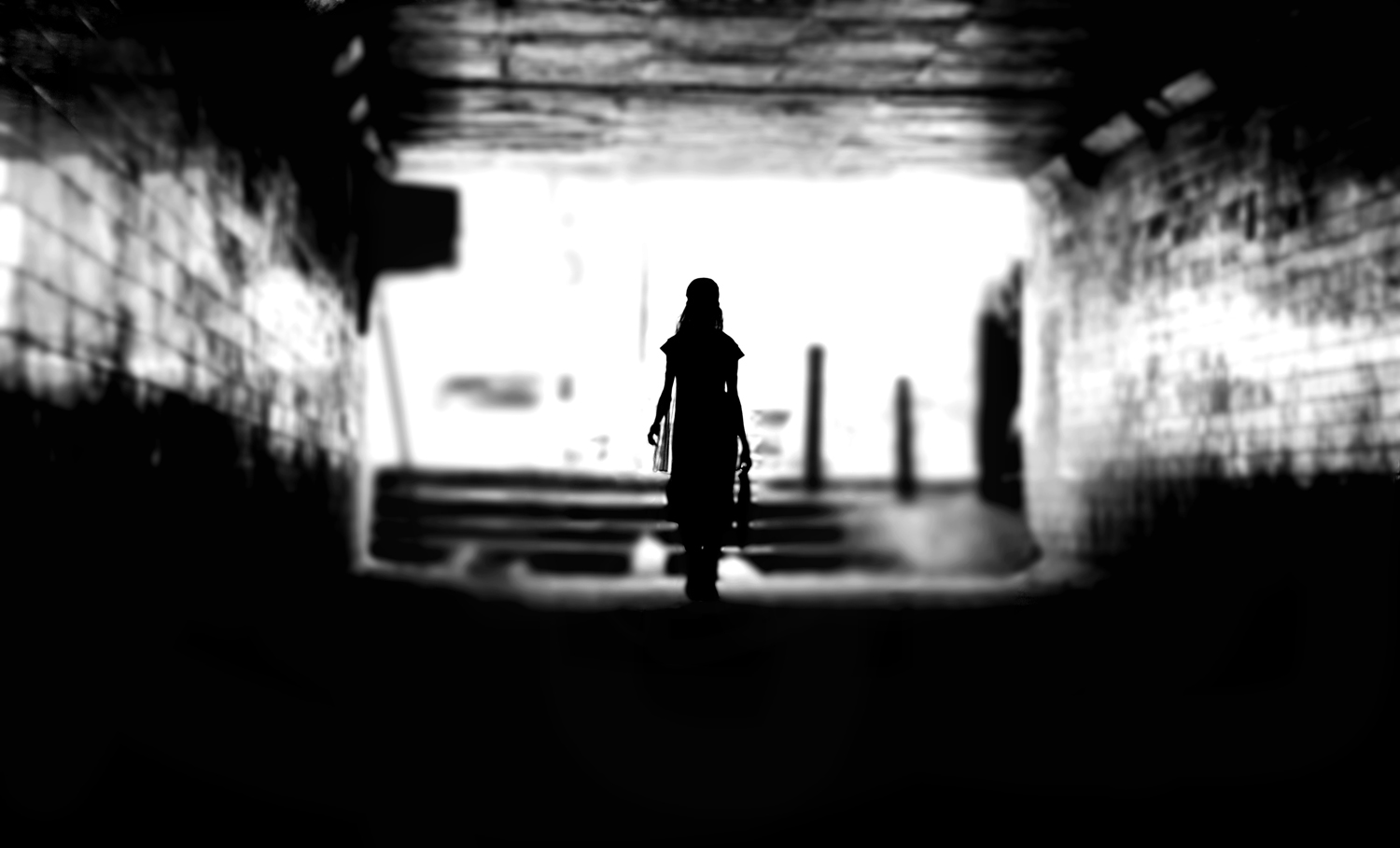 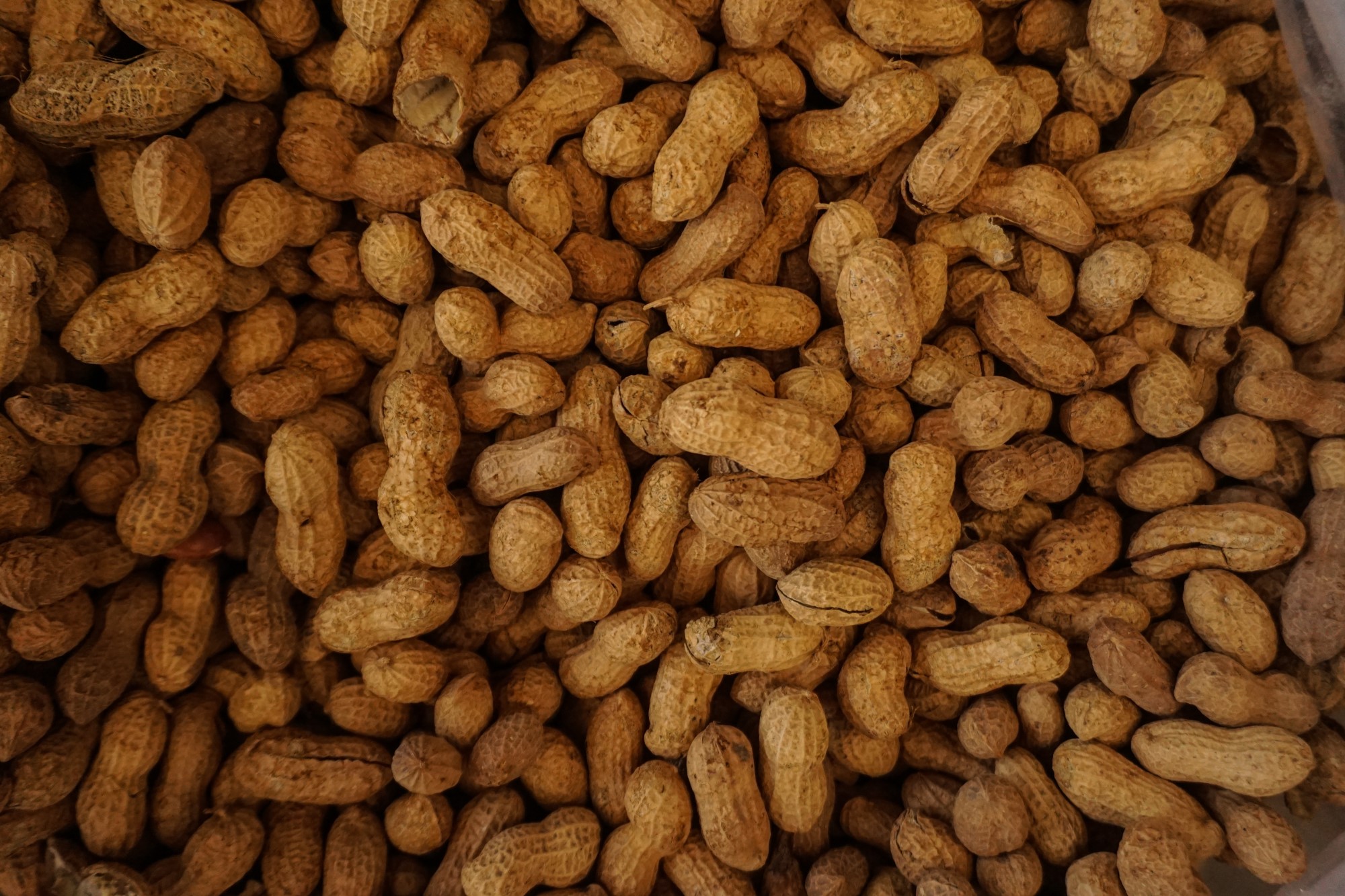 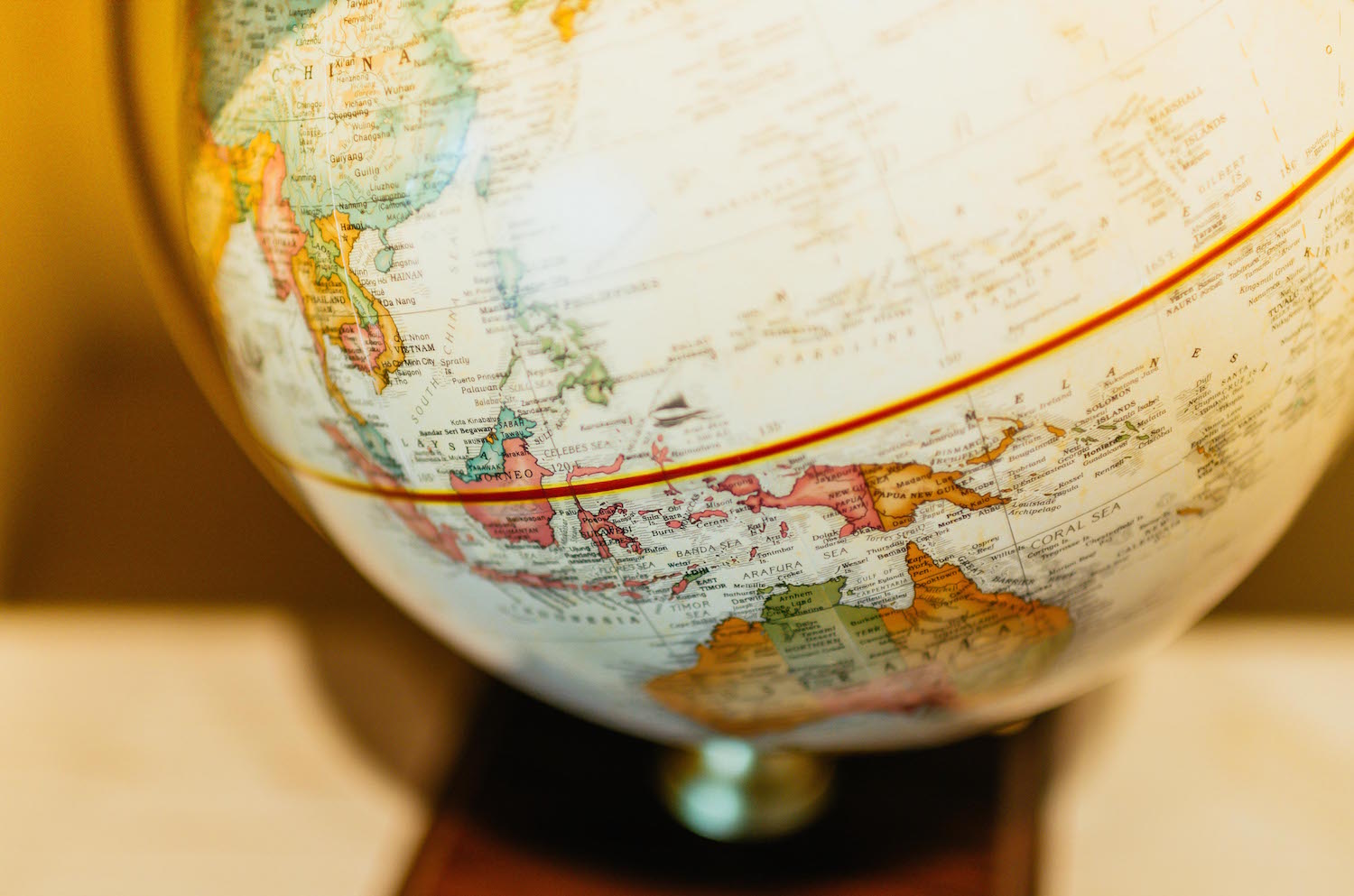