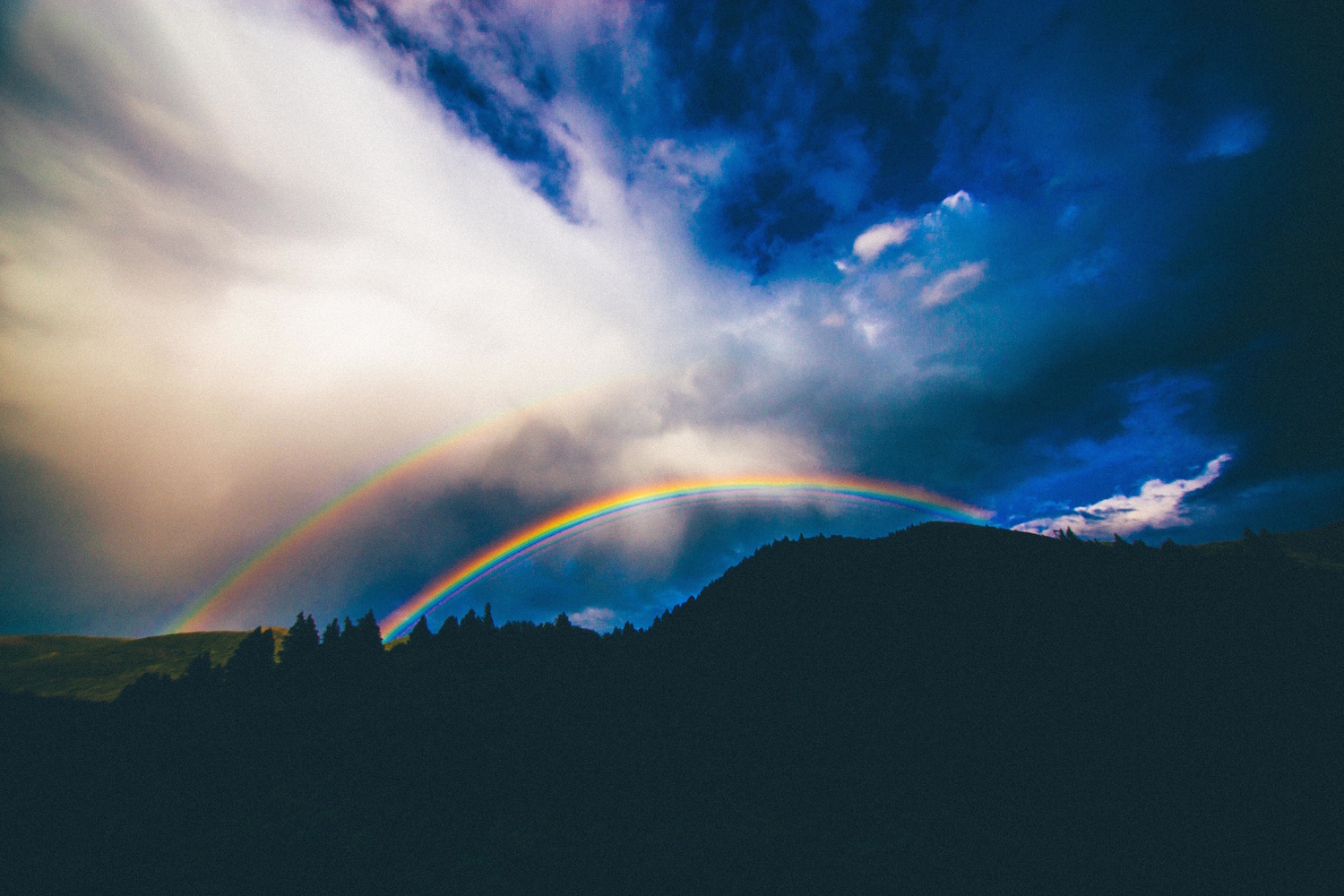 “I hope you don’t mind me asking, but are you sisters? You look so alike,” said the clearly inebriated woman sitting next to us on the plane.

We were on a flight from Auckland and the captain had just requested that we secure our seatbelts for landing in Sydney. “I’ve wanted to ask since I got on the plane,” she added, slurring her words.

When I hesitantly explained that we were a couple, she didn’t hide her surprise, but nevertheless reacted positively.

“Oh, I love lesbians,” she enthused, in an attempt to show us how open-minded she was. 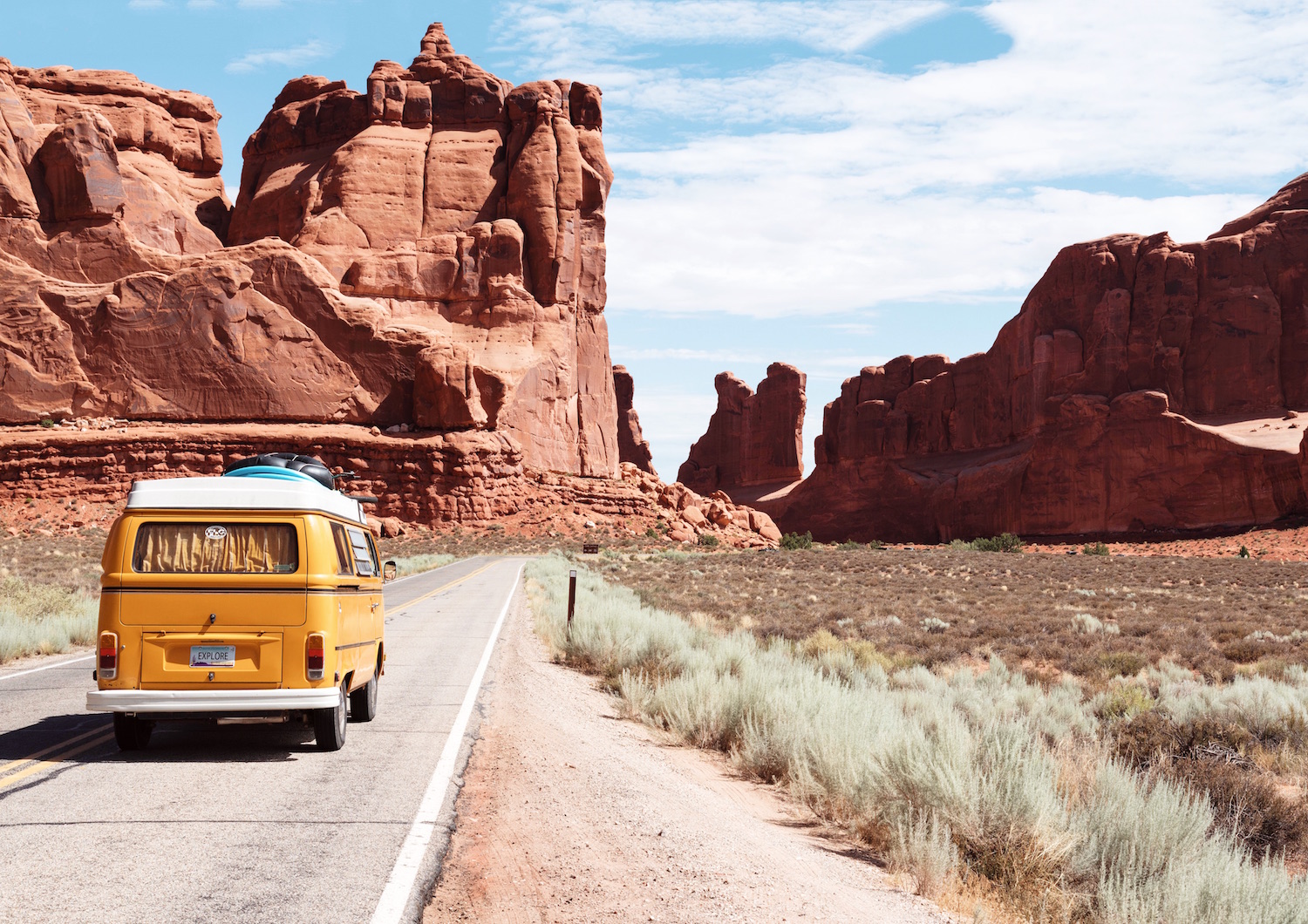 Travel has always been my passion in life.

My teens were spent poring over maps and planning adventures to foreign lands. I dreamed of a world beyond my hometown on the South coast of England. By my early 20s, I had finally saved enough money to make my dreams a reality.

I also struggled with my sexuality at the time. Admitting you were gay back in the 80s was a pretty hard thing to do, especially in some of the countries I ended up spending time in. Hell, I could barely admit it to myself. Consequently, I was used to keeping a low profile.

But for the next few years, I ventured far and wide. I worked in summer camps in the USA and, at the end of each season, hit the road. I traversed the States by Greyhound, took a trip on a hippie bus through the Southwest, and dipped into Mexico — where I slept on the beach and sampled tequila for the first time.

My American adventures were followed by a year-long round-the-world journey in 1985. I sailed on cargo boats around the Pacific Islands and backpacked through New Zealand, Australia, Singapore, Malaysia, Thailand, and the Seychelles. 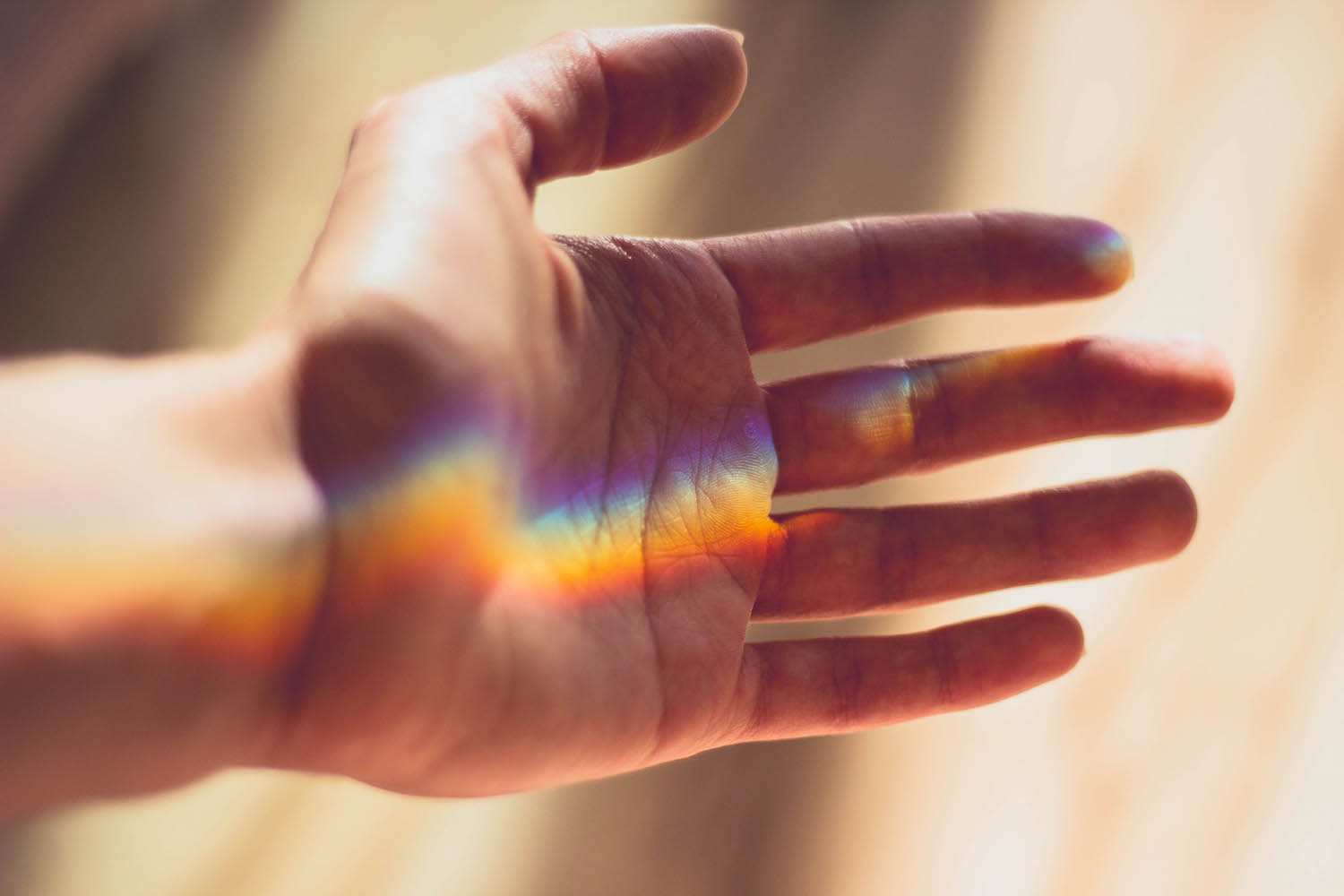 I was officially addicted to travel.

Back home in the UK, I established a pattern: get job, quit job, travel, repeat. It was on one of my employed periods that I met my partner Teresa.

We moved to Brighton, made friends, and immersed ourselves in the LGBT scene. I was finally becoming comfortable with who I was.

Although Teresa hadn’t traveled much, she was keen to see the world. But our long-term travel plans were shelved while we rented an apartment, slaved away in mundane jobs, watched TV in the evenings, and went to the pub at weekends. 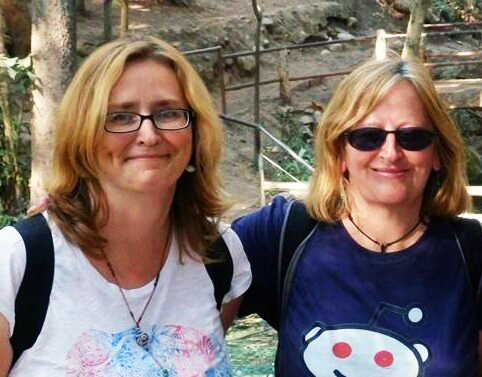 There were a few great vacations — including trips to the USA, Peru, India, Borneo, Turkey, Cambodia, and Laos — but they never quite cracked it for us. After seven years of stability, we decided enough was enough.

In 2000, we purchased two round-the-world tickets, gave notice at our jobs, threw a party, and set off to explore the world. We’ve been traveling together ever since.

Over the years, we’ve met some lesbians who prefer to travel to countries that are known to be LGBT-friendly.

This might make for an arguably easier experience, but it also means missing out on some fascinating and unique cultures. That’s never been an option for us.

Sure, there’s always a desire to be open and enlighten others we meet, but our general policy is discretion and respect for local customs — particularly in countries known to have a dubious attitude toward homosexuality. We are not the most publicly demonstrative of couples, so this hasn’t been too much of a problem.

When in doubt, we usually tell others we’re friends.

Meeting new people usually means having to decide whether or not to come out.

And as travelers, we’re constantly meeting new people. This has made for some amusing instances.

In 2007 we went to Peru and  trekked the Inca Trail with two gay male friends. On our last full day on the trail, our guide started paying a little too much attention to Teresa. He mentioned that a dance was being held at our last camping spot and suggested that she attend with him.

When we reached the campsite, Teresa headed off to find the showers, but came running back a few minutes later. Apparently, the guide had followed her and attempted to step up his amorous intentions.

Because we didn’t feel comfortable revealing our relationship status (at least outside of a larger city like Lima), Teresa told him that one of the guys we were with was her boyfriend. He soon backed off and we all laughed about it later. She never did get to have her shower!

We have been to India together three times — in 2000, in 2004, and in 2012. Quickly, we discovered that admitting to being unmarried when we were both clearly over 30 evoked looks of pity, shock, and sometimes even horror.

The final straw came during a long-haul bus trip. On a break in the journey, we got talking to the friendly bus driver, who asked where our husbands and children were. When we explained that we didn’t have either, he refused to speak to us again for the rest of the trip.

After experiencing similar reactions a few more times, we were so worn down that we began resentfully inventing husbands. We told anyone who asked that “Nick” and “Matt” were too busy at home working to join us on the trip. Attempting to explain that we were a lesbian couple was beyond comprehension for many people, especially those living outside major cities.

Our most common recurring problem is The Bed Issue.

Even when having pre-booked a double room, two women arriving at a hotel often results in being given two beds, rather than a double. Sometimes, sincere apologies are offered because only a double is available (Problem solved!). Other times, we’re asked — rather awkwardly — if we require one bed or two.

Once, in Sri Lanka, a hotel proprietor — in an attempt to be kind and helpful — even offered us an extra room free of charge. We insisted that it was a lovely offer, but unnecessary. 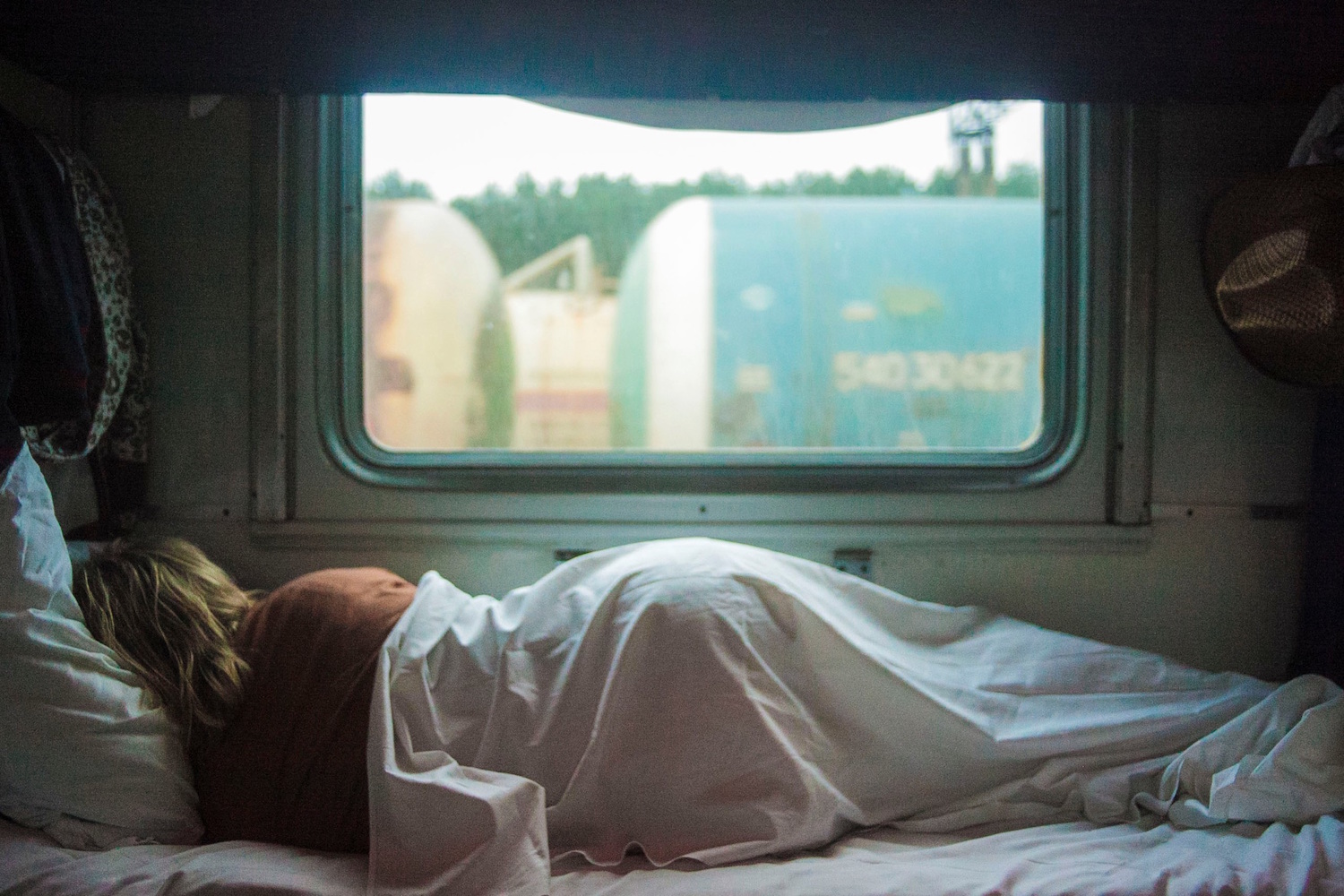 Considering this is the main issue we’ve faced on our travels, we definitely don’t have much to complain about.

Because overwhelmingly, we’ve been surprised by how accepting the world is.

In Italy in 2013, we found that although the country has many antigay laws in place, the younger generation is decidedly pro-LGBT. Despite the opposition of the church, things are definitely changing for the better.

To witness progress being made in traditionally religious countries is so encouraging.

In Bali in 2012, we arranged for a guide, Ketut, to take us to a few Hindu places of worship to witness some ceremonies. Most of the Balinese people we met were extremely religious, and we found many traditionally conservative customs in the country — particularly surrounding women.

So, as you can imagine, I was pretty taken aback when Ketut referred to Teresa as my partner during a conversation over lunch. When I asked if our relationship would be accepted in Bali, he replied that it wouldn’t, but that he was aware it was allowed in Western countries and he was “cool with it.” I’m still not sure how he knew!

Travel as a lesbian couple has been an incredibly positive experience.

We have never — not once — felt threatened or unsafe.

The most we’ve had to contend with is The Bed Issue, or the occasional question about whether we’re friends or sisters or — once or twice — mother and daughter (with only seven years between us, I wasn’t too thrilled with that assumption). 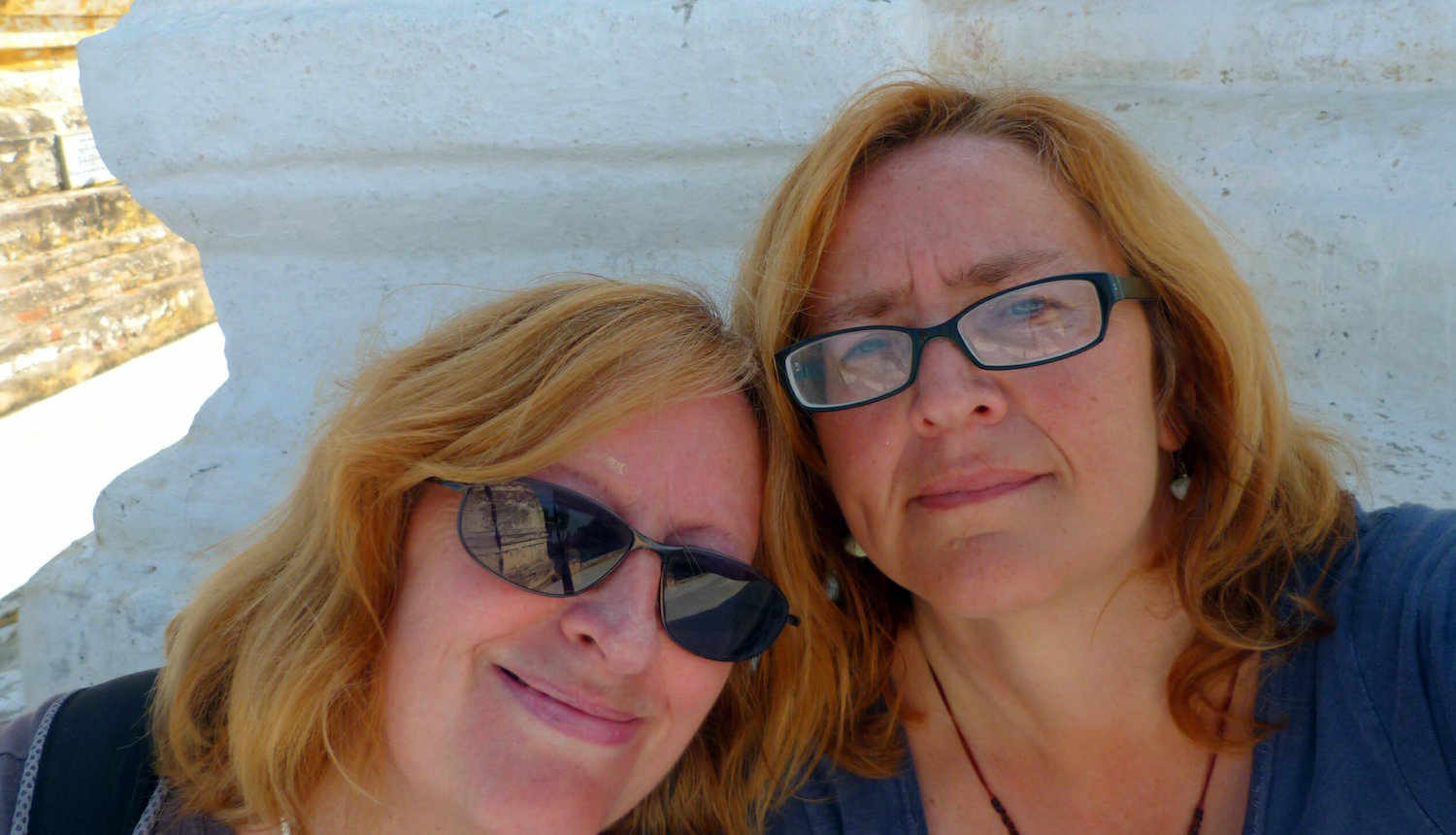 These days, Teresa and I both work location independently, which allows us to travel full time. In the fall, we made it to Mexico for Day of the Dead (something we had wanted to do for many years). We’re now spending a month in Antigua, Guatemala and will be working our way down through Central America to Panama City in the following months.

And I am deriving as much pleasure from my adventures now as I did 25 years ago.

My personal journey in the last quarter century has been one of enlightenment and discovery. I truly believe that most humans are genuine and compassionate. Sure, there are a few bad guys out there, but the majority of people we’ve met on our adventures have helped us on our way.

Though strangers are sometimes inquisitive, they don’t really care about the status of our relationship. And, in the end, that’s the way it should be.

Are you a queer world traveler? What’s your experience been? Share in the comments!

I am a perpetual and passionate traveler from the UK. At 23, I took a road trip from New York to Los Angeles, a life changing experience. I have never looked back! Between jobs of all descriptions, I have worked at summer camps in the USA, taken a couple of year-long round-the-world trips and many multi-month adventures. I have visited or lived in over fifty countries, my favorites to date being the equally colorful and consuming India and Mexico. Thirty years later, I am still backpacking my way around the planet, volunteering, housesitting, hiking, camping, and writing about my adventures. 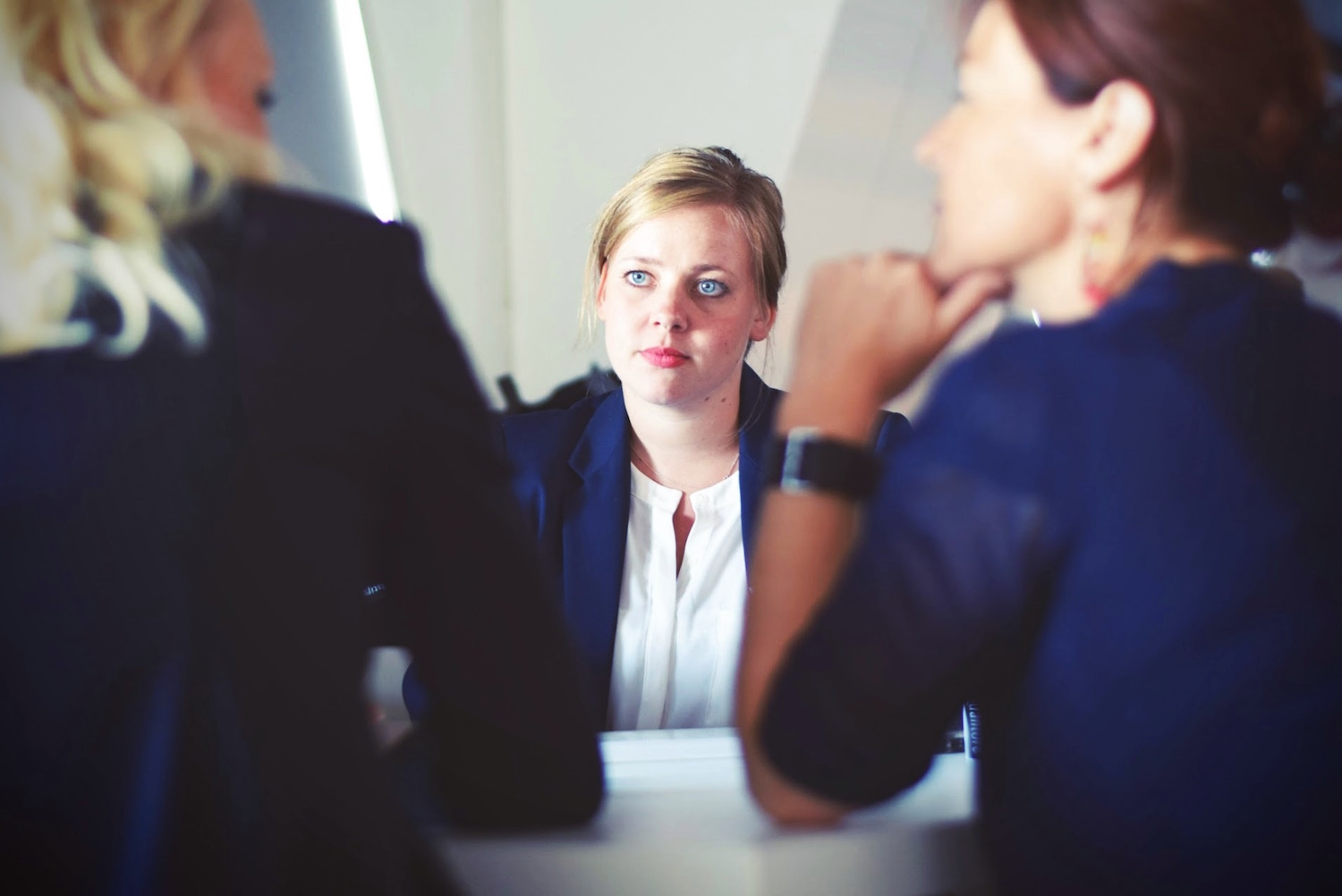 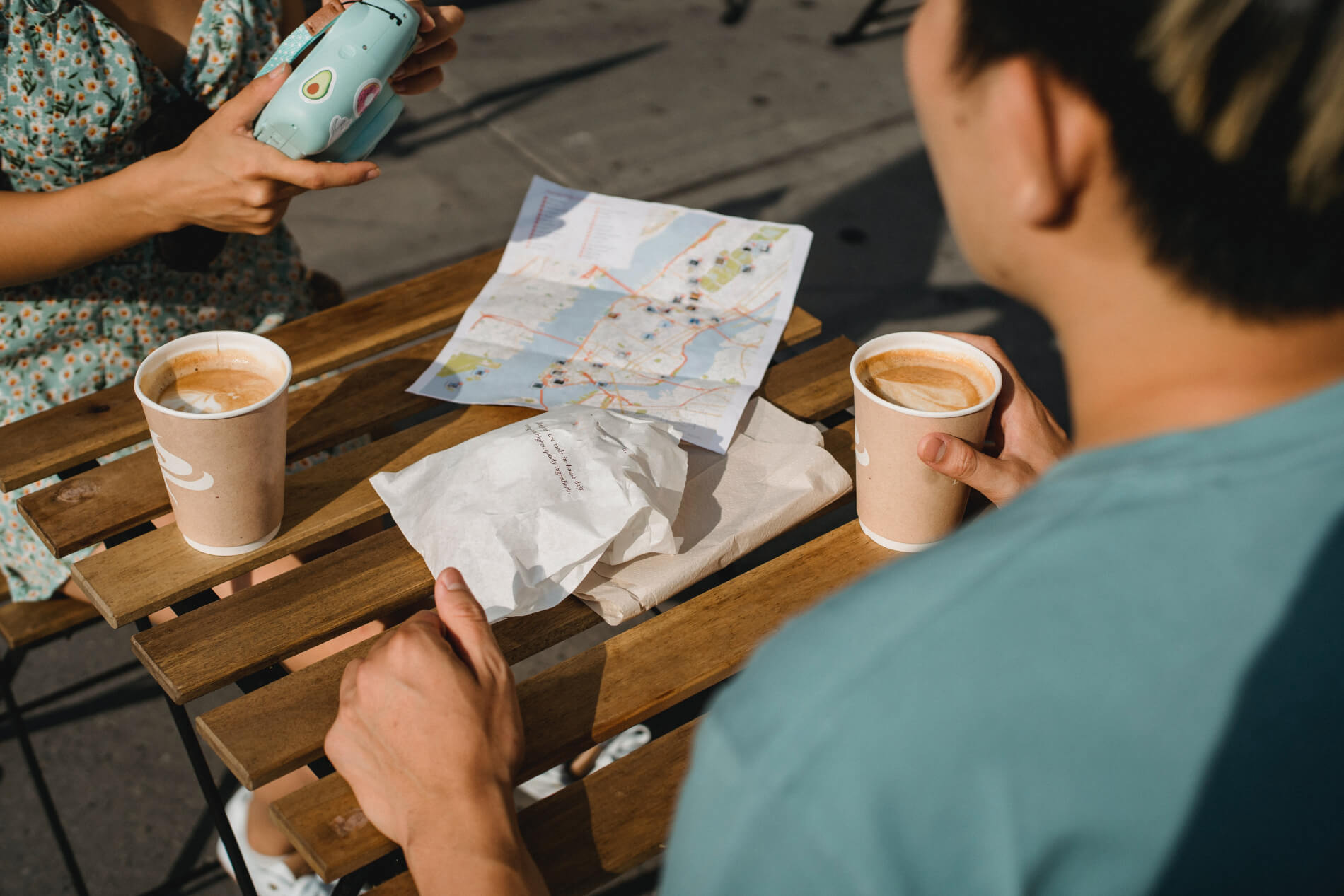 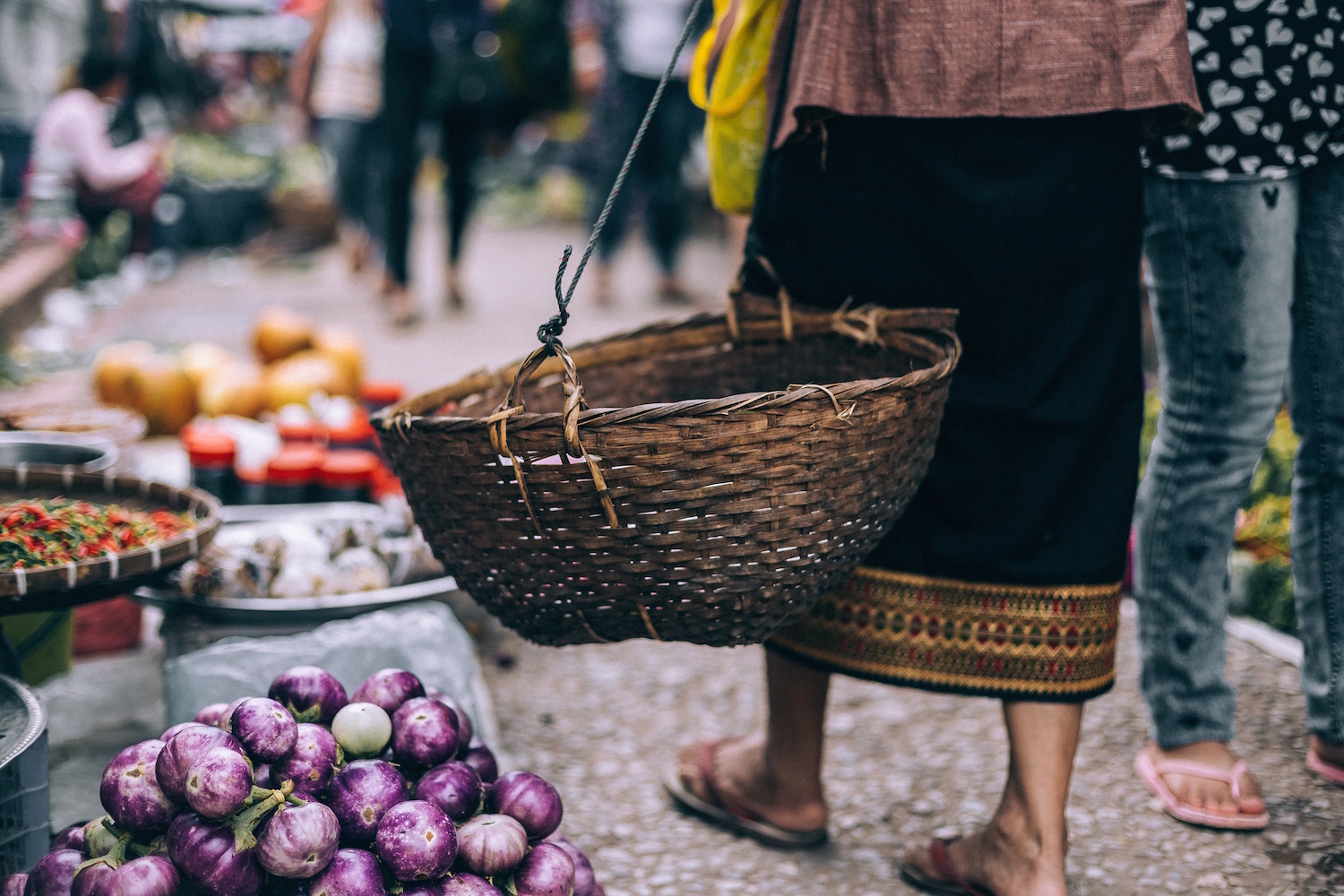 Using Exercise to Counter the Blues