A challenge: our safari car getting stuck in a lake bed. Photo courtesy of Ali Rucker.

To celebrate the first year of my Peace Corps service, I wanted to incorporate another Peace Corps volunteer’s story into my column. I asked Ali Rucker, a fellow classmate and Peace Corps Tanzania volunteer, to guest post because, while both of us are queer women volunteering abroad, we have vastly different experiences in terms of staying in and out of the travel closet. I’m privileged enough to live in a large, relatively progressive city in Nicaragua, and while I’ve had to go into the “travel closet” for my own safety in certain situations, I am mostly out in my country. Read about Ali’s fearless attitude  and how she navigates being an LGBTQ advocate in Tanzania.

Serving in the Peace Corps is a hailstorm of challenges that no interview, application, or anecdote could ever prepare you for.

From witnessing the devastating effects of malaria to being told, “Rich white tourist woman, you have fattened!!” by acquaintances no matter how rich you are, whether or not you’ve gained weight, what you’re wearing, or where you’re going, every day of Peace Corps service presents a new frustration. 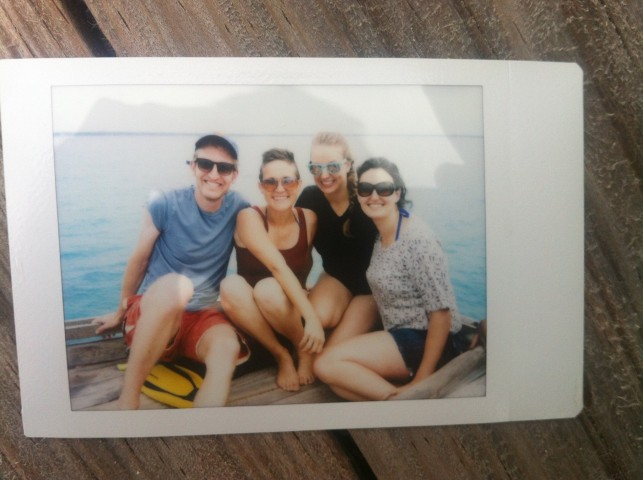 On vacation with friends! Image courtesy of Ali Rucker.

The communal attitude toward handling those struggles? Have a thick skin, plenty of resilience, and remember: “This experience is what you make it.”

But each volunteer has a diverse personal identity that will be accepted to different degrees in different countries. I, for example, identify as an atheist, queer, feminist, first-generation-college-educated, raised-below-the-poverty-line, American, cis, white woman living in a deeply religious, homophobic, socioeconomically developing, patriarchal East African society. (Both my identity and Tanzanian society are much more complicated than that, of course. I’m only trying to highlight a few of the more difficult diversity issues.)

Here, coming out about non-hetero-normative sexual orientation to host-country nationals is essentially prohibited.

People are still beaten, jailed, stalked, and killed, at official and village-justice levels, for any homoerotic act. Volunteers are advised by staff that it is illegal and unsafe to be out and encouraged to go back in the “closet,” if they were ever in it.

Some days, it seems nearly impossible to fit in and make close connections with people in a culture I know resents essential parts of who I am. But, with a lot of self-love and compassion for others, I almost always find ways to connect positively with others.

Even though I’ll never be able to tell my Tanzanian friends and colleagues the truth about my sexuality, I make a little progress by finding subtle ways to stand up for injustices against the queer community.

In conversations about racism, civil rights, and anti-homosexuality, I share with Tanzanians that many Americans believe it is important not to discriminate, criminalize non-violent behavior, or restrict rights to any specific group of people in light of our tragic history (and arguably our present, too) of legally and socially oppressing minority groups.

We then usually swap and confirm historical knowledge about treatment of Native Americans, American slavery, Jim-Crow-era laws, and immigration laws that grossly violated people’s most basic rights (spoken exclusively in Swahili, of course, since I got that vocabulary on lock — not[!]). Because Tanzanians are very aware of the terrible effects of the slave trade, they can often quickly relate to the injustice of withholding fair treatment from innocent people, whether queer or black.

Another example I use that opens Tanzanians’ minds to accepting LGBTQ-identified people in society is the 1993 South African legislation that ended all forms of legal discrimination against any group of people, including decriminalizing homosexual acts and granting the right to same-sex marriage. During the historic end of apartheid, South African President Nelson Mandela knew it was a critical moment to extend equality to all. He became one of the first African leaders to politically challenge his country’s and, by extension, his continent’s, homophobia. South Africa is an exemplary leader for change and development within Africa, so this particular example speaks volumes to Tanzanians.

As one of few LGBTQ-identified Peace Corps volunteers serving in Tanzania, its also important for me to be open about my orientation and advocate for diversity within the volunteer community. Given Americans’ varying levels of exposure to different kinds of diversity, it’s also important to help volunteers be allies and positively support each other.

As coordinator, I advise U.S. staff on how to better support LGBTQ volunteers, how to educate host-country national staff about acceptance and support of LGBTQ volunteers, and connect volunteers to safe-space resources and volunteer allies in-country. LGBTQ volunteers often face great mental health challenges in balancing their identities and their safety with their service, and our peer support network offers a safe space within Tanzania for volunteers to be honest about who they really are and the challenges of living in such a strongly homophobic society. 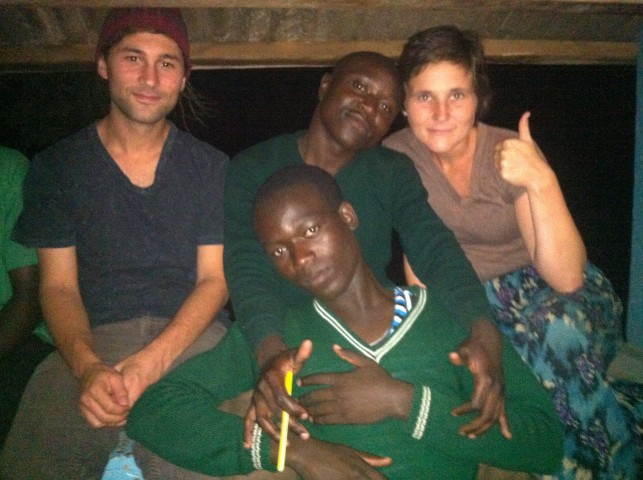 With my TEFL high schoolers. Photo courtesy of Ali Rucker.

Most people stay resilient through the hailstorm by realizing that the more we take care of ourselves and our mental health, the better we can serve others.

The Peace Corps benefits immensely from LGBTQ and other minority group volunteers because they often have unique perspectives to share with people from all over the world: those they are serving, other volunteers, and staff. While agreeing to go back into the closet for two years after five years out has been extremely isolating at times, this is absolutely work worth doing. The conversations about queer issues may be markedly different in Tanzania compared to my native San Francisco, California, but both conversations are equally important to progressing queer rights everywhere. And no one can advocate for LGBTQ equality better than LGBTQ-identified folks.

Didn’t we desire to travel the world for that insanely challenging and unpredictable personal challenge that living abroad promises to be and most certainly is?

If you’re queer and considering Peace Corps or any other work-live abroad experience, I can’t encourage you enough to go, take the leap of faith, and make your voice heard. It may not always be possible to be totally honest about everything you think, but keep your eyes peeled, and you’ll find a way to change the world, maybe just one conversation at a time.

Happy travels, and shout out to fellow PCV and Wellesley Alum Char Stoever for guesting me on Wanderful! 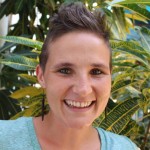 Ali Rucker is a high-school English teacher and Peace Corps Tanzania volunteer. Hailing from San Francisco, California, she relocated to Wellesley College to study ethnomusicology and Italian. During a year abroad in Bologna, Italy, wanderlust captured her life’s ambitions. After two years as a legal assistant at a public interest law firm specializing in employment, civil rights, and election law, she finally was accepted into Peace Corps. She loves learning new languages and talking with people from all over the world. She enjoys having a shaved head, laughing with students, cooking, and facing the unending challenge of living without electricity and running water. Post-Peace Corps, she might complete a Hatha yoga teacher training in India and start a certificate in culinary arts or nutrition in the States. 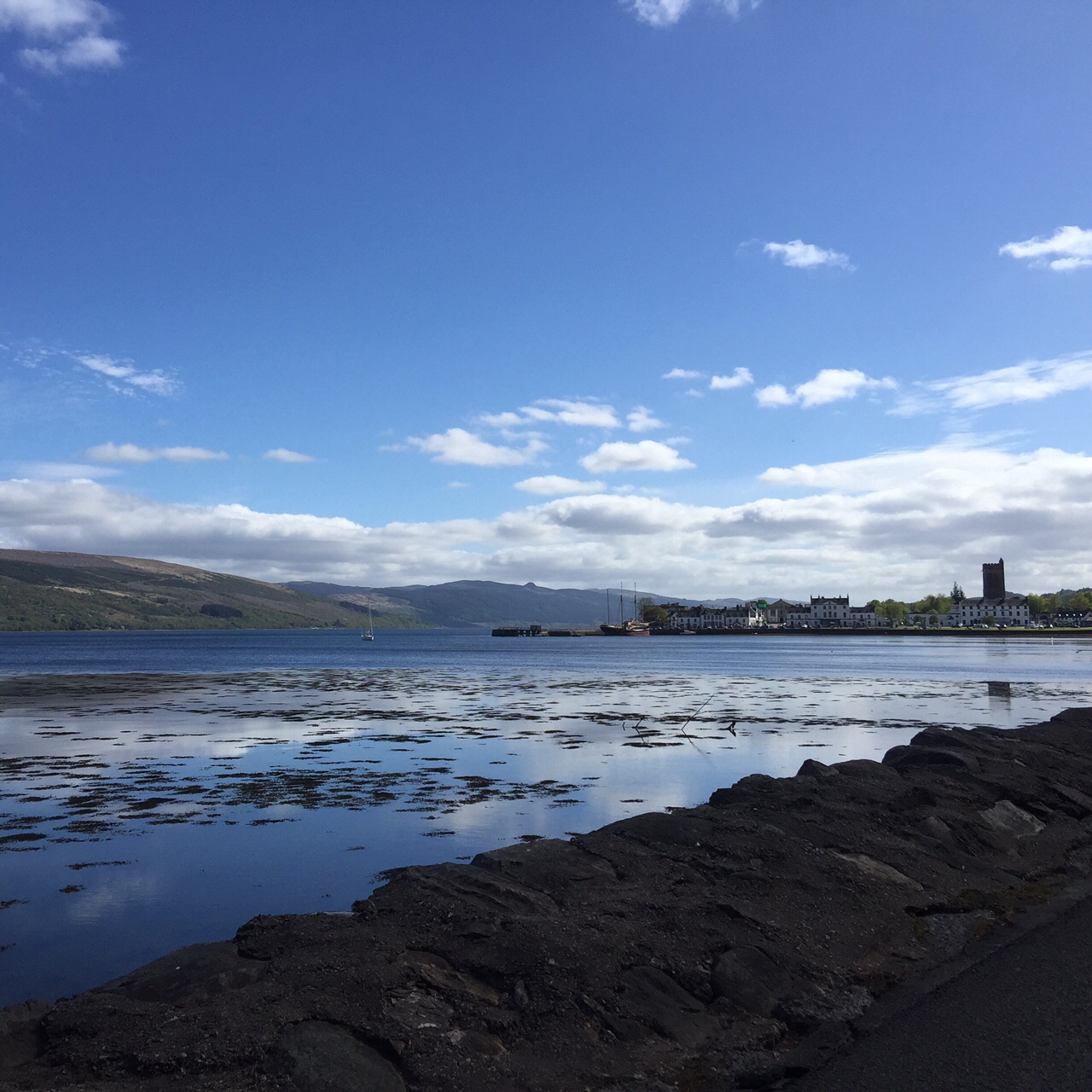 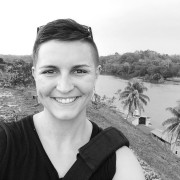